Sgt Pepper taught the band to play twenty years ago according to the Beatles; Club América taught Mexico to play a century ago. Far from the oldest club in the country, they are one of the most successful and initially only recruited Mexican players into their squad.

Success since then has been consistently achieved, rivalled only by Chivas in Liga MX. 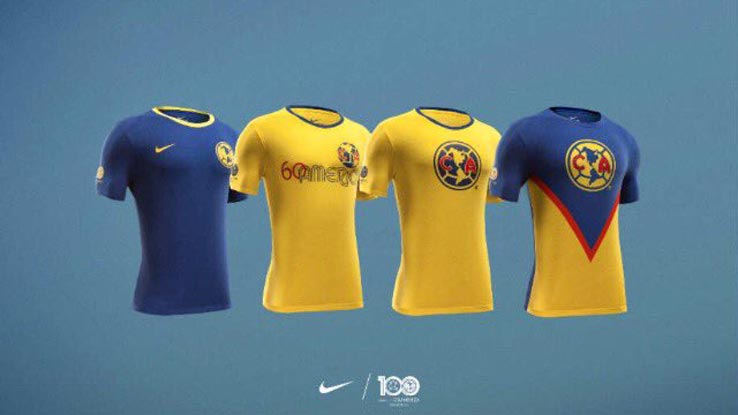 Club ‘technical partner’ Nike has produced four t-shirts based around iconic moments in the club’s history. Part of the ‘Legendary Collection’, the shirts recall key players from those years: 1966, 1976, 1978 and 1984.

This is the shirt inspired by Club America’s 1966 ‘moment’. 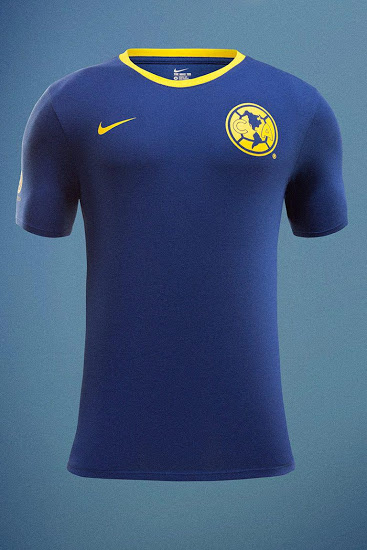 Commemorating a new era for the club, the blue shirt with yellow collar is styled on those worn in the inaugural season of the Estadio Azteca. The first goalscorer, remembered here was Arlindo Dos Santos in a friendly against the Italian club, Torino.

A decade later, in 1976, the club won the Primera Division title as well as the ‘Campeon de Campeones’ with a 2 – 1 victory over Tigres.

This yellow shirt features the number of Cristobal Ortega, who remains the club’s leading appearance maker. 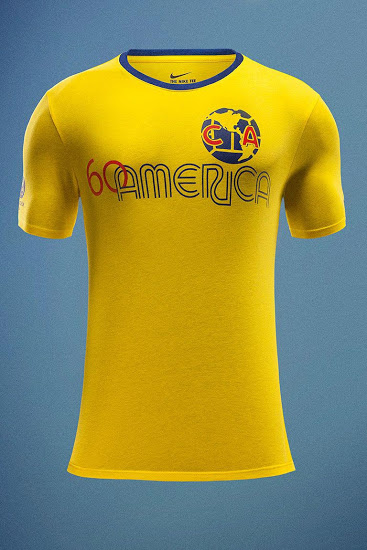 A year later, the club won the CONCACAF Champions Cup and followed that with a play-off victory in the Copa Americana. The winning goal came from Carlos Reinoso after the two sides had won their home leg of the final. 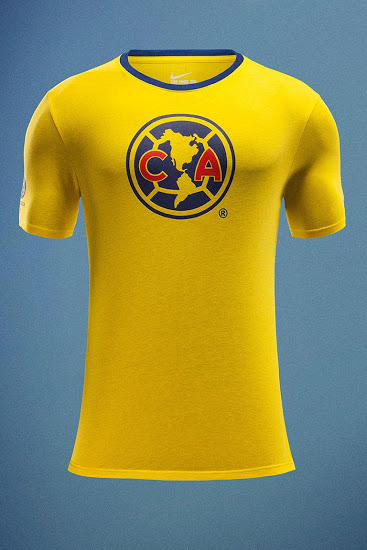 1984 was the first of three consecutive Primera Division titles. The third season – 1985/86 – was curtailed with the last ten weeks cancelled due to the tragic Mexico City earthquake of that year.

Alfred Tena – like Reinoso and Ortega – is a member of the Club America ‘Hall of Fame’. Known as Capitán Furia, he made over 600 appearances for the side, winning six league titles, 3 Champions League and 2 Copa Intermericana. 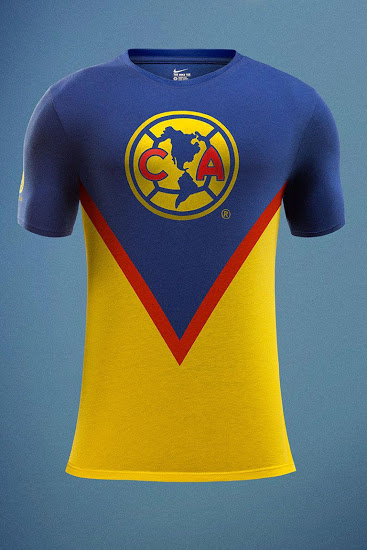