A year ahead of Roma, Northern Ireland club Coleraine celebrate their 90th anniversary next year with a specially commissioned shirt celebrating the occasion. Strictly a limited edition, only 90 are available.

The Bannsiders finished fifth in last season‘s NIFL Premiership although currently sit fourth this season. Although one place ahead of bitter local rivals Ballymena United on goal difference makes the situation feel a whole lot better.

This is the Colerain 90th Anniversary shirt: 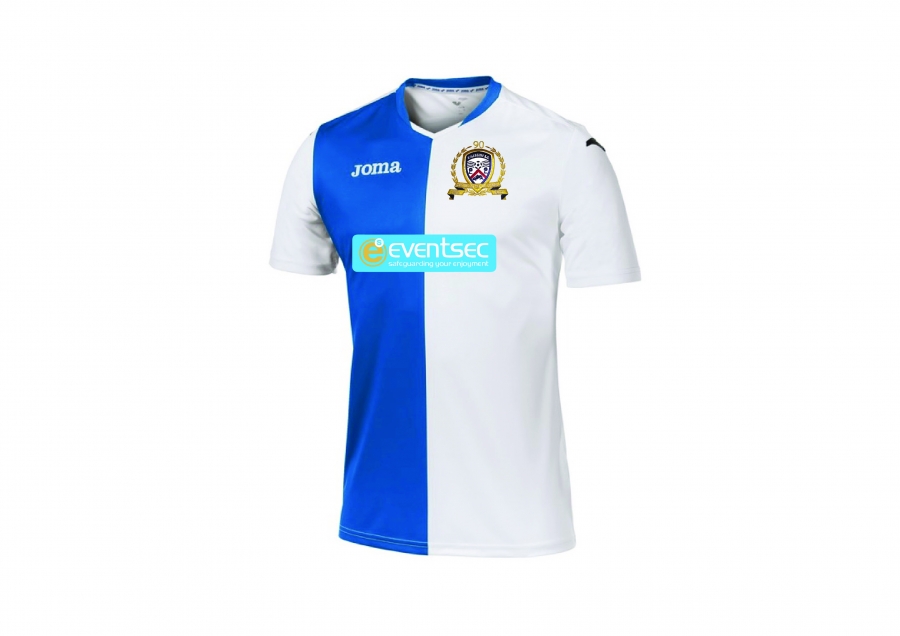 The club underlined the one-off nature of the kit.

“These shirts are a one-off special commission by the club. I can assure you we won’t be repeating this design.

“We had the badge specially designed and they won’t be available in the club shop. Orders must be placed through myself (e-mail genmancfc1927@gmail.com) and only when payment is received will the shirts be ordered.

“It is a case of first come first served so I would encourage supporters to get your order in early to avoid disappointment.”

The Stripes will wear the new kit for a match in the New Year. Interest among supporters has already been huge and the 90 are sure to sell out quickly.