Chile‘s most successful club, Colo-Colo, released their 2016/17 home kit this week. 31 domestic titles underlines their prominence in the country’s football; nothing since 2015’s Apertura triumph tells a tale of how difficult dominance is. 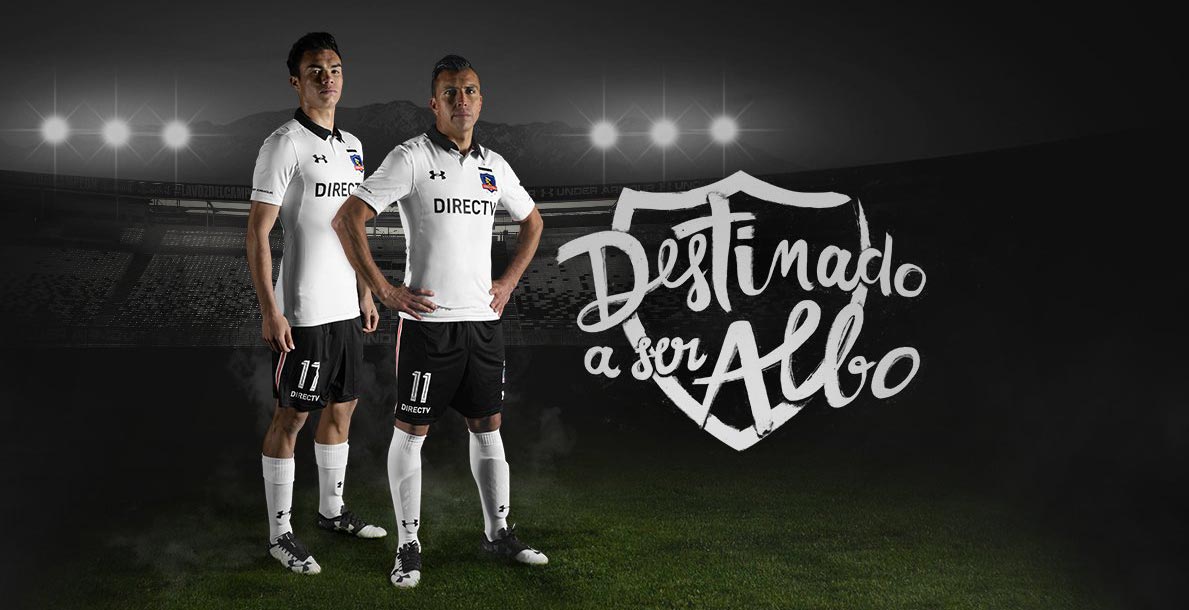 Currently fifth, Colo-Colo await the runners-up in this season’s Apetura season. A play-off decides who plays in the Copa Libertadores or Copa Sudamerciana. These are the tournaments which are CONMEBOL’s Champions League and Europa League equivalents.

This is the Colo-Colo 2016/17 home kit, designed by Under Armour 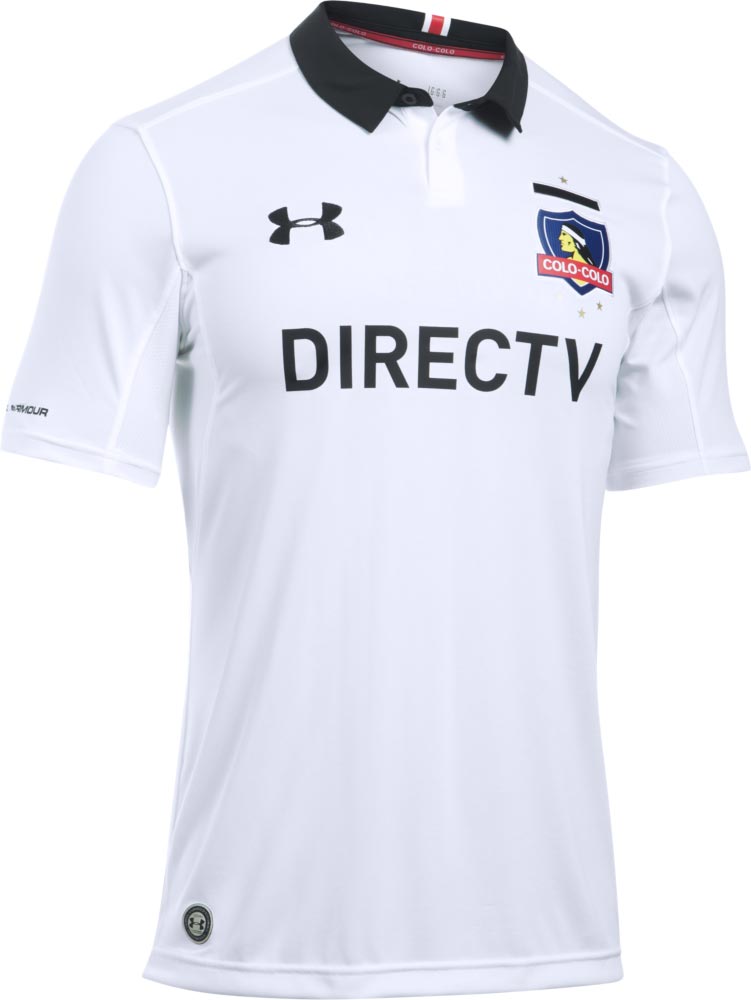 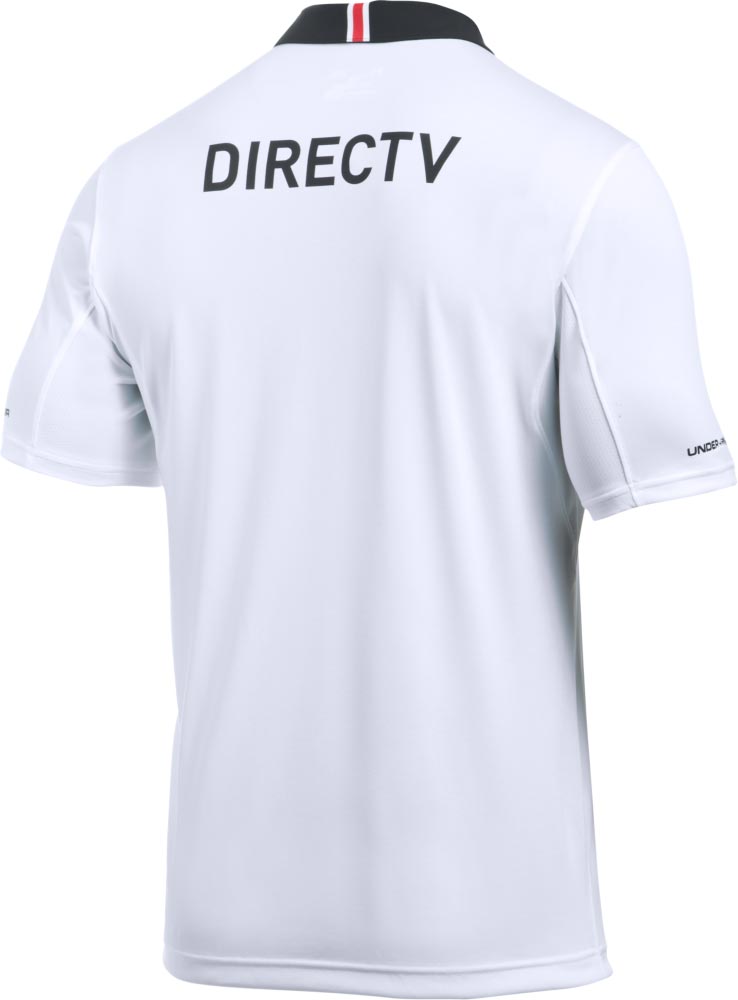 It’s a traditional white shirt for Colo-Colo this season in both Apertura and Clausura campaigns.

Supporters appeased by the withdrawal of yellow trim in the previous kit, are satisfied by the return to a traditional design.

Furthermore, a white base colour accompanied by a black polo-style collar is as traditional as it gets. Even the sponsors logo is understated, something this shirt demands. Straightforward, there’s no messing around with splashes or accents; this is a sponsor’s name – nothing more, nothing less.

The designer let loose their creative streak on the outside of the back of the collar. A white/red/white stripe combination smacks of rebellion in the design process; daredevils one and all.

Finally. the kit is finished with black shorts and white socks.