Costa Rica will wear a new shirt during the qualifiers for the World Cup finals to be held in Russia in 2018. Los Ticos ended the fourth round of their campaign with wins over Haiti and Panama in September. During the November international break, the Costa Ricans travel to Trinidad and Tobago before hosting the USA Mens National Team.

Honduras and Mexico complete the six team tournament with the top three qualifying for the Finals whilst the fourth placed side must face a play-off against the fifth-placed team in the Asian Football Confederation’s qualifying campaign. 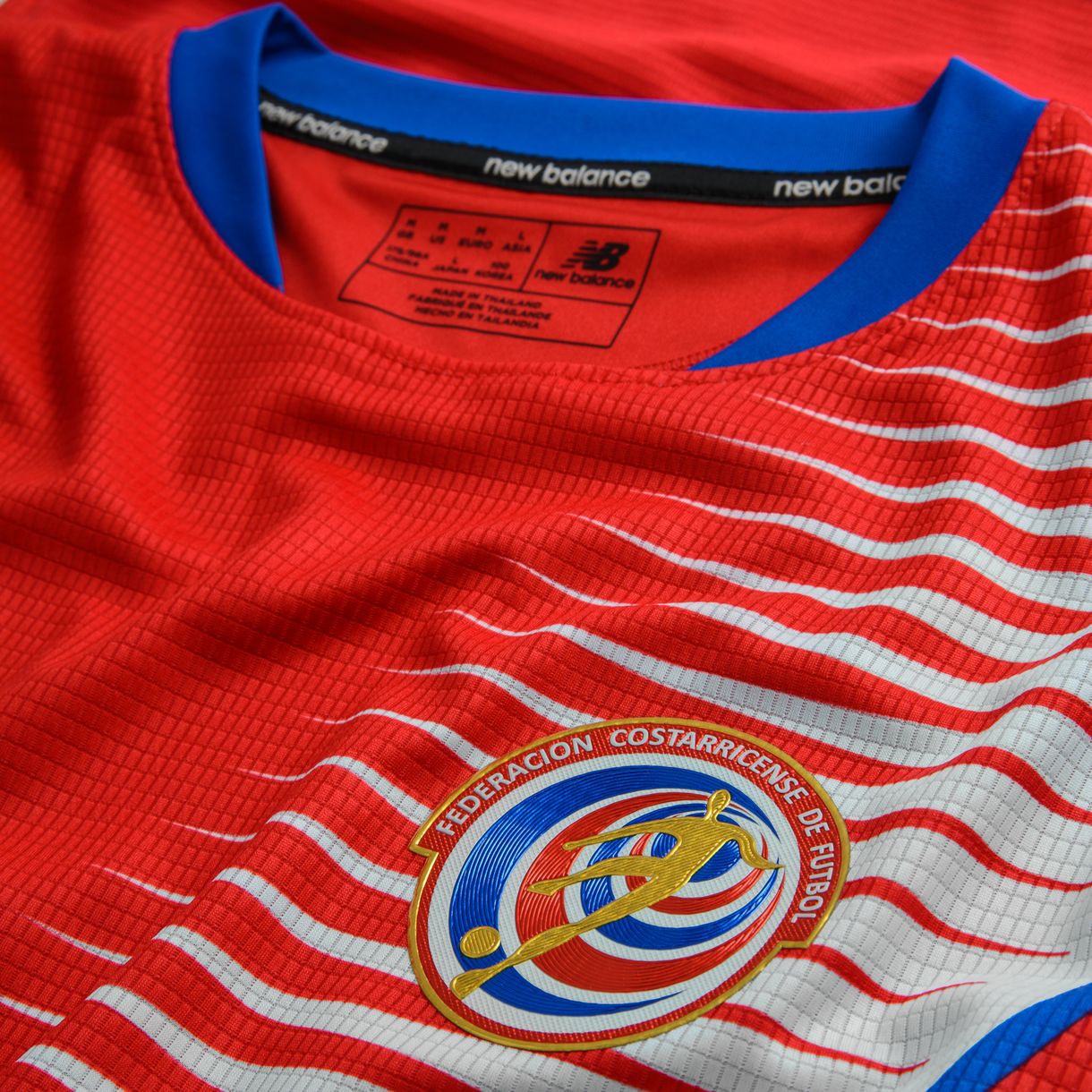 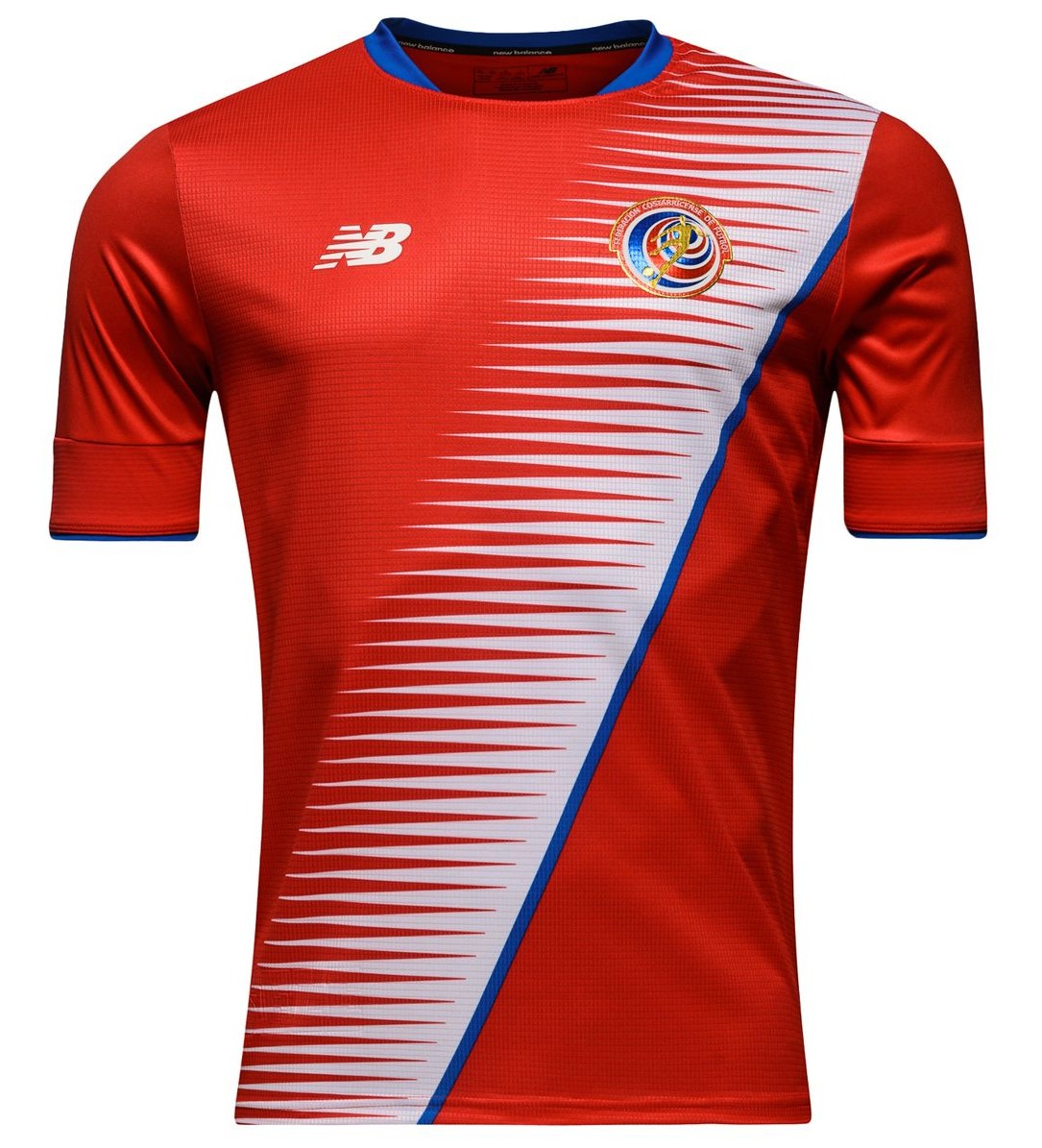 Previously, the Costa Rica home shirt was plain red but now a graphic pattern has been added to the front. Running from left shoulder to right hemline is a thin blue band. From the emerges a white design on the right hand side of the shirt. 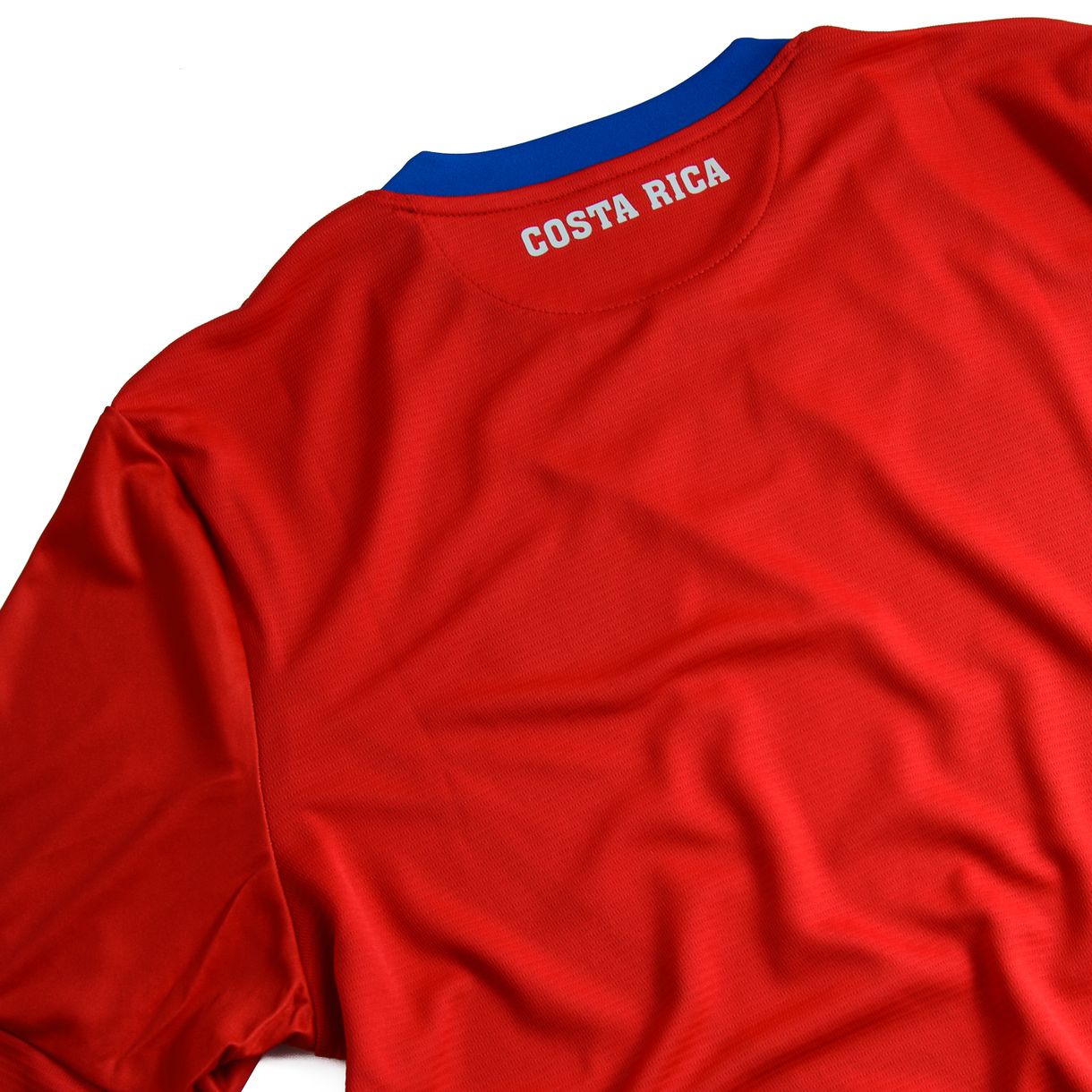 The collar of the shirt is blue running in a three-quarter round neck. The cuffs have red blocks with a thin blue accent at the bottom. Across the front of the shirt is runs a series of small squares completing the graphic pattern.

On the back of the shirt, ‘COSTA RICA’ is printed underneath the collar.

It’s an intriguing design and one which beats a simple white sash hands down.