Coventry City have released their 2016/17 home kit. The club faces an uncertain future off the pitch with supporters still not sure where next season’s matches will be played. Their current tenancy at the Ricoh Arena is under threat with the back-up plan of a groundshare arrangement with Coventry Rugby Club criticised by supporters. 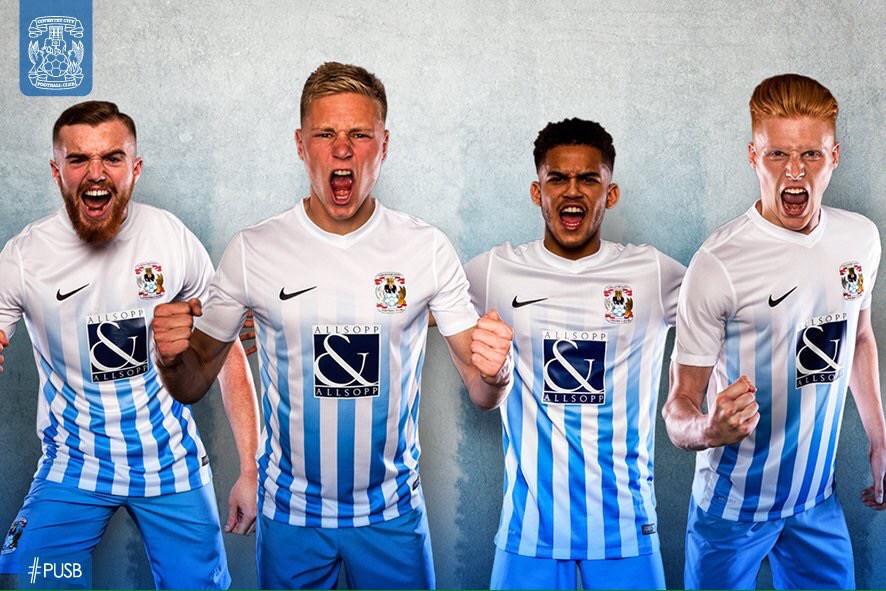 This is the home kit which Coventry City will wear for the 2016/17 season. 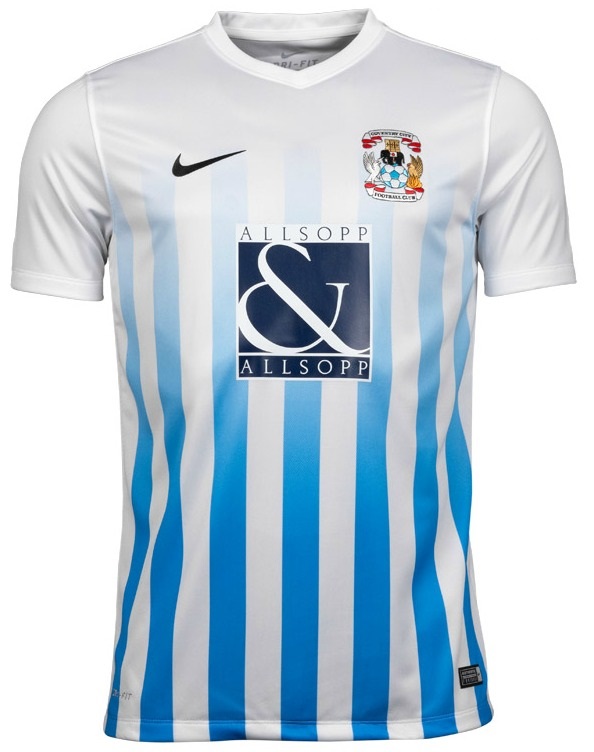 Made by Nike, the top features gradiented sky blue and white stripes. The shoulder and neckline are a clean white design with the stripes gradually introduced at chest level. Nike’s Swoosh on the right breast and the club crest on the left signal the beginning of faded stripes. The logo of sponsor, Allsopp & Allsopp,  marks the point at which the stripes become full colour down the remaining length of the body of the shirt. 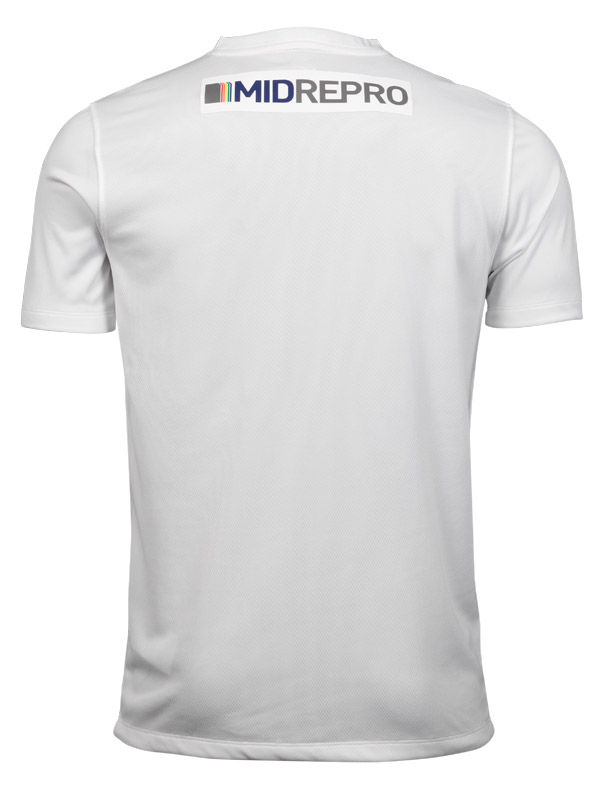 The reverse of the shirt is a clean white design, save for the logo of secondary sponsor, Midrepro.

Initial reaction to the shirt design has split the fanbase with a small majority opposed to Nike’s creation. It’s reminiscent of the kit worn by Brighton and Hove Albion from 1991-1993. That was hugely unpopular, derided in some quarters as looking like a Tesco carrier bag! It seems this version of the Coventry’s otherwise popular striped kits is heading in the same direction. 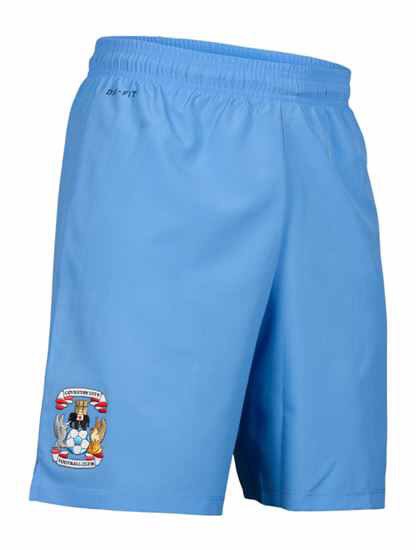 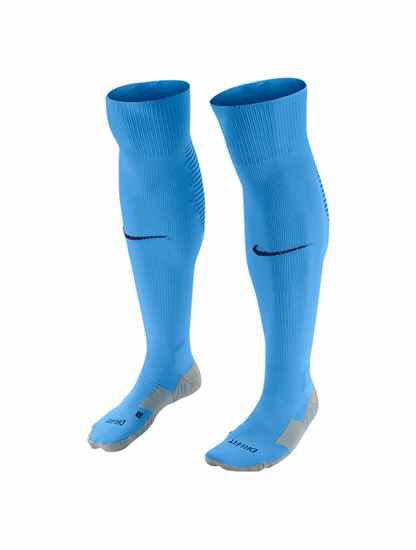 Finishing off the kit are cleanly designed sky blue shorts and socks. Nike’s Swoosh sits on the left thigh of the shorts opposite the club crest on the right.

On the socks, the kit manufacturers trademark features at shin level.

Having come close to finishing in the play-0ff places last time around, Coventry City supporters will be hoping that, like the shirt’s stripes, the longer the 2016/17 season goes on, the stronger the XI gets. They just have to hope it isn’t a case of emerging from nothing!

What do you think of the Coventry City home kit for next season? Let us know in the comments.