They’ve made it. Who, you ask? Well Coventry City, of course. They finished their League 2 season in sixth place, meaning they had the chance of promotion, and now they’re in the play-offs final against the mighty Exceter City. They’ll be playing at Wembley arena in front of a potential 90,000 people. The occasion couldn’t be bigger (no, it couldn’t, okay?) and to match the legendary level of spectator sport, the Sky Blues have released a one-off kit especially for this occasion. The design is both simple and effective and while club owners say this is not the kit for the 2018/19 season, it is hoped that they are able to generate some club revenue of the back of the jerseys.

The kit colours are sky-blue and white, running in medium vertical stripes, much like Argentina’s tops. The front of the kit top has the club’s recognisable crest, Nike’s legendary Swoosh and, below, much larger, is the club’s main sponsor: Allsopp & Allsopp. This dominating appearance of the sponsor could give the effect of over-clutter, however, perhaps in this instance, it’s better to be slightly more full, rather than completely empty. 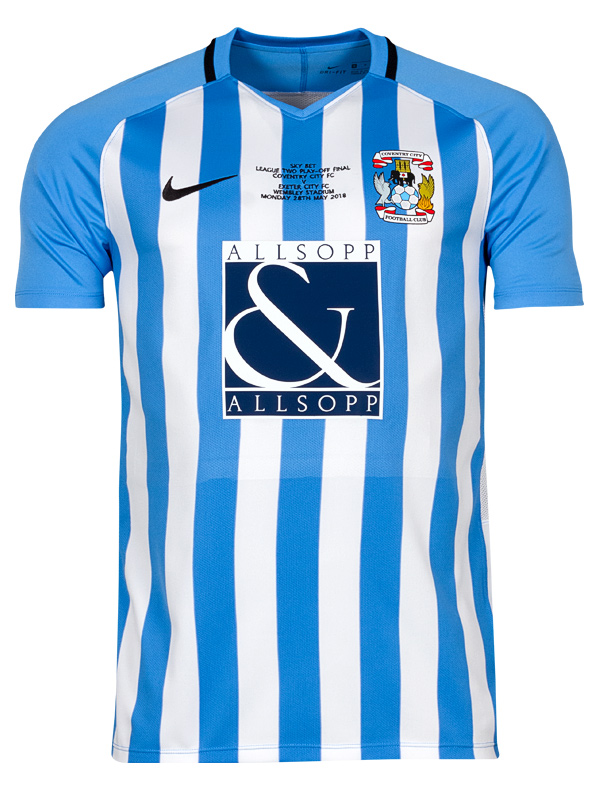 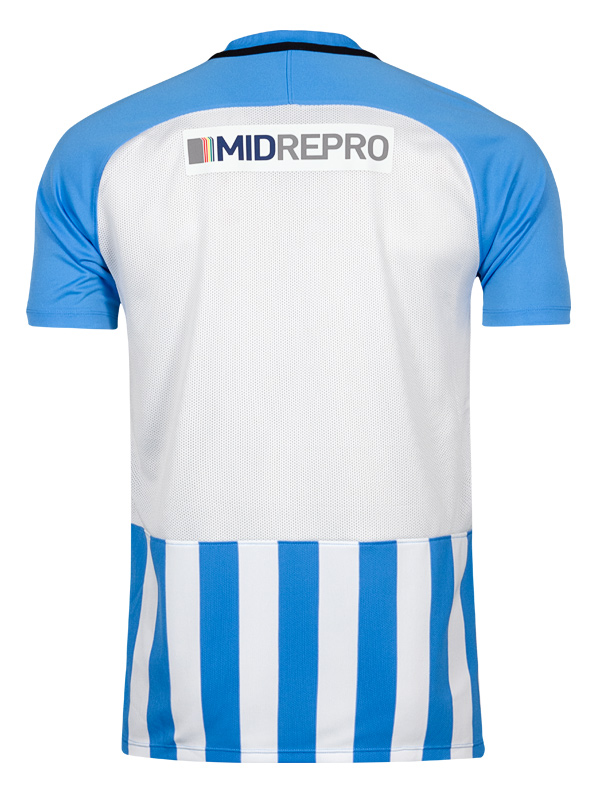 Also appearing in the centre of the chest, of course, is the series of writing announcing the occasion, the teams, the venue, and the date.

About the limited edition kit top, club executive Dave Bobby says “The striped kit is one with much history, especially at Wembley, for the Sky Blues”.

Coventry City might not gain promotion. It’s always important not to count footballing chickens before they hatch, but this is certainly a kit which has been thoughtfully designed and overall, well received. The club is proud of it and they are hoping to see fans in League One next season, but if they don’t it’s still a lovely looking kit which commemorates an occasion of what-if.

Maybe in a few years they’ll be in the Premier League. Either way, Ipswich Town will still be in the Championship.