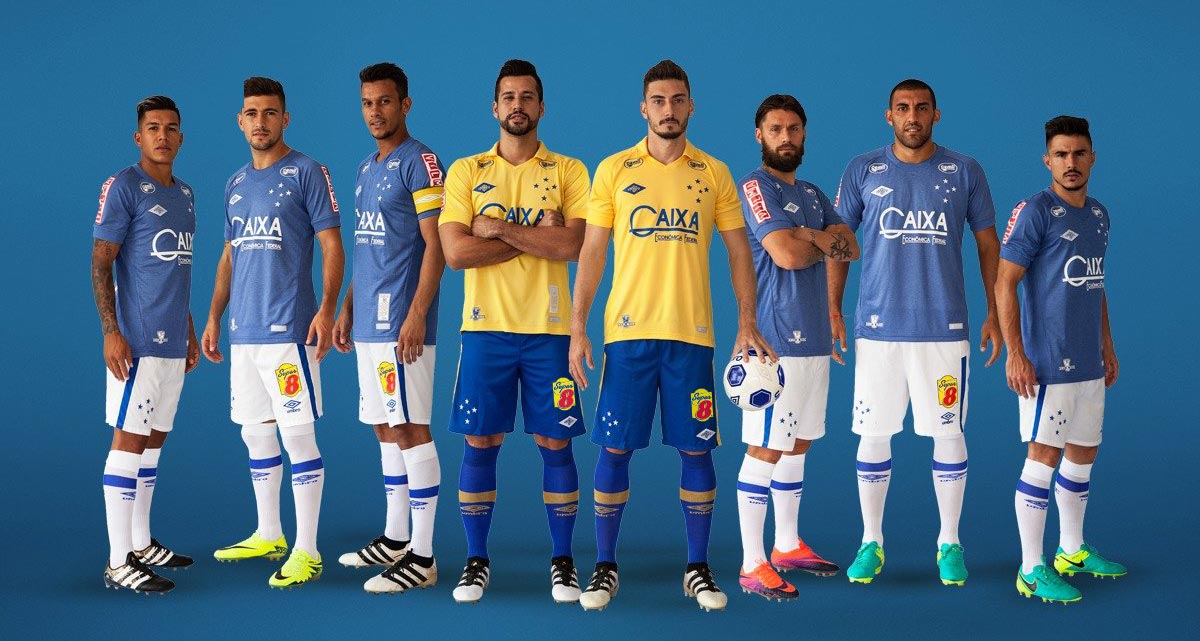 Palmeiras were crowned champions today but Cruzeiro lost at Internacional, giving the Porte Alegre club hope of avoiding relegation. Raposa must beat Coritiba and hope that Sao Paulo or Ponte Preta win when the two sides meet next weekend. If they do so, Celeste qualify for the 2017 Copa Sudamericana.

This is the Cruzeiro third kit for the Campeonato Mineiro and Copa Sudamericana: 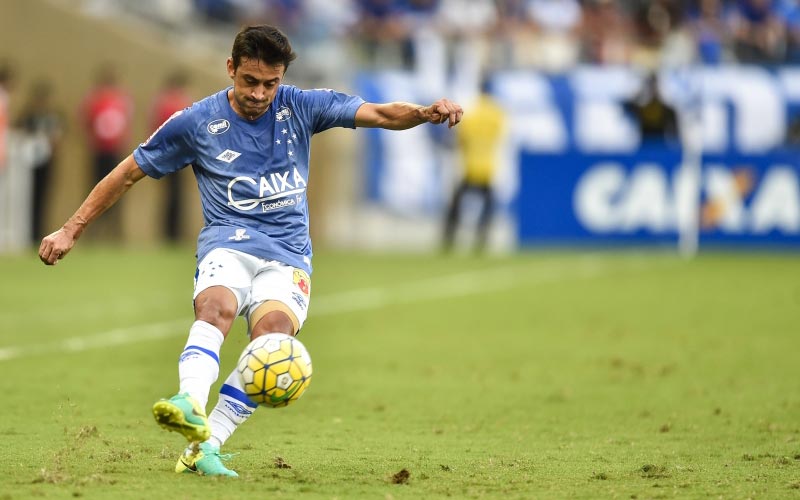 The celestial theme surrounding the club continues with a sky blue shirt and the stars on the front left breast, as part of the club crest.

Even though the design is straightforward, the shirt has a classic look if you can see past the sponsors logos. Kit manufacturer Umbro used a bigger than usual double diamond to ensure their brand wasn’t swamped by others.

The shorts and socks are both white with sky blue trim.

The goalkeepers will wear a startling yellow jersey with a royal blue shorts and socks combination. There’s more danger of a colour clash with their kit than the outfield players.

It’s been three years since Cruzeiro landed a trophy but the next Campeonato Mineiro is the first on the list to tick off in 2017. Win that and anything is possible.