Iconic children’s television show Sooty used to the catchphrase, “Izzy wizzy, let’s get busy“. Hummel took that it to heart when they returned as kit provider to the Denmark FA. All levels have new strips and this is the senior team’s new away kit. 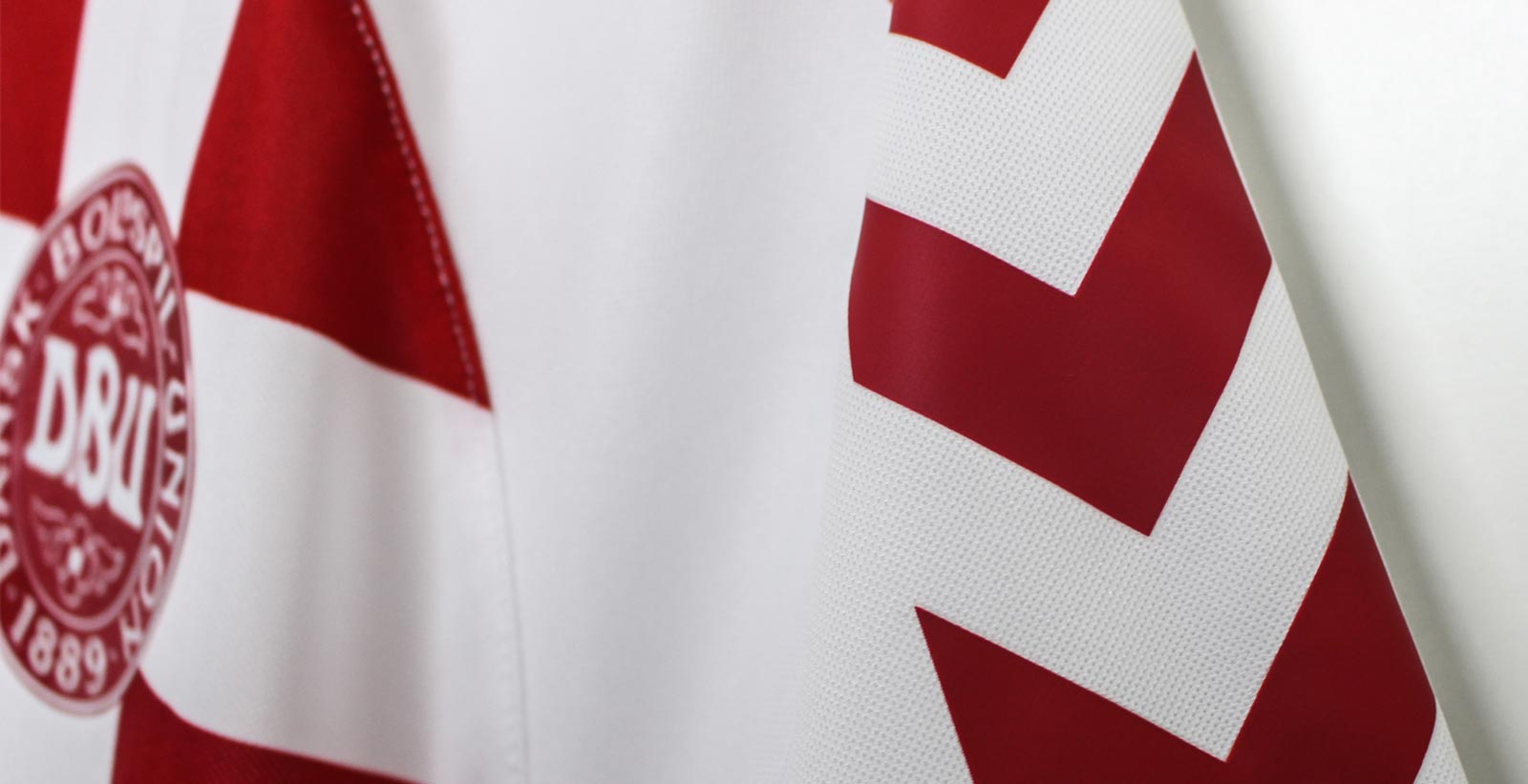 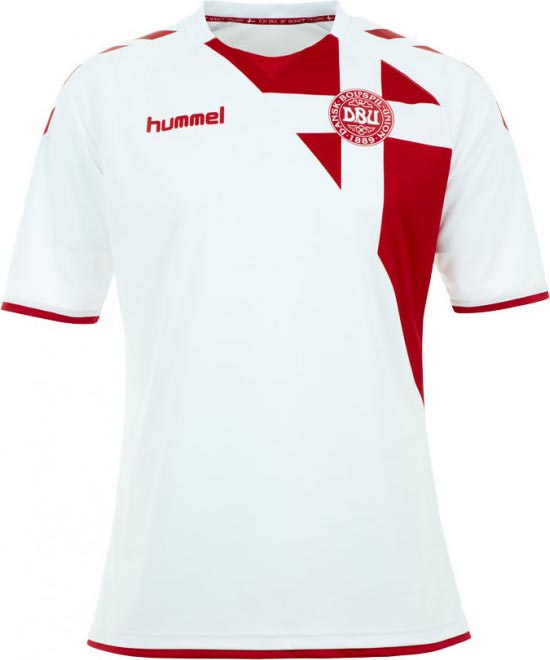 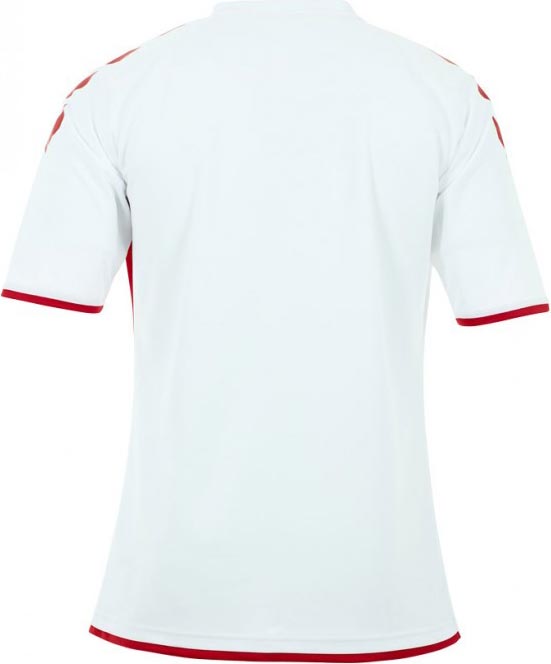 The white base colour is augmented by red accents and trim. Eye-catchingly, the left shoulder features an angular Danish flag pattern. Sitting at the centre of a white cross is the DBU crest. The red background leads into a similarly coloured lower front neckline. 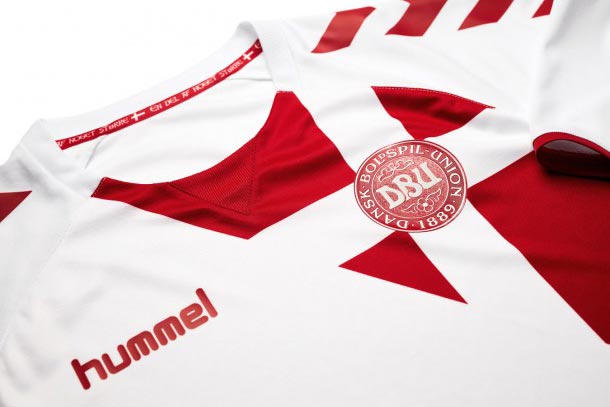 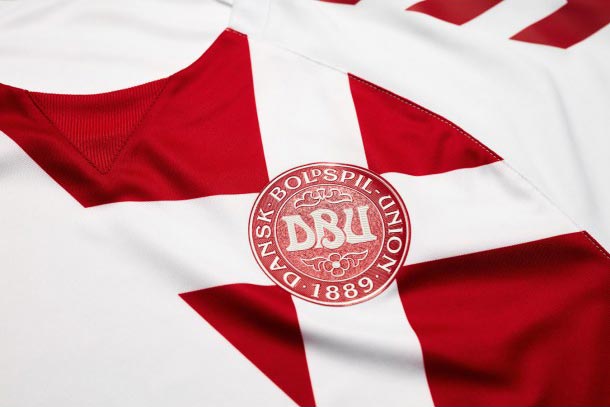 Hummel has included the DBU motto, “A part of something bigger” in the same positions as the home kit: inside the back collar and lower back hem.

Red cuffs are matched with a red waistband. 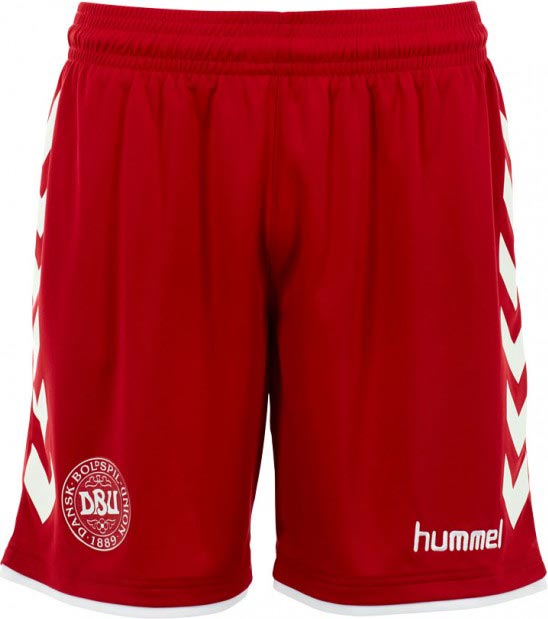 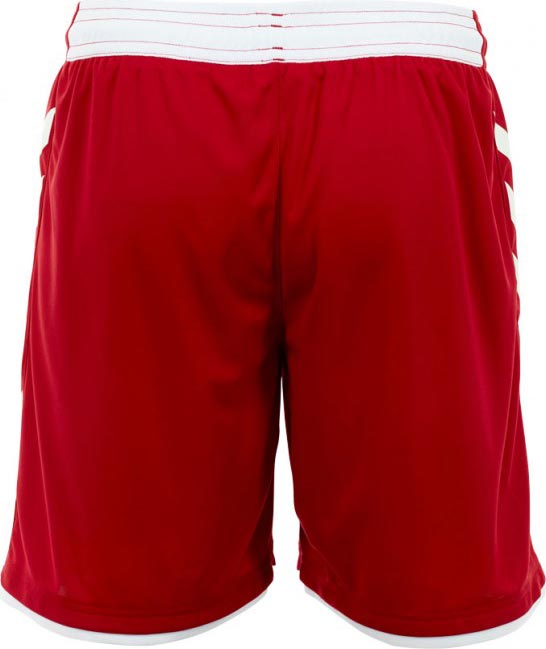 Finishing the kit, the red shorts come with white trim and accents. The waistband is split red at the front and white at the back.

White socks feature a red band across the ankle with two red Hummel chevrons on the shin.

It’s a stylish addition to the kit range but we’ll have to be patient. It’s unlikely to be worn before October’s 2018 World Cup qualifier in Poland