Denmark released a new home kit for the 2016/17 season. It marks the return to their spiritual home, Hummel. 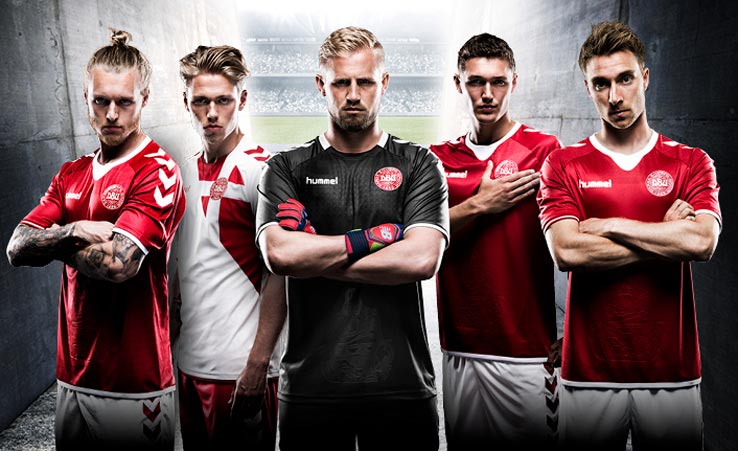 The iconic Danish kits of the 1980s and 1990s, worn by the Laudrups, Elkjaer, Olsen and Schmeichel, were all made by the Aarhus-based sports apparel provider.

It’s likely that the kit’s first outing will be in Sunday’s home Russia 2018 World Cup qualifying match against Armenia. 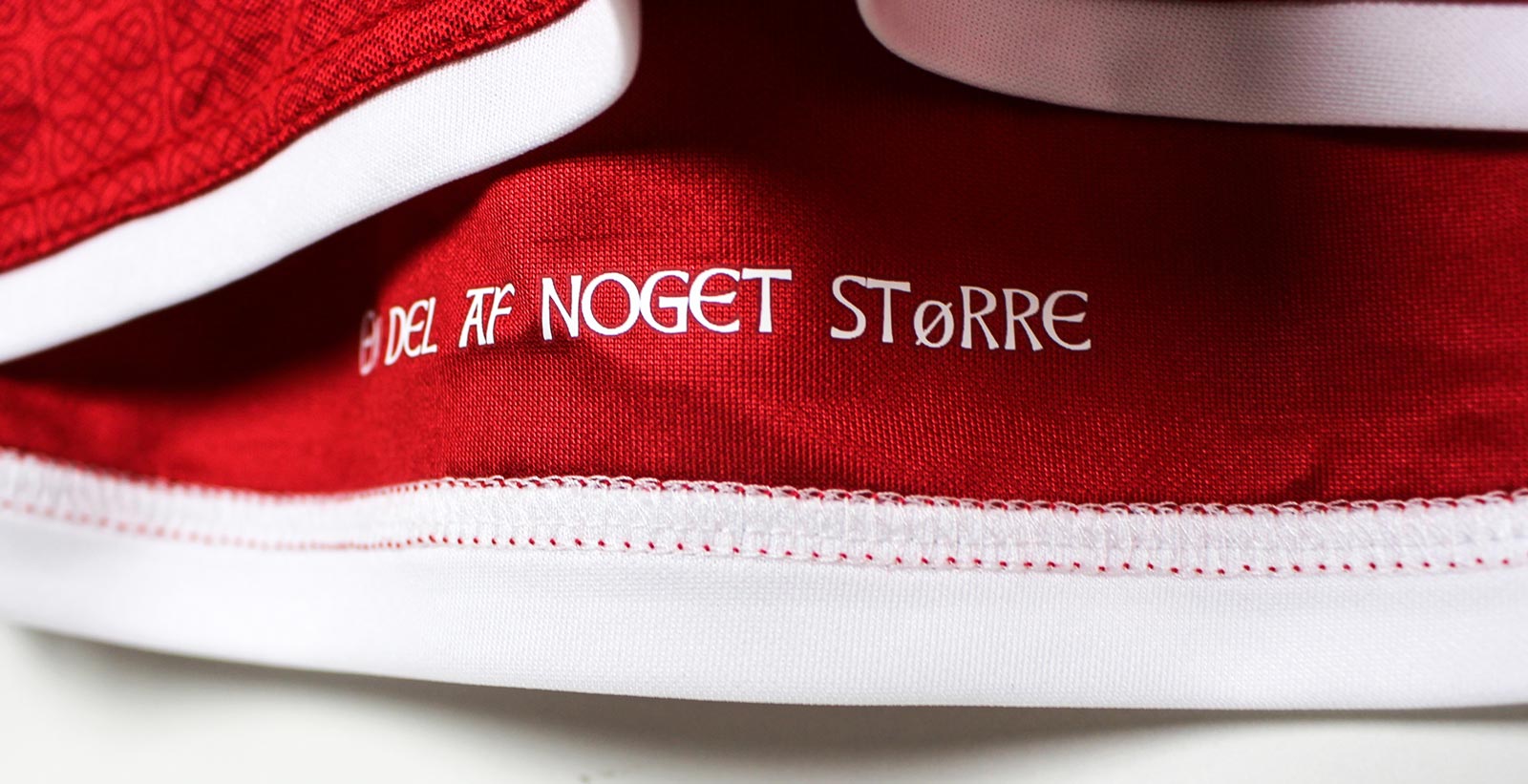 This is the new Hummel-manufactured Denmark home kit for 2016/17. 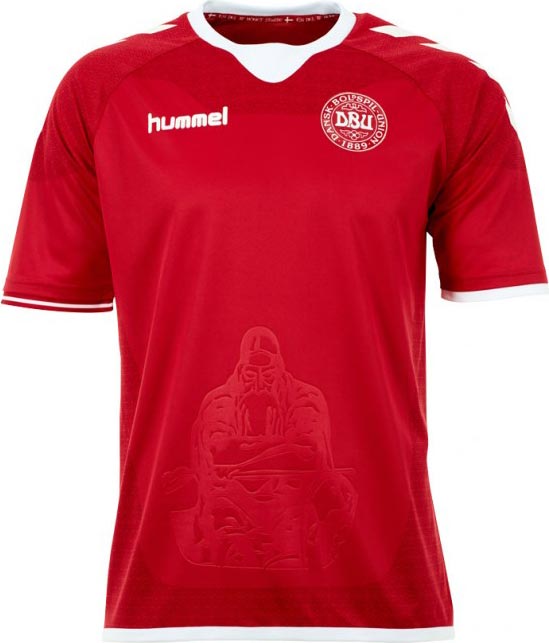 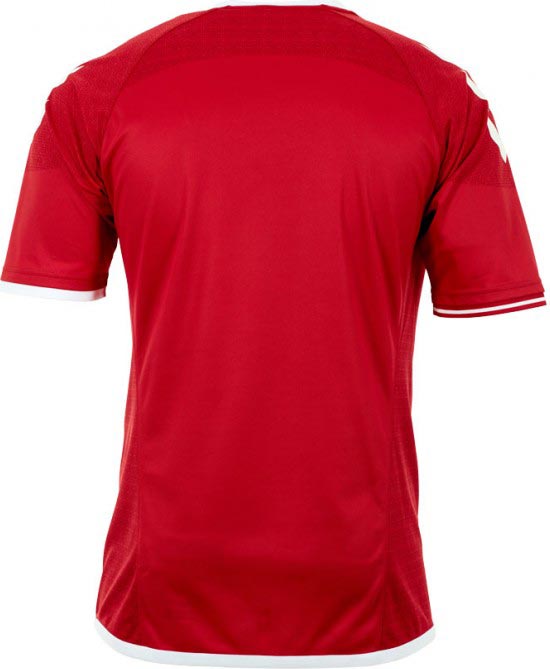 The traditional red and white national colours are reflected in the kit.

On the body of the shirt is a tonal graphic of Holger Danske, a Danish hero will wake and save the nation in times of peril. The original character was created in French romantic poetry but became absorbed into Danish culture six hundred years ago. 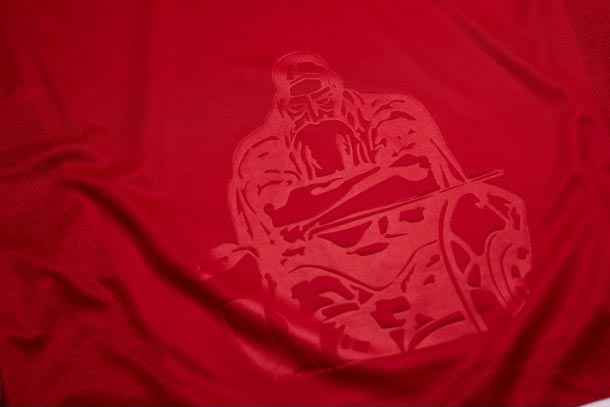 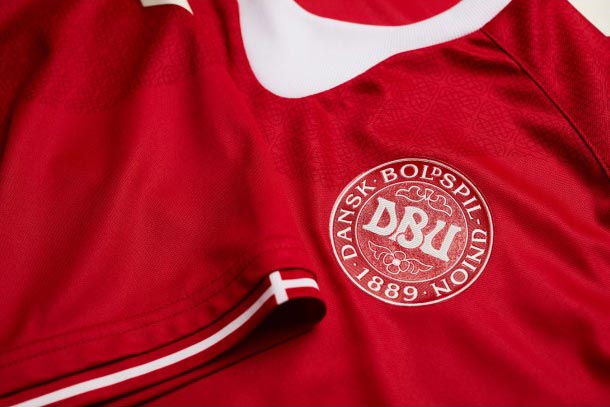 The red base colour is accompanied by white trim and accents. The sleeve cuffs are in the design of the Danish flag. Hummel’s chevrons appear as a shoulder stripe leading from the unusually shaped white collar. 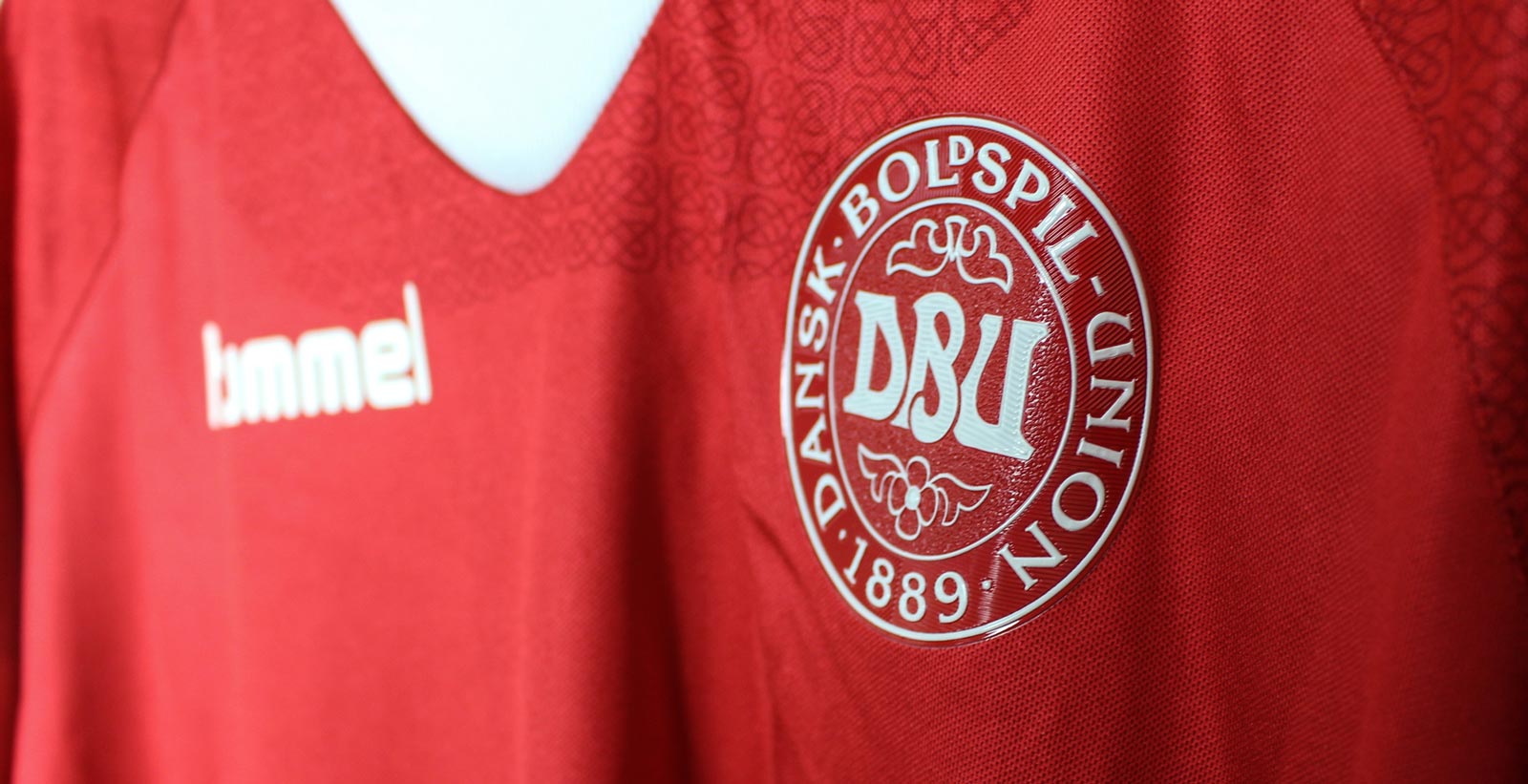 Another tonal graphic surrounds the DBU crest. This time, it’s a pattern lifted from a Norse warrior shield. Inside the collar and at the inner bottom of the shirt is the DBU motto, “A part of something bigger”. 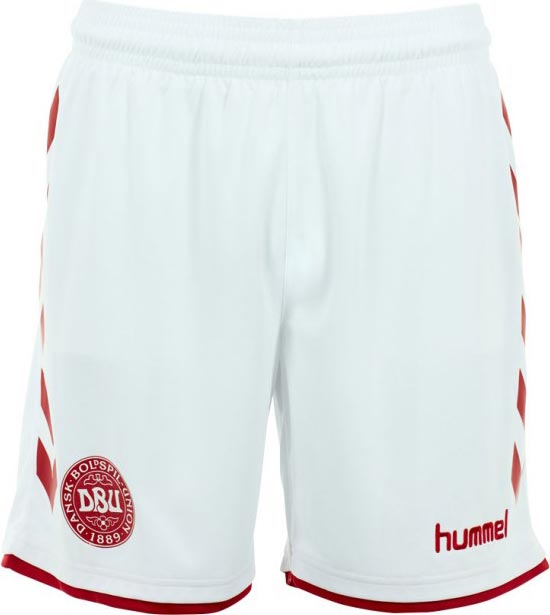 The kit is finished with white shorts, featuring red trim and a rear red waistband. Red socks with white accents complete the line-up.

This is the goalkeeper’s kit for next season: 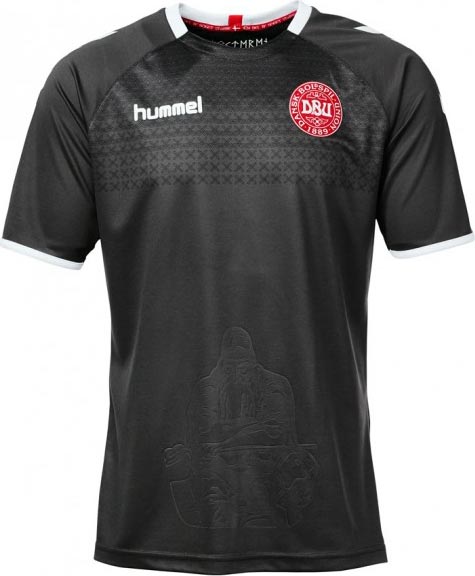 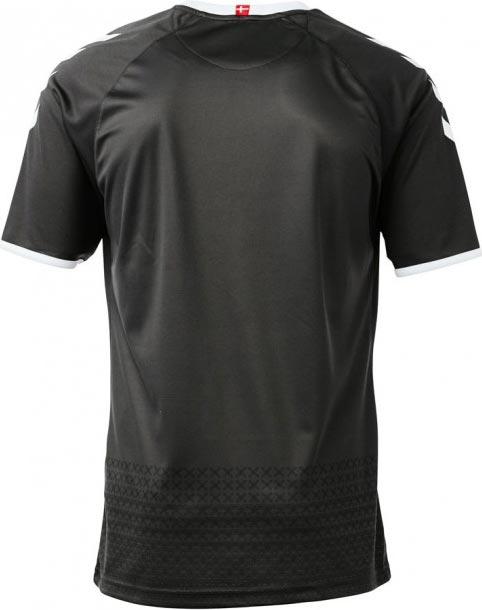 All black, it features the same tonal pattern of Holger Danske with white accents on the sleeves, shoulders and collar.

There’s something ‘right’ about Danish kits being made by Hummel. It’s a comforting reminder of yesteryear, given an interesting and modern update.