Hummel has issued an all-white kit for the Danish national squad to mark their return as the DBU’s preferred supplier after a twelve-year absence. The Denmark based sportswear company is replacing Adidas as the national team kit manufacturer. 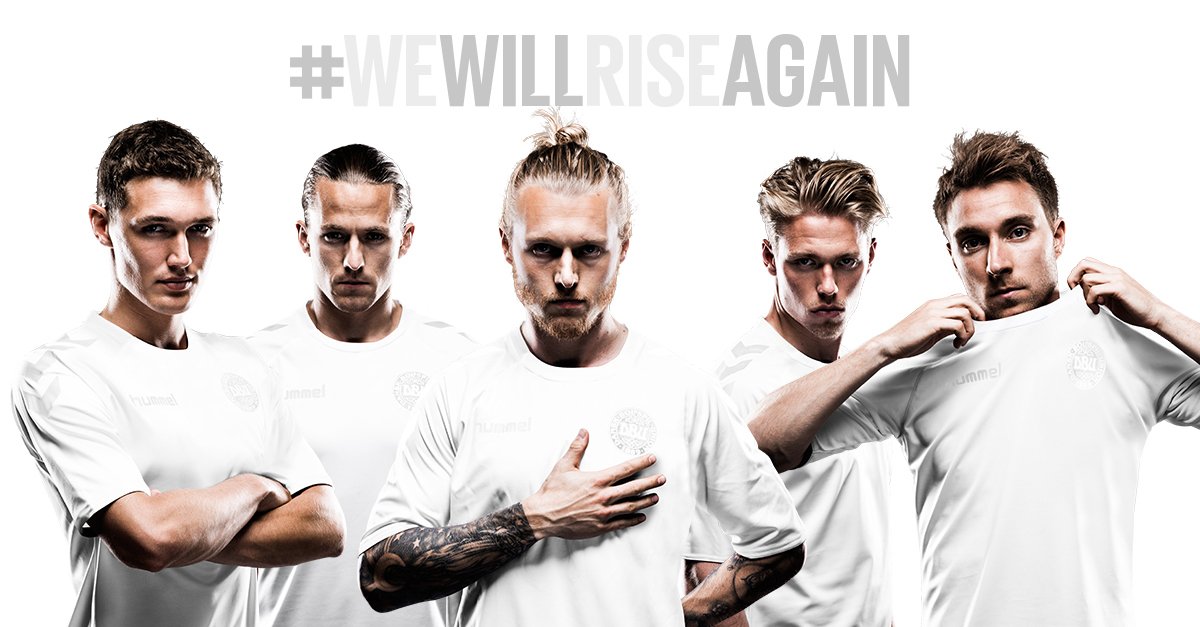 The idea behind the kit is a blank page; a new start for both national team and the manufacturer. Hummel enjoyed the Dane’s Golden Era of the Laudrups, Schmeichel, Olsen and Elstrup; when the world fell in love Danish football and it then conquered Europe, having been sunning themselves on the beach beforehand.

This is the all-white shirt which will be worn against Liechtenstein this week. 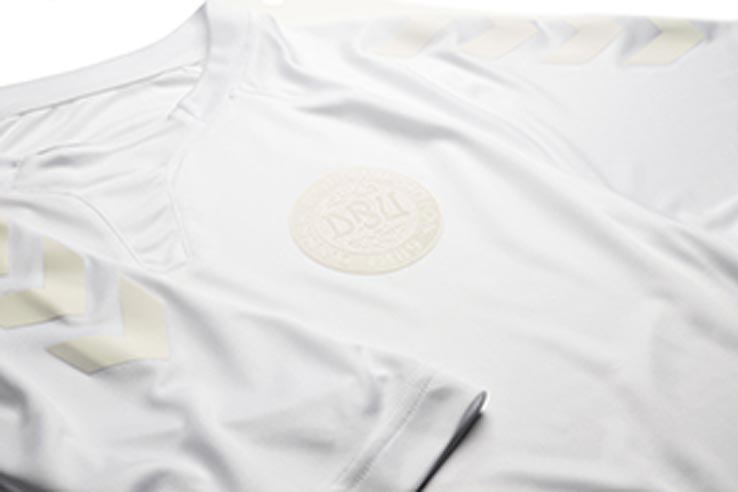 Not only is the base colour white, the accents and trim are as well, including the Hummel chevrons and DBU crest.

The white of the badges and logos are tonal, giving an embossed look when seen on the front of the shirt.

Ninety-nine kits will be made and will be sold off in fashion shops around Denmark. The match-worn shirts will be auctioned with FC Granatchok, a club for former service personnel in the country,

Hummel will shortly be releasing the home and away kits for the qualification campaign for the 2018 World Cup finals to be held in Russia.