Yesterday we showed you Denmark’s new first kit, ready for the 2018 World Cup and commemorating the military servicemen which protect the country. Today we introduce you to the international team’s track jackets, worn by the likes of Nicklas Bendtner and Christian Eriksen. It’s a simple look, not featuring such a prominent cross as the home kit, but still with all the expected design flair and stylish features.

The jacket comes in two designs – both red and white, however one is more dominated by red and the other – white. 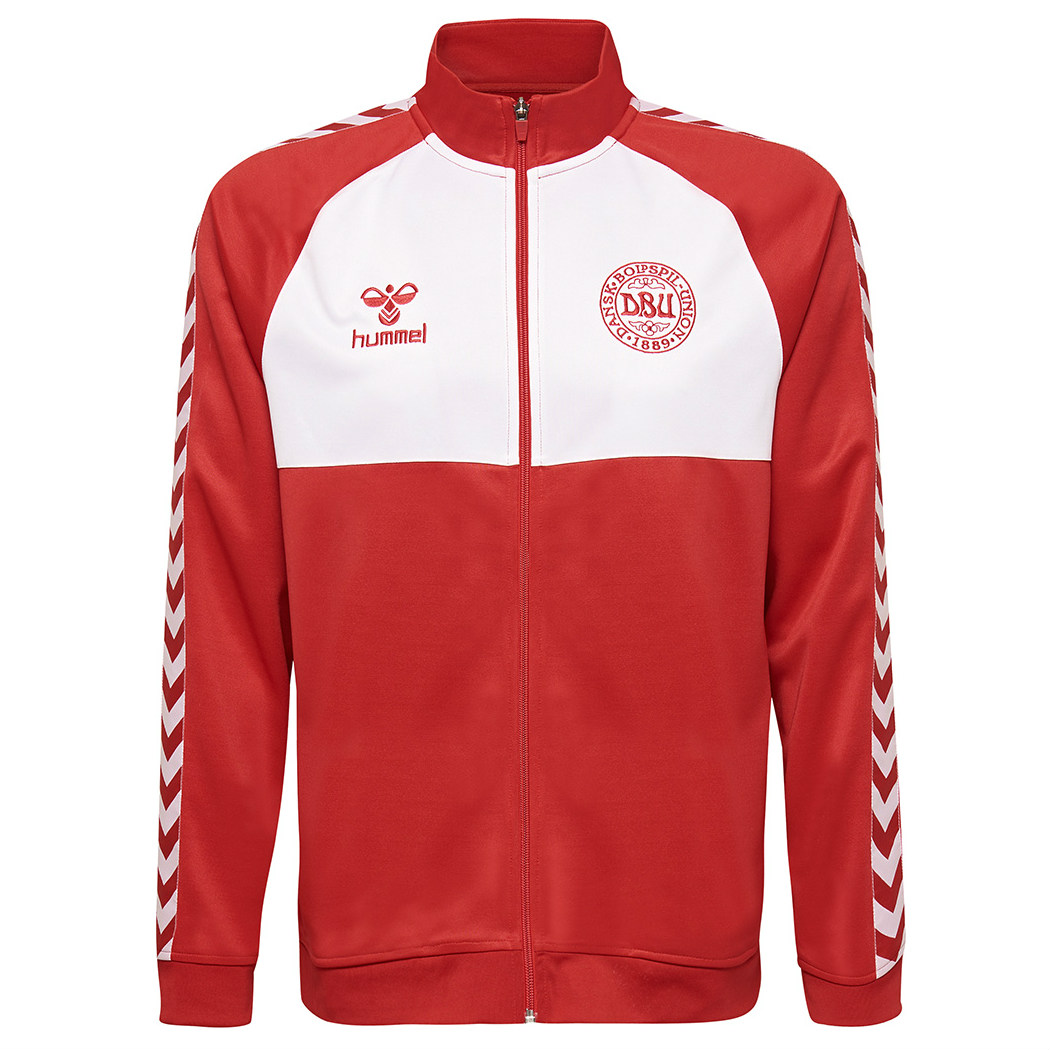 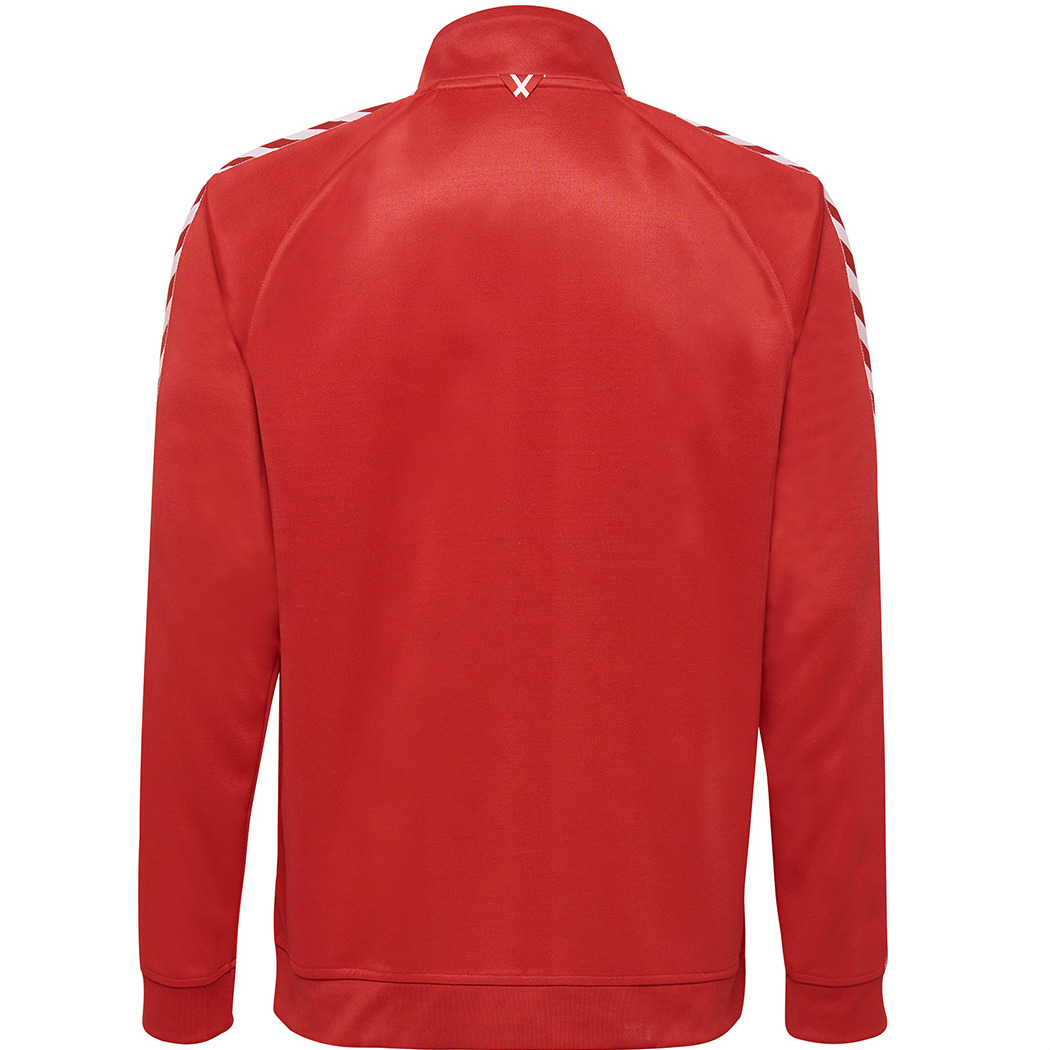 The red jacket features a red zip, a red collar, red on all of the body, and white across the chest in a sort of white, curved triangle. This white section allows the country’s crest and Hummel’s logo to be highlighted, not crowded out by numerous awkward features. Across the shoulders and down the sleeves are a number of red arrows on the white background, pointing down towards the sleeve. This simple, effective design is one that will surely be welcome in Russia.

On the nape of the jacket is the cross which represents a steadfast defence of the country, as shown by the Danish Lifeguards, a regiment who are prepared to fight for Denmark. 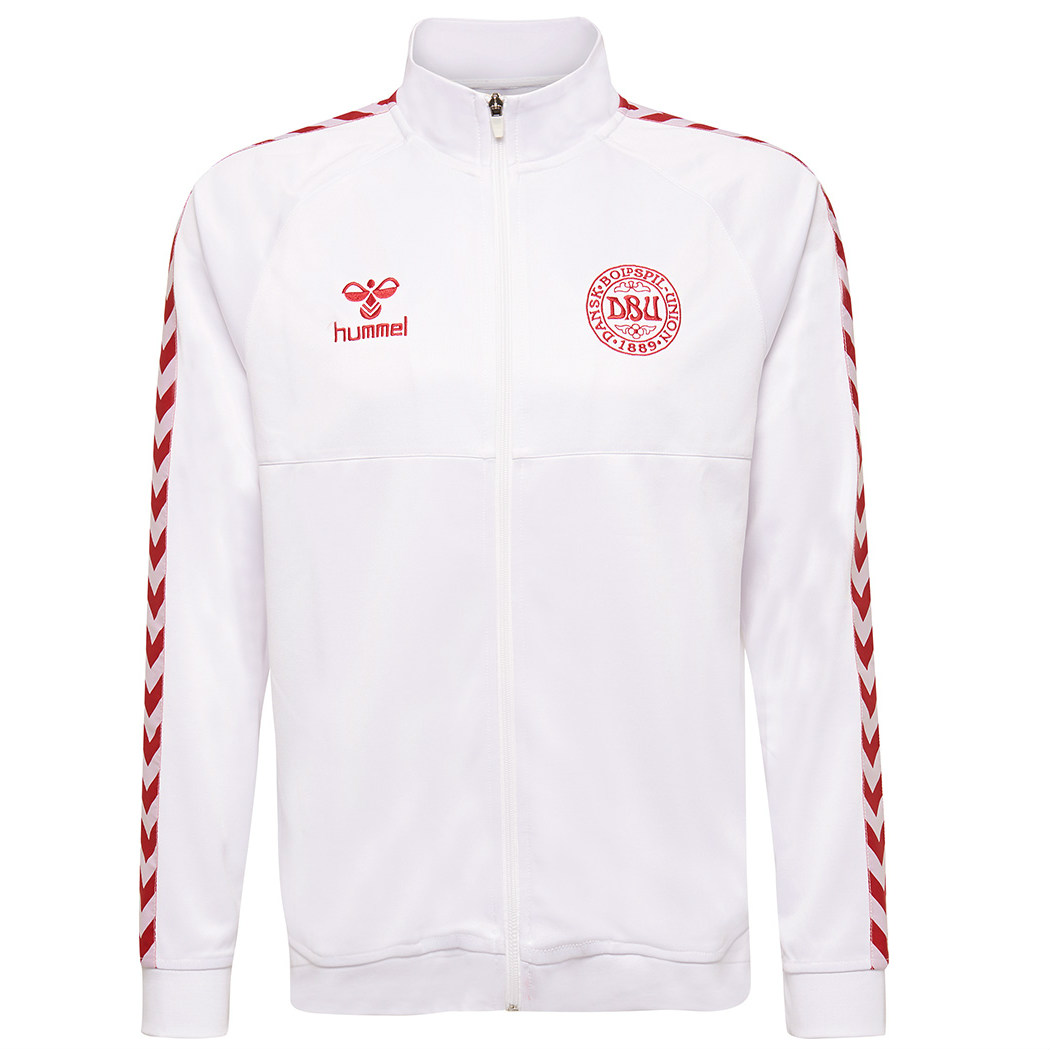 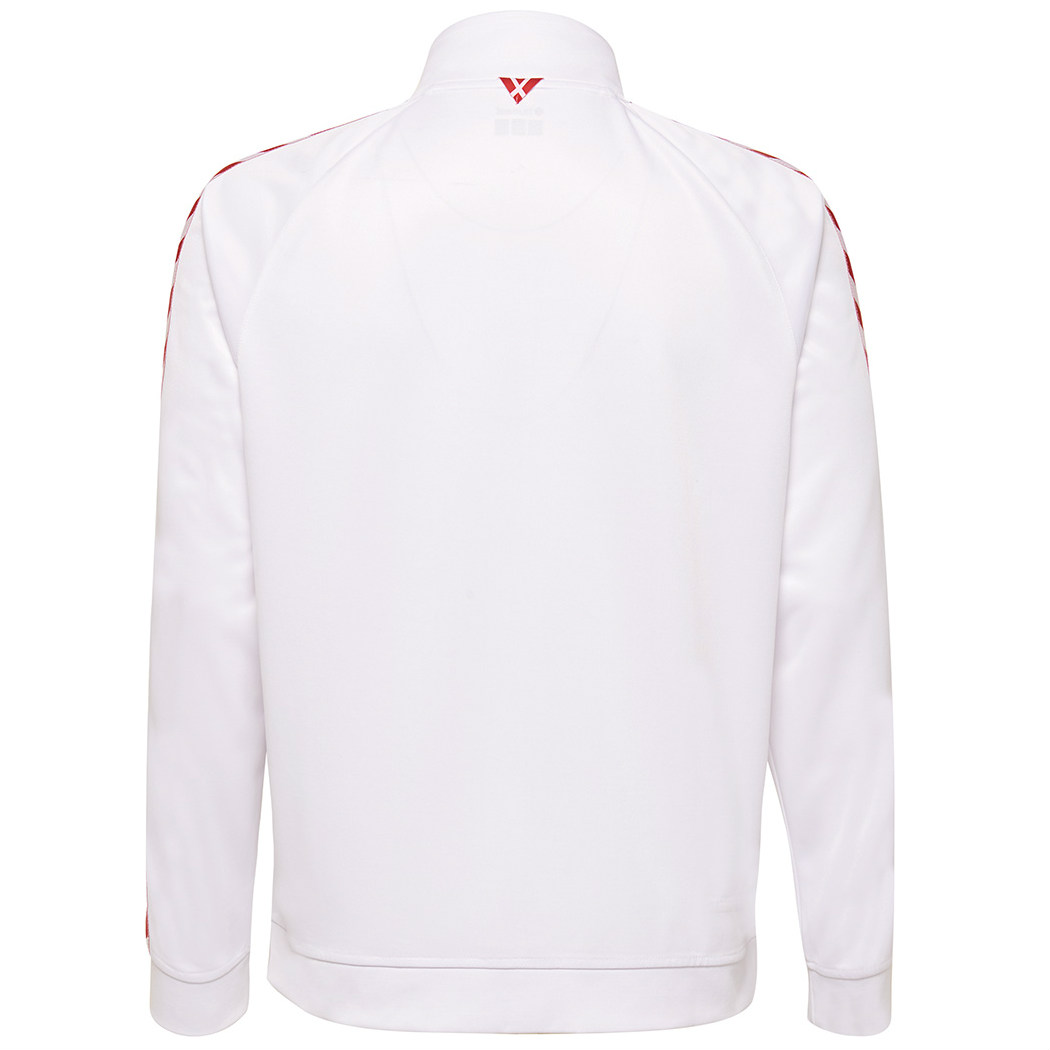 The white version of the jacket features a lot less red. For one thing, where the chest of the red jacket is white, the white version’s chest is also white. Apart from the country’s crest and Hummel’s design logo, the only red to be found is on the arrows down the arm and on the nape – which interestingly is not the cross which commemorates the military, but is Hummel’s logo instead.

The jackets are sleek, simple and still retain the commemorative aspect (at least the red one does). Although Joe Hart and Jack Wilshire aren’t going to Russia, perhaps they can invest in these snazzy jackets and imagine themselves there.