The latest kit from AMS, the Australian company which specialises in supplying kits to developing African football nations, is for Djibouti. The home and away kits will worn during the CECAFA Cup. The Central and East African Football Associations hold their tournament annually with Kenya the current holders. 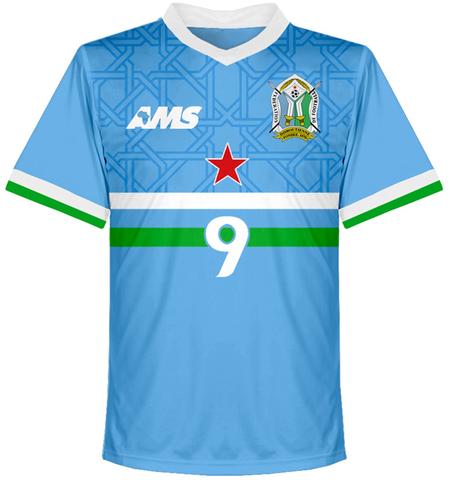 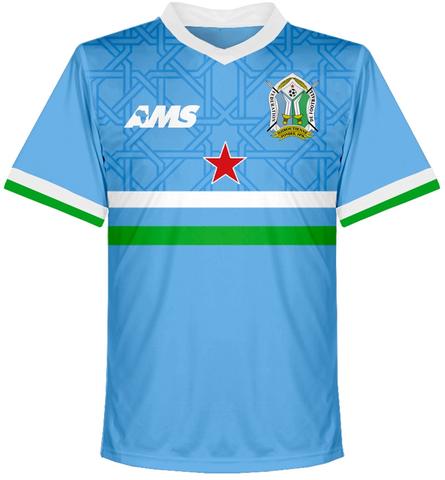 The “Riverains de la Mer Rouge” (Shoremen of the Red Sea) will also wear the design for friendlies next year. The shirt on the left shows the AMS ‘Player Issue’ kit with the number sitting centrally on the front.

The base colour of light blue of the country’s flag. Continuing the theme, a green and a white band run across the chest and on the cuffs. Completing the national theme, prominent on the chest is the red star of the flag. 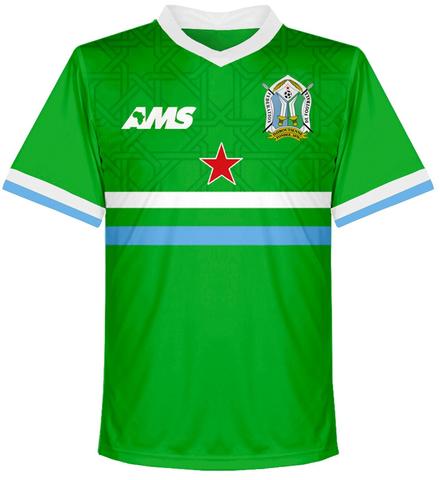 The base green colour is from the lower half of the shirt. It also features a white band but swaps the green of the home shirt for light blue in the lower band.

Both shirts feature a white v-neck design with as neat retro feel about it. Across the upper chest and shoulders is an Arabian graphic print which reflects the country’s heritage.