The Democratic Republic of Congo is celebrating their triumph at this year’s African Nations Championship (CHAN) by releasing a special edition shirt. 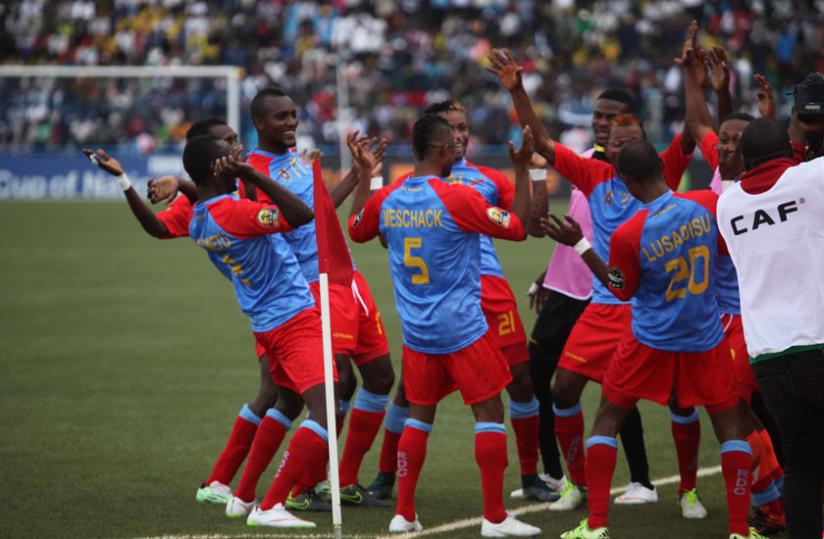 Held in Rwanda during January and February, the competition is open exclusively to players who play their club football in Africa.

DR Congo did themselves a favour by losing to Cameroon in the group stage; it gave them a simpler route to the final where they despatched Mali 3 – 0. Ivory Coast finished third.

This is the limited edition DR Congo 2016 CHAN celebration shirt: 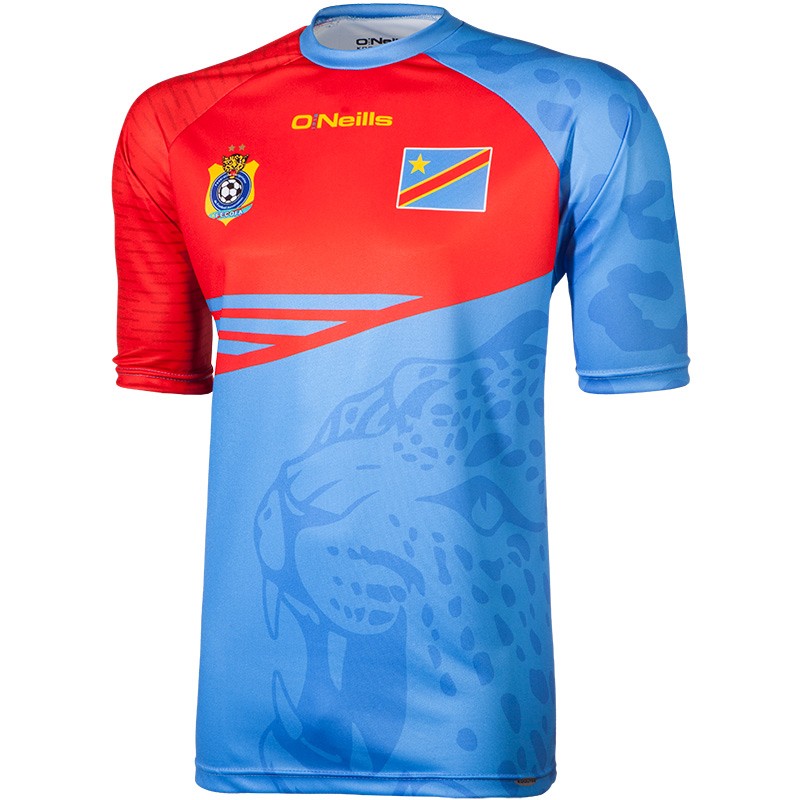 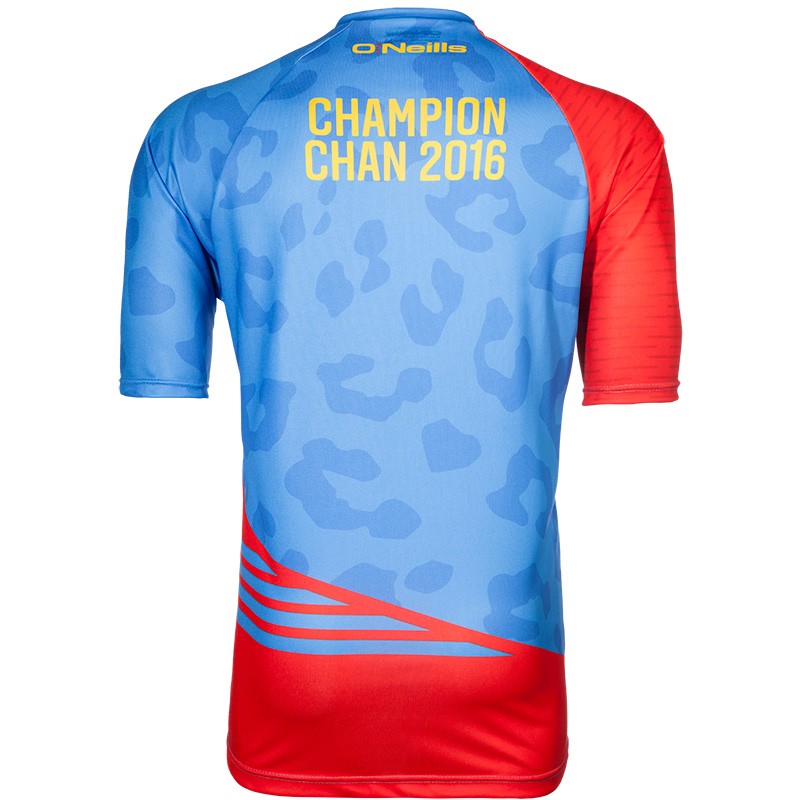 It’s the same home kit DR Congo wore last season. The shirt’s base colour is light blue with red splashes on the right shoulder and lower part of the back.

On the front, a tonal print of a Leopard’s head covers the bottom half of the shirt whilst on the reverse is leopard-print in the blue material. DR Congo national football team are known as The Leopards 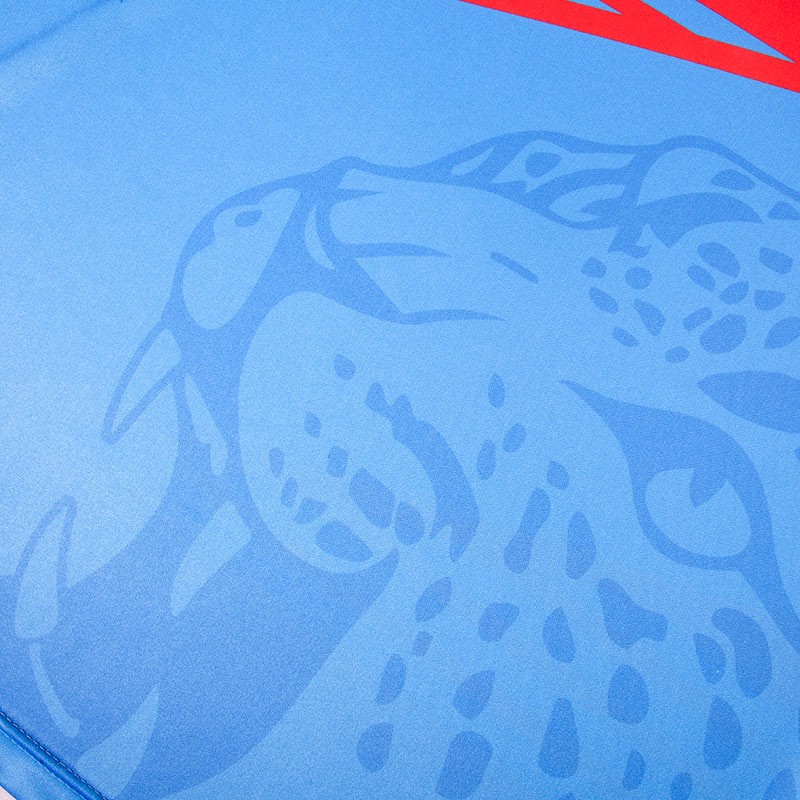 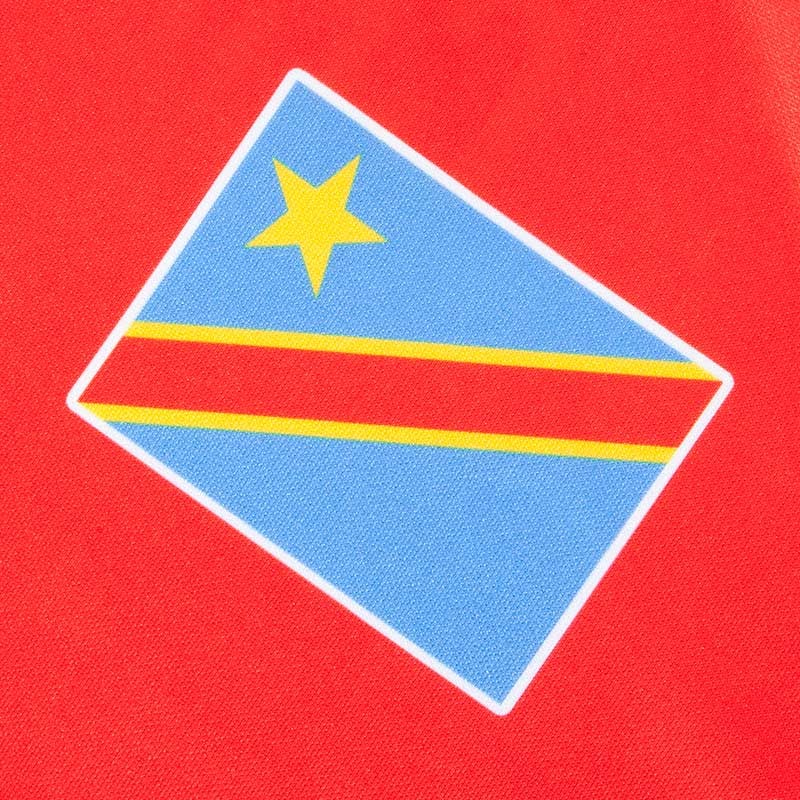 On the right chest of the shirt is the DR Congo FA (Fédération Congolaise de Football-Association – FECOFA), sitting proudly opposite the country’s flag on the left. 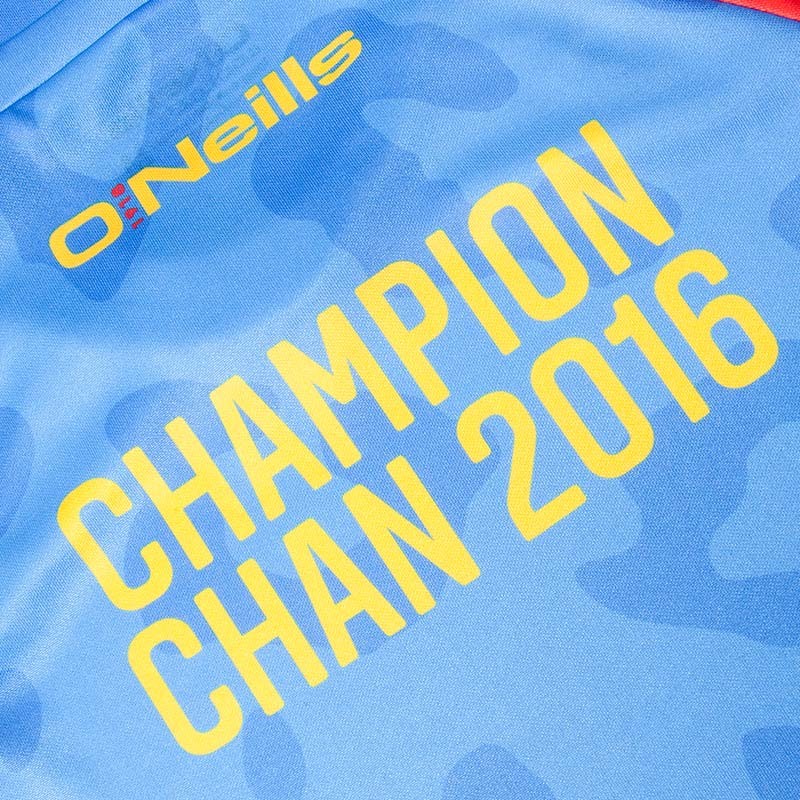 On the reverse, the CHAN success is celebrated. In yellow font, “CHAMPIONS CHAN 2016” is printed over the light blue leopard-skin print.