2015/16 was a miserable season for Dundee United, relegated from the Scottish Premiership with their fate sealed by local rivals, Dundee, in a 1 – 2 defeat at Tannadice. Demotion cost Mixuu Paatalainen his job with Ray McKinnon appointed as his replacement.

It didn’t get any better when the Scottish media ridiculed next season’s kit launch, claiming the players resembled a pack of highlighter pens. 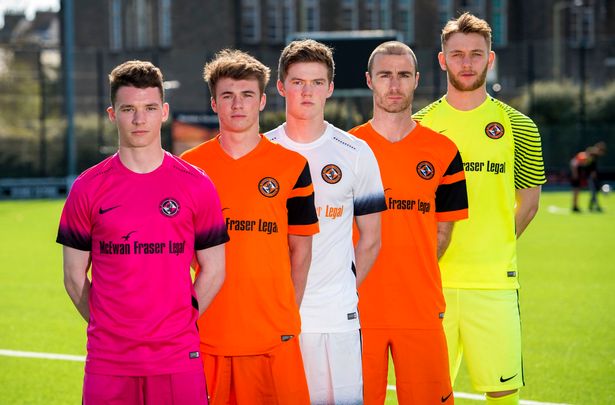 It’s not hard to see where the media ridicule was coming from. With the traditional tangerine primary colour for the home kit, having pink and white alternatives demanded something understated for the goalkeepers. Instead, they will wear a luminscent yellow kit with black vertical stripes on the sleeves for good measure. 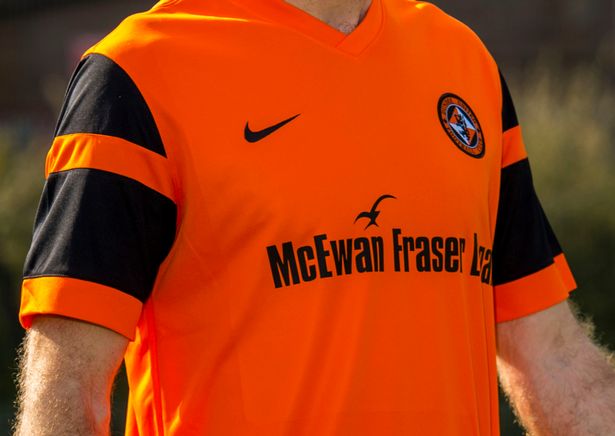 The home kit will be all-tangerine in a throwback to the early 1970s. When the club changed from all-white at the start of the 1969/70 season, they wore an a similar kit design until black shorts were introduced in 1977. This time, the black trim is restricted to two thick bands on each sleeve. These are punctuated by a tangerine band and finished with tangerine cuffs. 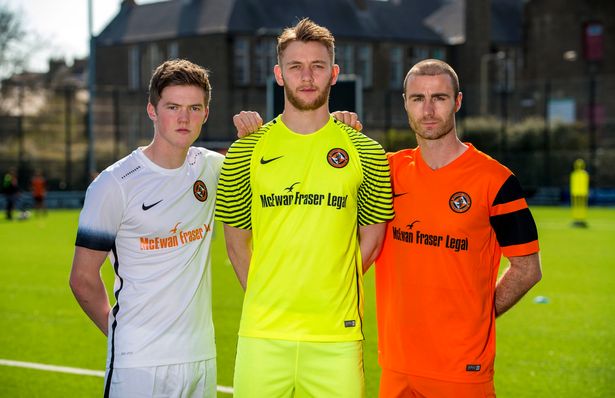 The goalkeepers kit is certainly striking. With black vertical stripes on the sleeve set against a vivid yellow background, they won’t be hard to see. Matching shorts and socks complete the kit.

On their travels, Dundee United will be under-stated by comparison. The all-white kit features minimal trim. The cuffs are black but feature a gradiented sky blue closely-pinstriped band above. Black stripes run down either side of the shirt, meeting similar stripes placed on the side of the leg of the white shorts.

As if that wasn’t a bright enough ensemble, Nike added pink into the mix. 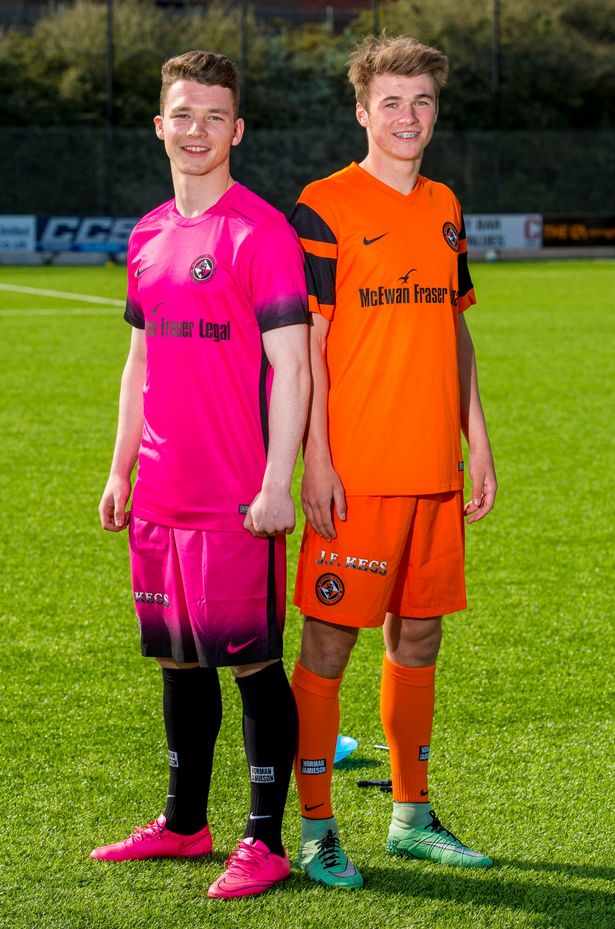 Shocking Pink, they call it. Other comments have been less polite with the template the same as the all-white away kit. The black trim this time does little to stem the colourful assault on your eyes.

We know that there is a wide range of colour schemes in football today but United fans are already hoping that there are no colour clashes which force them to endure 90 minutes of this number. It’s a red card for the Tannadice club on this one!

What do you think? When your eyes have recovered from that visual assault, let us know in the comments!