Saving the best for last, Dundee United revealed their 2017-18 away kit first. The club kept the unveiling of the home kit back in case there is a promotion to celebrate at the end of the season. 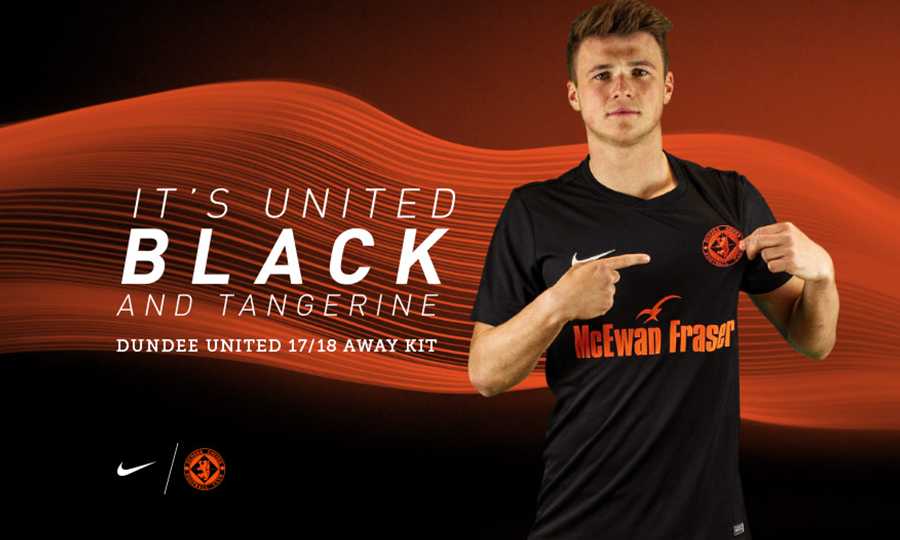 Currently third in the Scottish Championship, The Tangerines are assured of reaching the play-off quarter-finals at the very least. In their final match, United travel to fourth place Greenock Morton, knowing they must win to overtake Falkirk. Should do so, they automatically qualify for the play-off semi-final. The winners of that match play the eleventh place finishers in the Premiership.

As luck would have it, Dundee sit in that slot at the moment. With five games to go, the opportunity for a swift revenge is surely one United relish after they were relegated following a 1 – 2 defeat at Dens Park last May. 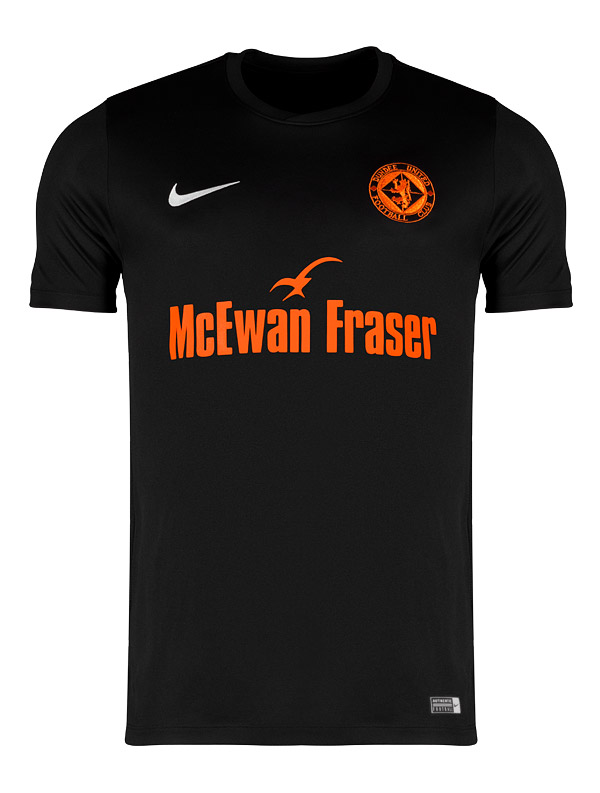 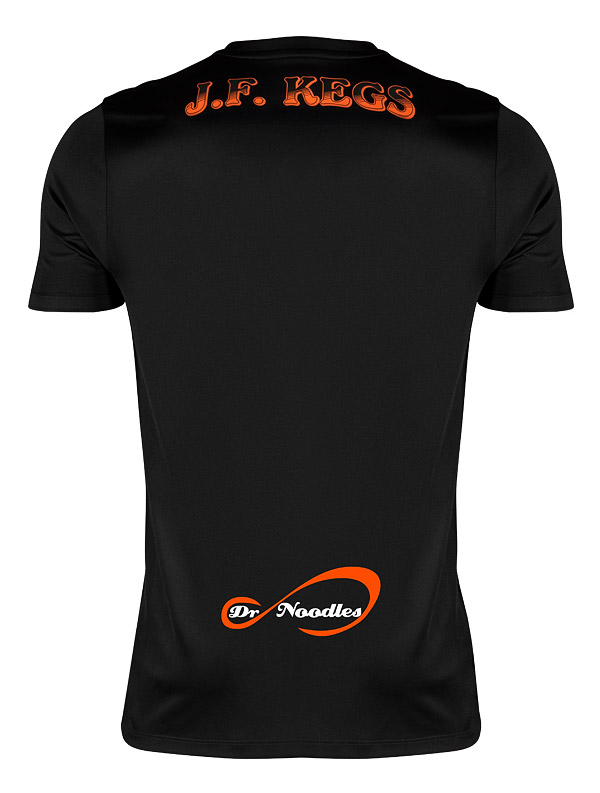 The Tangerines are the Men In Black on their travels next season. Black shirts, black shorts and topping it all off, black socks.

Nike’s Swoosh is in white with the club badge is tangerine while the sponsors see their logos using both colours. 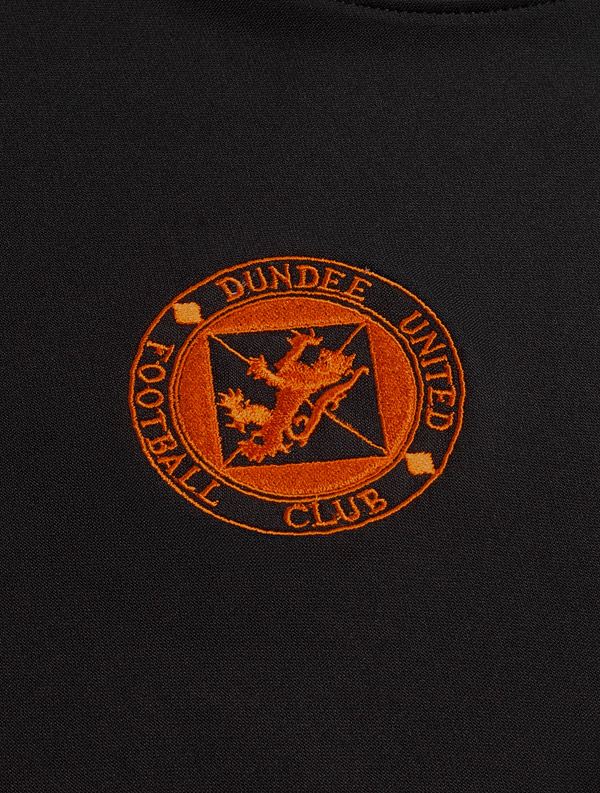 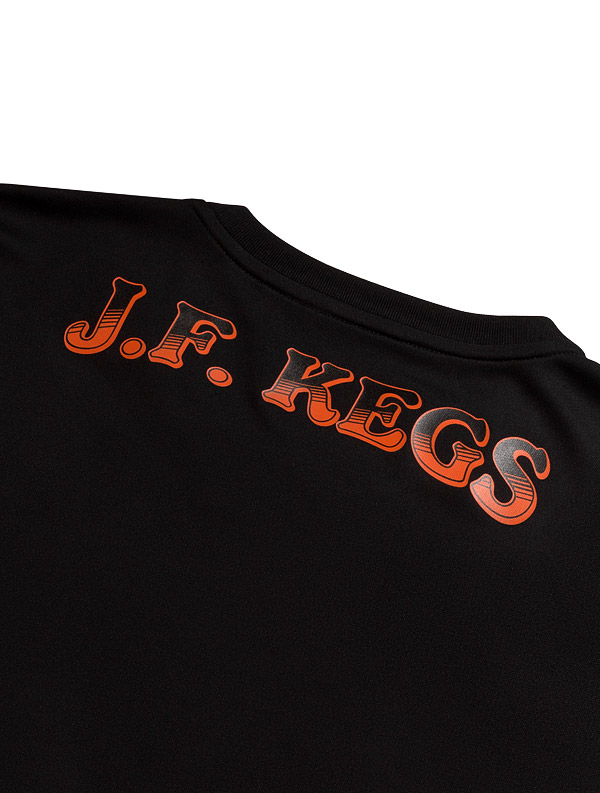 Scottish football allows logos on club shorts, which is where J.F. Kegs has their advertising space. English football will no doubt soon follow suit.