Dynamo Moscow have released their 2016/17 kits.

They were the proud holders of the record of being the only club in Russia’s top flight never to have been relegated. However, last season’s 15th place finish means that record has fallen and they will begin the campaign in the Russian National Football League. 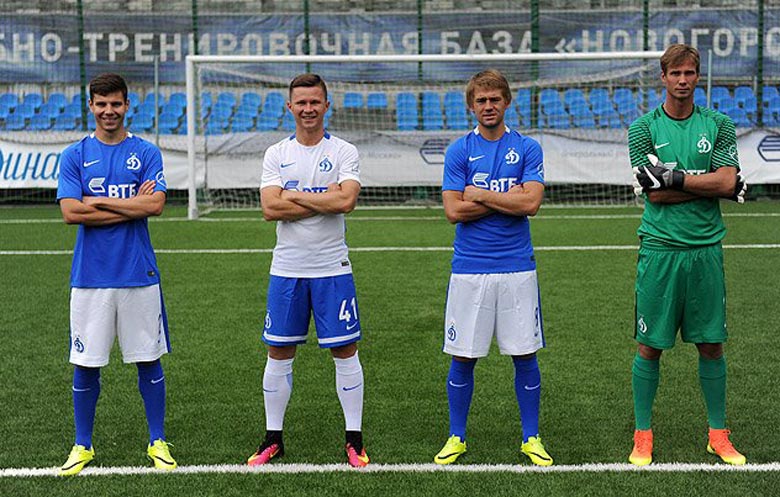 This is the Nike designed 2016/17 Dynamo Moscow home kit. 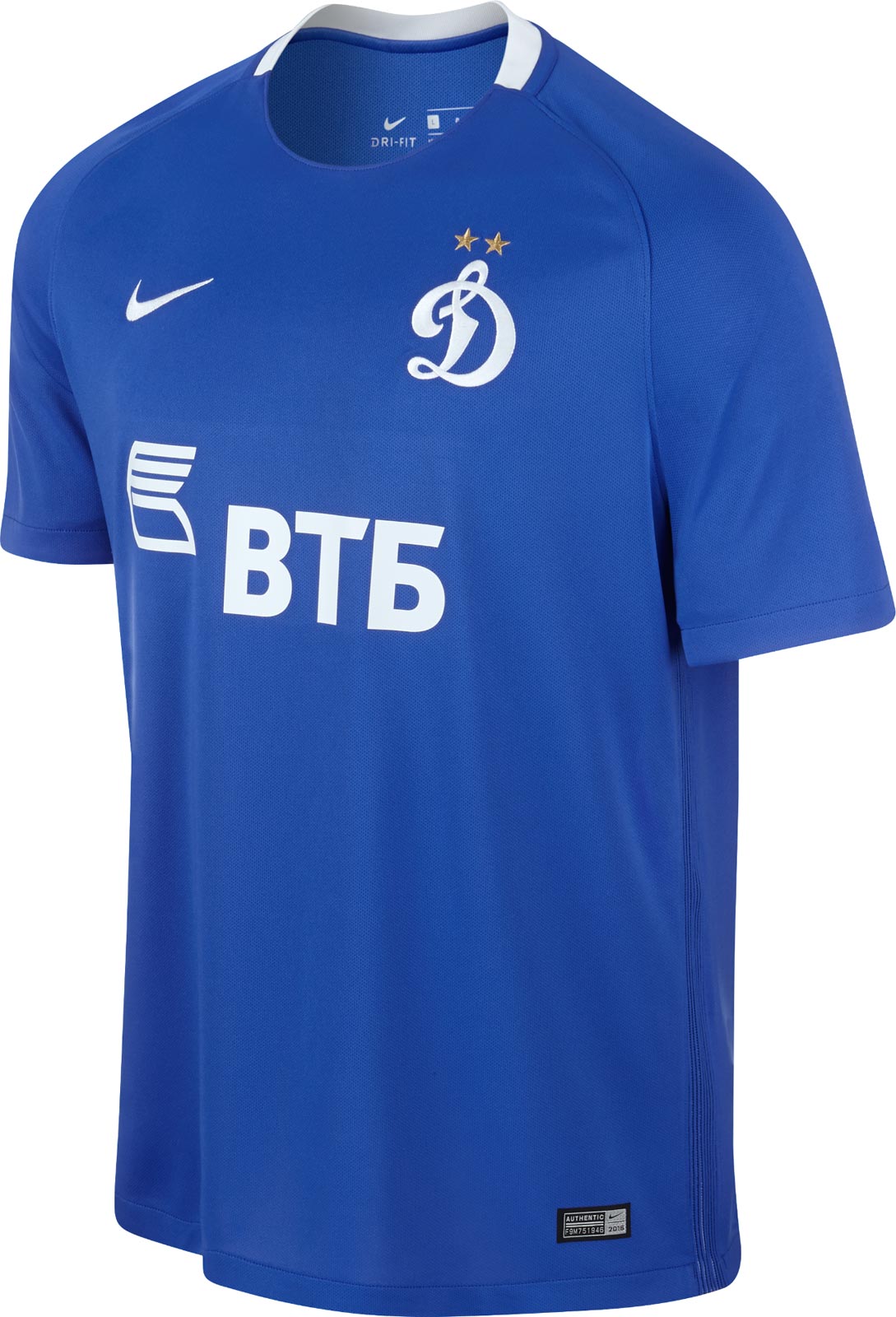 There is very little change to last season’s home kit. The black collar has been replaced by white, with the front of the V-neck the same blue of the body of the shirt. The logos of sponsors and manufacturers are in white whilst the famous club badge sits on the left breast. 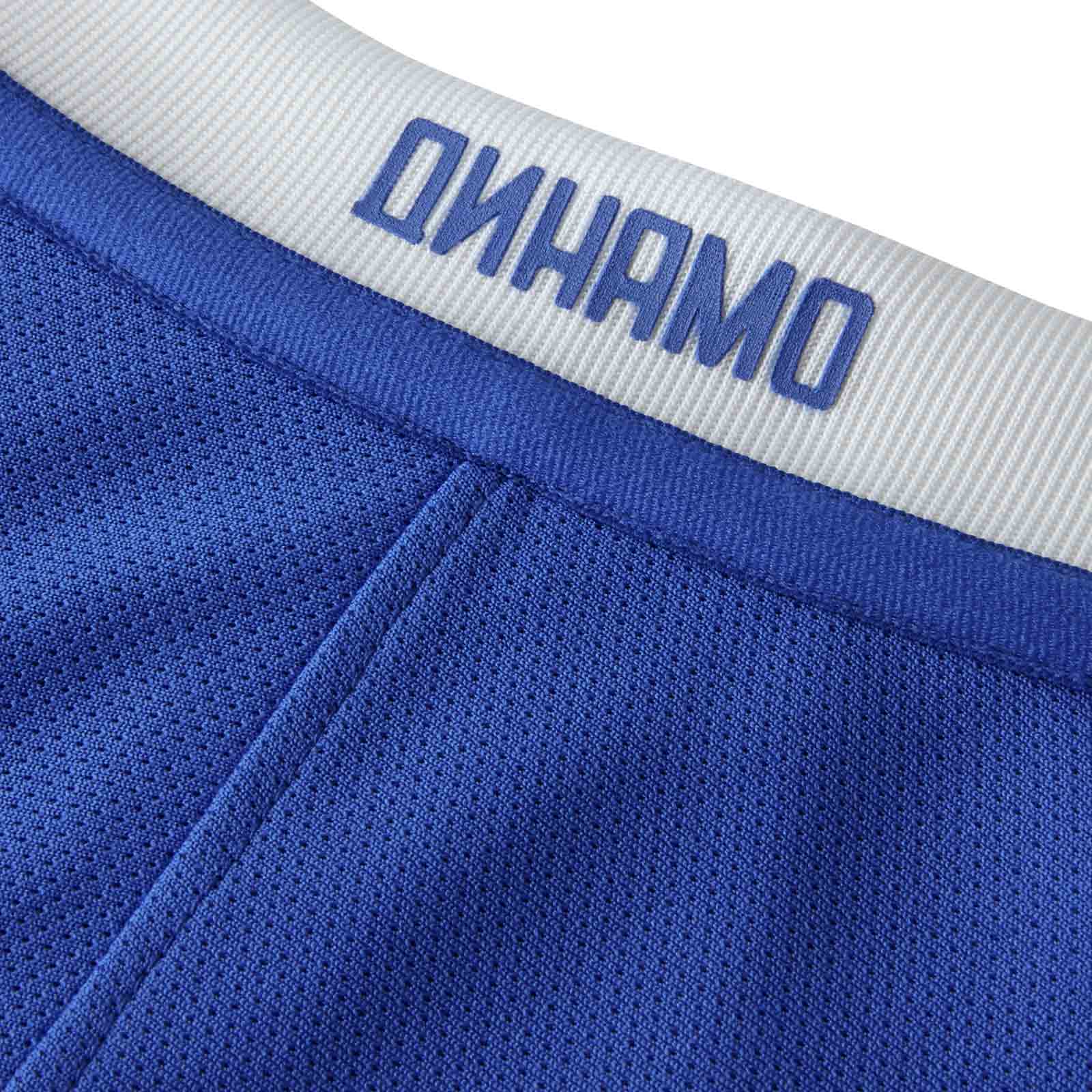 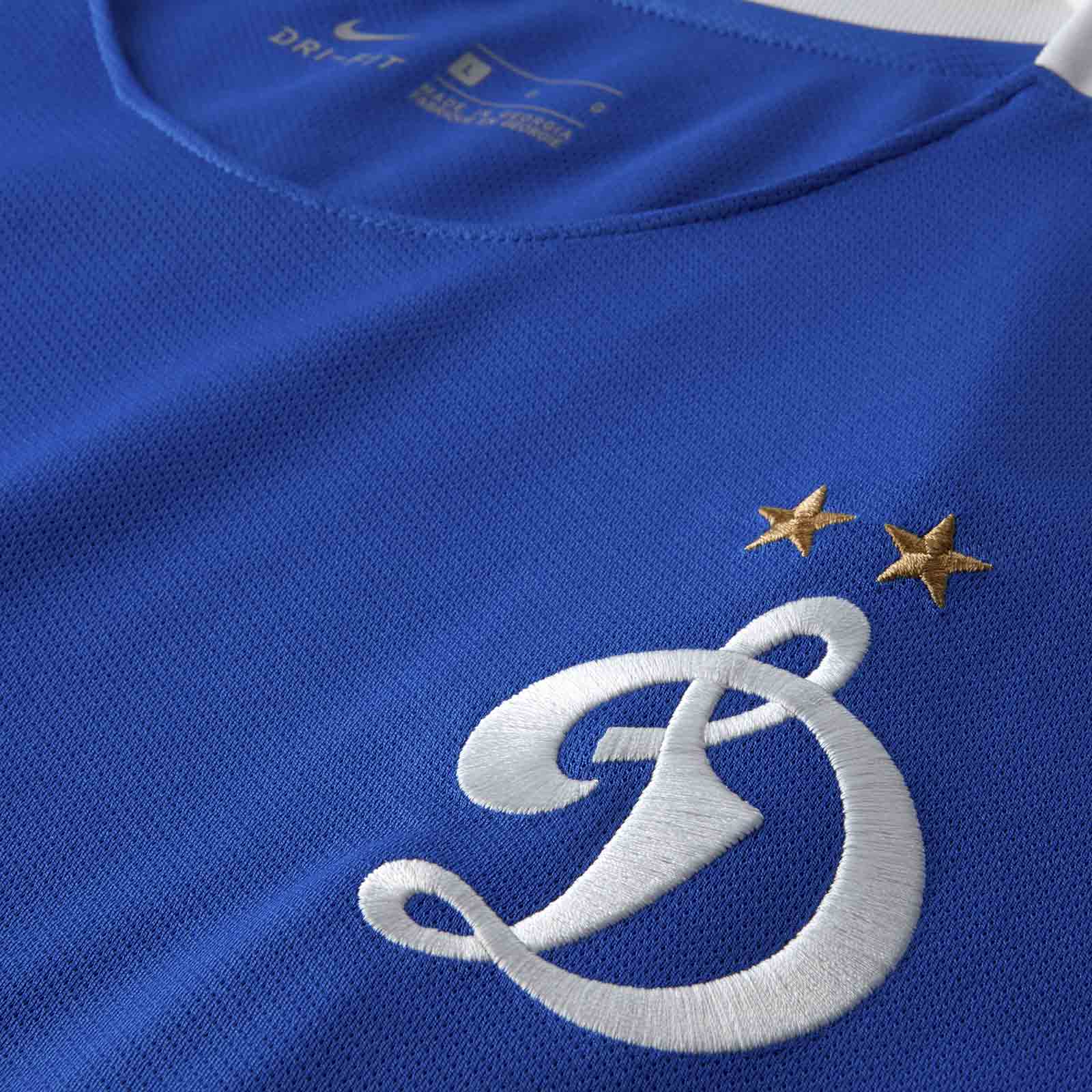 On the reverse of the collar in white, is printed “DYNAMO” in cyrillic script.

The shorts are white with the kit finished by blue socks.

This is the away kit Dynamo Moscow will wear for the 2016/17 season. 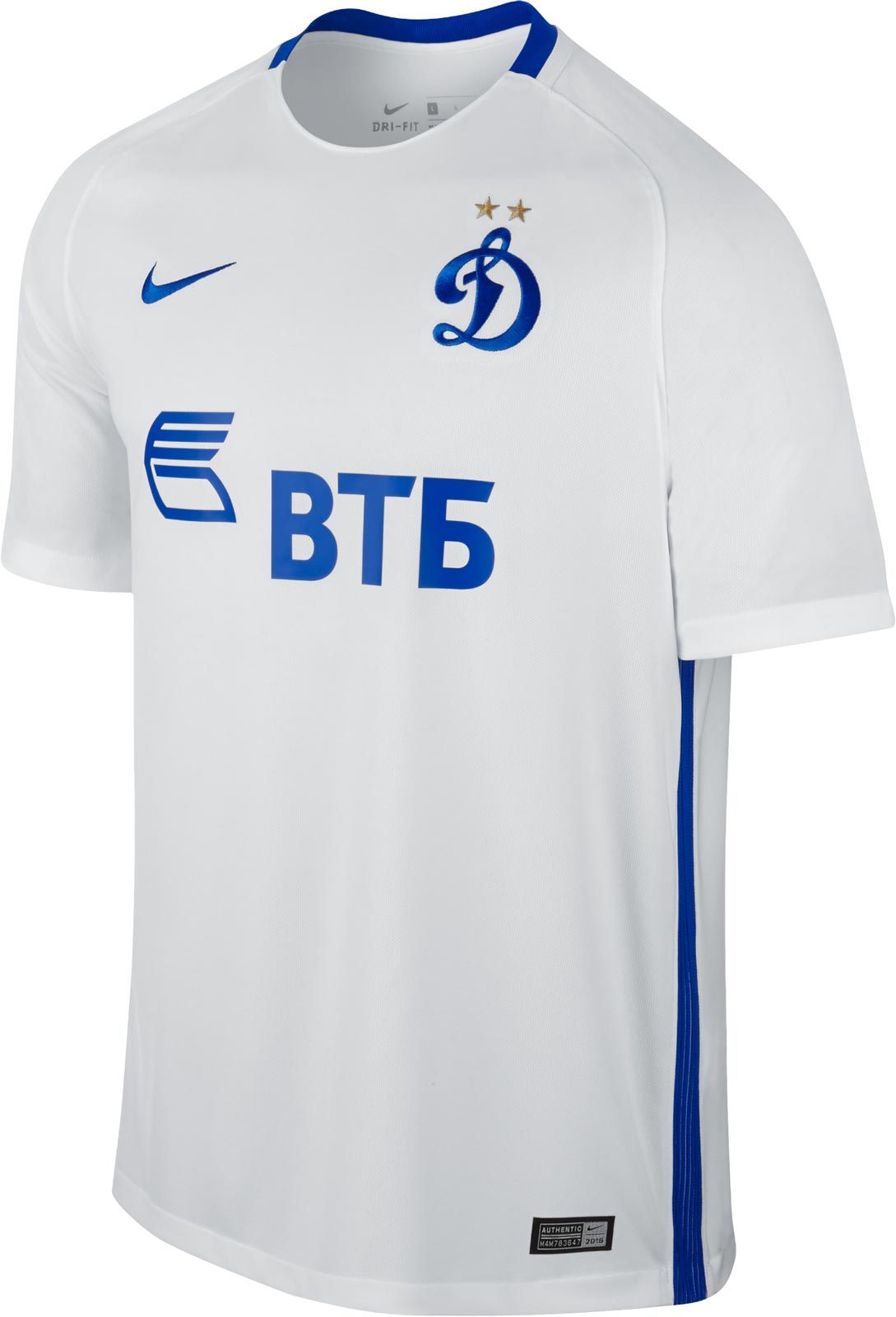 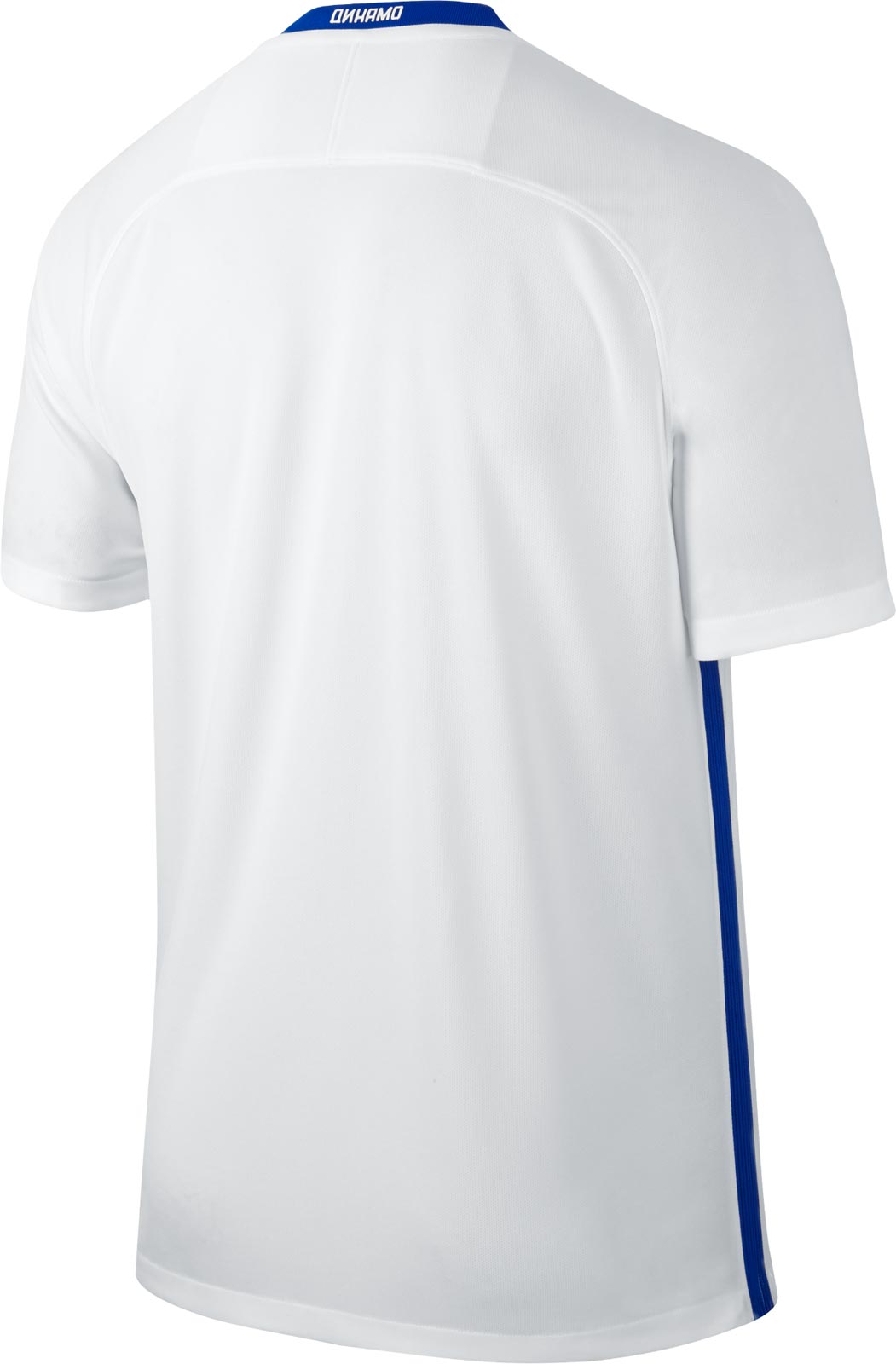 The Nike template for the summer has been adapted with Dynamo opting for an all-white shirt with blue trim.

Down the side of the body of the shirt is a blue vent whilst the collar on the home shirt is reverse with white at the front and blue around the neck. The pattern is a ribbed effect, with darker and lighter shades of blue. 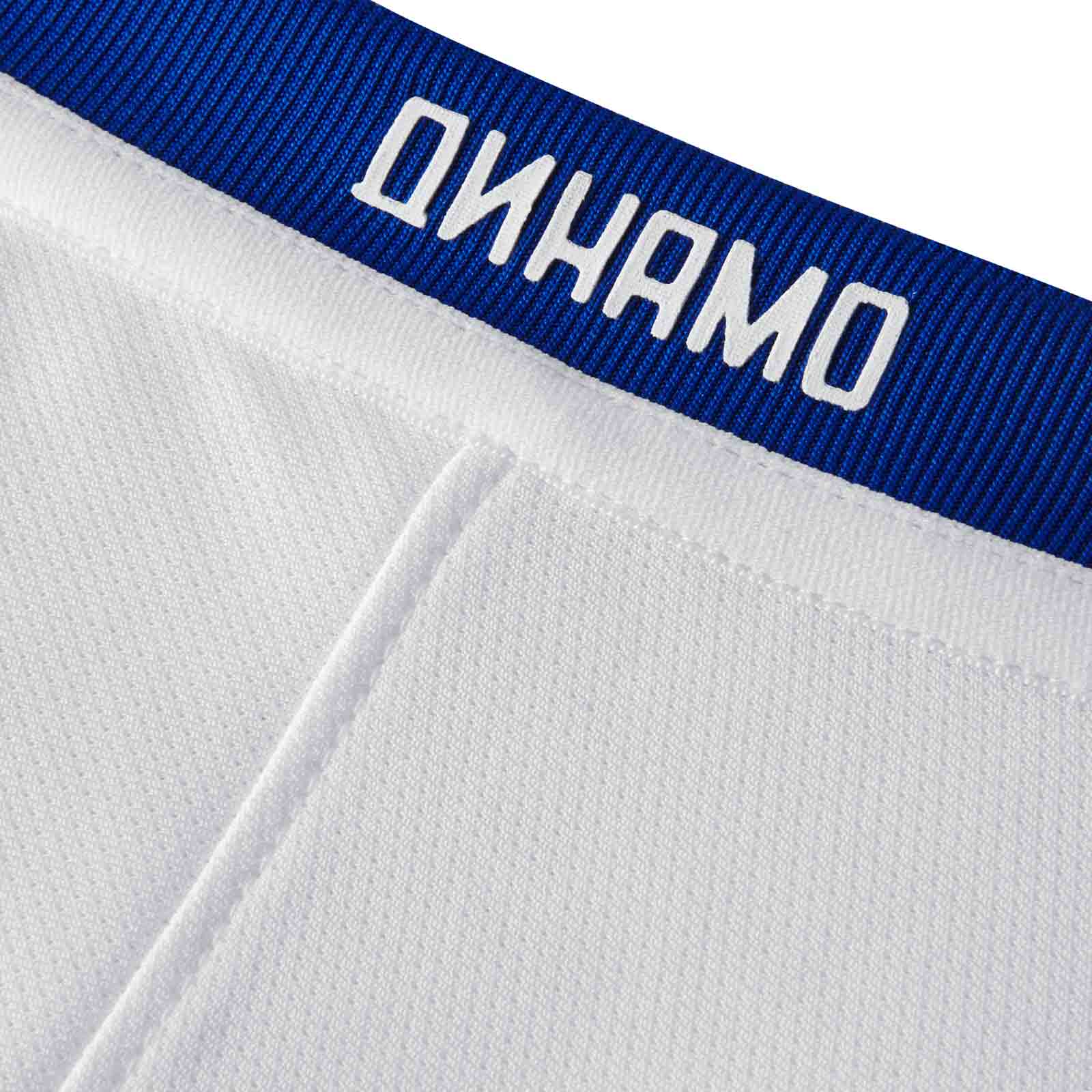 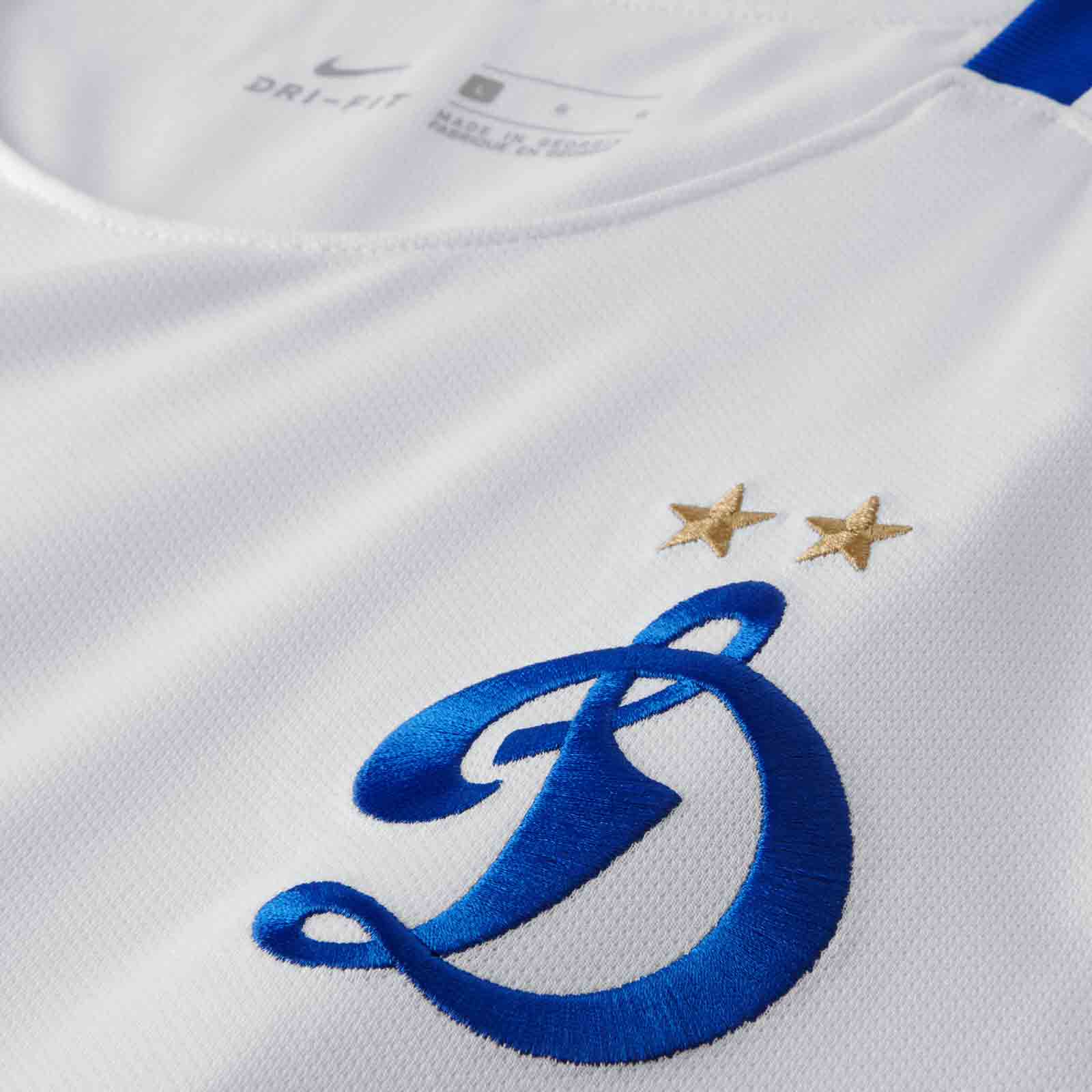 The shorts are blue and the socks white.

It’s a very straightforward kit from Russia’s oldest club. The sense of history should serve as inspiration for the players as they search for promotion back to the Premier League.