Following on the from the launch of their home kit, England have released an alternate strip for the coming tests and Six Nations tournament.

The RFU has announced that it intends to bid for the 2021 World Cup but faces strong competition from the United States of America for the right to host the tournament. 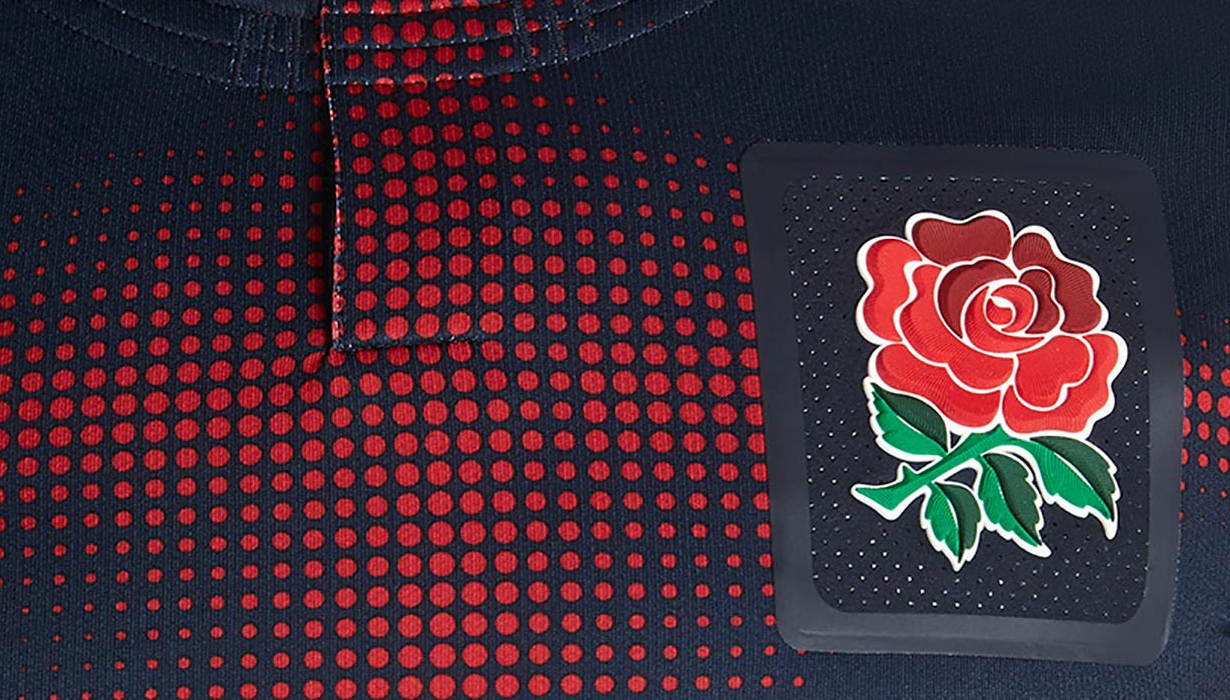 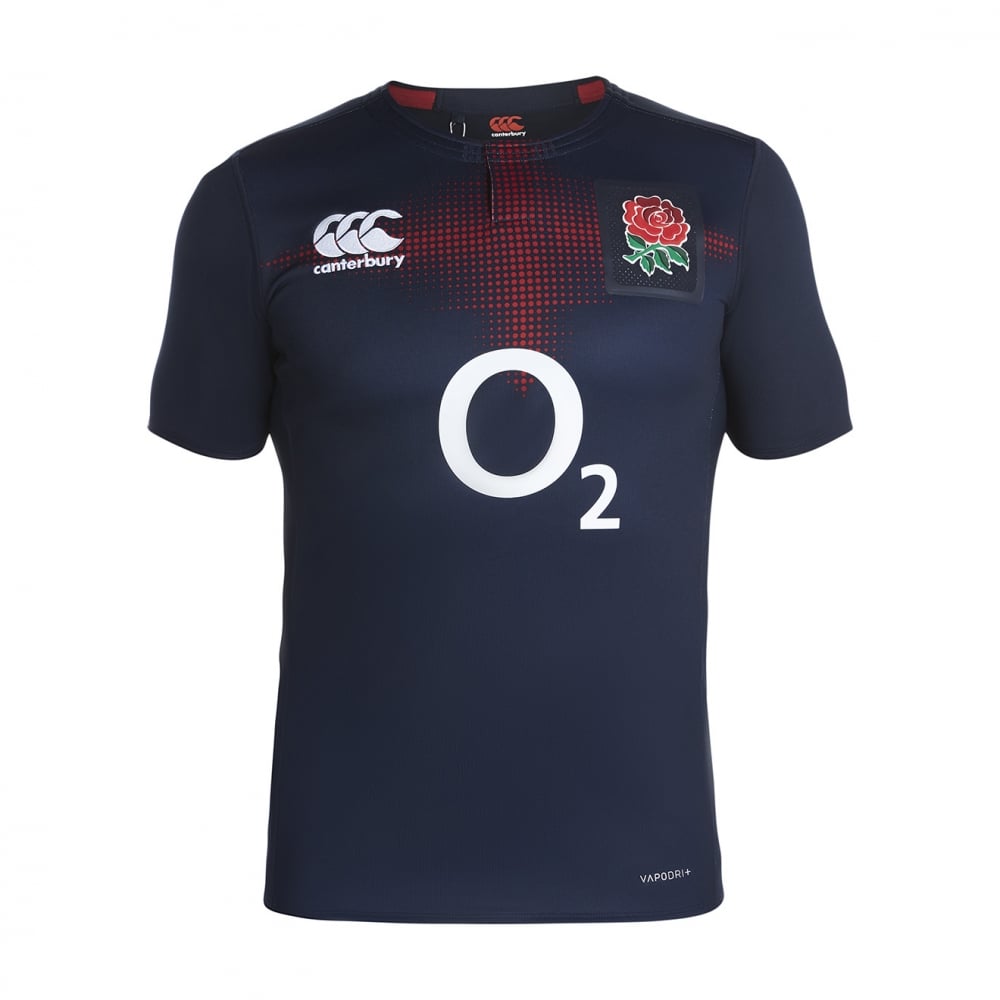 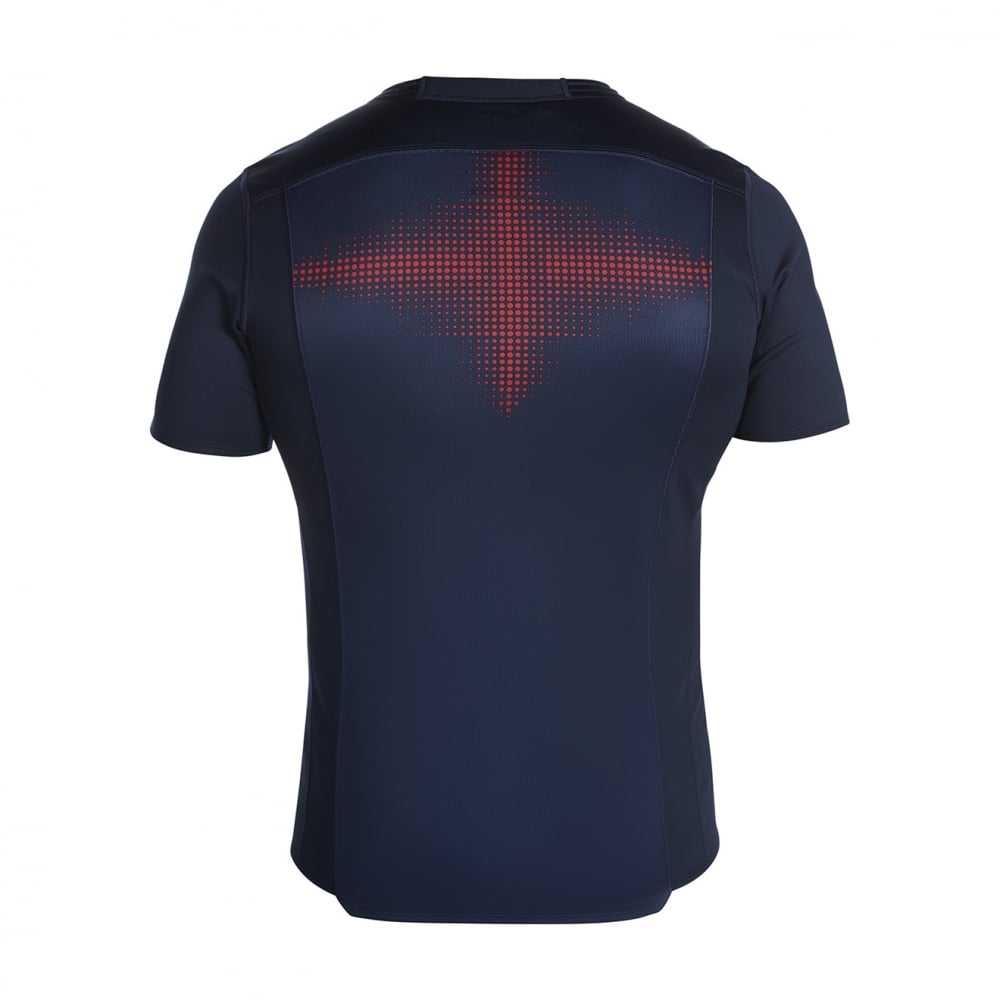 The kit is dark navy with several unique and distinct design traits. On the front, there is a red simulation of the Cross of St George in red dots, joining the Canterbury logo and the RFU Red Rose. The vertical band of the cross leads into the O2 logo on the midriff.

The RFU badge is again a 3D design, harking back to the time when England players embroidered their own badge onto the shirt. The practice ended in 1919.

On the reverse of the shirt, a fuller red Cross of St George covers the shoulder area.

Completing the kit is completed by blue shorts and socks.

The RFU has been severely criticised for the volume of kits released in the recent past. No assurances have been given that the practice of ‘specials’ and ‘one-offs’ will stop but it won’t be a surprise if this shirt lasts until next autumn.