After getting his first ever England goal at the weekend, Jamie Vardy is set to wear the brand-new Nike Hypervenom Phantom II Camo Edition boots in tonight’s Friendly against the Netherlands at Wembley Stadium.

The striker has been sporting the football boots in training and is now set to take to the famous Wembley pitch in the impressive new Nike football boots. 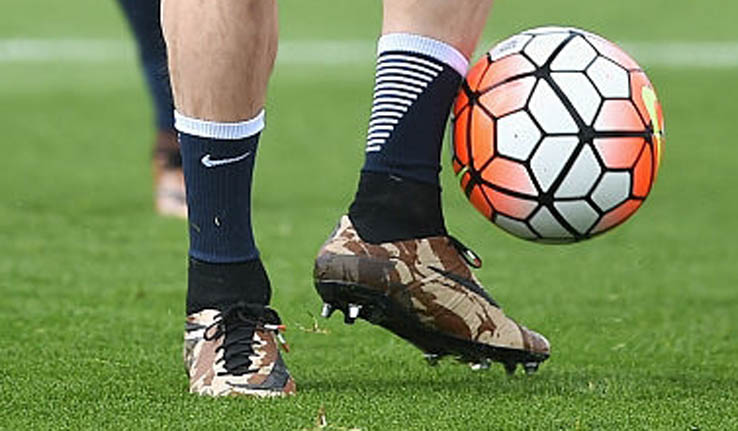 The Englishman wears a non-modified pair of Nike cleats which also features the exact same upper that’s on sale in shops.

While a camo design is usually to help something blend into its surroundings there will be no missing these football boots when Jamie Vardy debuts them.

He will also help debut the brand new 2016-2017 England Home Shirt tonight at Wembley with the rest of the squad.

What do you think of the 29-year-olds Camo boots?