Highlighting the strong bond between the club and the city, the front of the Köln 2015-16 Home Kit boasts a thin diagonal stripe panel, with the silhouette of the famous Cologne Cathedral worked into the lines. 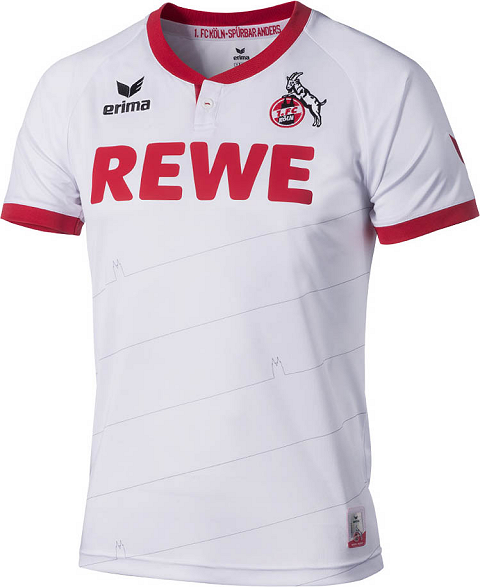 The new Köln 15-16 Away Kit boasts a modern design after last season’s away shirt introduced a classic design. Made by German sport supplier Erima, the new Köln Away Kit features subtle diagonal stripes on the front, which include a special gradient effect. 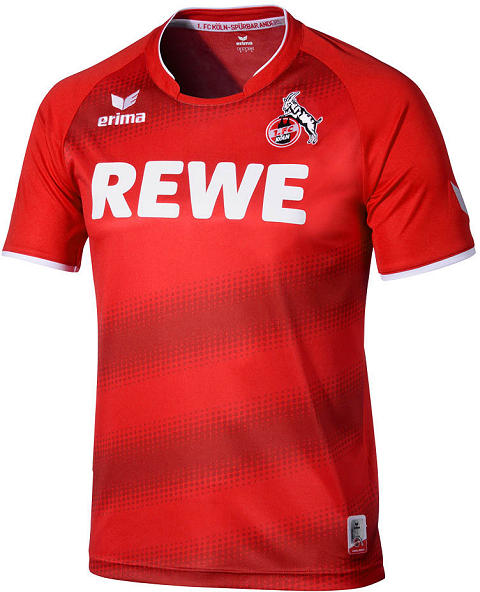 The new Köln 2015-16 Third Jersey is dark blue with a simple v-neck collar that is yellow around the rear. An elaborate lines design is visible on the sleeves and shoulders of the new Köln Third Kit. 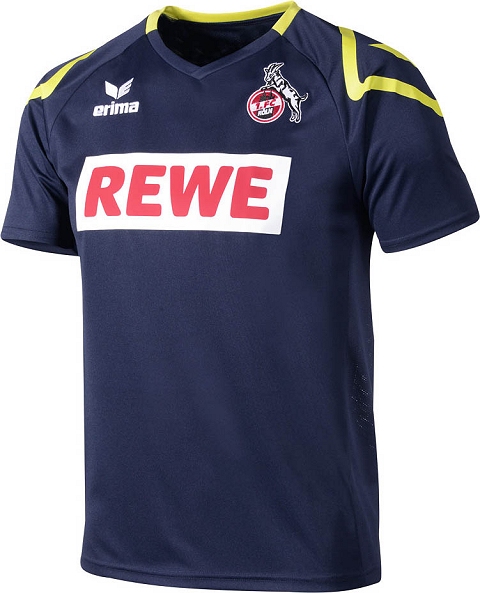