Football has never been shy of a celebration, especially when there’s a kit to be sold. Umbro and Argentinean club, Estudiantes de La Plata are no exception, with a new kit unveiled which celebrates the ‘Torneo Apertura’ title win in 2006. As the motif says, “In life, you have to believe”.

Estudiantes are best known – or maybe notorious – in the UK for their 1968 Intercontinental Cup meetings with Manchester United. The footage, as boxing parlance would have it, tells the ‘tale of the tape’… 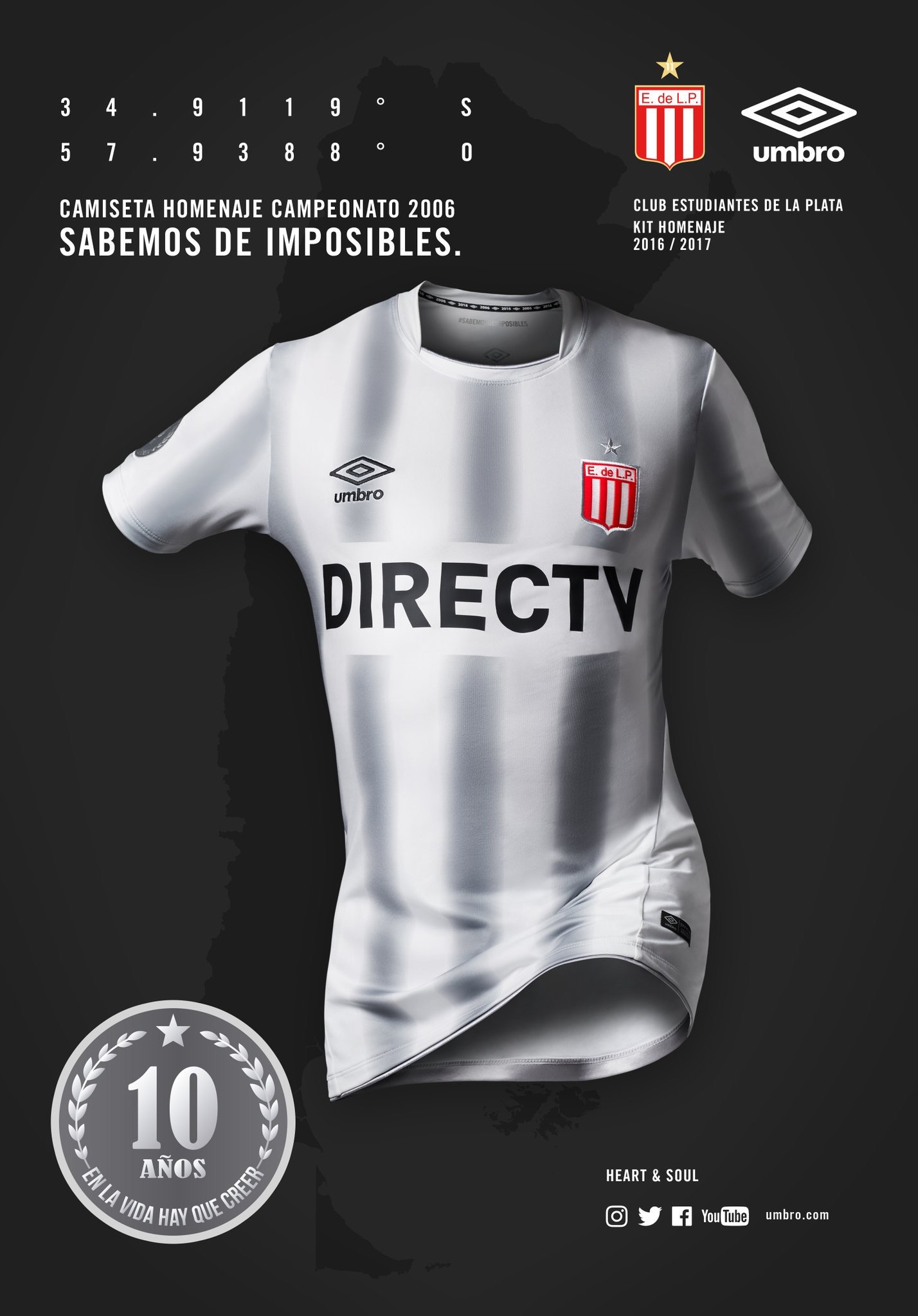 This is commemorative kit, celebrating Estudiantes 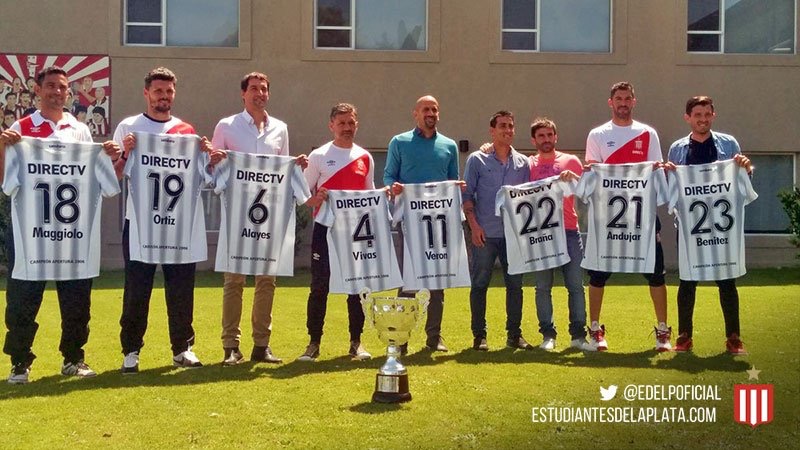 Estudiantes will debut the kit in the meeting with Rosario Central today in Apertura clash at Estadio Centenario Dr. José Luis Meiszner. The club is managed by former Arsenal player, Nelson Vivas – a member of the title-winning squad – and sit top of the table this morning. 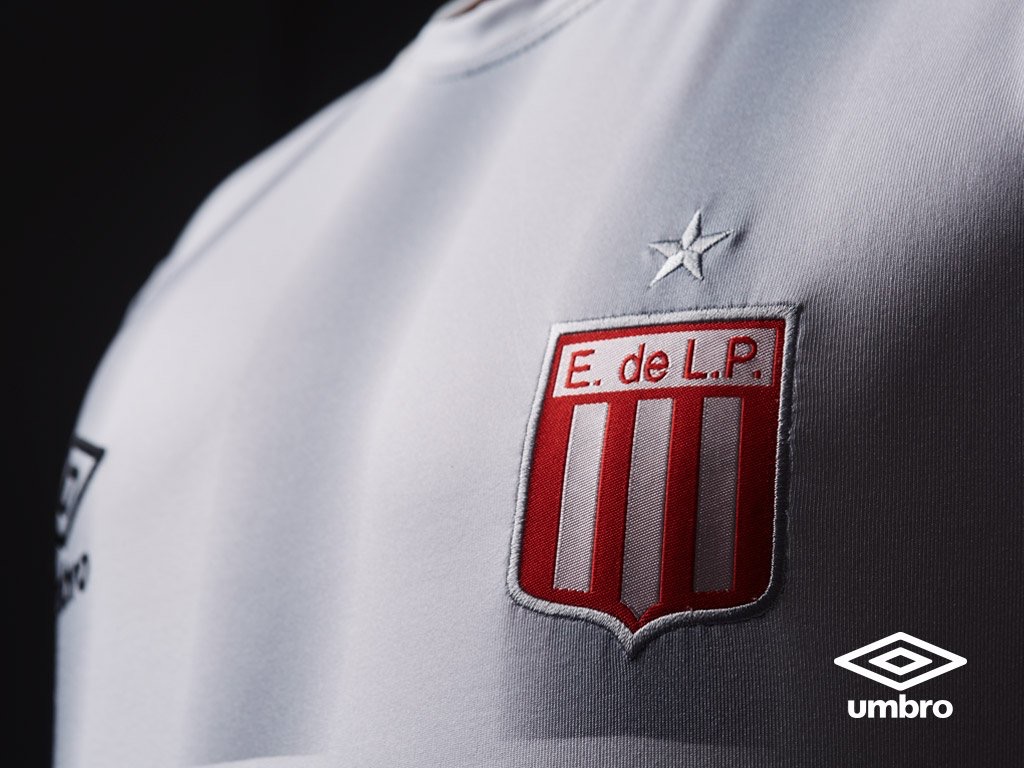 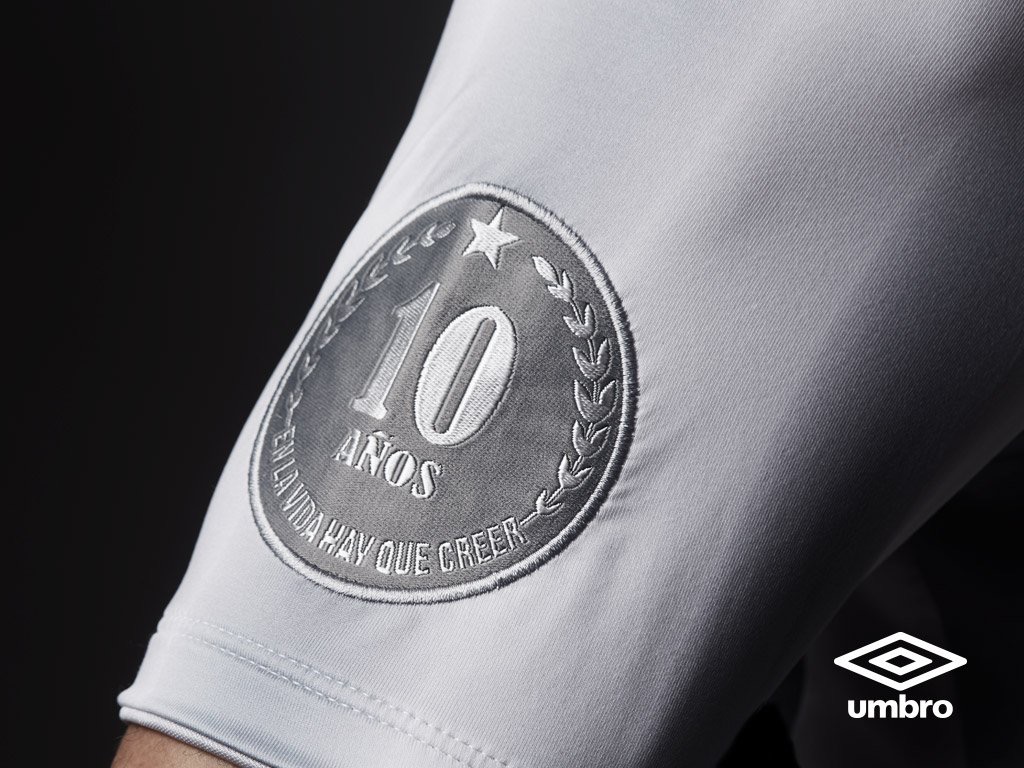 The kit features a faded grey stripe down the front and back, over the white base colour.

Celebrating the title win, there are motifs and badges across the shirt. On the left sleeve is a grey laurel crown with the slogan ’10 AÑOS’ centrally. Elsewhere the title triumph is remembered with various slogans celebrating ‘2006’ and the ‘Campeón Apertura 2006’. 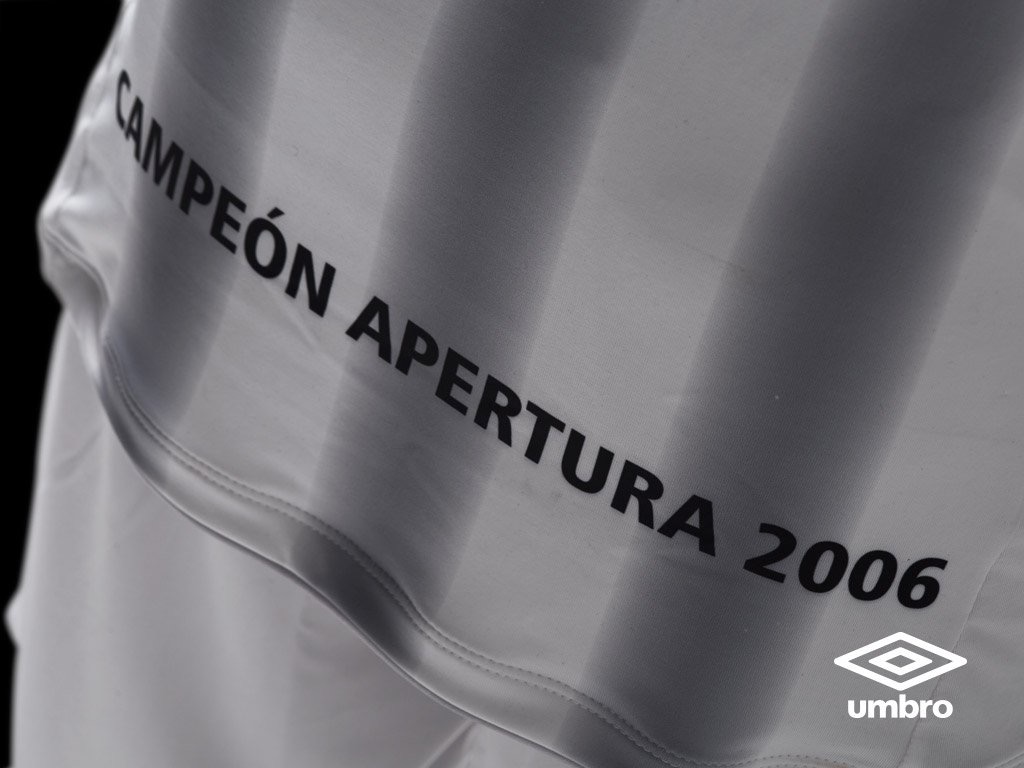 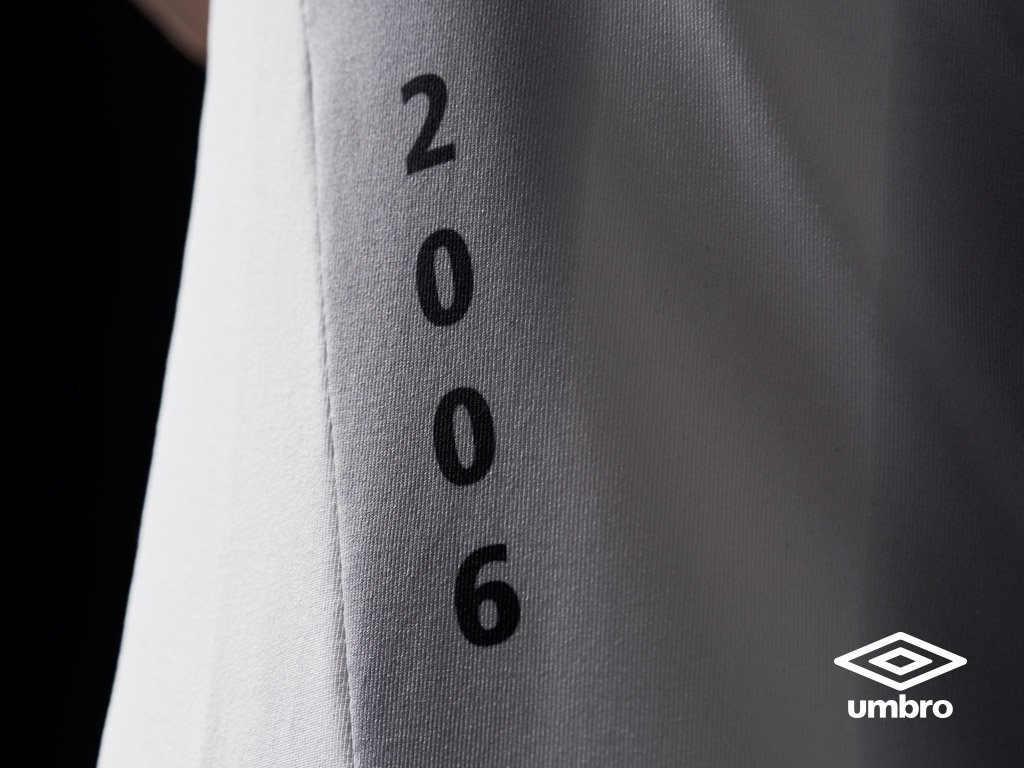 On the reverse, Umbro has their name printed below the collar with the familiar double diamond on the left breast. 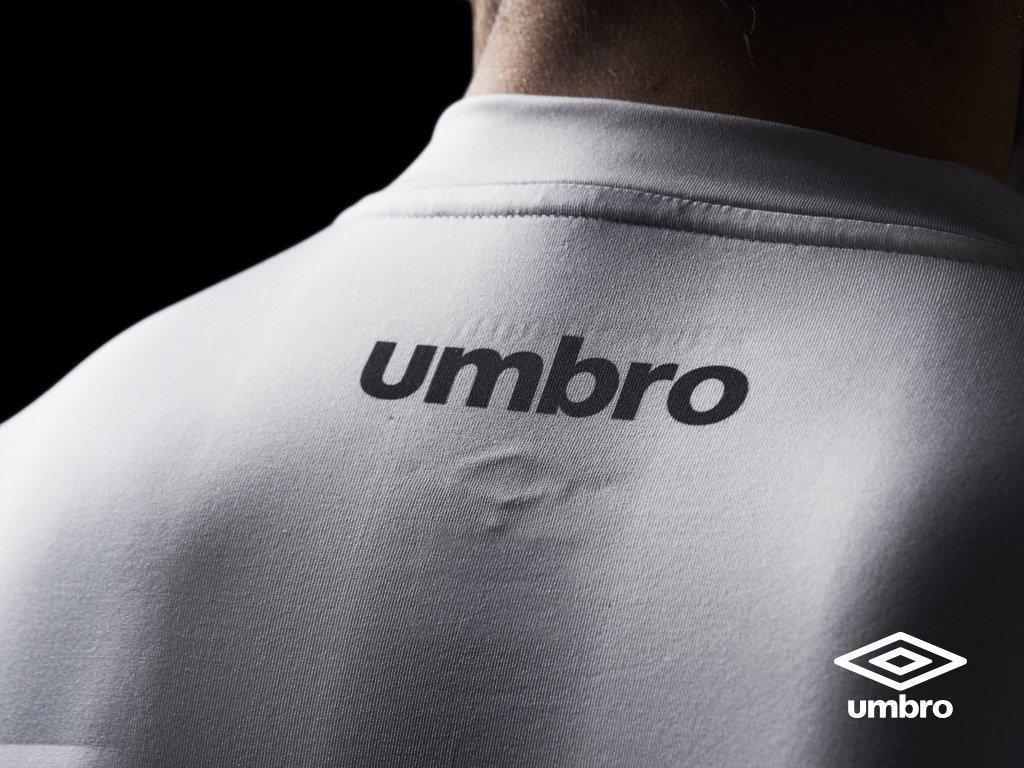 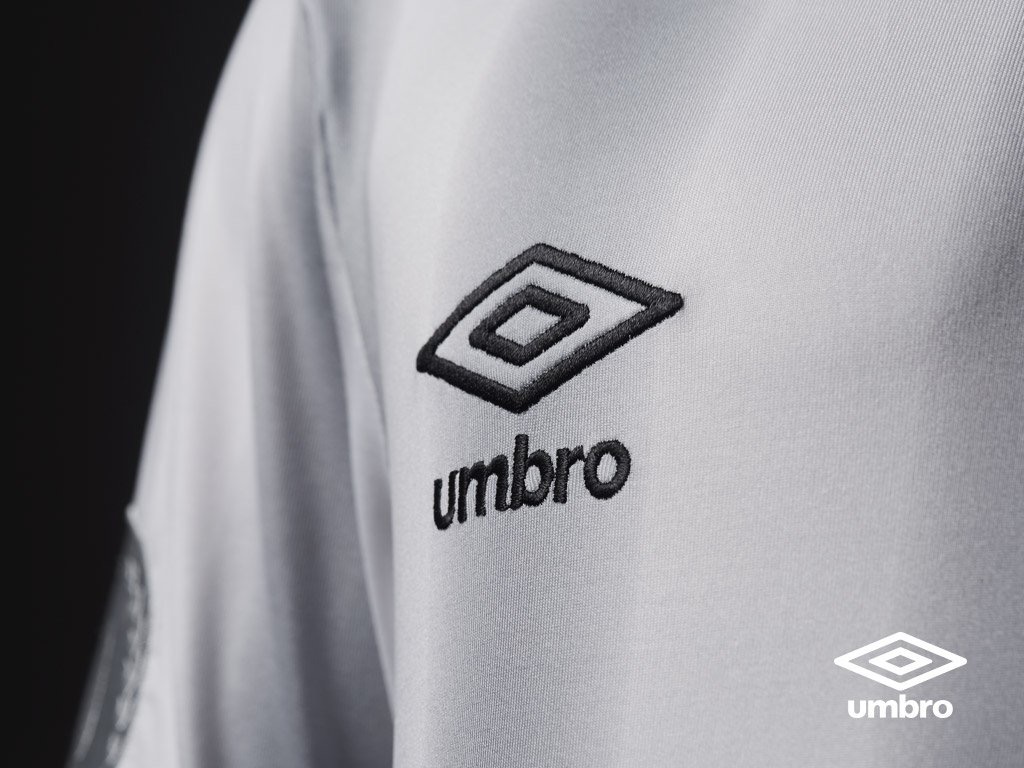 It’s a fine design to celebrate a title win, one the club hopes to repeat this Apertura season. 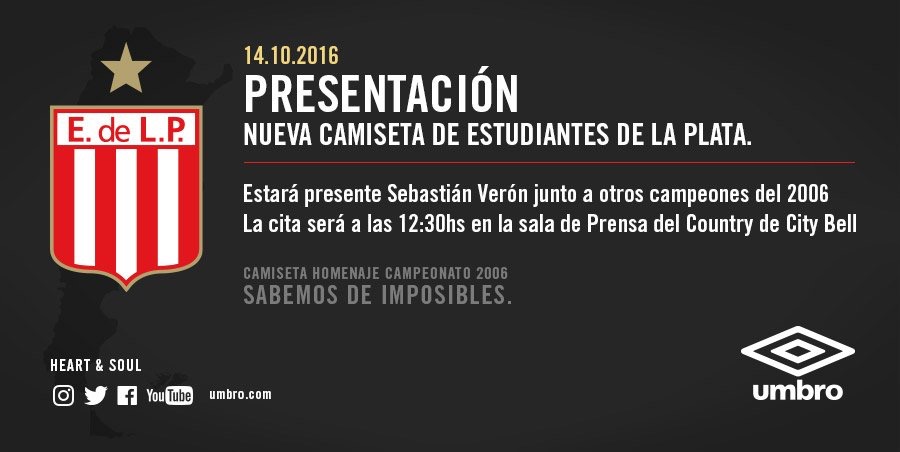