Everton, confirmed in seventh place in the 2016-17 Premier League, unveiled their home kit for the 2017-18 season. With the change in main sponsor, the shirt won’t see it’s competitive debut until next season’s Europa League qualifiers. 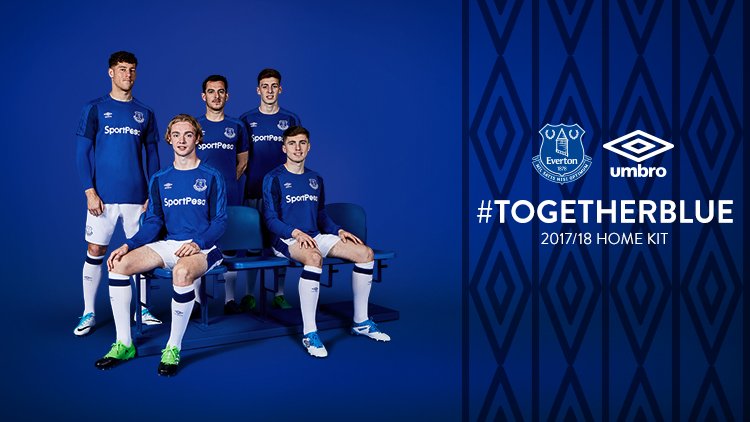 The kit features a silhouette of the club’s legendary goalscorer, Dixie Dean, on the reverse under the collar. His 60 goals in 1927-28 remains the record for goals in the English top flight and is unlikely to ever be beaten. In the calendar year, he scored 85 goals in 60 games.

Dean’s haul is all the more impressive when you factor in the ten games he didn’t score in! Fittingly, he broke the previous record of 59 goals set by George Camsell the year before, with a hat-trick against Arsenal on the final day of the season. 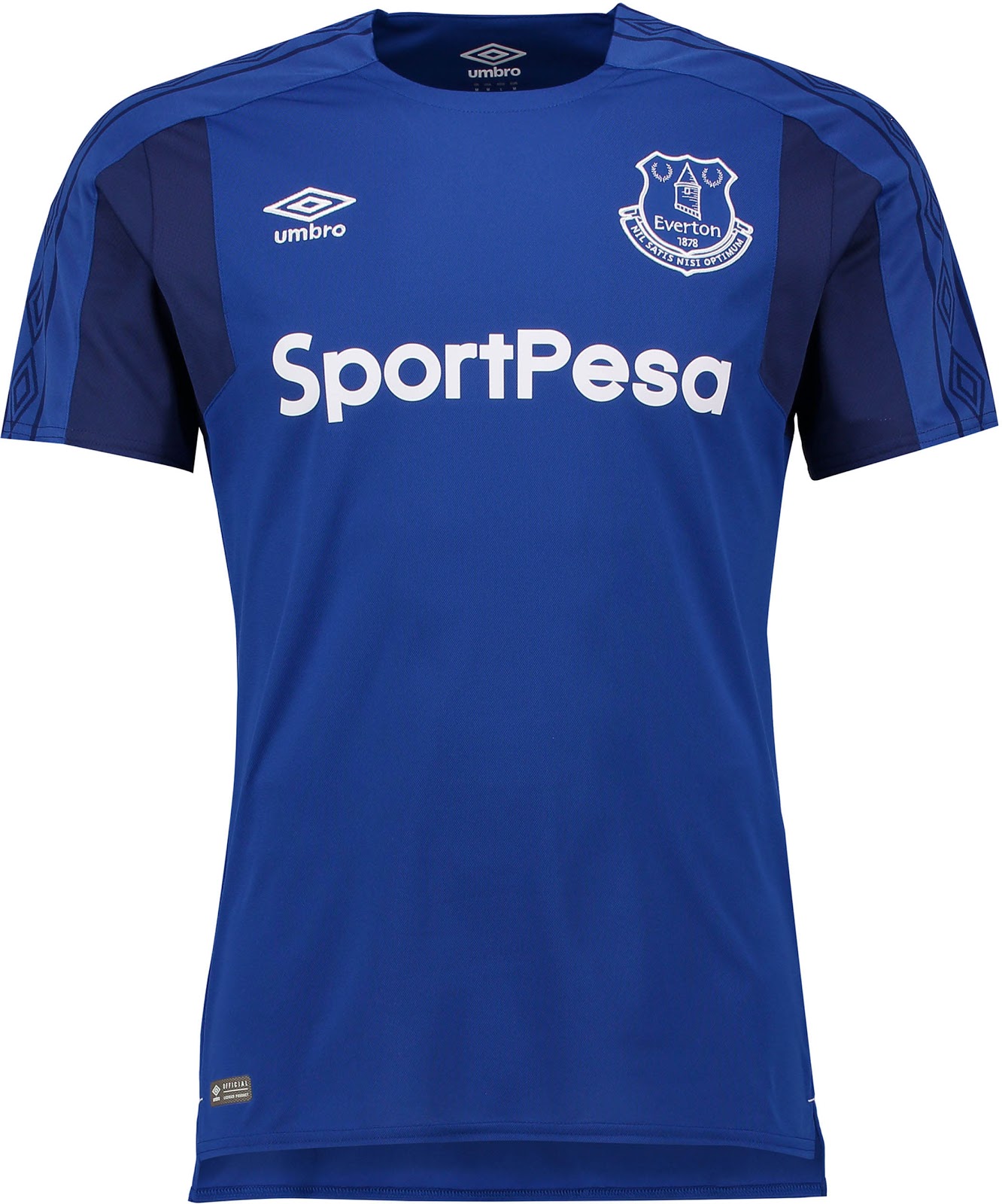 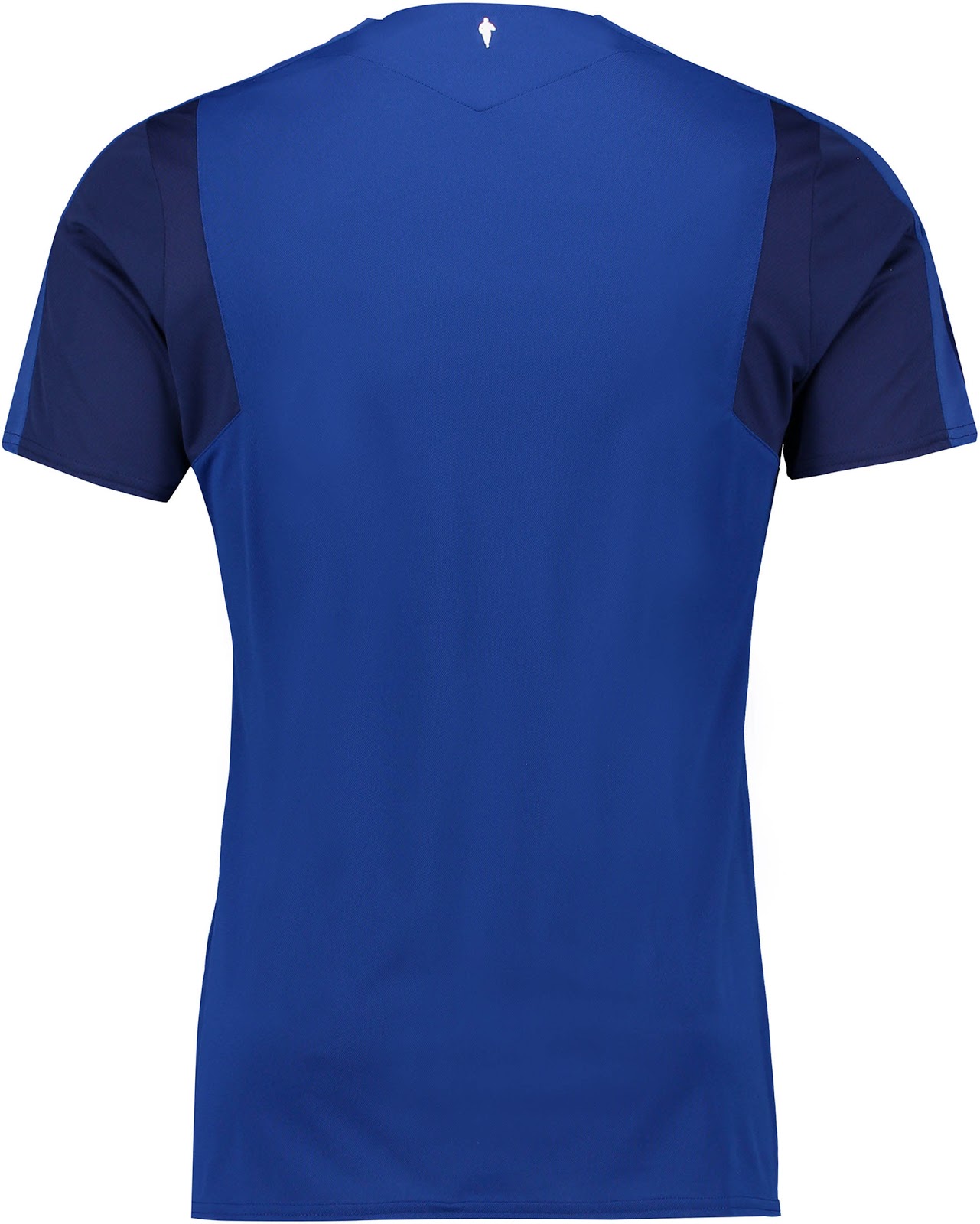 As usual the shirt is royal blue, but this year the only white trim comes in the badges and logos. Navy panels on the sleeve provide contrast while a royal blue stripe features retro style Umbro logos.

The shorts and socks, both white, feature a similar patterning: 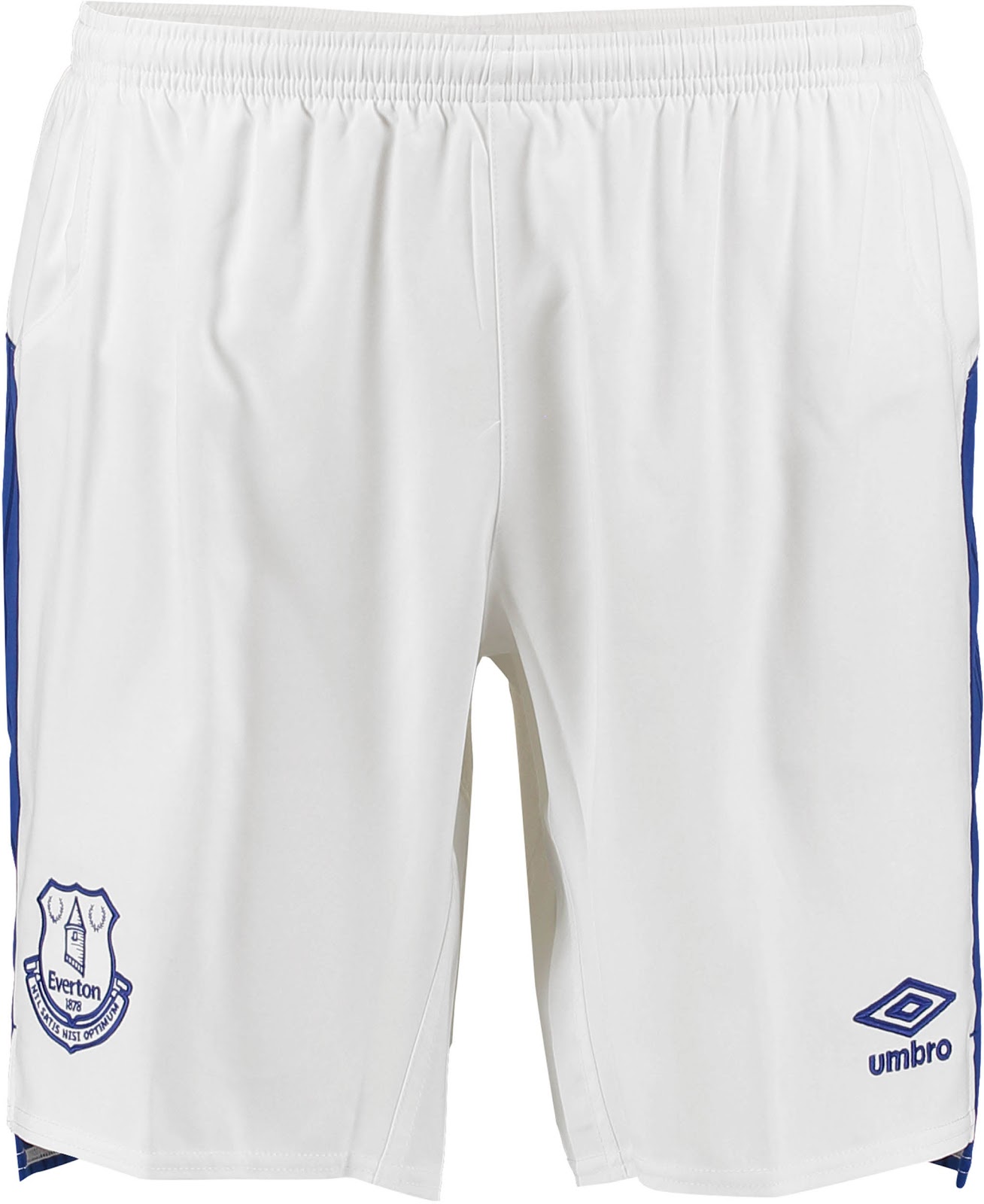 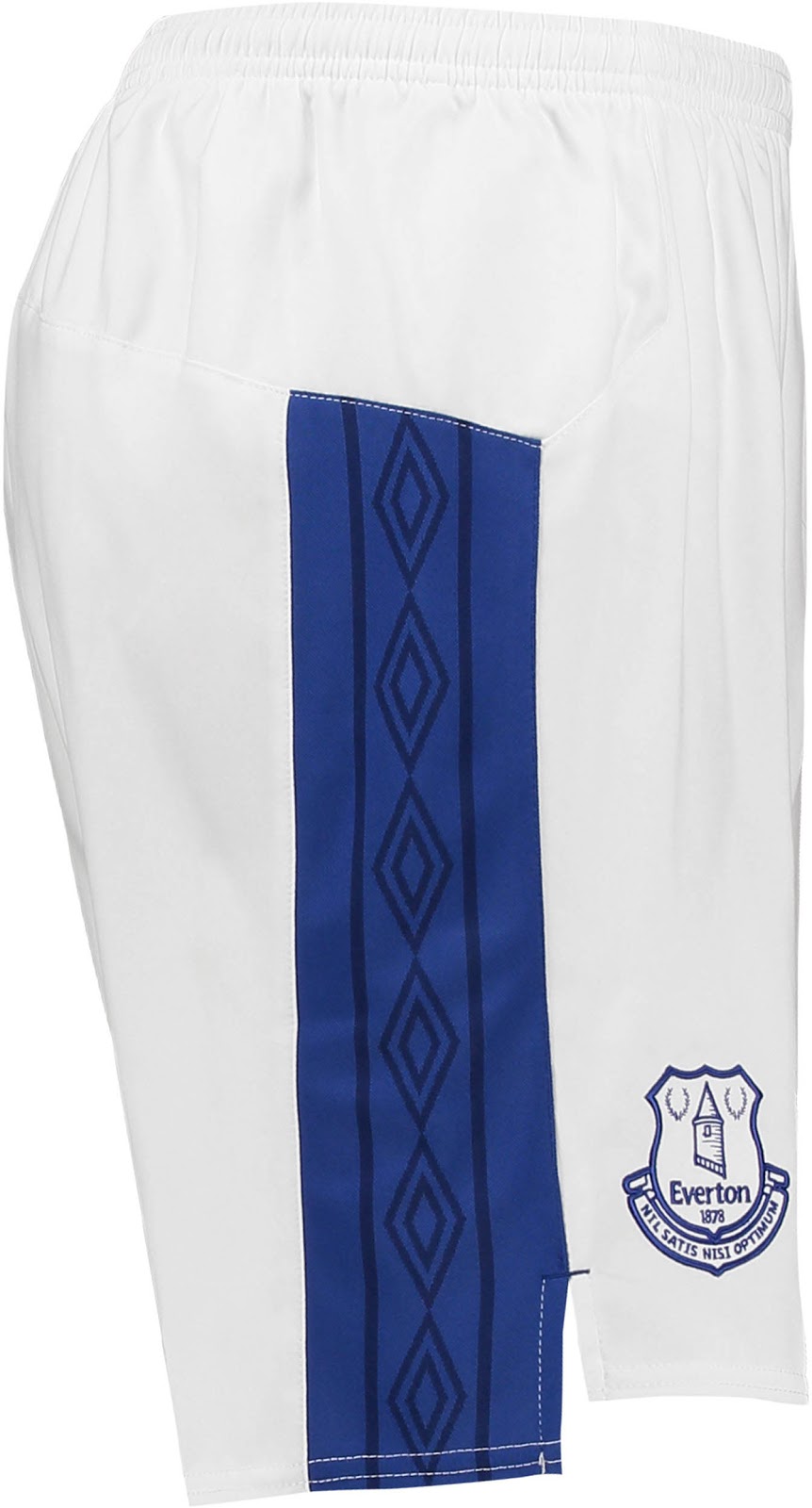 The purists might argue that without a white collar and cuffs, there is something missing. After the current season’s homage to the late sixties kit designs, that’s understandable.

However, Umbro’s delivery is true to the club’s heart and the navy panels nod toward the casual market.