League Two side Exeter City recently released the 2016/17 home and away kits. Manufactured by Juma, the Grecians away kit was the subject of much debate with the club eventually issuing a clarification over its colour: was it yellow or green? 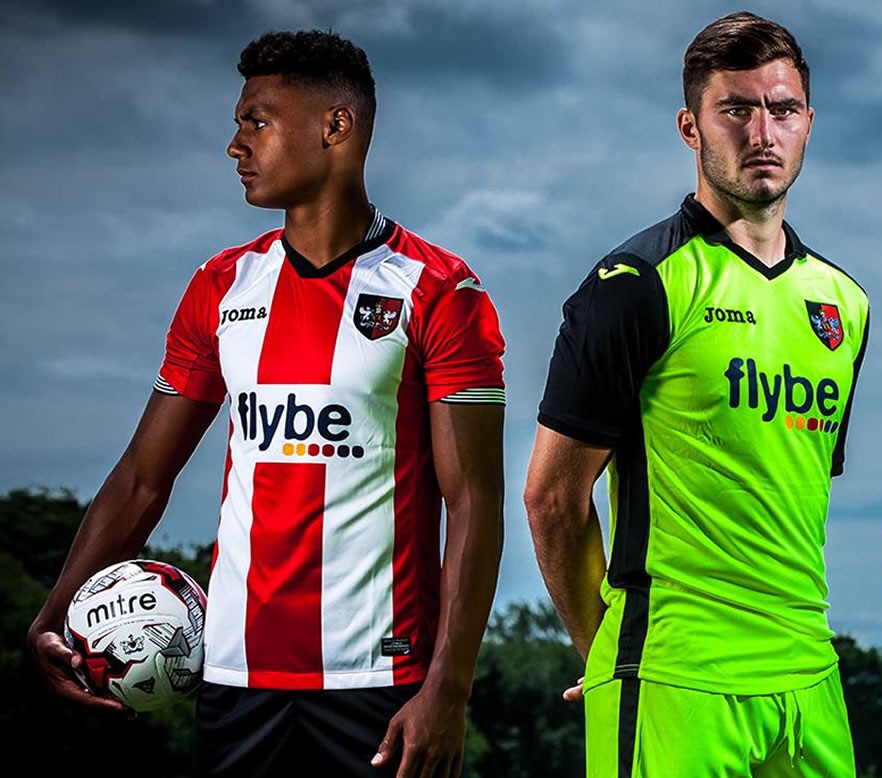 This is the Exeter City home kit to be worn during the 2016/17 season. 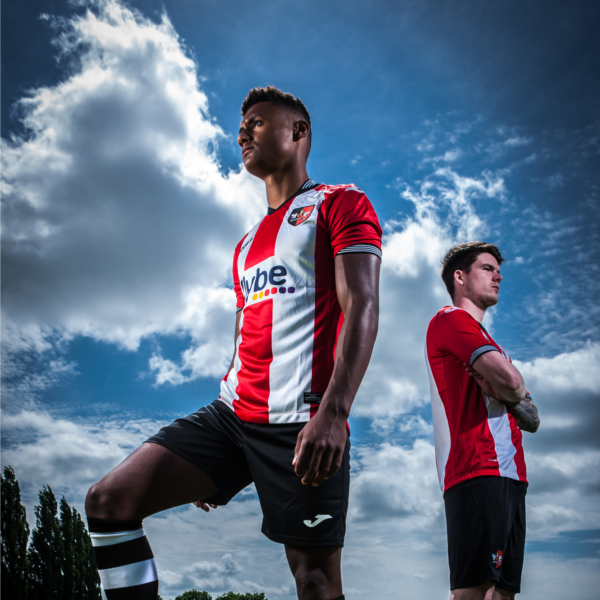 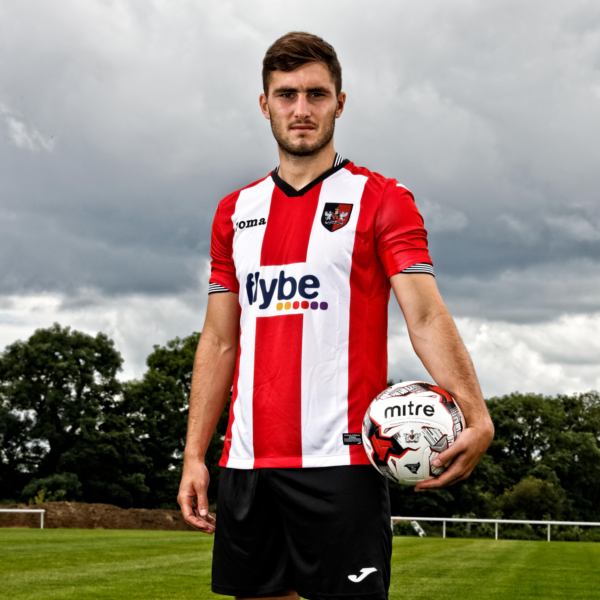 The red and white stripes were first worn in 1911. Before that – whisper it – the kit was green, the same colour as Devon rivals, Plymouth Argyle. There have only been a handful of occasions in the last thirty five years when a variation on this kit design hasn’t been worn.

The stripes are thicker than last year wit three down the front and back. The sleeves are red with the cuffs thin black and white stripes. The same pattern partially covers the side and back of the neck.

The shorts are black and the socks white and black hoops.

This is the away kit Exeter City will wear during the 2016/17 season. 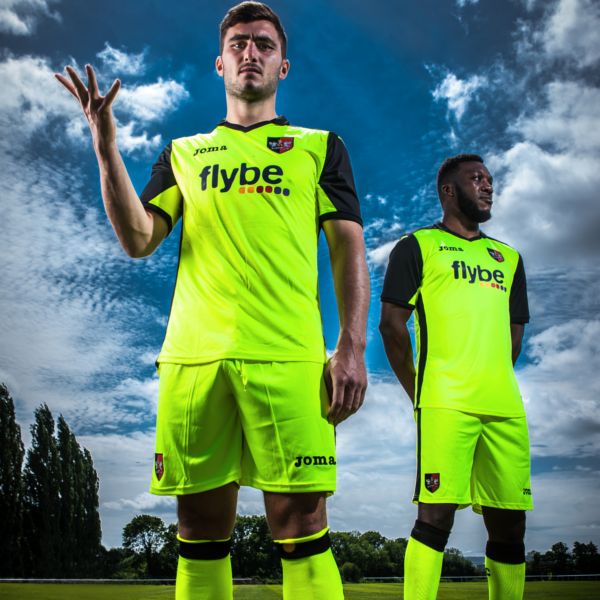 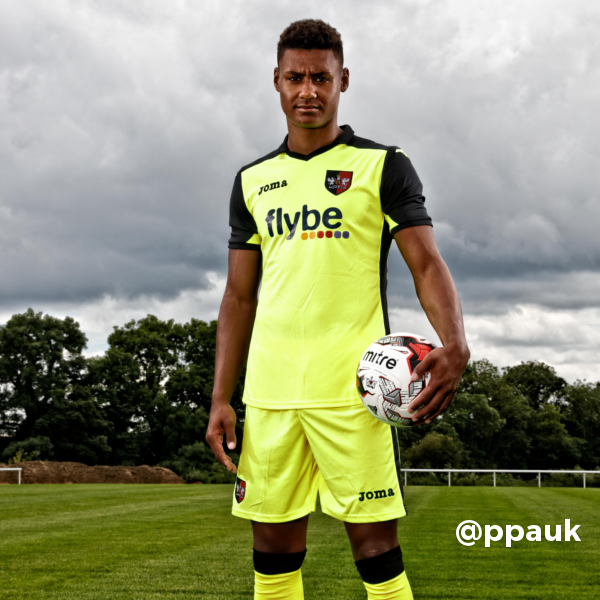 The club’s answer to the burning question over the kit’s colour? It’s luminous yellow although in a certain light that looks to be stretching the definition!

There’s a retro feel to Joma’s design with the winged black colour hinting at the kit designs of the early 1980s. The black shoulder panels lead into solid black sleeves which feature a small yellow panel under the arm. There is a black stripe running down the side of the shirt’s body and shorts.

Socks are luminous yellow with a thick black turnover. The insignia and logos are all in the black on the front of the shirt with a Joma logo in yellow set against the sleeves.