It’s hard to get excited about a football. They are round, fly through the air with the greatest of ease and generally make the average footballer’s life difficult. The exceptional footballer caresses it, nurtures possession and gets me waxing lyrical.

Football’s have come a long way since my youth. They were white, occasionally orange for snowy weather, with a minimal of colour on them. Any trim was black; other hues seem so against the British stiff upper lip.

And none of them were as exquisitely decorated as the Derbystar ball to be used in the Dutch Eredivisie next season.

This is the Derbystar ball which will be used in next season’s Eredivisie: 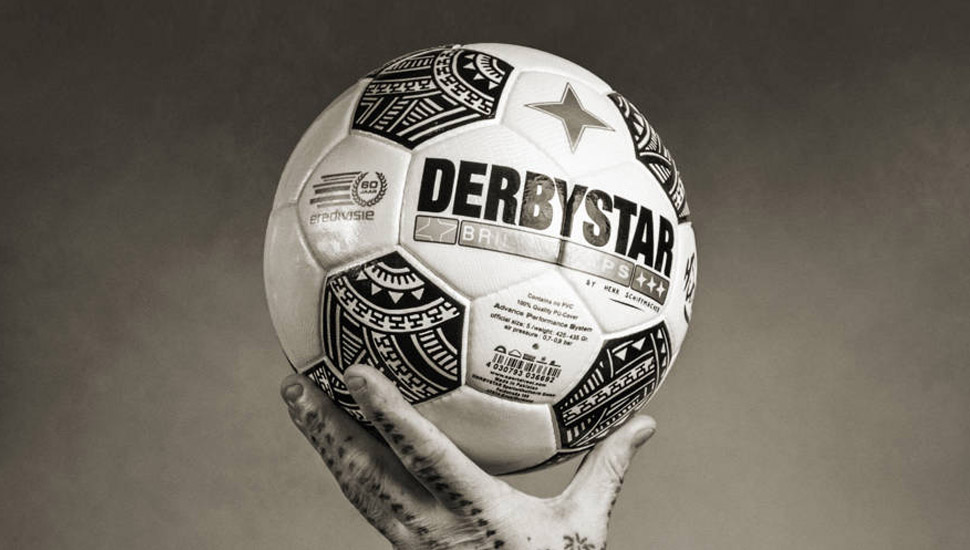 Being Dutch, design was no holds barred and features the ideas of native tattoo artist, Henk Schiffmacher. Inspired by Amsterdam, the pattern panels represent the words he feels best represent the city, “power and connection”. 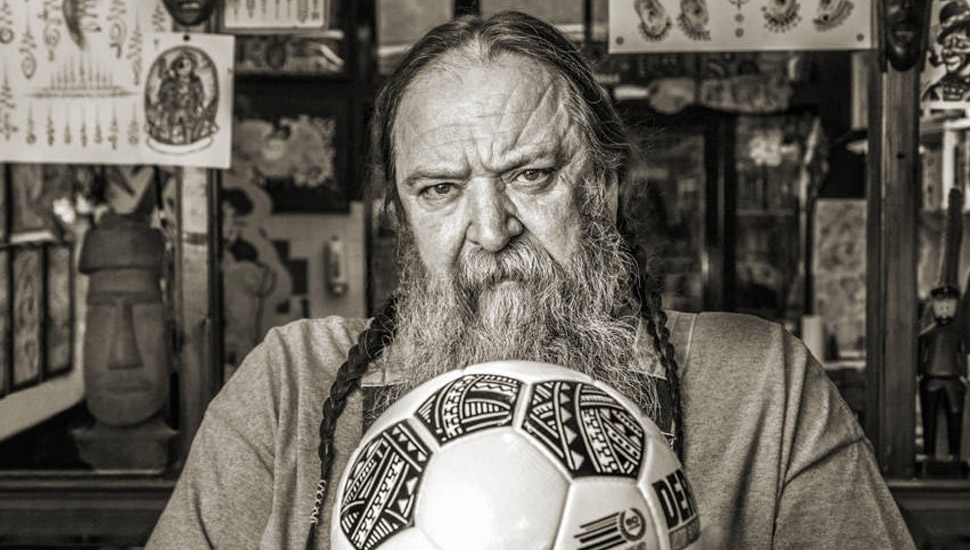 With the black panelling, it’s not a million miles off the Adidas Telstar in looks, with a hint of the Tango thrown in from the tattooed graphics. I dare say that it floats through the air better than the Mitre/Stuart Sturridge ball used in English football during the early 1980s. The red band of panels gave it a wobbling effect when it was in the air, the like of which has not been seen since.

The Derbystar will debut on the final weekend of this season.