Juventus, Italian double winners for the third consecutive season, are also Serie A champions for the sixth year in a row. A week ago, they offered Roma a glimpse of the title, losing 1 – 3 in Rome.

Having teased the Giallorossi, goals from Mandzukic, Dybala and Alex Sandro in a 3 – 0 win over Crotone on Sunday confirmed their position as champions. It was Max Allegri’s third title with Juve, his fourth in total.

Speculation over Allegri’s future continues although a move to Arsenal now seems unlikely. Arsène Wenger is set to remain in north London, leaving Allegri to remain in Turin.

Allegri is preparing his side for the upcoming Champions League final against Spanish champions, Real Madrid. The 1 – 3 defeat to Barcelona in 2015 still hurts; Cardiff can expect Juve to breathe fire into the night and test Real to the extreme.

The photo below shows a classic yellow and blue shirt for next season’s away matches. 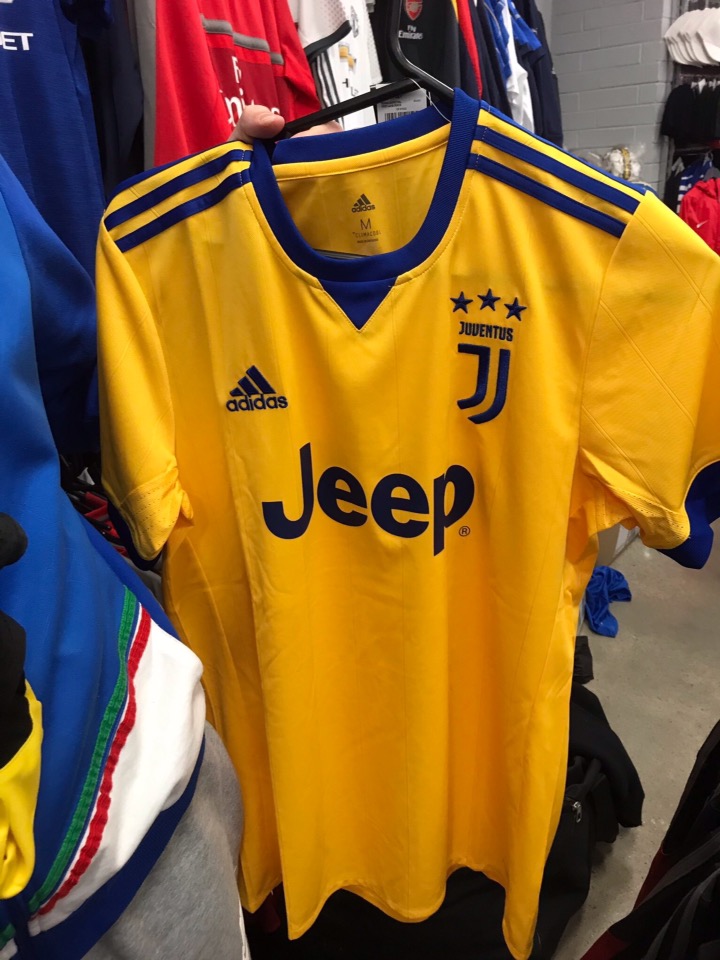 The body of the shirt is yellow, seemingly without graphic pattern or tonal stripes.

Royal blue trim comes in the form of Three Stripes across the shoulder, leading from a round neck collar. Meanwhile, at the front of the collar is a triangular patch, hinting at the kits of the 1970s.

Blue shorts and yellow socks will complete the kit.