Never let it be said that Barcelona are trying to steal the limelight! The club chose to release their 2016/17 away kit on the same day that rivals, Real Madrid, were parading their new strips.

To add spice, it was another Nike v Adidas clash. And if it’s a kit off they wanted, let’s give them it! 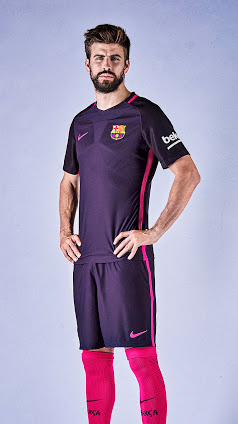 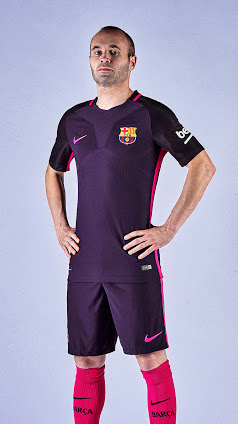 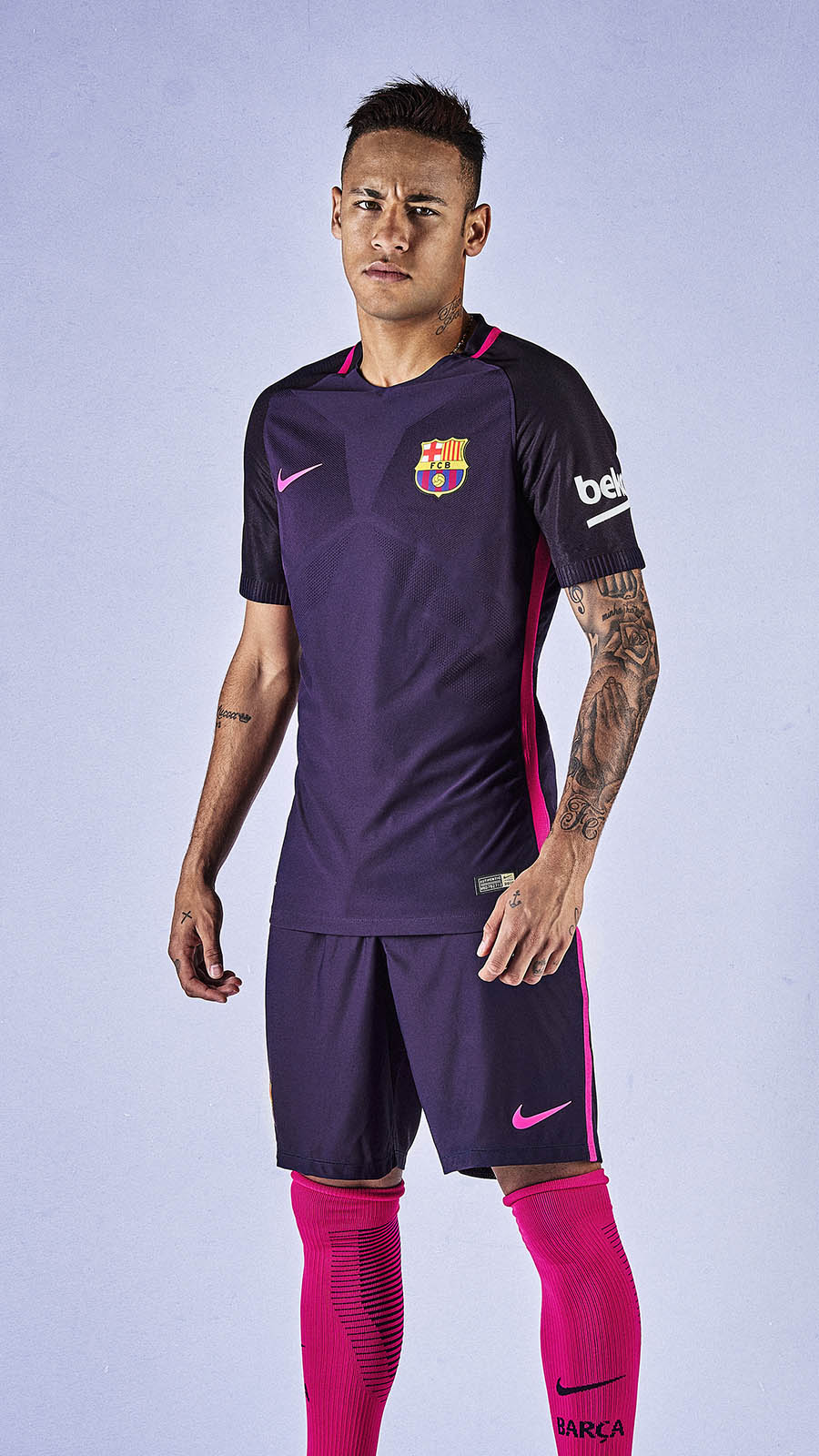 Barcelona’s away kit for the 2016/17 season is based on the familiar Nike template which was favoured by a number of international teams this summer. 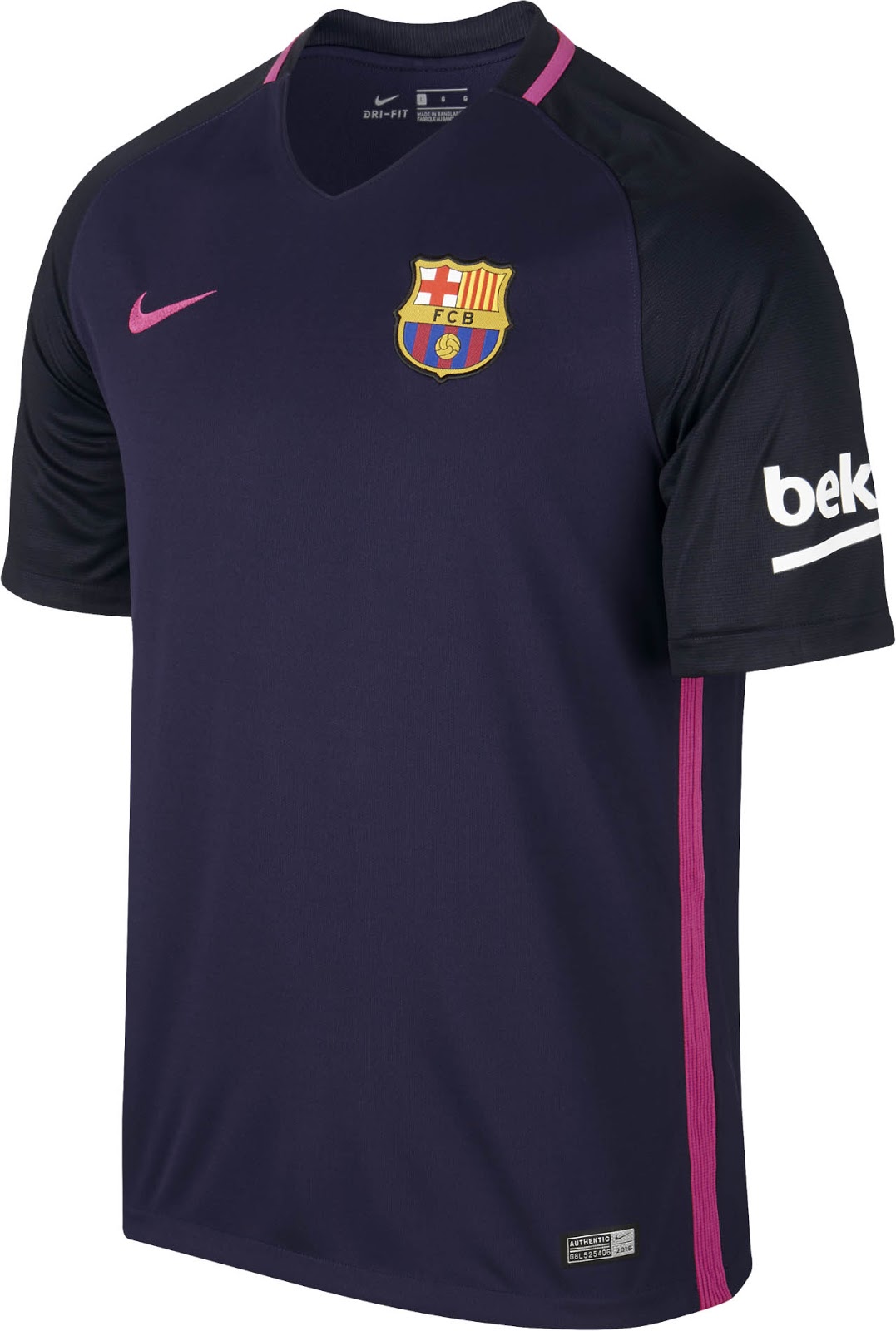 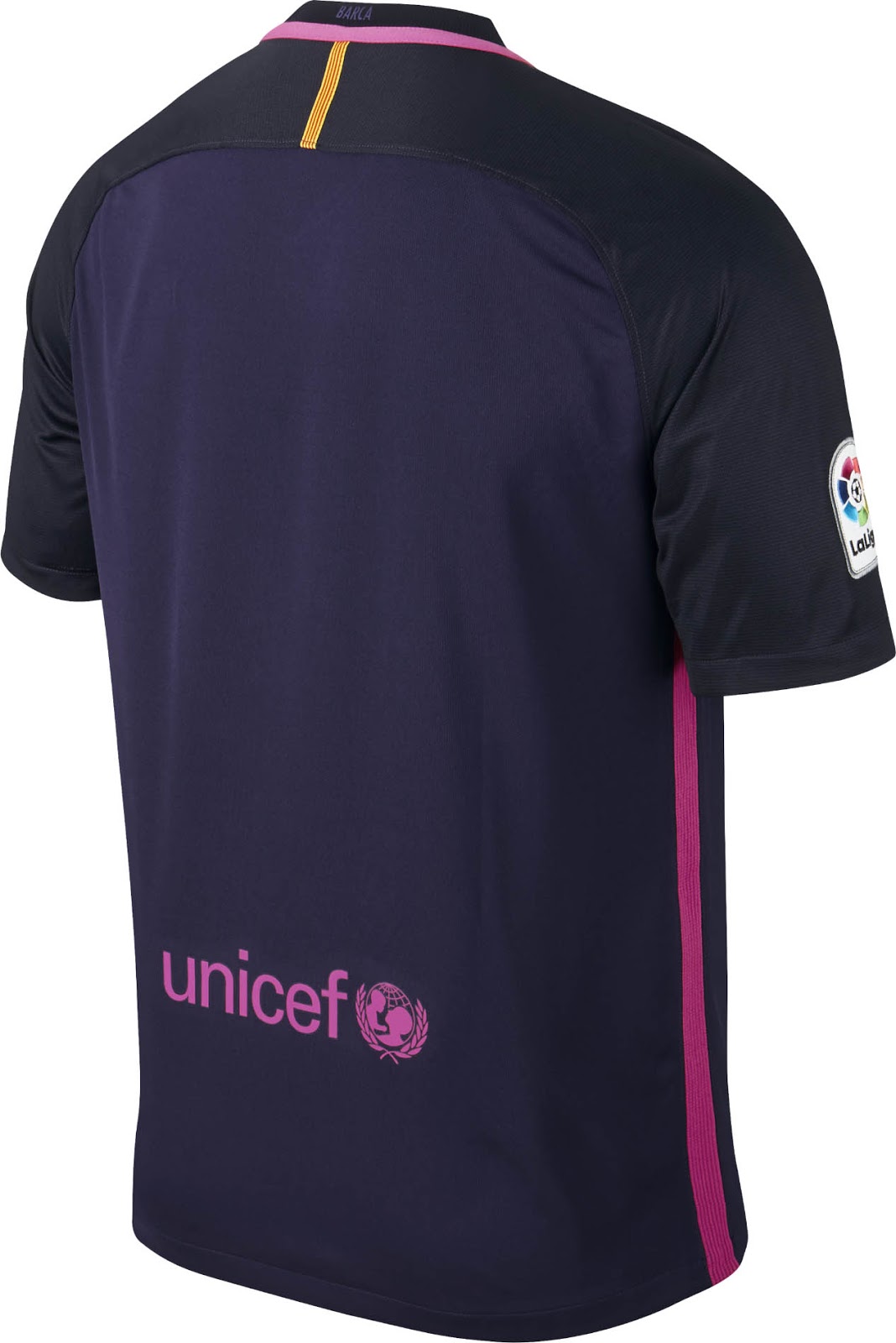 Purple, it seems, is the new black.

With Madrid’s mulberry influenced home and away kits, Barcelona have opted for a more traditional hue of the colour purple. The shirt features dark shoulders and pink trim.

As the club has yet to complete its sponsorship deals with a much-rumoured Amazon tie-up on the cards, the shirt is at present clear of primary sponsor logos.

Secondary sponsor logos of Beko feature on the sleeve with charity Unicef on the lower back. 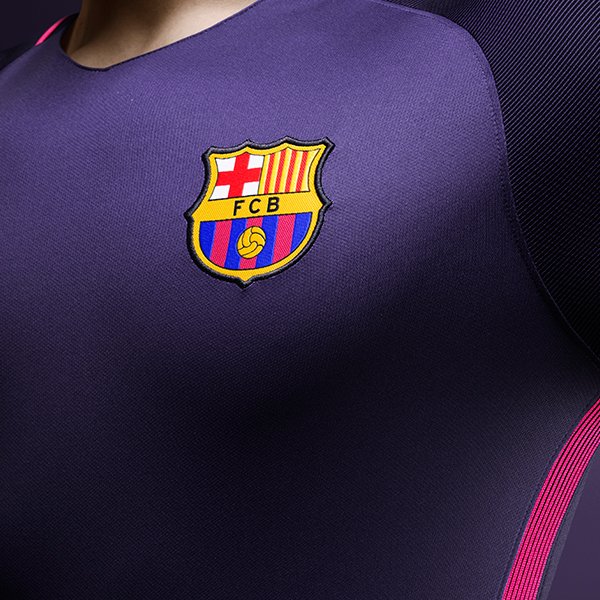 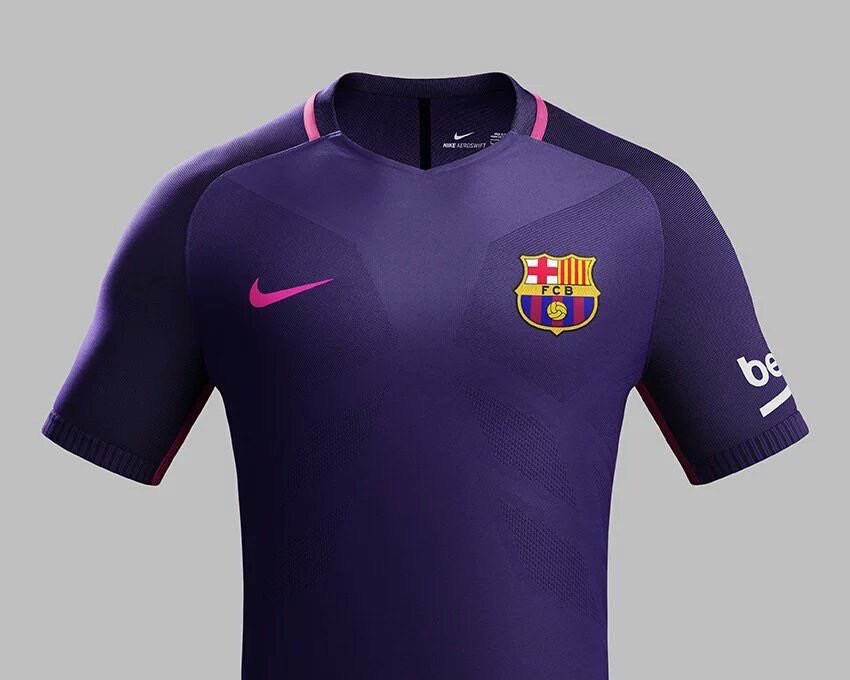 The pink trim forms stripes down the side of the body and around the sides and neck of the collar. On the back, a yellow panel with red stripes represents the Catalan flag and sits directly below an embroidered “BARCA”.

The shoulders and sleeves are ribbed with dark and light purple pinstripes in a faux herringbone design. It is the darker hue which from a distance, gives the tonal effect. 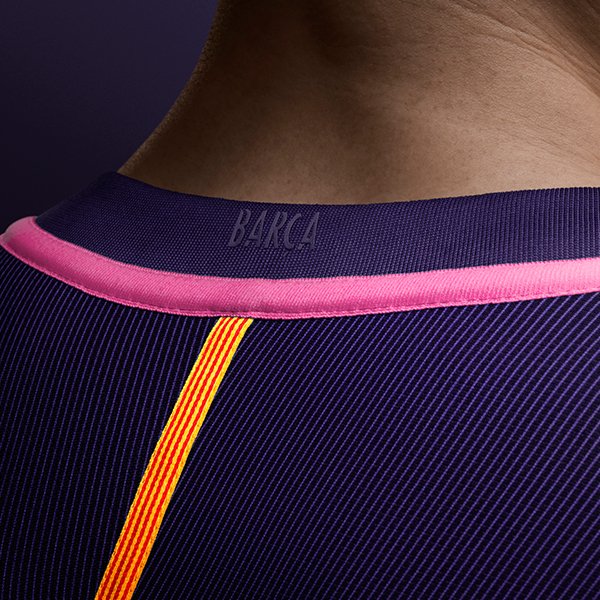 Overall, it’s a nice kit. Unusual even with the pink and purple combination. In the grand scheme of things, the two clubs have drawn in the kit stakes. Real’s is the better home kit, Barca’s the better away. The third kits will decide the early bragging rights. 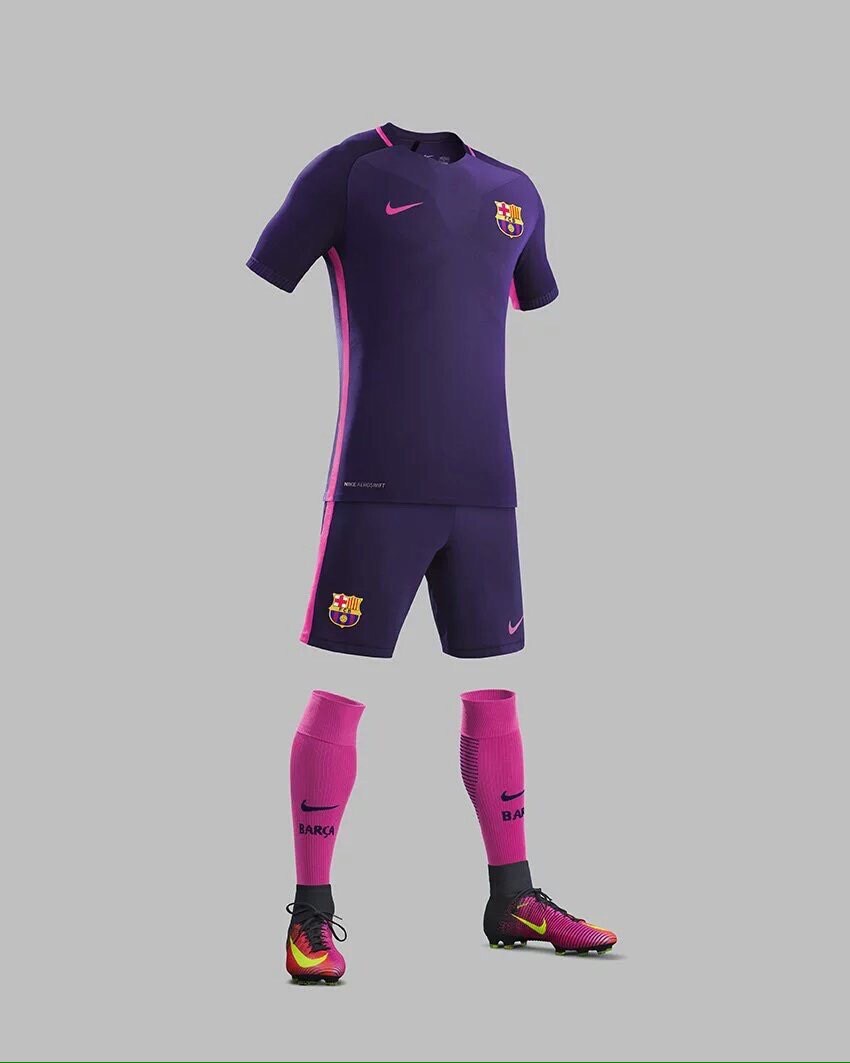