The striking new FC Dallas primary jersey for the 2016 MLS season sees a departure from their more traditional hoops which have been replaced by a thinner version of them. The jersey is made by Adidas, who are the league-wide supplier. This kit was debuted in Sunday’s 2-0 victory over the Philadelphia Union at home.

Goals from Castillo and Urruti got Dallas off to a great start and they now sit 2nd in the Western conference. But the kit looks like the biggest winner as it made its debut. 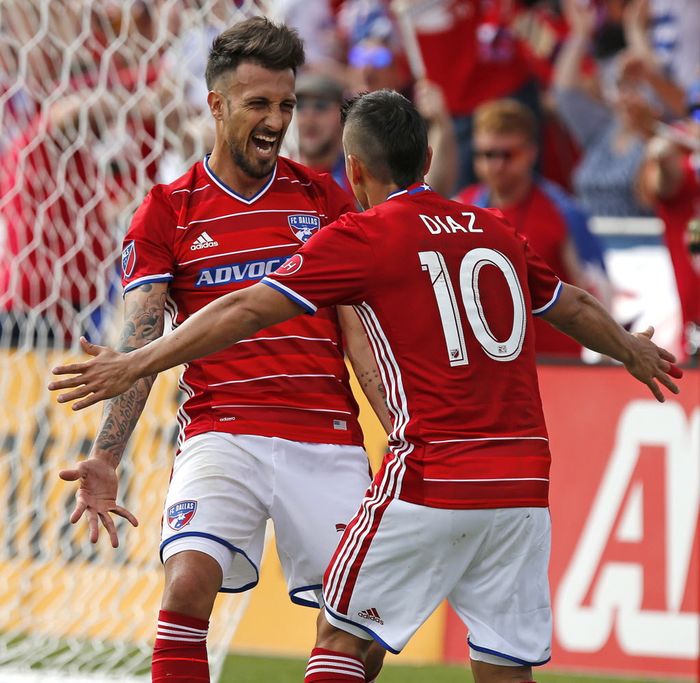 The new shirt is a bold red, subtle white stripes with blue fringes at the sleeve. The Advocare sponsor logo has a bold blue outline which, fitting in with the colour of the team’s logo which also consist of red white and blue. The classic Adidas three stripes are down the sides of this design and the inside of the collar reads ‘Dallas ‘Til I Die”. Even though they have changed the design up this has received great feedback so far with the mot tribal Dallas fans. Not a bad effort at all!

Do you like the new Adidas design? Give us your thoughts.

Give us your thoughts.