FC Goa of the Indian Super League, recently revealed their 2016/17 kits. Having finished first in the regular season, The Gaurs were disappointed to lose the finals series to Chennaiyin.

This season, under Brazilian legend Zico and with the experienced centre back Lucio in their ranks, is going less well. Goa are bottom of the table having lost their opening three games.

It’s not the only change this year. Gone are previous ‘technical partners’ Adidas, in come English kit manufacturer Umbro in their place. There is a continuation of the theme with the shirt despite the change of supplier. 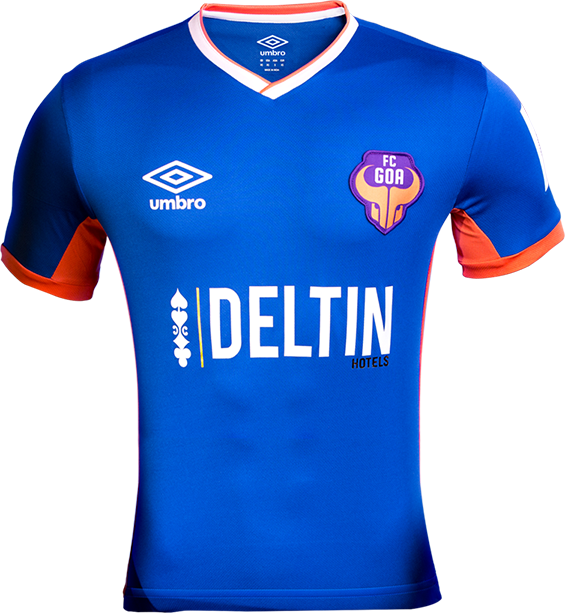 No stadium co-ordinates from Umbro but as many a traveller will tell you, Goa is an easy place to find. This year’s kit is similar to last, with the blue base colour accompanied by white and orange trim.

There is an overlapping white v-neck collar, featuring an orange band at the top and on the inside. 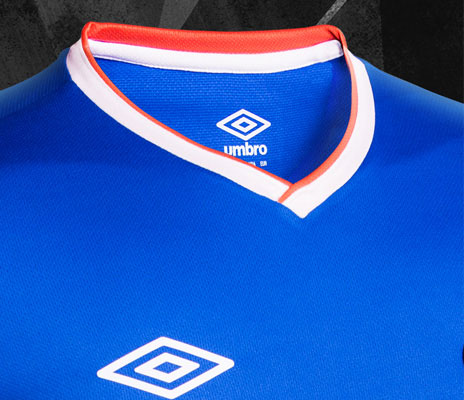 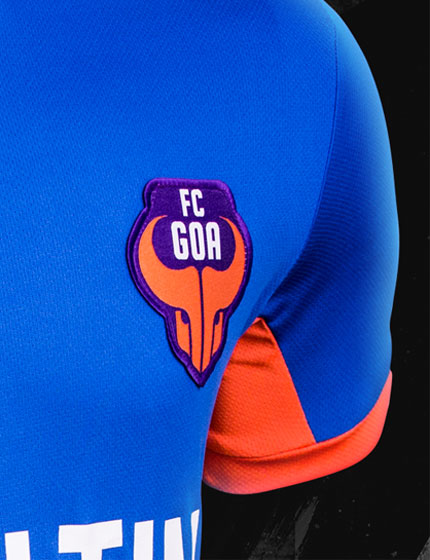 The sleeve cuffs are orange, leading into orange panelling under the sleeve and down each side of the shirt’s body.

With an away kit soon to be launched, the question is whether Umbro will follow Adidas’ lead and produce a white kit or have they a surprise in mind?