FC Porto have released their 2016/17 kits. The previously leaked photographs of the home shirt proved to be accurate as the shirts update the traditional blue and white stripes. As well as the outfield players, the goalkeepers will have a new home kit to wear for the coming season. 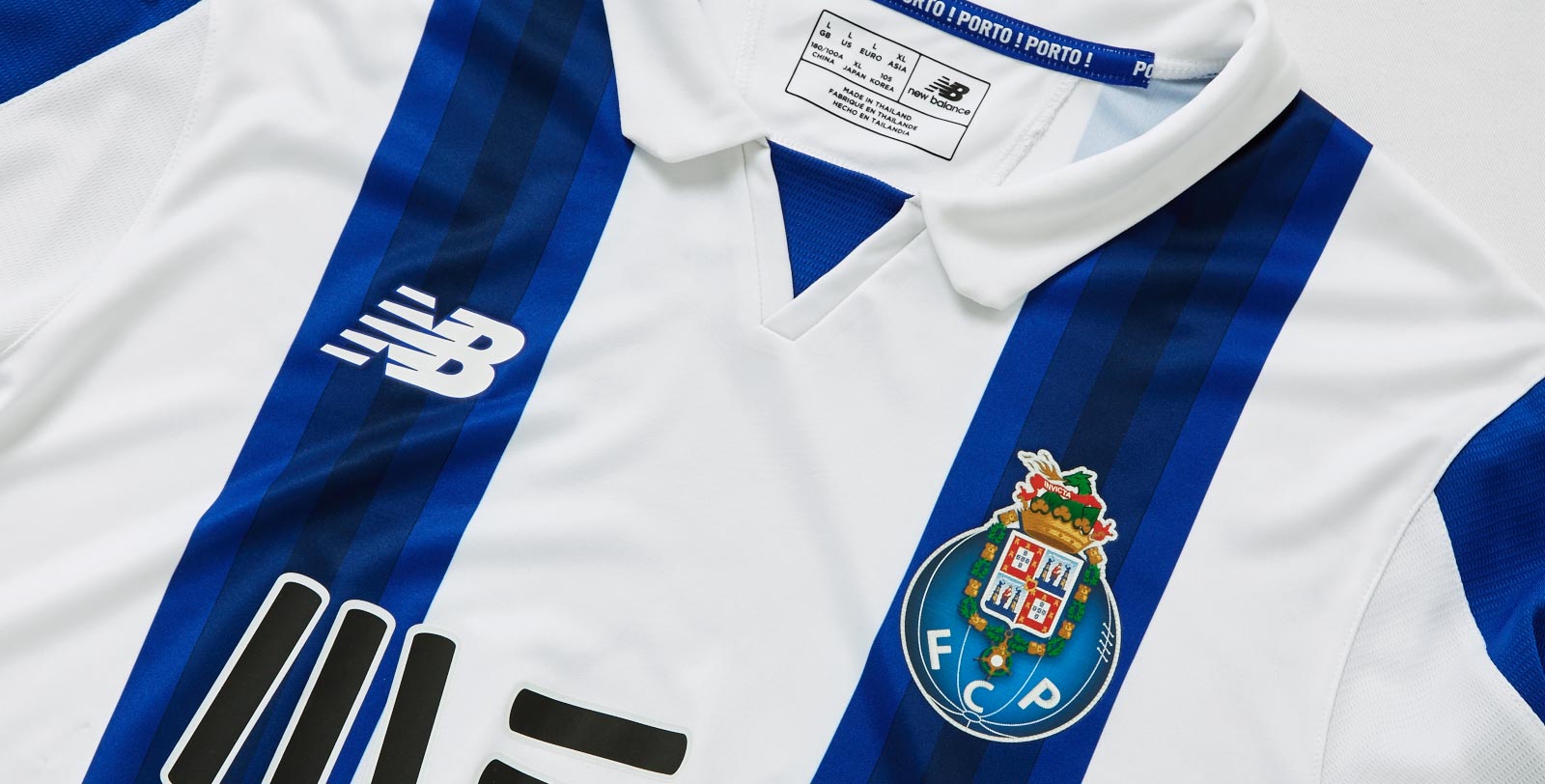 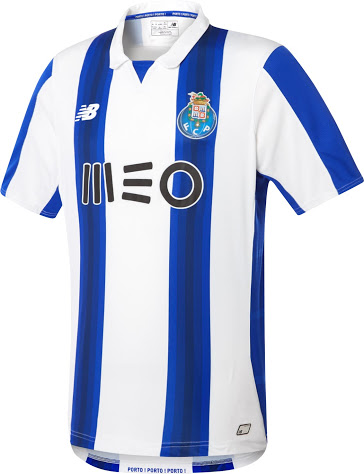 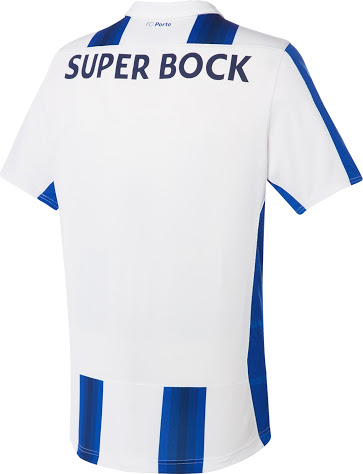 It’s the second kit made by manufacturer, New Balance.

The design relies on the blue and white stripe template. However on this occasion, the design features five gradiented blue stripes, forming each wider blue stripe on the shirt. Starting with royal blue outer stripes, there are two dark royal blue surrounding a centrally placed navy blue stripe.

This pattern repeats around the body of the shirt but not on the sleeve where the stripes are royal blue.

The small winged collar is white with a filled royal blue v-neckline, with white piping on the edge. 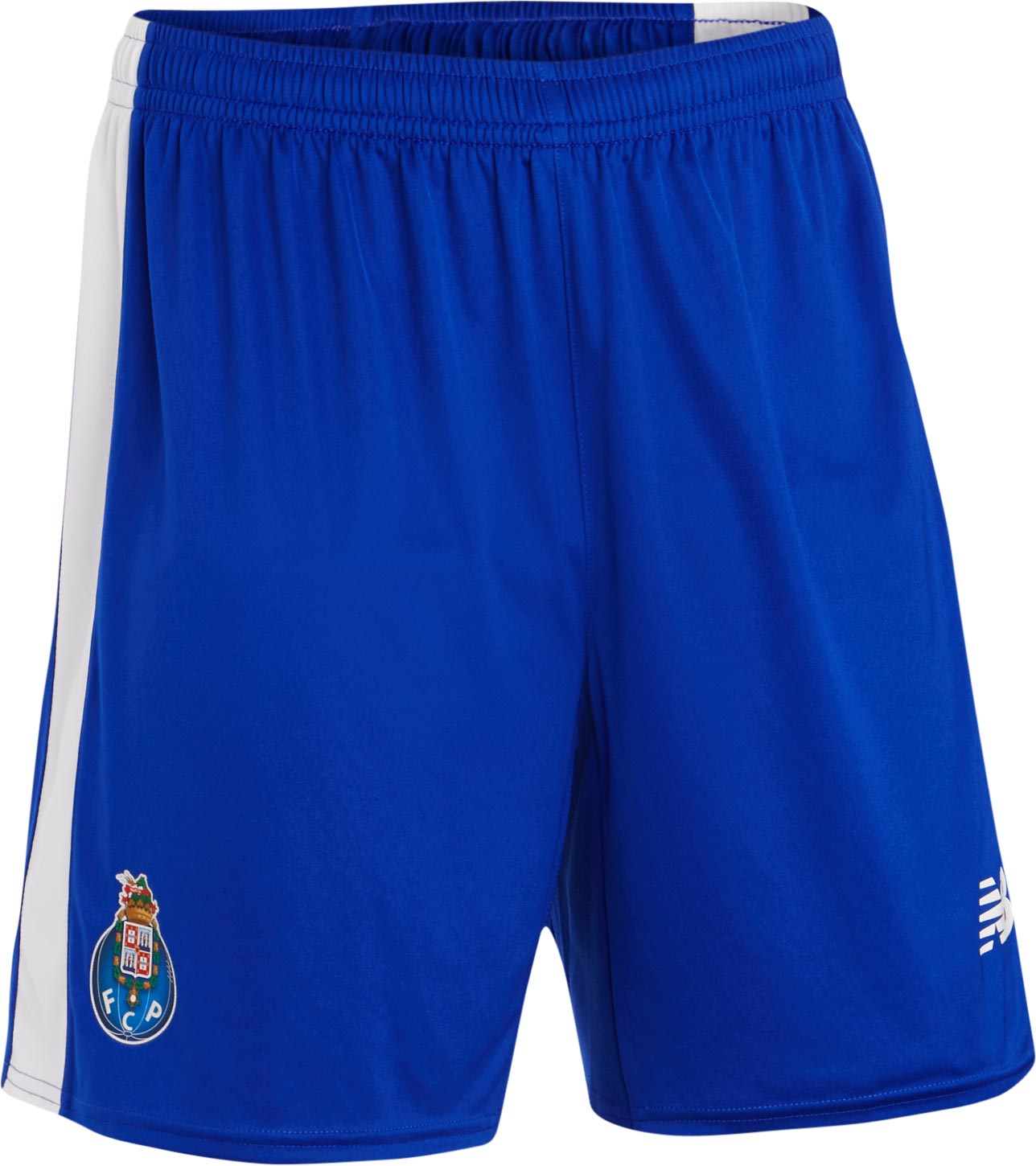 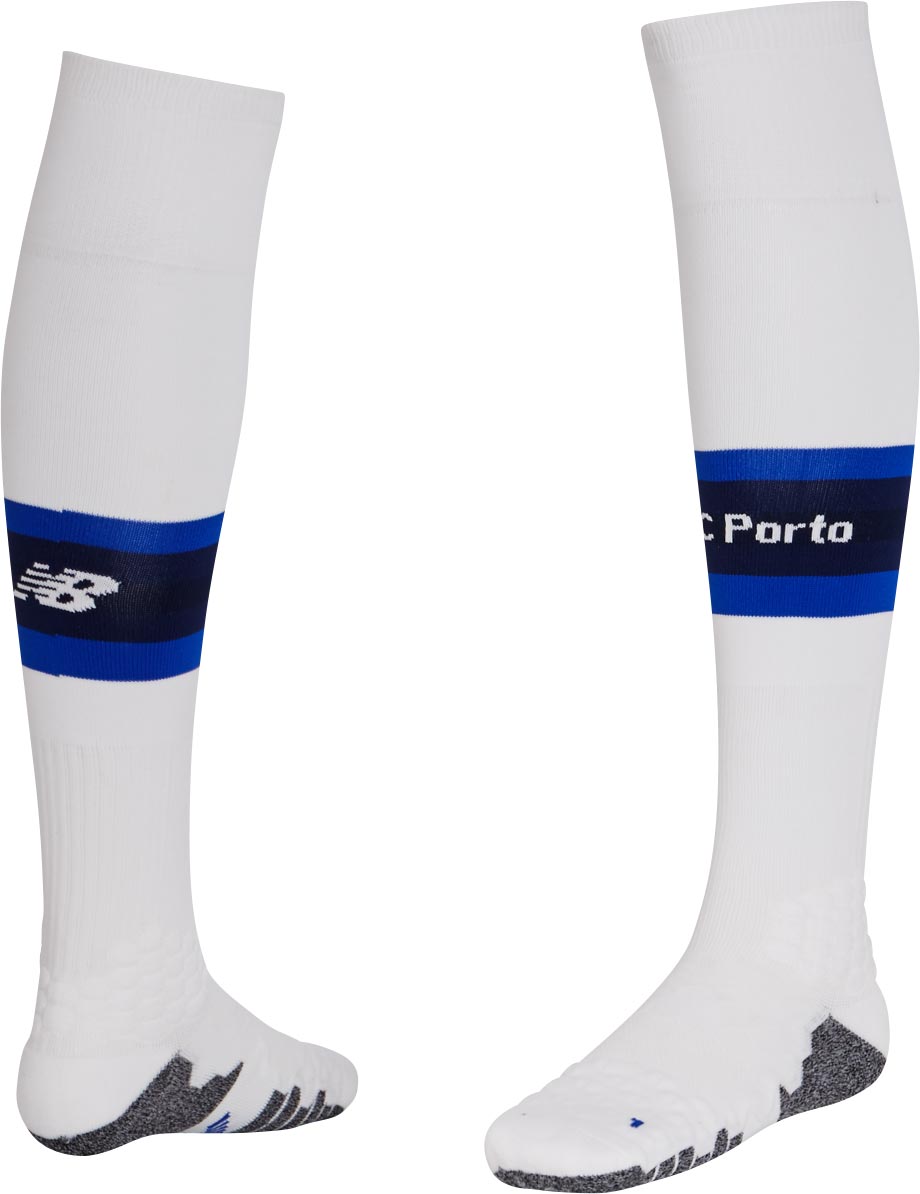 The kit is finished off with royal blue shorts, with white trim on each leg, and white socks with black and deep royal blue bands on the shin.

This is the home kit to be worn by the FC Porto goalkeeper during home games in the 2016/17 season. 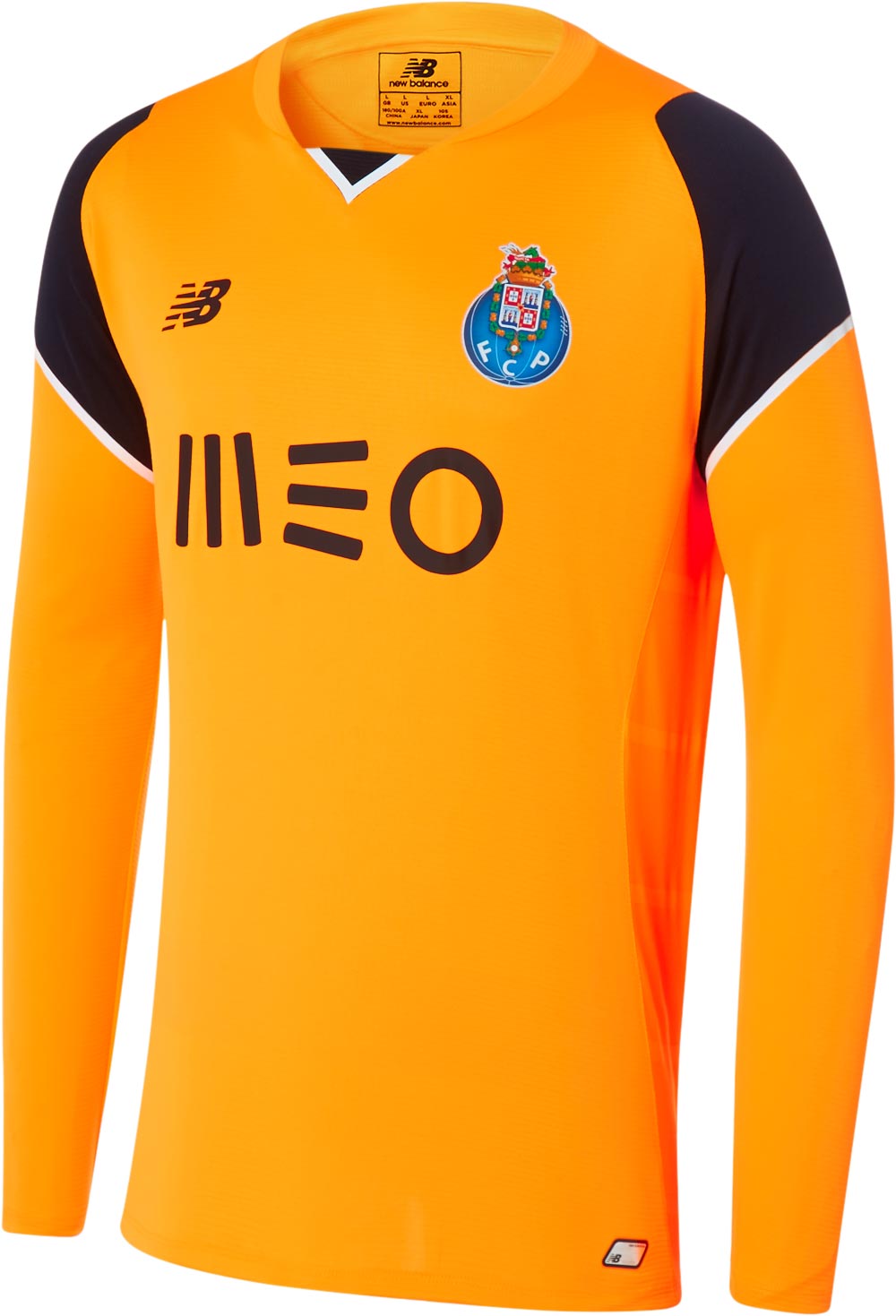 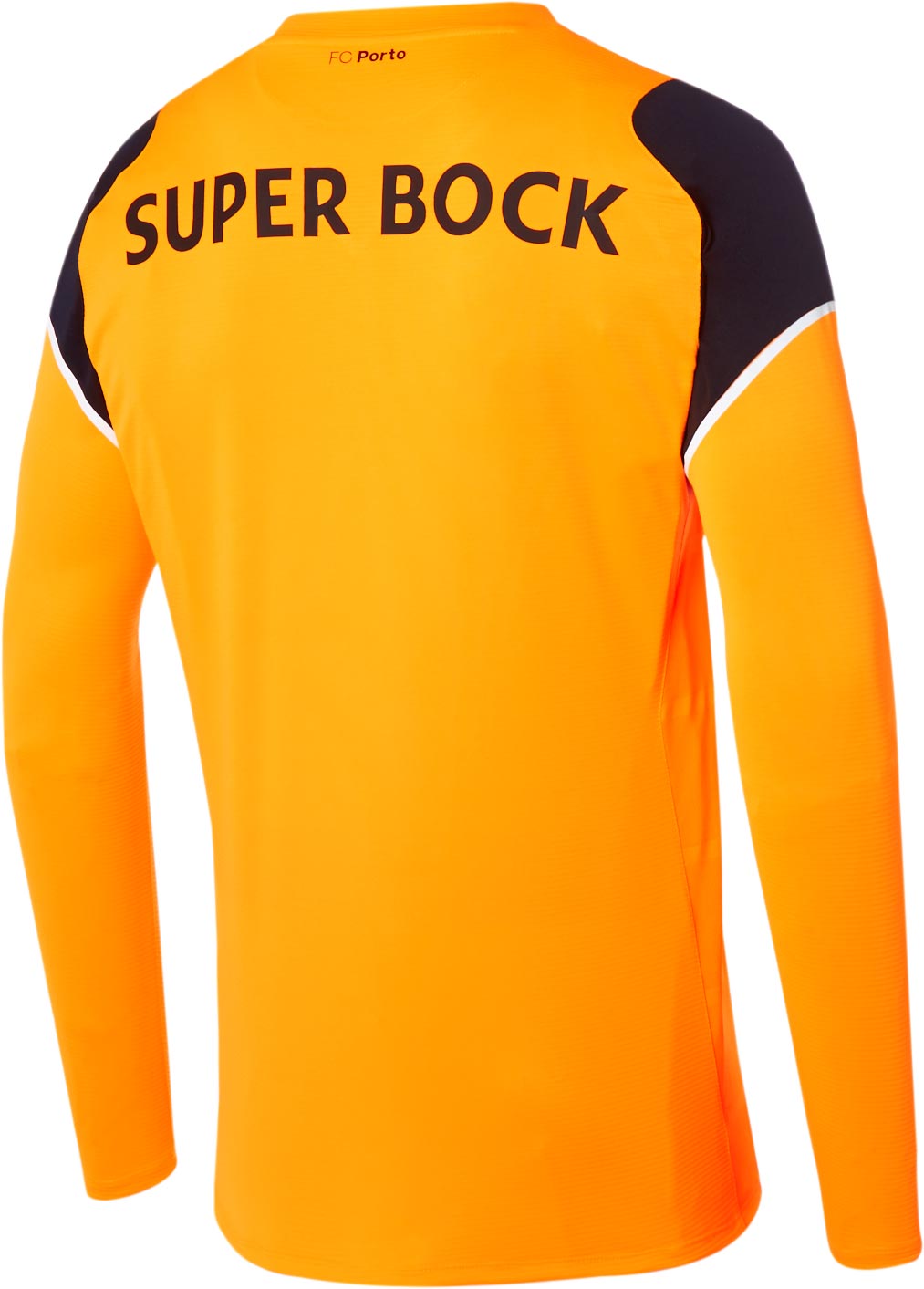 The goalkeepers will be wearing the standard all-orange template from New Balance.

Featuring black and white patterns, the shirt has primary sponsors, MEO, logo on the front with Super Bock, the secondary shirt sponsor, emblazoned across the shoulders.

The collar, crew neck and in orange, is completed with a filled black v-neckline, finished with white piping. A similar pattern is placed on each shoulder, with white piping on the sleeves.

A traditional design for both outfield players and goalkeepers, given a modern twist.