Turkish giants Fenerbahce recently revealed their 2016/17 kit range. Second in last season’s Super Lig, they are hoping to win their first title since 2013/14 with fierce Istanbul rivals Galatasaray and Besiktas champions since.

Dutchman Robin van Persie seems unlikely to stay at the club. The former Arsenal striker has been linked with a move to West Ham this summer already. 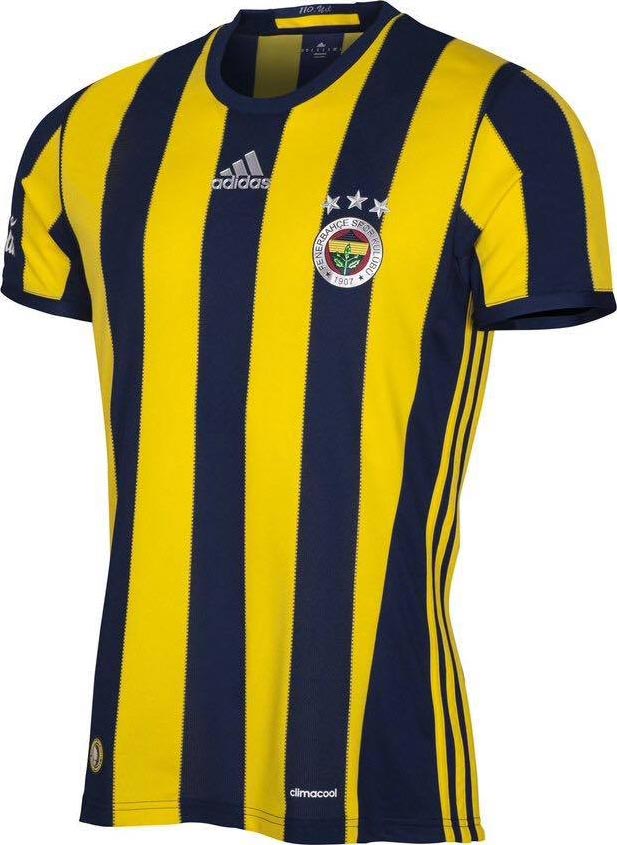 The club’s traditional navy and yellow stripes return in the Adidas manufactured kit. Worn since 1908, next season’s kit sees them evenly distributed around the shirt body. The central stripe on the shirt body joins with the round neck navy blue collar.

Accompanied by white shorts and socks, the look is very traditional and welcomed with the club celebrating its 110th anniversary this season. The inside collar of all the kits references this in a cursive motif. 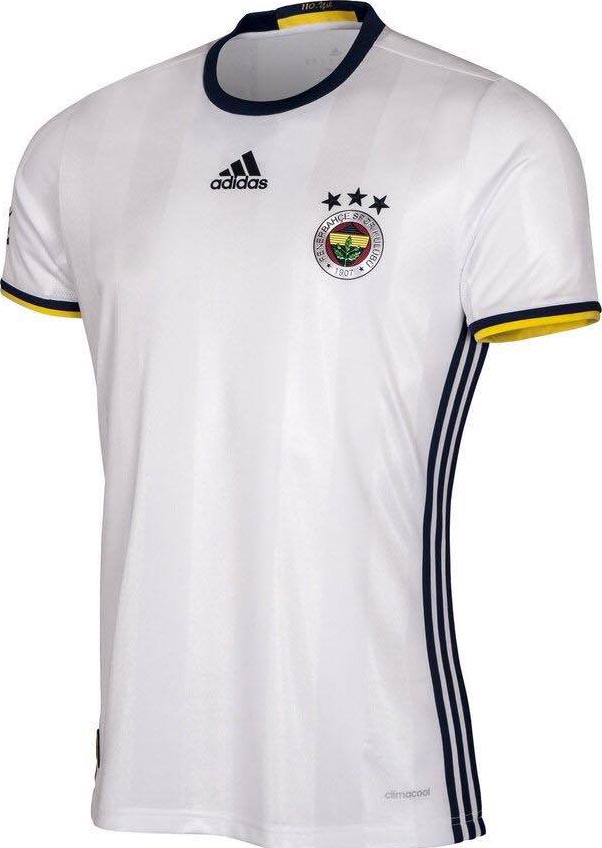 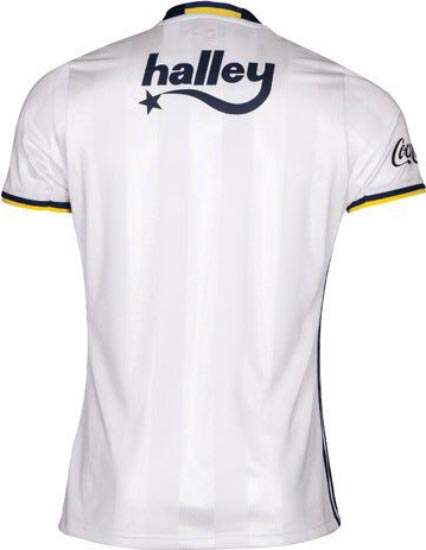 Similar in look to the German national team’s kit, the white Adidas shirt is a clean design. The collar is navy blue whilst the cuffs have an additional yellow band under a similarly styled blue one.

The trademark Three Stripes from Adidas are navy and run down the outside of the shirt body. 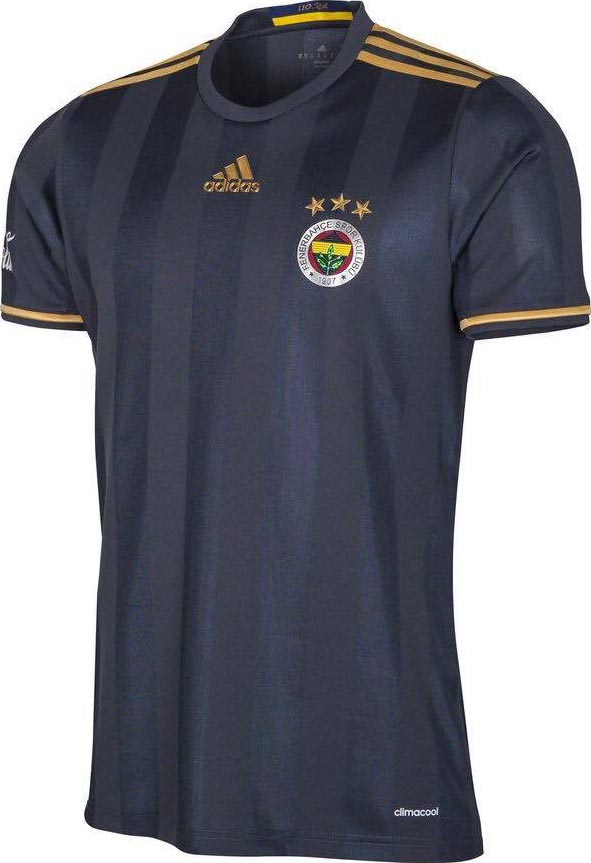 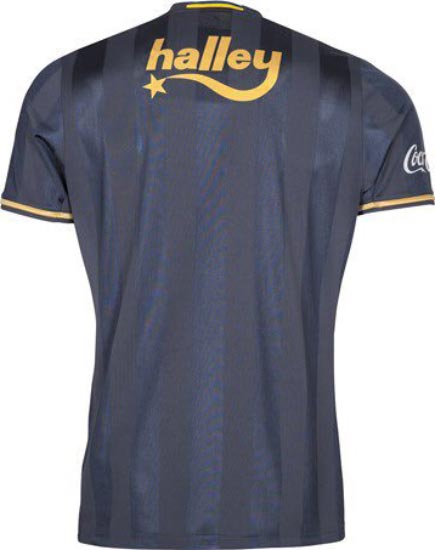 Fenerbahce’s third strip is grey. Tonal stripes travel the shirt body, on both front and back for subtle patterning. The gold trim is reflected in the collar and cuffs whilst Adidas’ own logo is in silver and, as with the other two shirts in the range, sits centrally under the neckline. Their three stripes are evident on the shoulder in gold.

It’s a stylish kit range and one befitting a celebratory year.