Dutch cup winners Feyenoord have released their 2016/17 away kit. The club’s first honour since they lifted the KNVB cup in 2008, the Rotterdam side defeated FC Utrecht to lift the trophy. 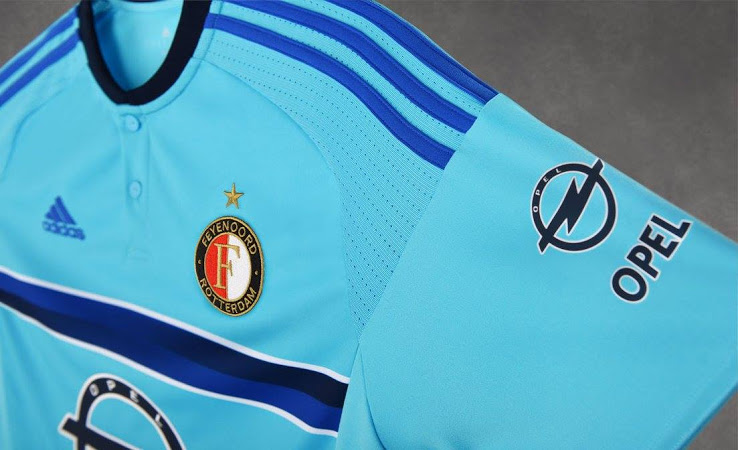 This is the away kit which Feyenoord will wear during the 2016/17 season. 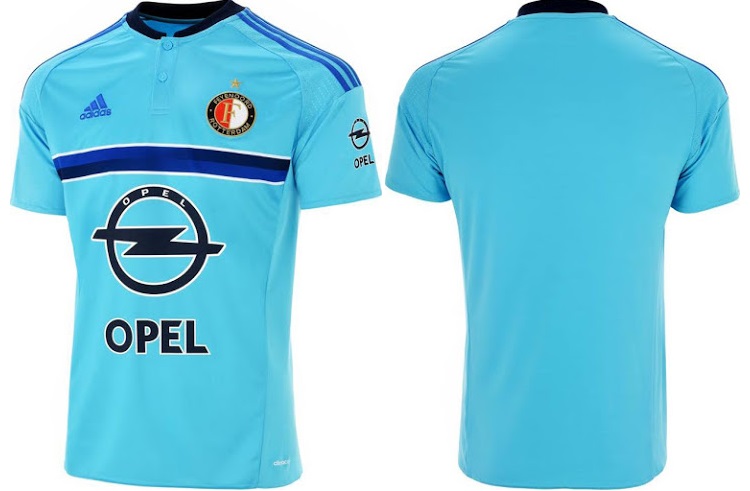 Once again manufactured by Adidas, the shirts will be aqua blue. Across the chest are blue and black horizontal bands with thinner white bands on top and below the main feature. Under that will be logo of main sponsor, Opel, on an otherwise clean shirt design.

Mindful of FIFA’s regulations on excessive marketing, Adidas feature their three stripes in a darker blue, across the shoulders, ending where the sleeves begin. On the right sleeve, is a smaller Opel logo.

Above the bands sit the club crest on the left breast, complete with a gold star marking their European Cup win in 1970 with the Adidas logo opposite. The shirt is finished with a dark blue Henley-style collar with two buttons leading from the neckline.

The shorts and socks are both aqua blue.

Unusually, Feyenoord feature the Opel logo on the left thigh, with their own club crest and gold star on the opposite right leg. The stripes down either leg are darker blue once more with a white band at the end. Across both legs are black bands.

The socks are aqua blue with a black turnover. On the side are Adidas three stripes, once more in darker blue with the manufacturer’s logo on the front shin.

Having finished twenty-one points behind eventual champions, PSV Eindhoven, the Rotterdam club will be hoping to launch a better challenge for the title next season.

Is this the kit to inspire the players? Let us know in the comments.