Flamengo 2016/17 home kit got off to a winning start last Saturday as they beat Sport Recife 1 – 0 in the Campeonato Brasileiro Série A. 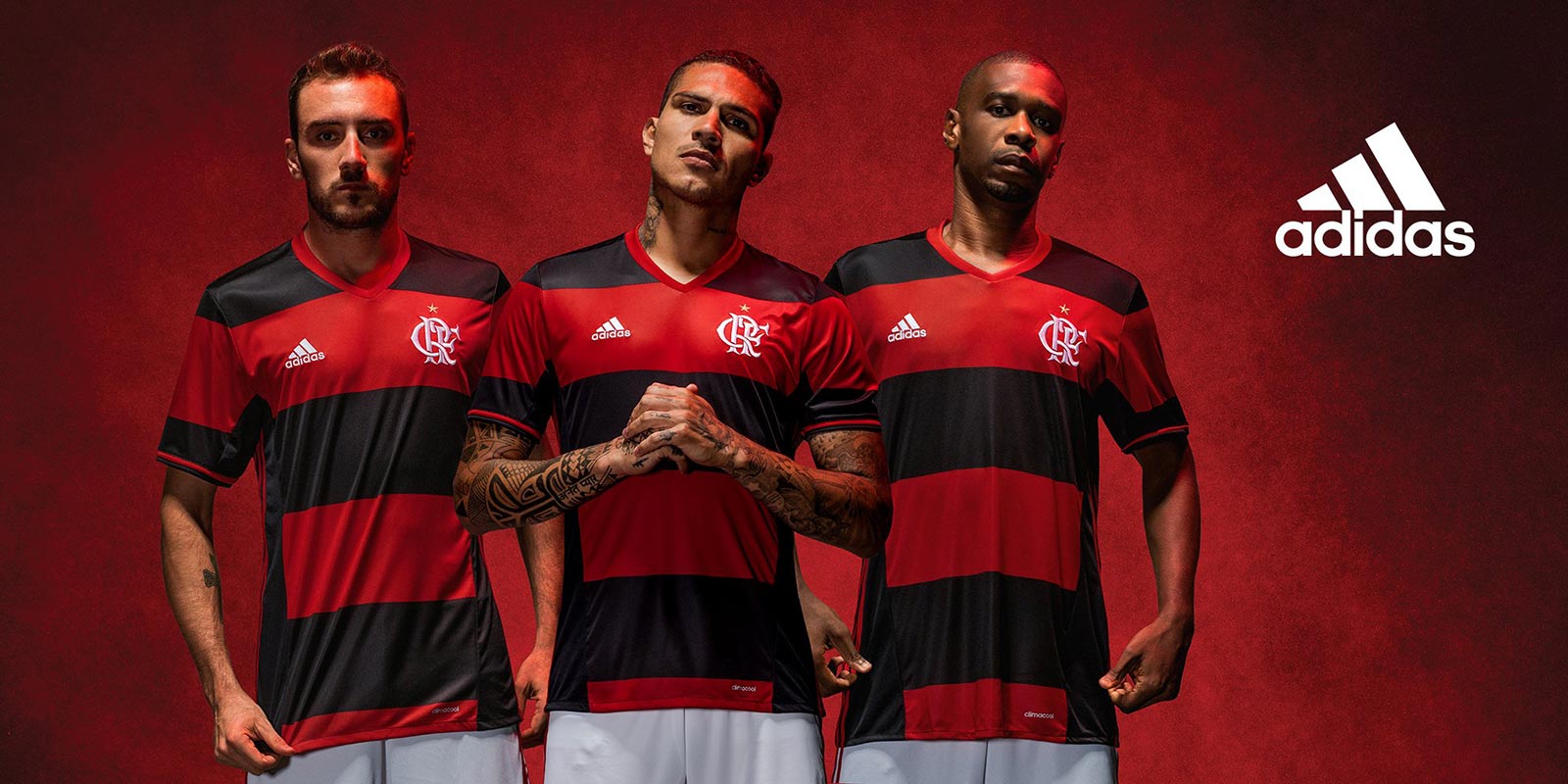 Manufactured by Adidas since 2013, the iconic red and black vertical hoops remain untouched in the 2016/17 home kit. 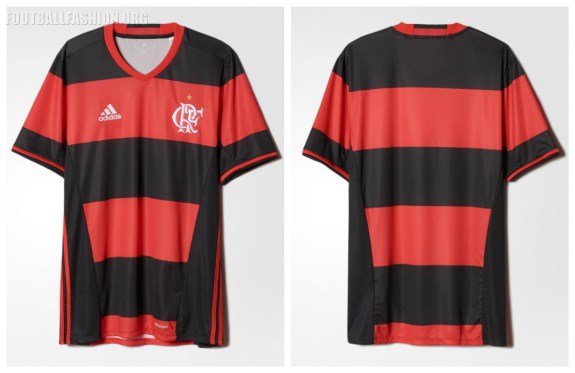 The shirt features the Adidas red stripe down the side from the armpit to the waist, giving an overall clean look to the top. The solid black stripes on the shoulder are parted by a red collar, in a rounded v-shape whilst those on the arm and the body unite, leading into a solid black stripe on either side of the shirt.

Main shirt sponsor, Caixa, have been associated with the club since 2013 and see their logo emblazoned across the chest, as well as on the right shoulder. It’s the first time that they have been the sole main sponsor of the kit, with Tim featured on the reverse.

It’s a powerful and inspiring shirt design with the thickness of the alternating red and black hoops giving the kit a solid look. 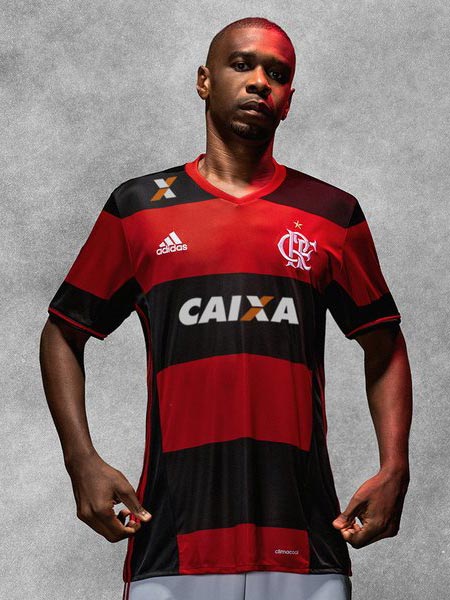 Completed by white shorts and black socks with red hooped turnovers, Mengão are hoping that it will herald the beginning of a successful era as they look to lift a trophy for the first time since the Campenato Carioca in 2014.