The former Spurs ace who now plays for Saint-Etienne was very candid when it comes to players who sign with a particular brand to showcase their merchandise at training and during games. From boots to training shirts and even shin pads.

“I’d rather be free than to prostitute myself for a sponsor. In all honesty, when you’re an African player, it’s not that interesting to have a sponsor.” Said the defender.

Player sponsorship deals are a massive business for some of Europe’s Elite, getting paid millions to use a particular brand religiously.

Asso Ekotto also revealed that when it comes to his own football boots, he does what the rest of us do! He gets on eBay and looks for the best price!

The defender who isntt short of a few quid comes across as very traditional displaying his 2002 Adidas predators that he’s worn regularly this season and will continue to wear them into the 2016/2017 season. 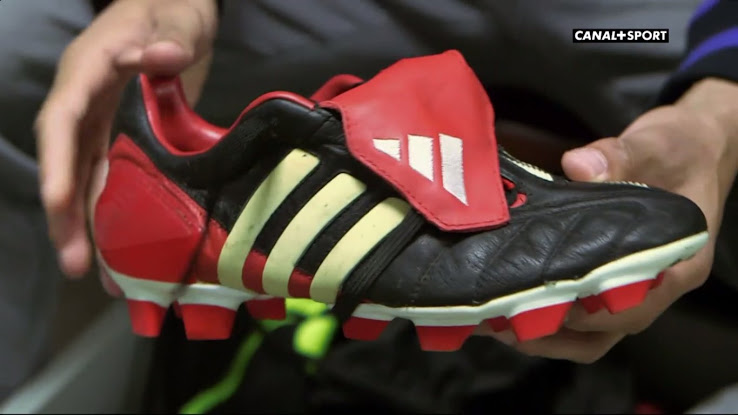 He doesn’t buy into the hype of so many boots that have flooded the market and went for comfort above all else.

If you were brought up in the 90’s and early 00’s there’s a good chance you owned a pair of these classics!

“I buy shoes for €30 (approx £23). It’s a good price for comfortable boots. You can find them on eBay, and they’re not expensive “Being fashionable is expensive, but you’re more distinguished to be vintage.”

Do you agree with the former Spurs ace? Or are you a fan of the new collections?

Cricket Football Boots? Nike Step up to the Wicket
Nike Continues to Innovate for Athletes
To Top