It almost went wrong for Fortuna Dusseldorf last season. Mired in a relegation battle, they eventually retained their 2.Bundesliga status with a 2 – 0 win at Eintracht Braunsweig on the final day of 2015/16. It’s been three years since they fell from the top flight and rarely have they threatened to return since.

Newly-appointed head coach, Friedheim Funkel, has been tasked with improving the club’s fortunes, which may not be an easy task.

This is the Fortuna Dusseldorf home kit for the 2016/17 season. 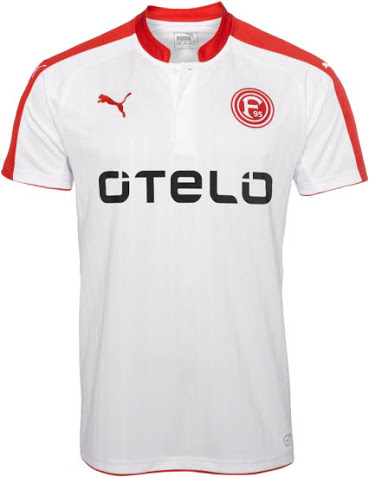 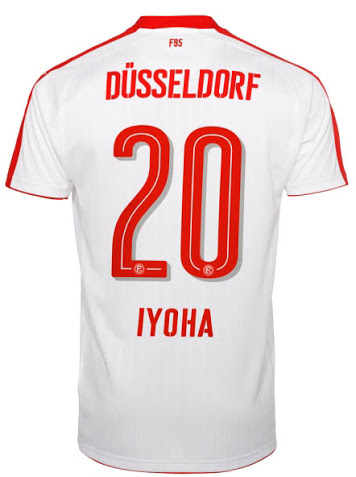 Puma has issued an all-white kit for Flingeraner to wear.

The shirt is a clean design with a full red Henley-style collar, with a thick red stripe across the shoulders and sleeves. Puma has placed a logo on the shoulders.

This the Fortuna Dusseldorf away kit for the 2016/17 season. 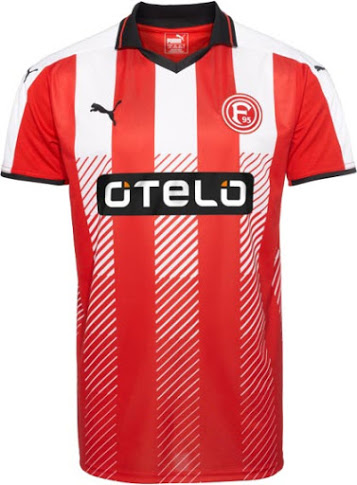 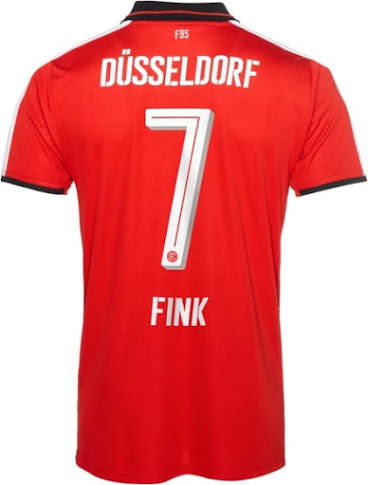 The shirt is a busy design. Red and white stripes are sited across the front of the shirt with diagonal red and white lines offering a gradiented effect as the white becomes thinner toward the bottom. The collar is solid black with white stripes across the shoulder housing Puma logos as they travel down the red sleeves. Black cuffs finish the shirt design.

With an all-white home top and a red and white away kit, it’s likely that Fortuna will be wearing this third kit several times during the 2016/17 season. 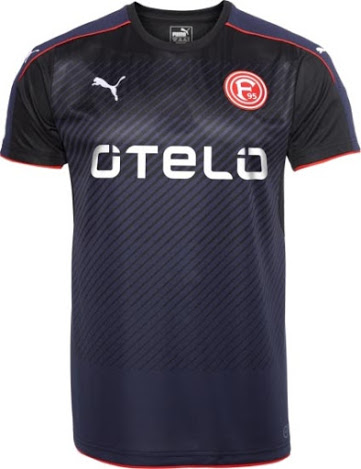 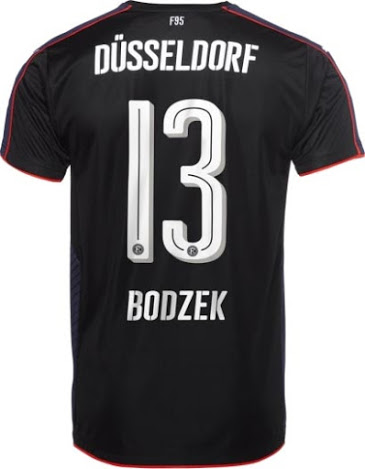 The black shirt is given a shimmering effect by the diagonal lines which travel across the body of the shirt. It gives a grey colouring to the front, with the back and sleeves solid black.

It’s an interesting set of kits for Fortuna to wear next season. Let’s hope their fortunes improve on the pitch as well.