France finished runners-up in last summer’s European Championships but were generally considered the winners in the football fashion stakes.

That record is set to continue if the leaked images of their new third kit from Nike prove to be true.

This is believed to be the design of the new Nike France 2017-18 third kit. 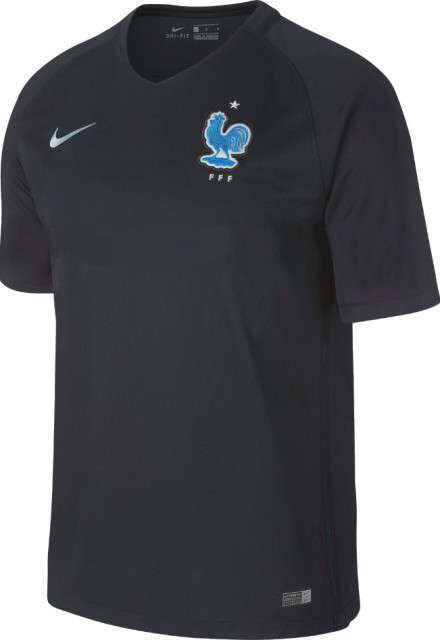 The new generation of players such as N’Golo Kante and not-so-new in Dmitri Payet, will don an all-black kit when the blue of the home kit and the white of the away, clashes with their opponents.

Nike’s Swoosh appears to be metallic or certainly a metallic colour, such as silver. The FFF crest, plus single star, are both turquoise.

It is a cracking design and one which possesses a certain Je Ne Sais Quoi. The all-black colour scheme is nothing unusual in world football but the lack of pattern does Nike credit. Which they need after the horrors they inflicted with some of their recent templates.

Recent speculation suggested that the French Football Federation was considering moving away from their long-term partner, Nike. That proved to be incorrect, with the contract extended until 2026.

The actual kit is expected to be revealed before the end of this season.