Nike continue their release of third kits with Galatasaray the latest club crossed off the to-do list. Barcelona, Inter, Roma and Manchester City have all been revealed so far using the same kit template.

2016/17 has begun well for Gala, winning the Süper Kupa, a 4 – 1 over Besiktas in Konya setting the tone for the season supporters hope. The two sides met again last weekend and drew 2  – 2 with Galatasaray dropping a two-goal lead. 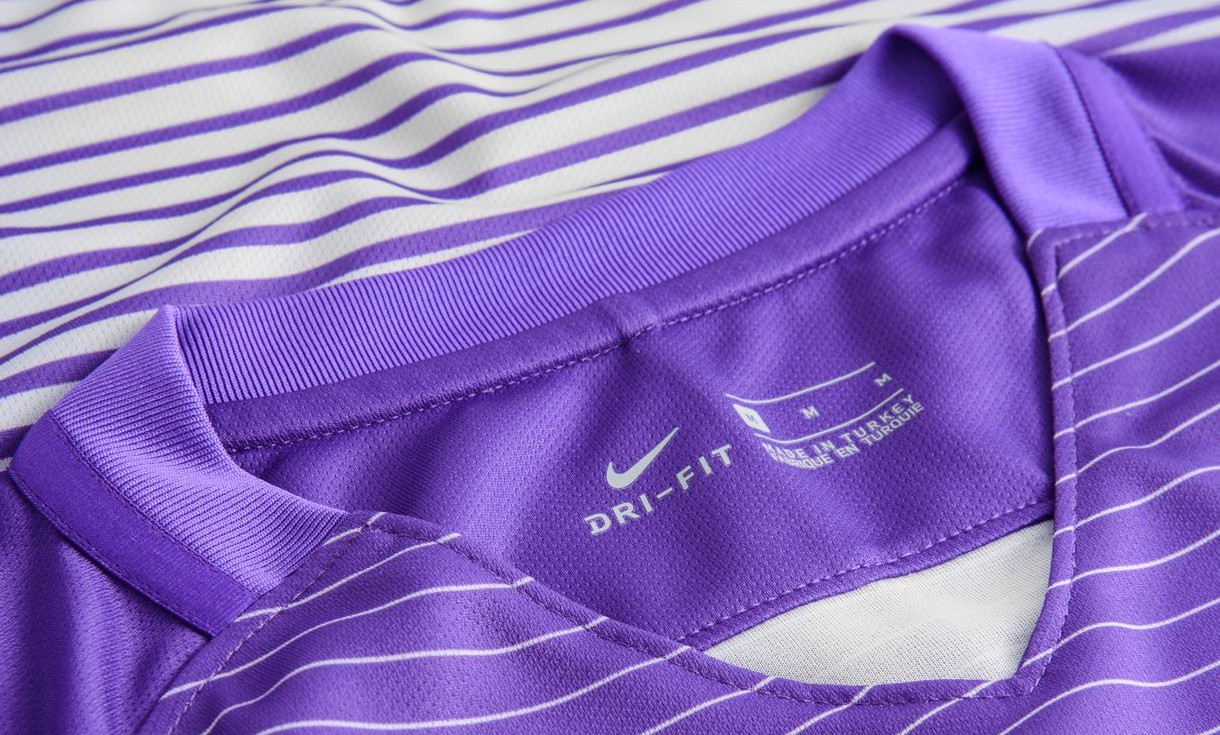 This is the third kit that Galatasaray will wear for the 2016/17 season: 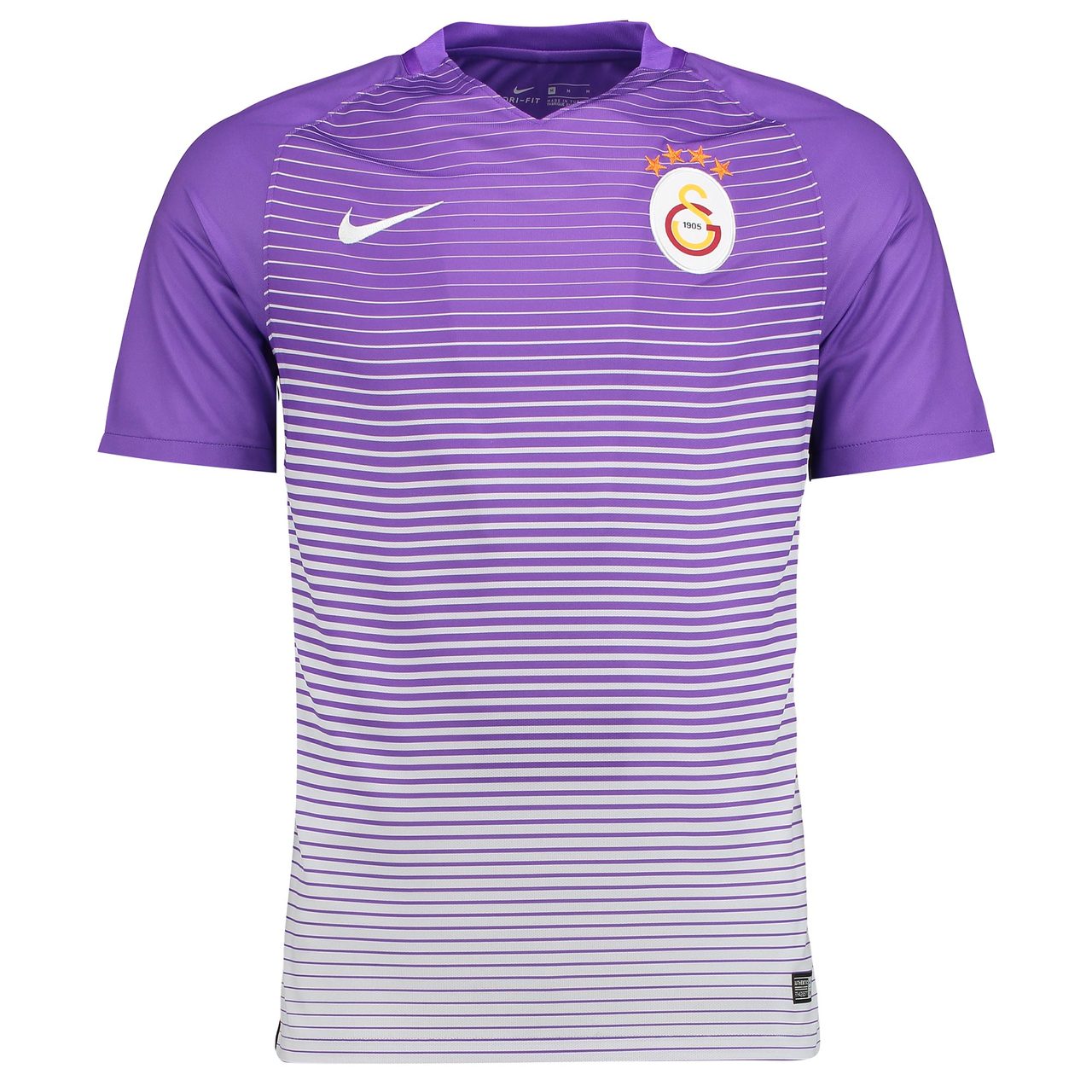 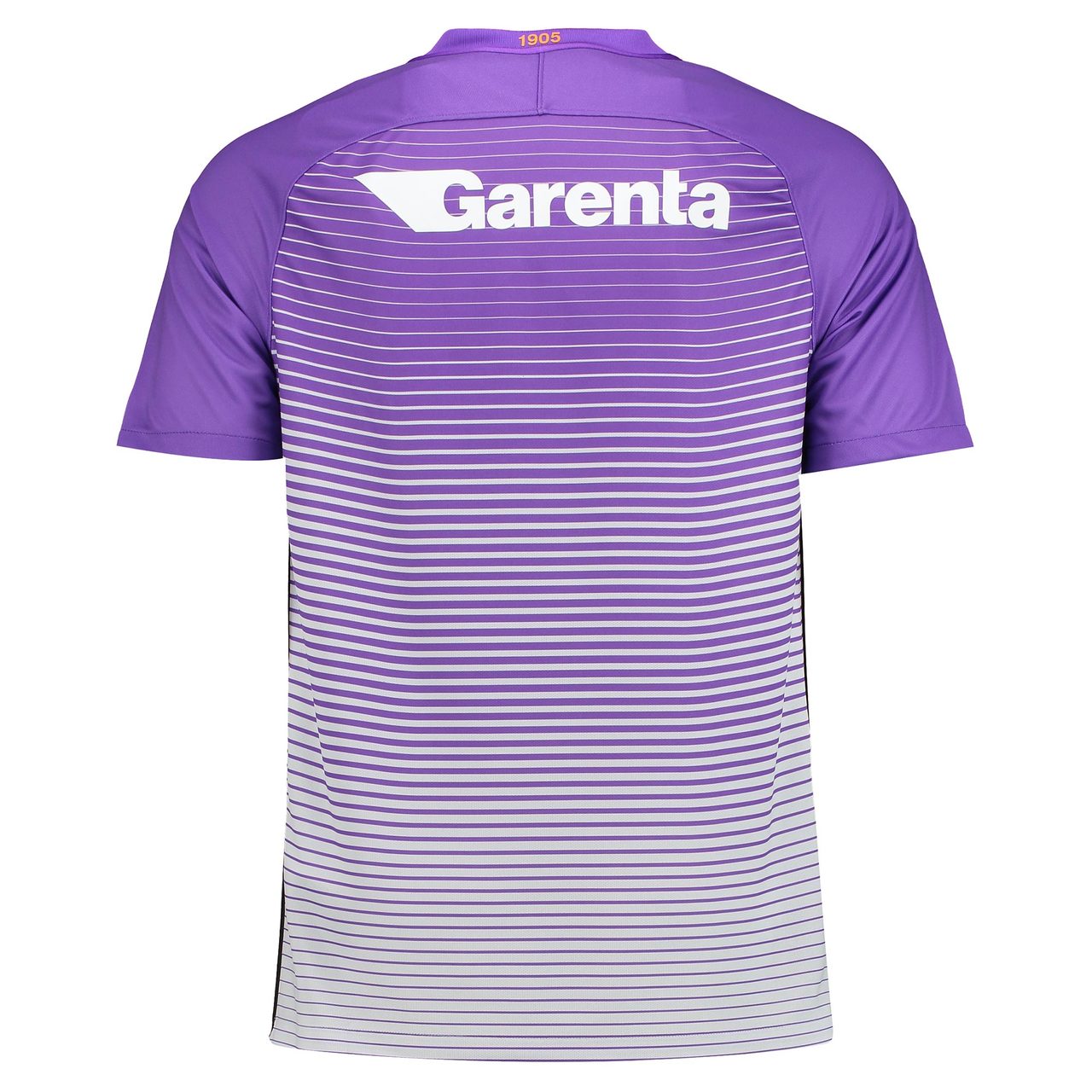 The base colour of the shirt is purple, fading to grey lower down.

Familiar horizontal stripes of the darker and lighter hue travel the length of the shirt. The purple fades to grey at the bottom.

On both sides of the shirt, runs a black stripe which follows down to the grey shorts.

The grey shorts match the secondary colour of the shirt whilst the socks are purple, the same as the primary shirt colour.

Red and yellow are the club’s primary colours and have been since their formation.

However the third kit has some leeway and of the Nike kits issued this summer, Gala’s one of the better cominations in a subtle colourway. Not traditional football colours but a distinctive look nonetheless.