Before the recent World Cup qualifier against Austria, Zurab Khizanishvili received recognition from the Georgia Football Federation for his 93 caps. He retired from international football in the summer.

The former Glasgow Rangers and Blackburn Rovers defenders – who also had spells at Dundee, Reading and Newcastle United – watched as the national team wore their new 2016/17 home kit for the match in Tbilisi.

This is the home kit Georgia will wear for their 2016/17 internationals. 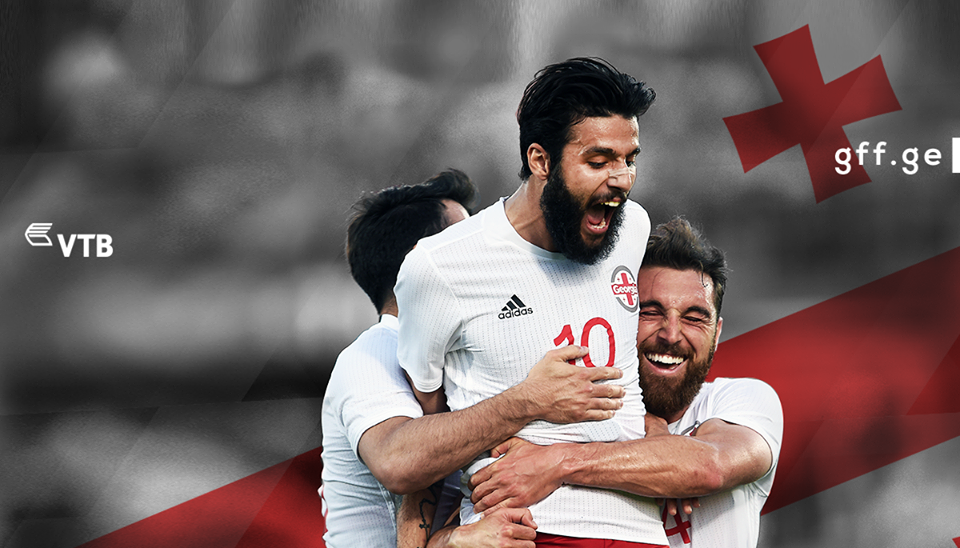 The shirt features an unusual white tonal trim. The body of the shirt has tonal white pinstripes whilst Adidas’ trademark Three Stripes run down the side of the shirt body in a silver-white colour.

Adidas logo features on the front of the shirt in black but the player numbers and Georgia Football Federation crest are both in red.

The shorts are plain red with three white stripes down the side of each leg. The socks which complete the kit are white with red Adidas trim on the turnover and logo on the shin.

Austria spoilt the occasion by winning 2 – 1 on the night which was a marked improvement on their recent showing at Euro 2016 in France this summer.