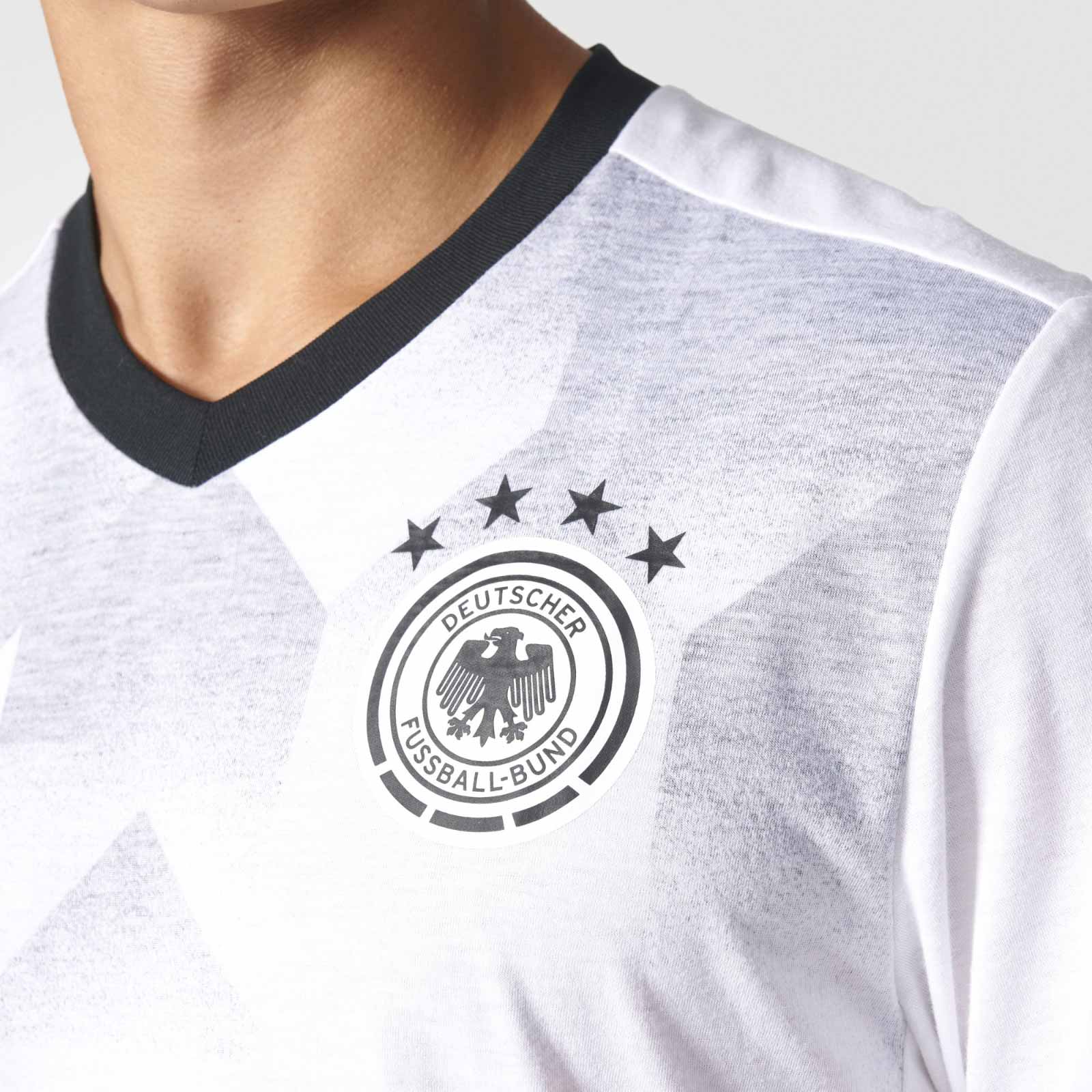 This is the Germany 2017 Confederations Cup Pre-match kit: 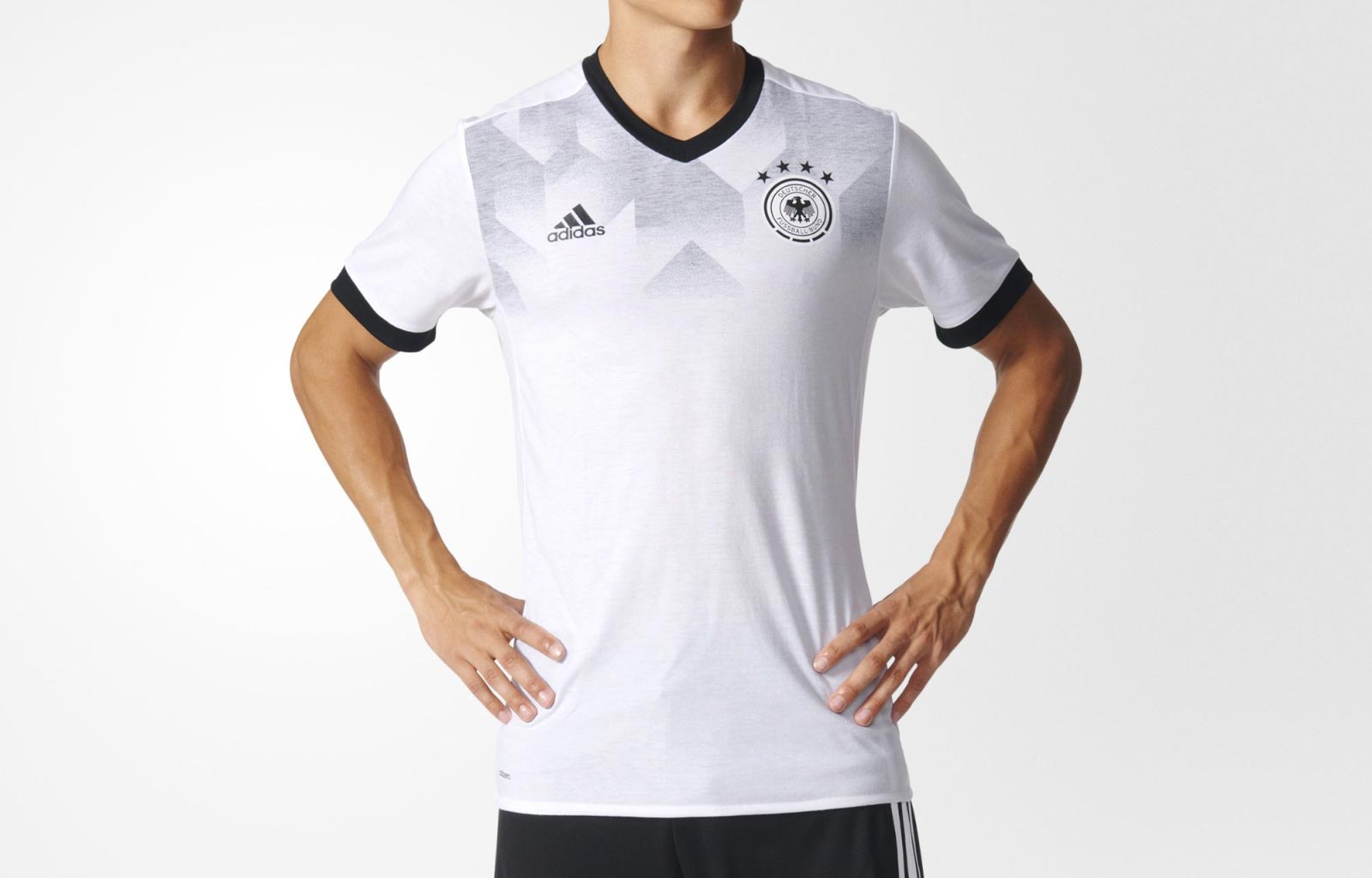 The shirt’s white base colour features black trim while a faded black graphic pattern covers the chest and shoulders of the front.

With black cuffs and v-neck collar, it is reminiscent of the 1960s and early 70s West Germany shirts. Consequently, it is sure to be popular with supporters when it goes on sale. 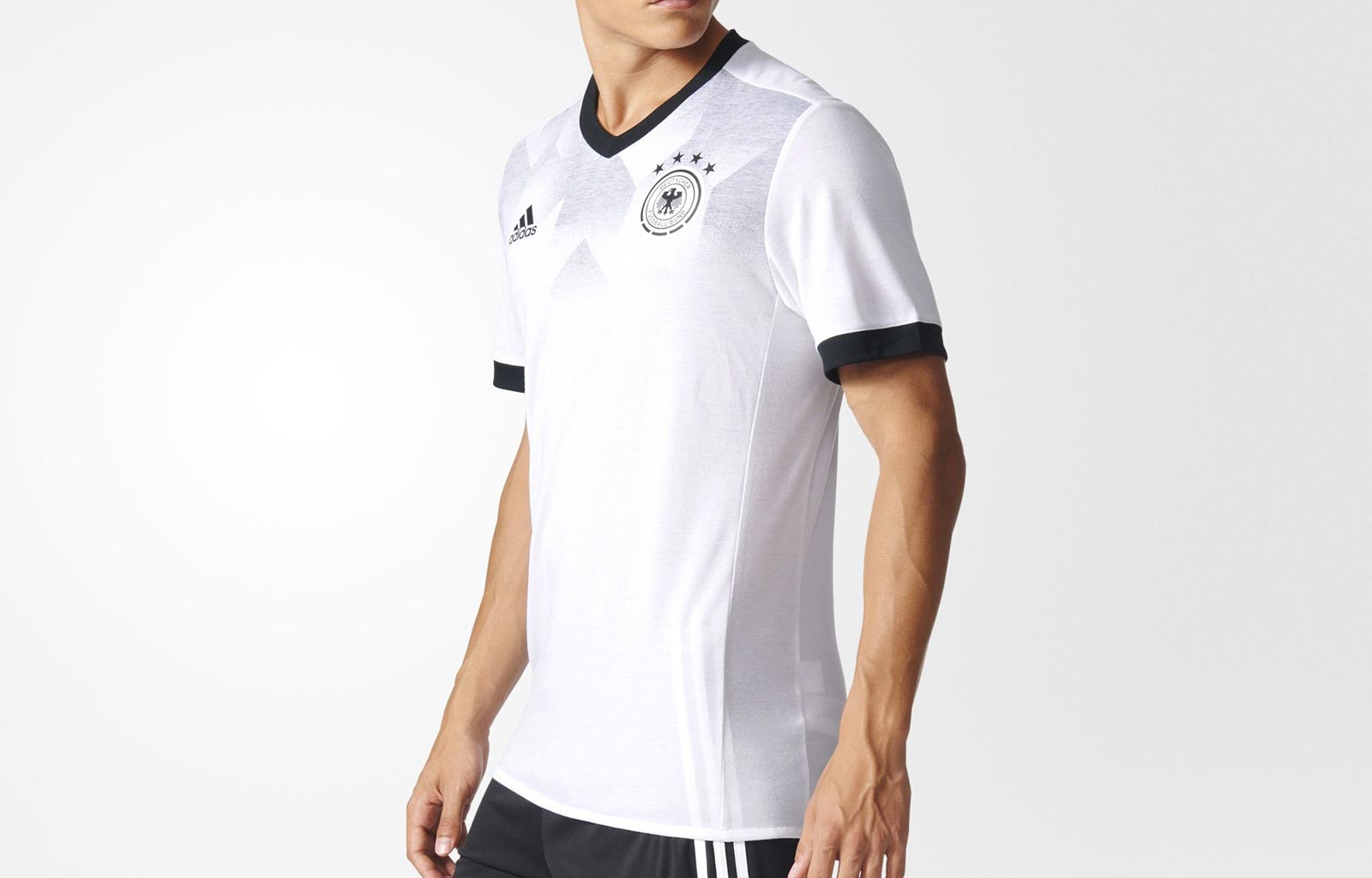 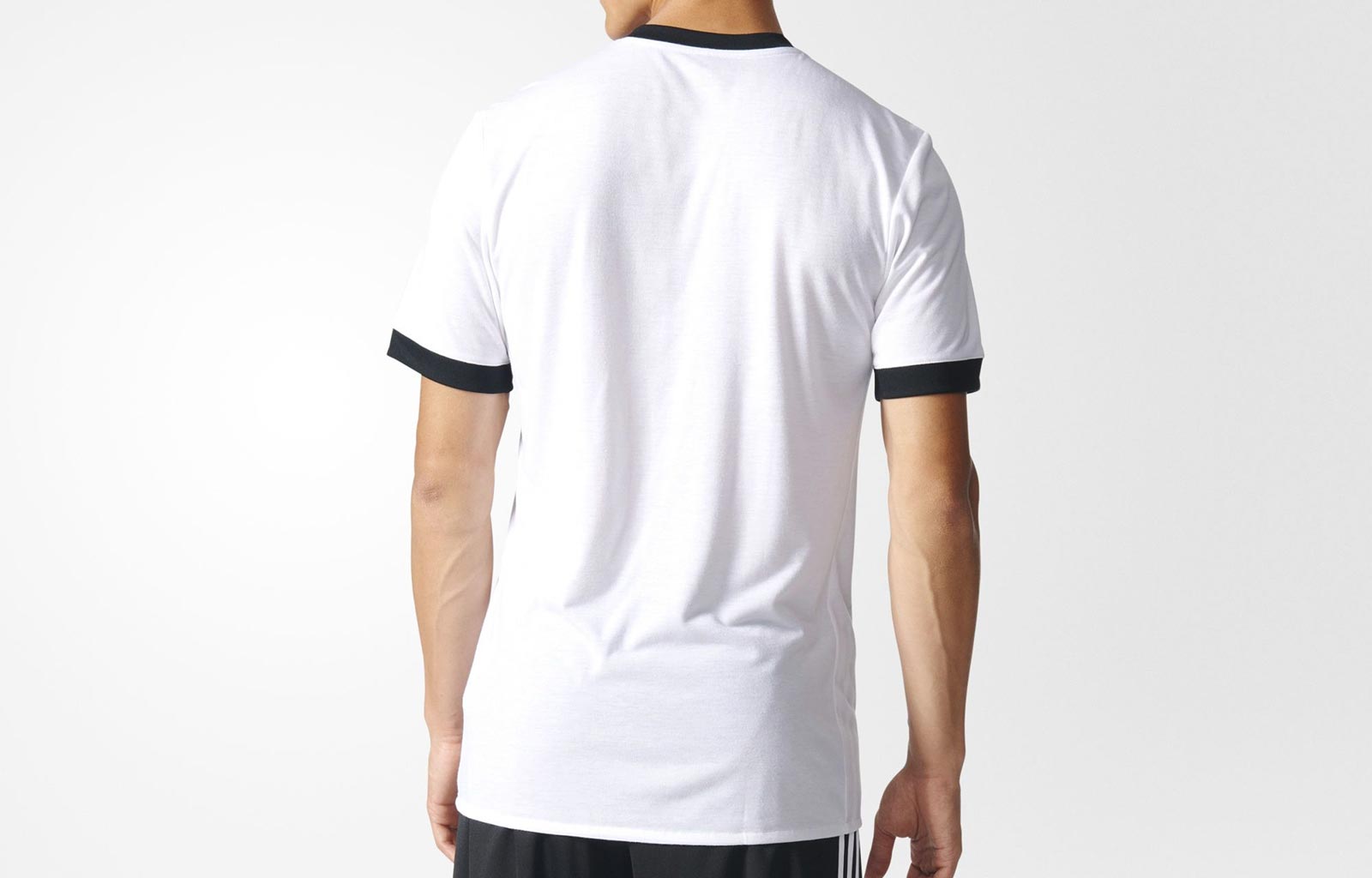 Finally, the back of the short and lower two-thirds are a clean white design.

Germany take part in the Confederations Cup as reigning World Champions. They face:

The winners of next winter’s Africa Cup of Nations join the seven other nations in the tournament in Russia.