Germany release their 2017 Confederations Cup shirt shortly with adidas already launching teasers of the kit. This weekend is the official launch of the strip while the away kit remains unchanged. 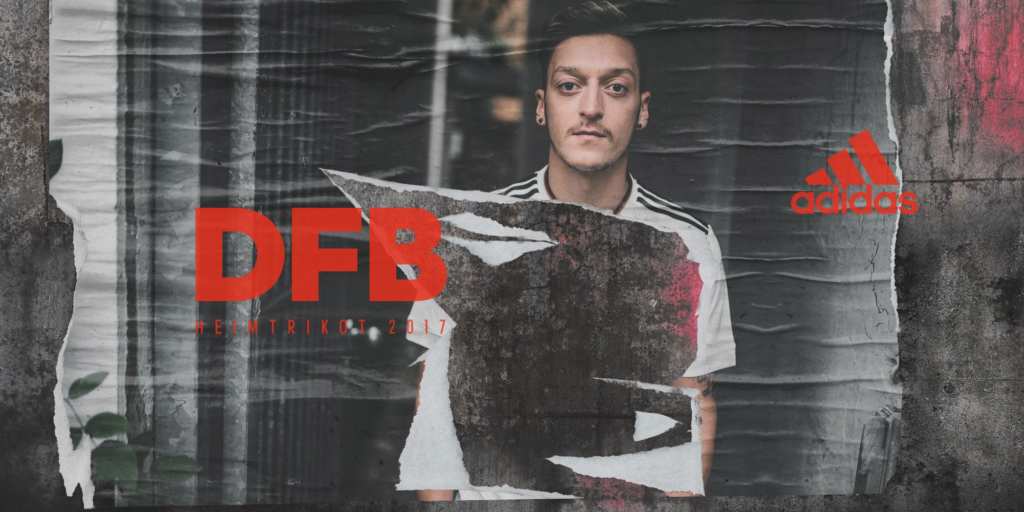 Germany qualify as reigning world champions for the event FIFA uses as a test-run for the following year’s World Cup. The other nations competing are Russia, Australia, Chile, Portugal, New Zealand, Mexico and winners of the 2017 Africa Cup of Nations.

This is the home kit Germany will wear for the 2017 Confederations Cup: 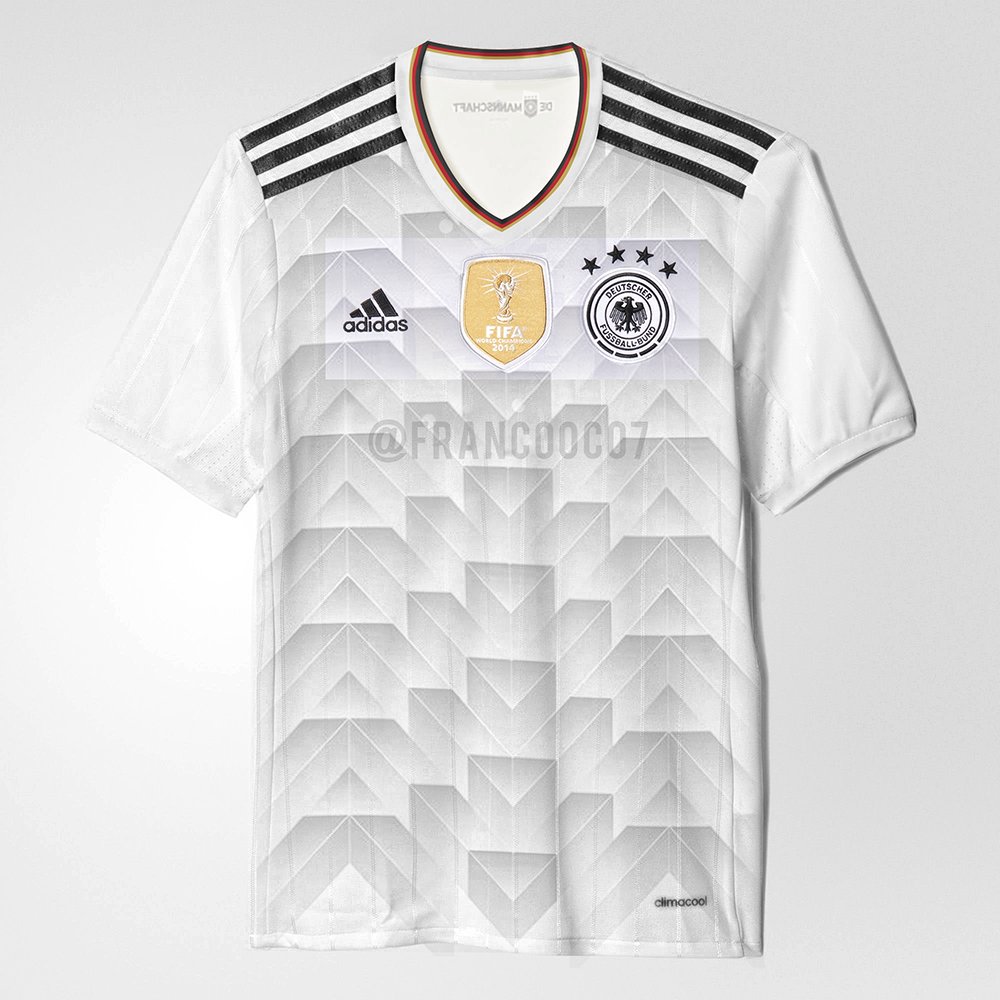 The white base colour features a grey graphic print while the trim is black, red and yellow.

Inspired by the 1990 away shirt, the top is reminiscent of Arsenal’s ‘bruised banana’ kit of that era. adidas goes back to the future.

Sited on the shoulders, adidas trademark Three Stripes are black. On the Euro 2016 shirt, they ran down the side of the shirt body.

The white v-neck collar incorporates thin black, red and yellow bands. The trim on the rest of the shirt is black, save for the World Cup winners badge in gold on the centre of the chest. On the back of the neck is black ‘Die Mannschaft’ lettering.

The shirt will make its debut in the match against Italy on 15th November 2016.