Earlier in the summer, Girondins de Bordeaux released a captivating third kit for the 2016/17 season. The front of the shirt featured images of the city’s many tourist attractions.

It’s been a busy summer in this part of France, with four Euro 2016 group games played in the Nouveau Stade de Bordeaux. Wales particularly enjoyed their time, recording their first victory in the final stages of the tournament, beating Slovakia 2 – 1.

Girondins de Bordeaux are readying themselves for the new season with midfielder Jeremy Toulalan set to sign for them next week. 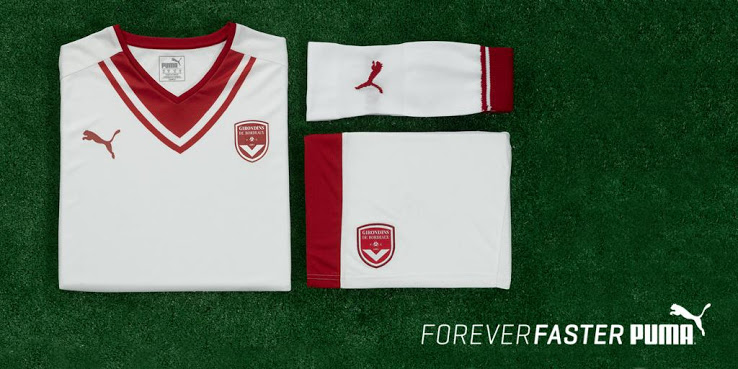 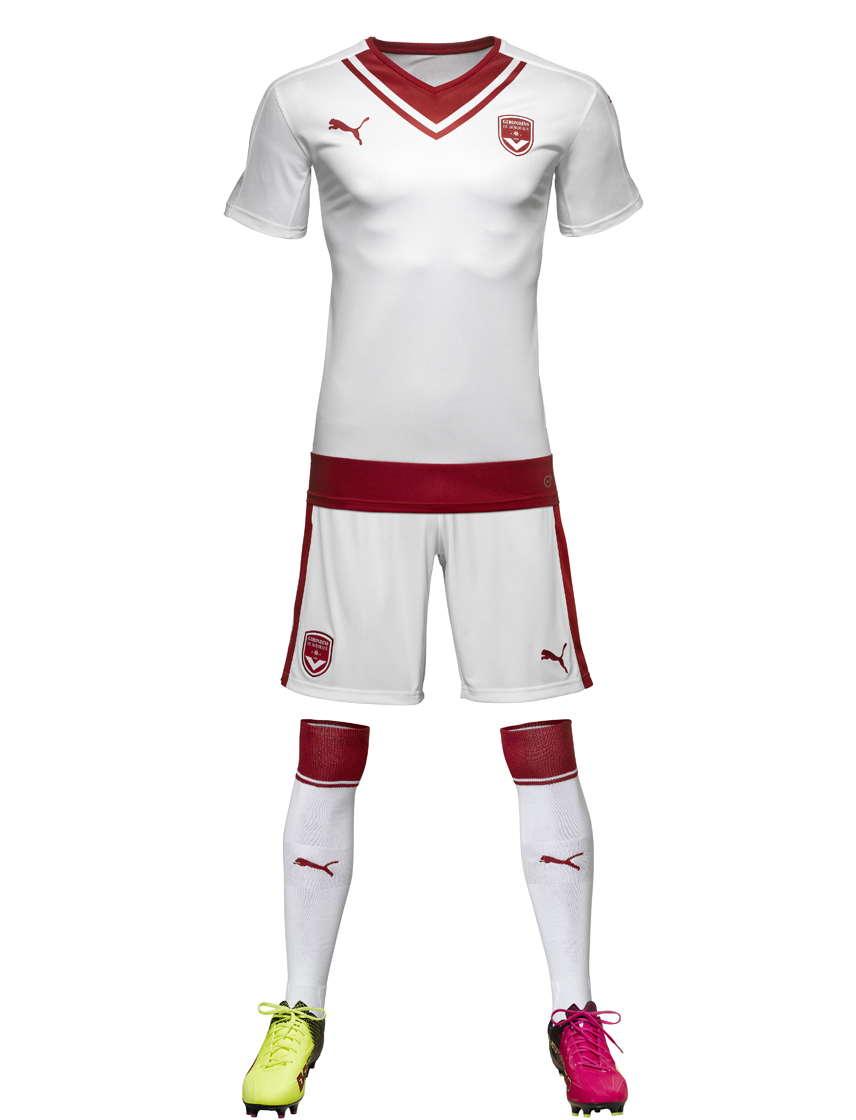 Compared to the third strip, it’s an understated design from kit manufacturer, Puma.

The all-white kit features burgundy trim, unsurprising given the regions wine-making traditions. Using the same design template as the home kit, the shirt features a striking v-shape collar which thickens in depth once past the white mesh shoulder panels. Underneath is a thinner burgundy v.

Otherwise, the shirt is plain bar the burgundy band at the bottom hemline. With a similar band at the top of the shorts, it gives a cumberbund effect to the strip. 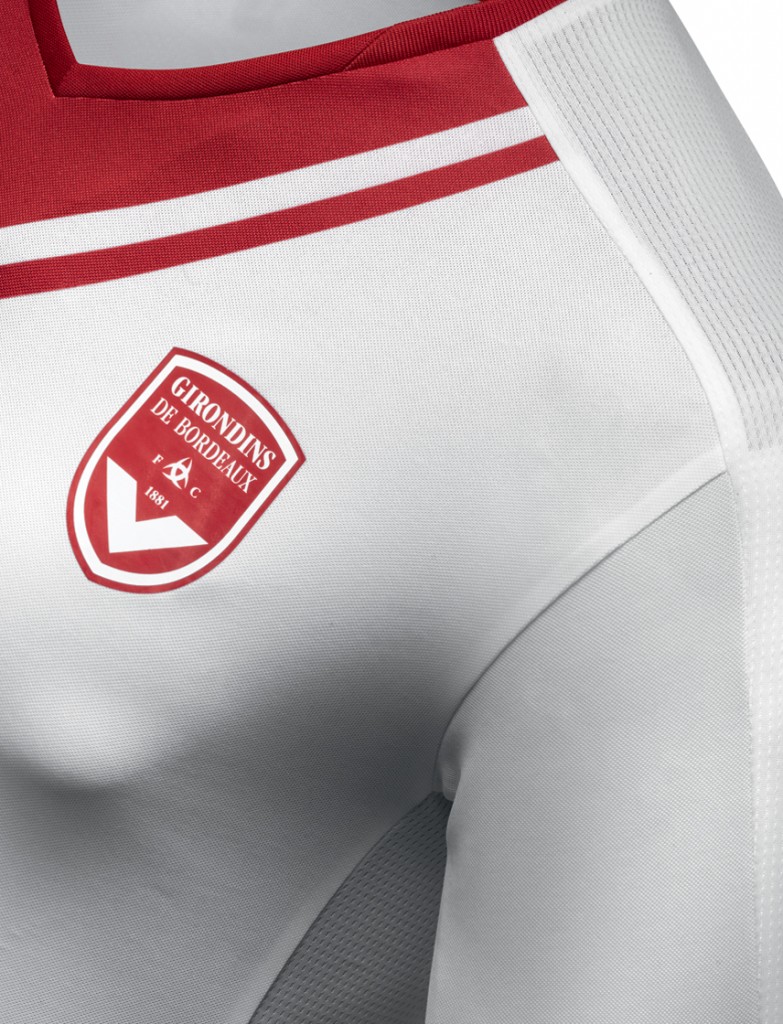 The white shorts also feature a band down the side of each leg.

The white socks have a thick burgundy turnover, with a thinner burgundy pinstripe hoop underneath. 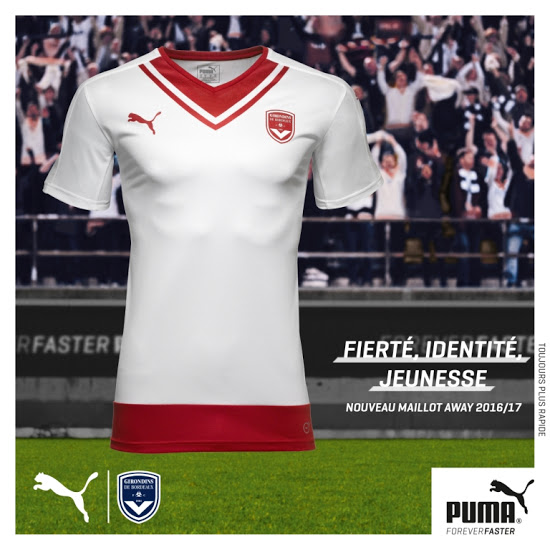 If the home kit is anything to go by, sponsors logos will be plaster all over the top. It’s a pity as it will ruin a stylish and beautiful look to be worn on their travels. Let’s hope that they don’t turn into travails.