Girondins de Bordeaux unveiled their 2016/17 home kit shortly after releasing one of the summer’s stunning third kits. Having finished eleventh in Ligue Un last season, hopes of a better season next time around have received a boost with this classy design. 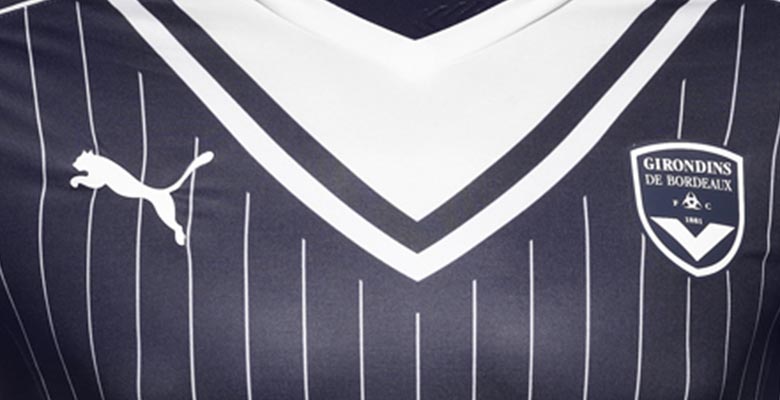 This is the home kit which will be worn by Girondins de Bordeaux. 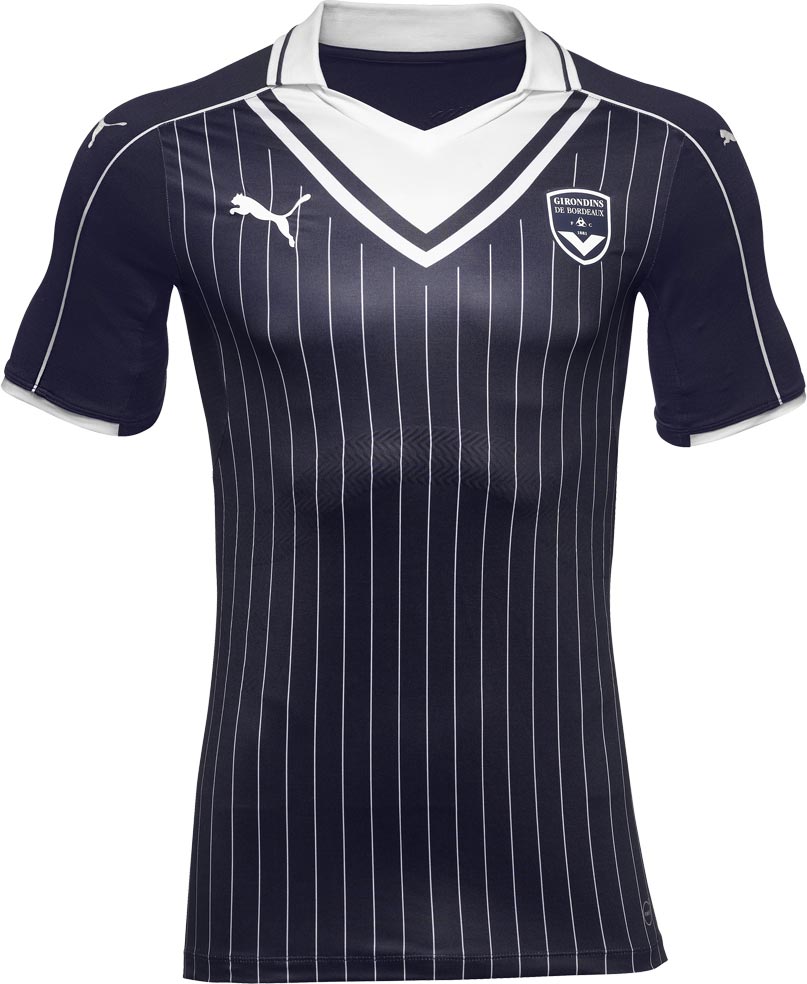 Kitmaker Puma have designed a striking update on the club’s traditional dark blue and white colours. The hallmark v-shaped pattern on the front of the shirt has become a more integral part of the collar.

The full white collar with wing lapels and thin navy blue trim, rolls into a deeper white v-pattern across the collarbone area. This is shadowed by a thinner v-pattern underneath, accentuating the depth of the pattern.

The body of the shirt hosts white pinstripes with Puma’s logo on the right breast and the club crest opposite on the left.

Puma has brought in clean navy blue sleeves with thin white piping forming a shoulder band which houses the manufacturers logo on the shoulder. The cuffs are half white, half navy blue.

The kit will be completed with white shorts and blue socks.