Granada defied expectations once again during 2015/16 and survived in La Liga.

Sixteenth place was enough to see them to safety for a fifth successive season. A final day defeat at the Camp Nou was rendered meaningless for the Andalusian club as they had secured their survival the previous weekend.

A repeat this coming season is the order of the day.

This is the newly designed home kit for the 2016/17 season made by Joma: 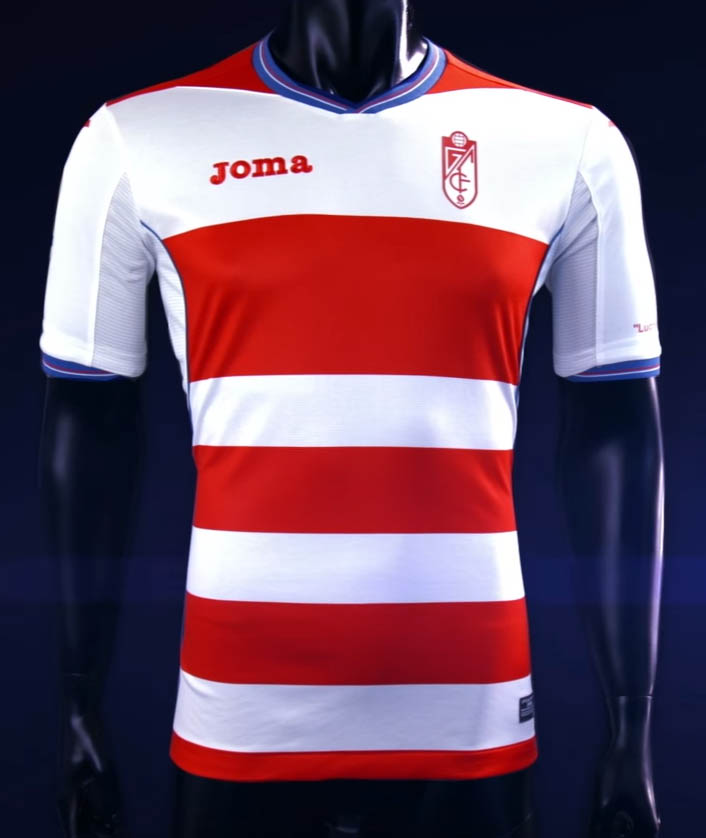 The shirt is predominantly white. Across the front are a series of horizontal red bands. The top stripe, running from side to side at chest level, is double the thickness of the other stripes.

The collar is blue with a thin red and white band sitting centrally. A similar design sits on the sleeve.

On sleeve is the inspirational message: Luchar para ganar – fight to win.

Away from Los Cármenes, this is the kit Granada will wear during the 2016/17 season: 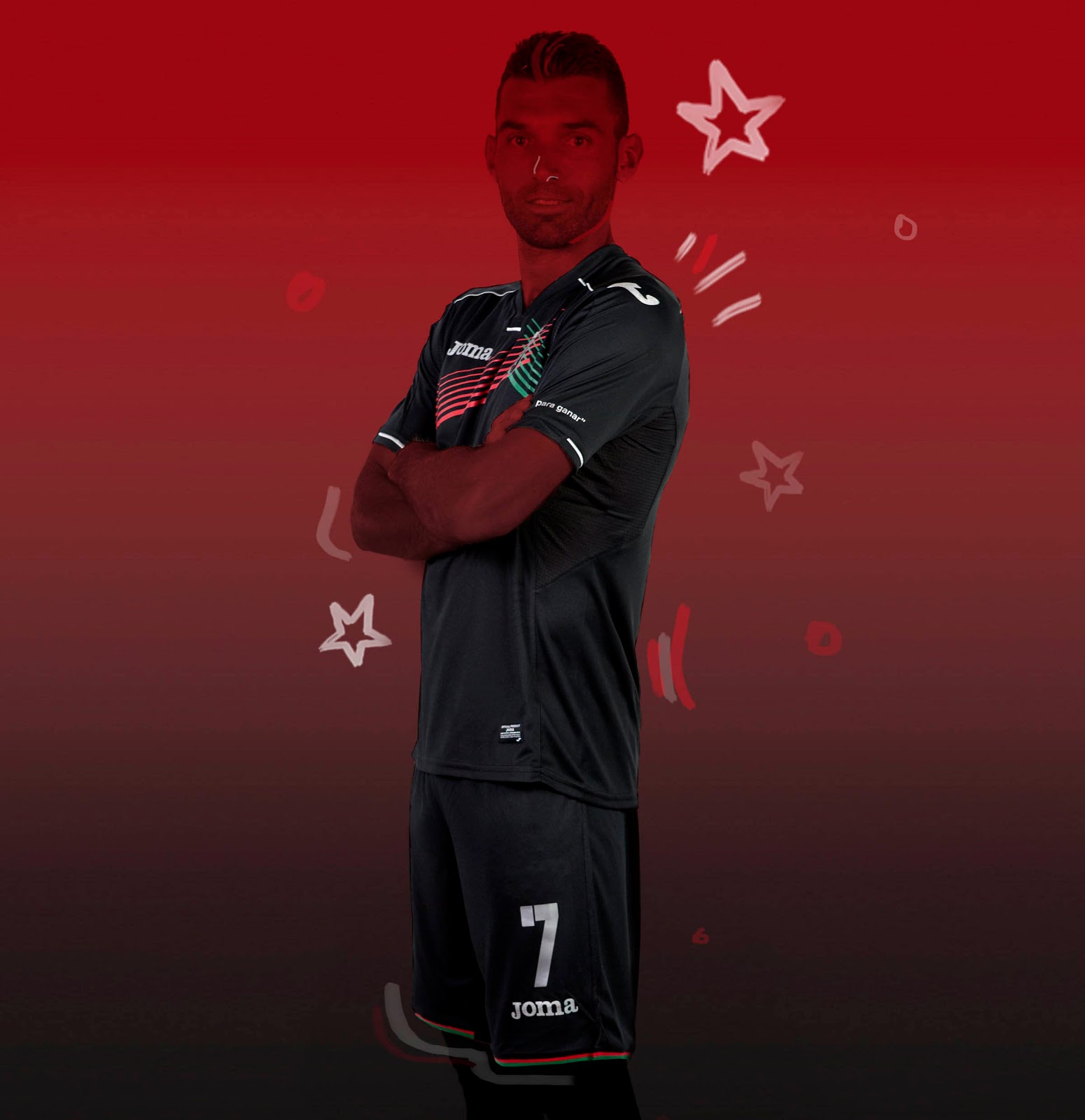 An all black kit, there is a red striped faux-chevron across the chest, fading into white. The other trim on the shirt is white. 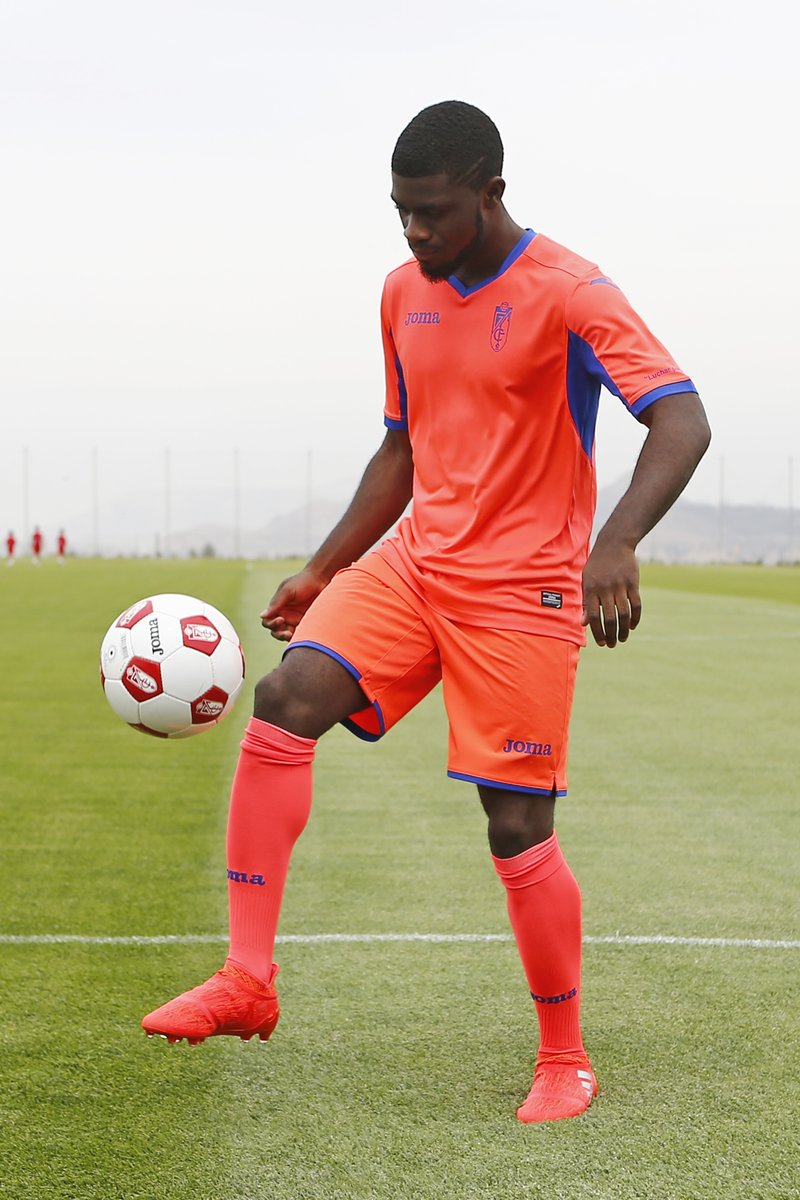 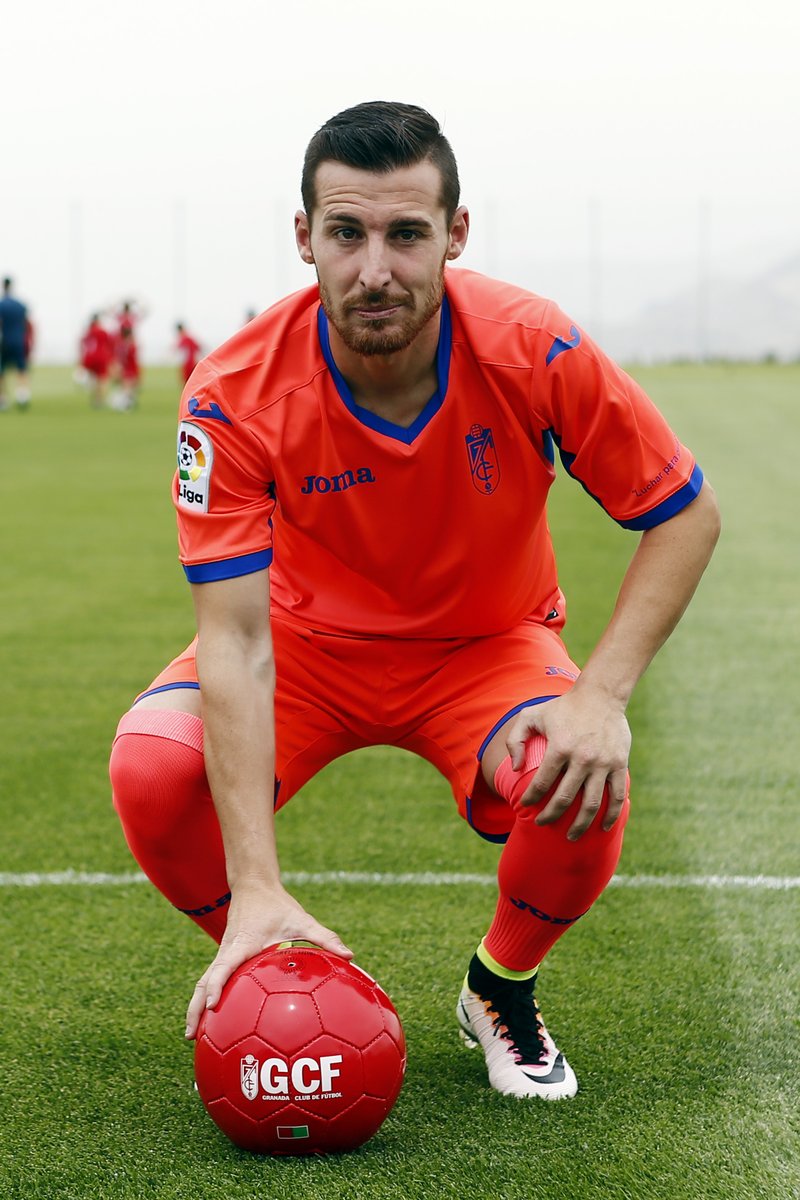 Modelled by new signings Tito and Boga, Joma has issued a vivid orange design, albeit unfussy and straightforward.

Featuring blue trim on the collar and cuffs, there is also a blue underarm patch.

The shorts are orange with a blue band at the bottom of each leg. 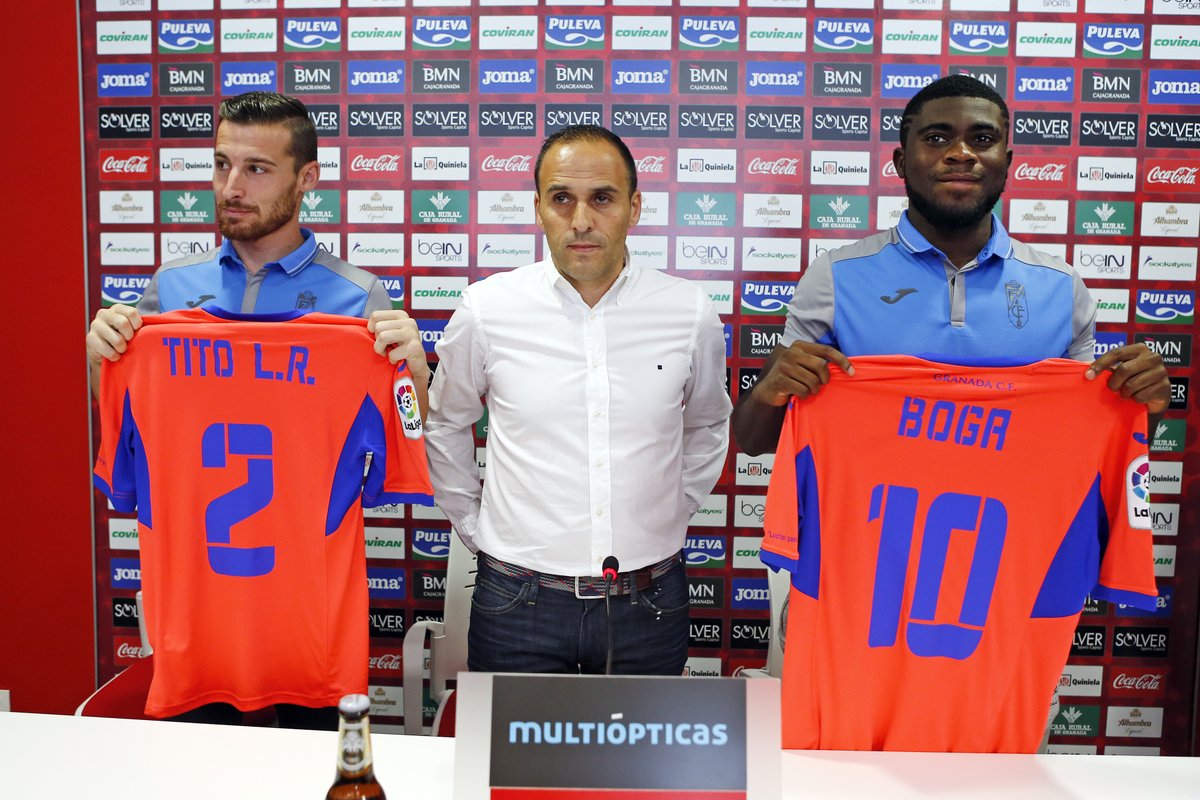 Three contrasting kits, colourwise. The home and away kits are interesting designs, offset by the bright orange third strip.