Gremio from Porto Alegre, are the latest club to release a special kit in the month of October to raise awareness about breast cancer. Some of the revenues raised from the sale of this kit will go to the Instituto da MAMA do Rio Grande do Sul.

The club sits in seventh in the Campeonato Brasiliero, in the qualifying positions for the Copa Sudamericana but aiming for the top sixth which take them into the first stage of the Copa Libertadores. 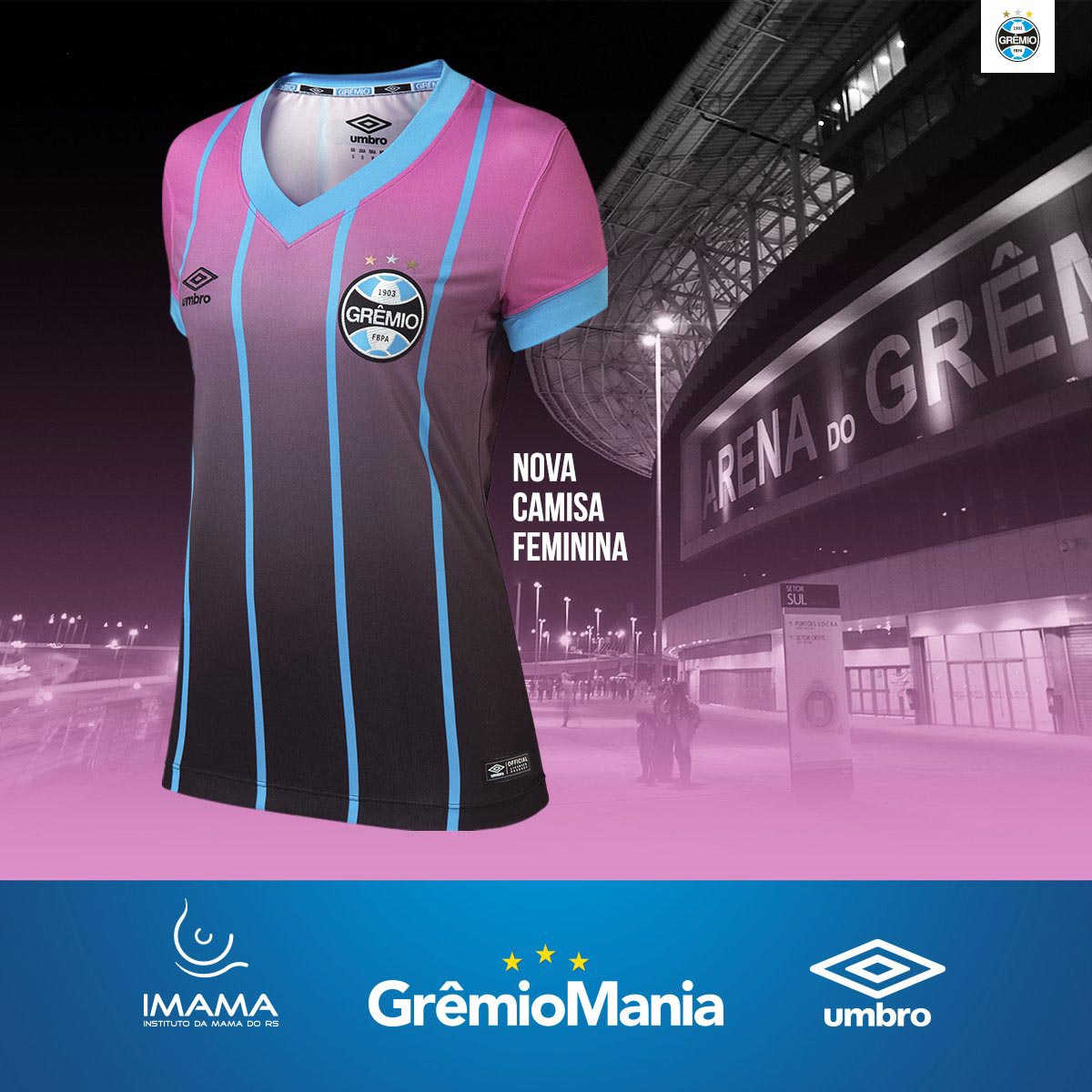 It is a pity that the major European clubs are not following the lead of central and south american clubs with this issue. To date, none of the Premier League, Bundesliga, La Liga or Serie A clubs has issued a kit along similar lines. Perhaps that will come.

This is the Gremio shirt designed to raise funds for, and awareness of, breast cancer: 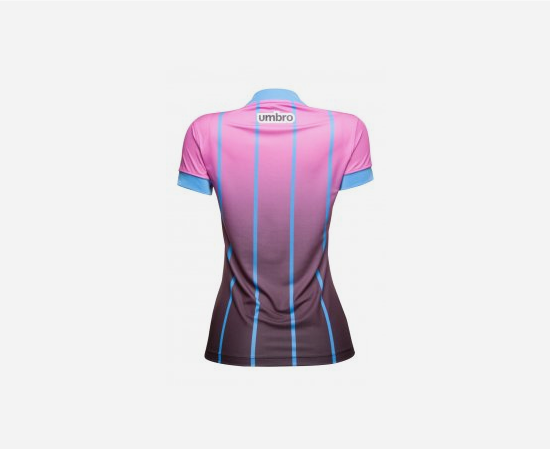 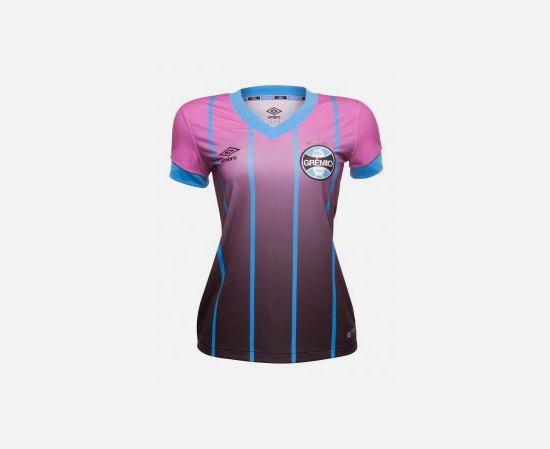 Initially, the shirt is only available in women’s range.

The design is loosely based around the recently launched third kit. The shirt is pink with evenly-spaced blue stripes, featuring a faded pattern at the top becoming a fuller colour at the bottom.

A blue v-neck collar is matched by blue cuffs.