Manufactured by Umbro, this is the Gremio 2016/17 third kit: 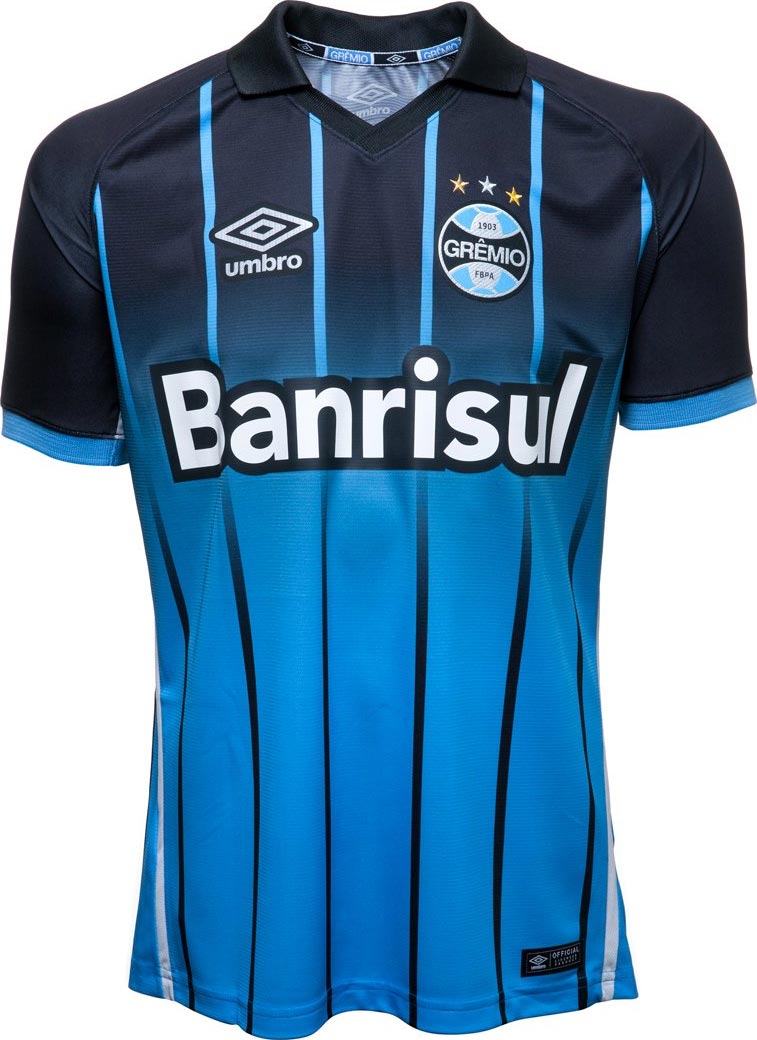 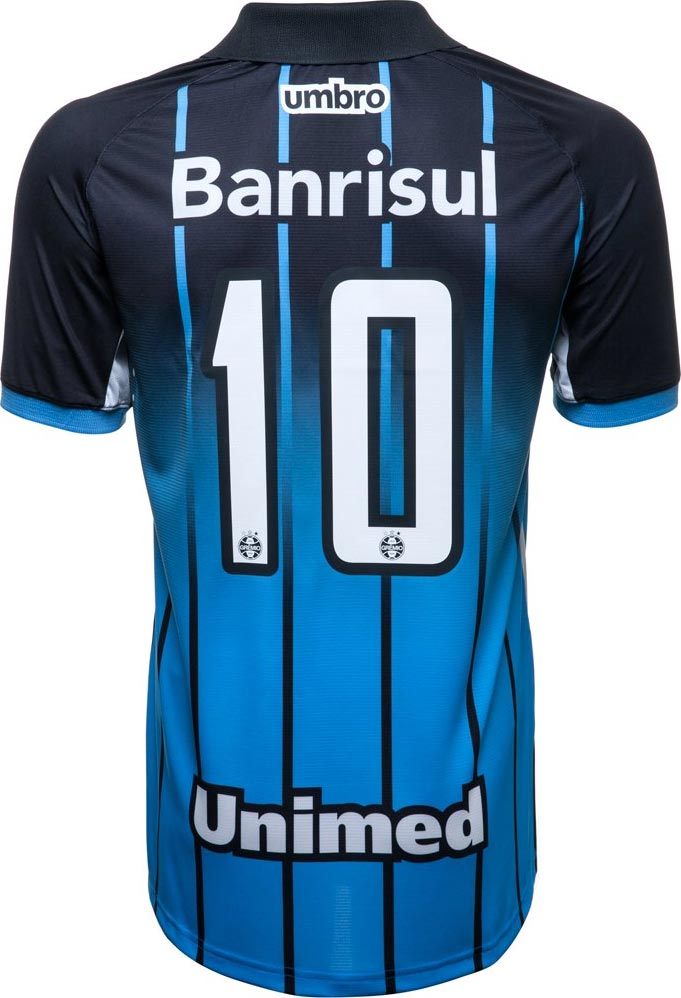 The British manufacturer has dropped its signature design feature with this kit. The co-ordinates of Gremio’s home ground, Arena do Grêmio, aren’t printed on the inner back of the neckline.

Which doesn’t detract from the interesting design. Light blue and dark navy, the two colours intertwine through the body of the shirt. Starting at the top, the darker blue mixes with the light blue in narrow stripes before the colours swap lower down the shirt. 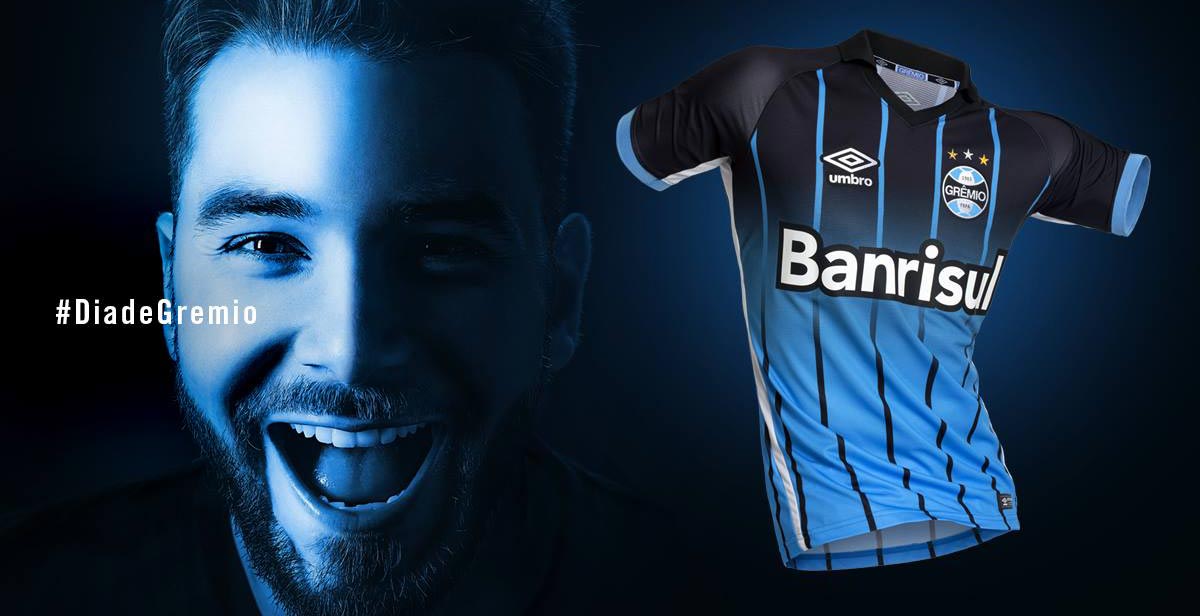 It’s a stunning design with marvellous contrasting blue colours and makes the club’s crest stand out. The gold star represents the 1983 World Club Championship win over Hamburg. The silver star is for the 1983 and 1995 Copa Libertadores wins. The bronze star is for the two Serie A and four Copa Do Brasil wins.

On the flag itself, there is a gold star honouring Everaldo who was a member of the Brazilian World Cup winning squad of 1970, the first Gaúcho (person from Rio Grande do Sul) to achieve that honour.

Above all else, it’s just a great kit!