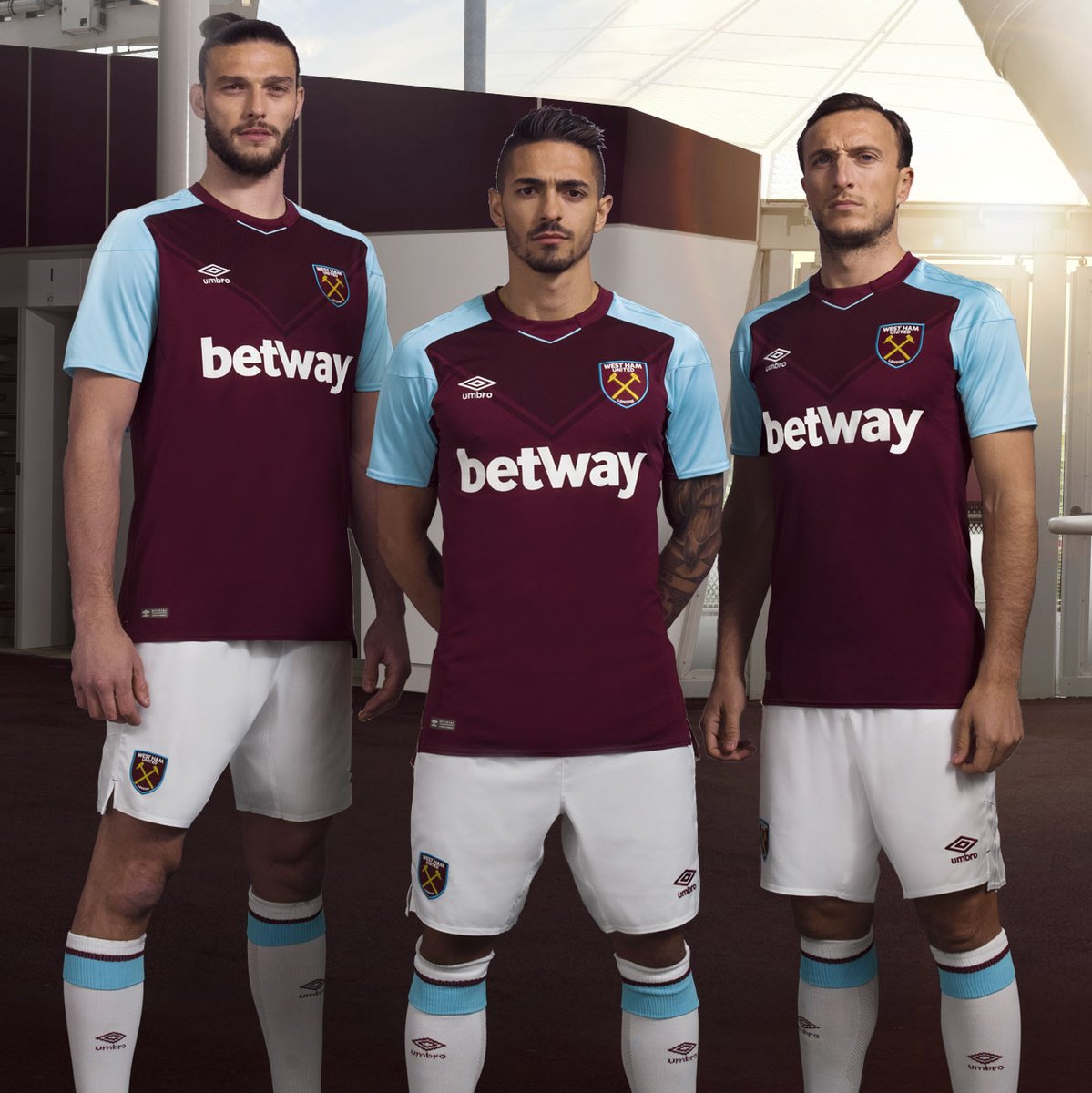 The familiar claret and blue returns next season, 114 after basic design was first used by the club. Hammers fans hope there will be some new faces wearing the shirt next season, particularly with Arsenal duo Theo Walcott and Olivier Giroud both heavily tipped to make the move across London. 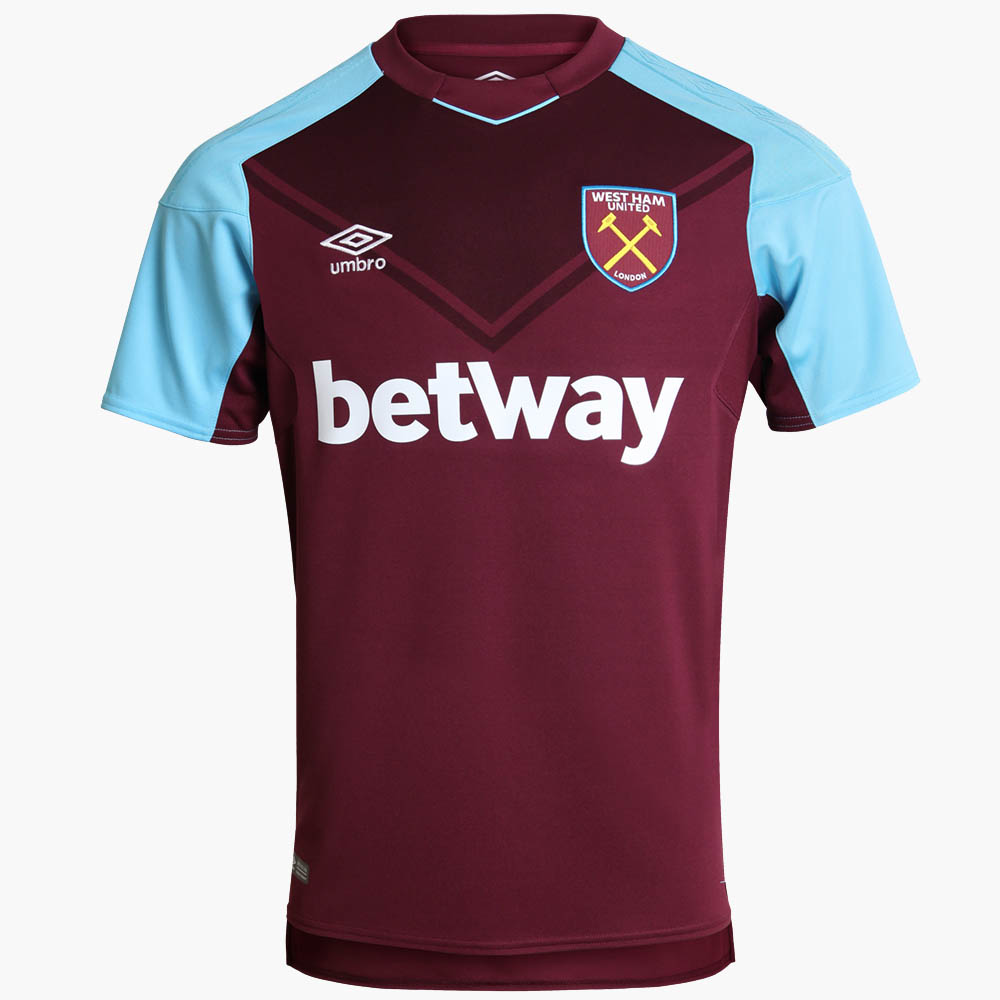 As with the away strip, there is as graphic pattern across the chest, reminiscent of the kits worn in 1976 in the Cup Winners Cup final defeat to Anderlecht.

On the collar, a thin sky blue band appears at the front of the otherwise claret trim. The sleeves feature cuffs which continue the sky blue theme with an inner claret panel. 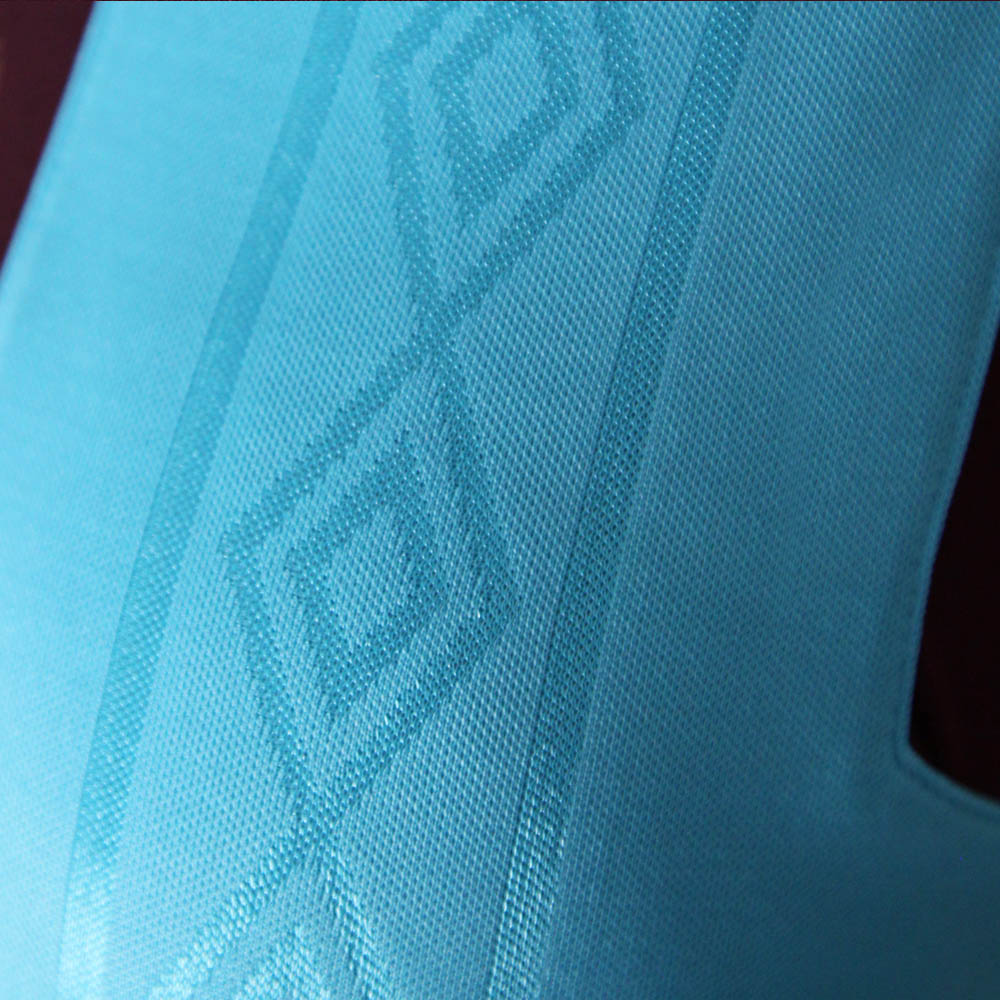 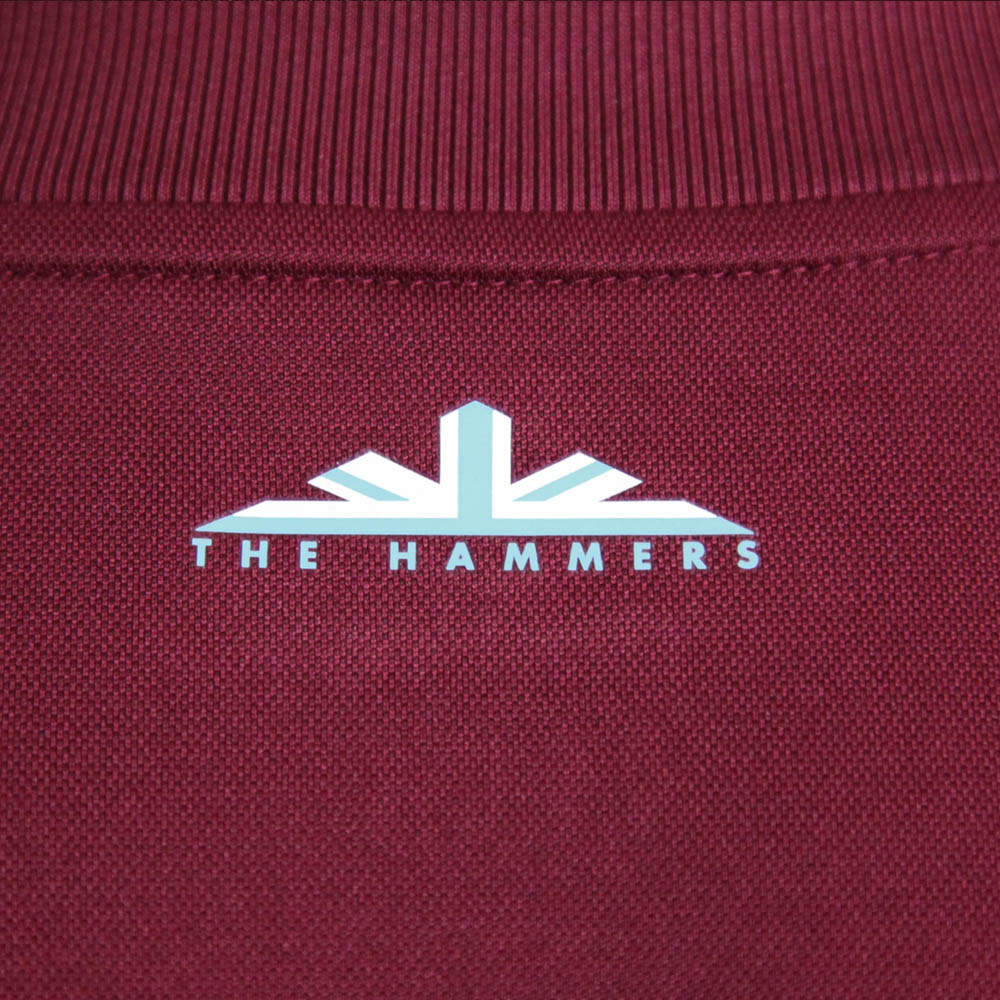 On the sleeves, Umbro’s tonal double diamond design runs from collar to cuff, another nod to the 70s kit designs. Meanwhile, a pyramid-shaped half Union Jack nods toward the Olympic Stadium move which took place last season.

Completing the kit, white shorts and socks both feature claret and blue trim. 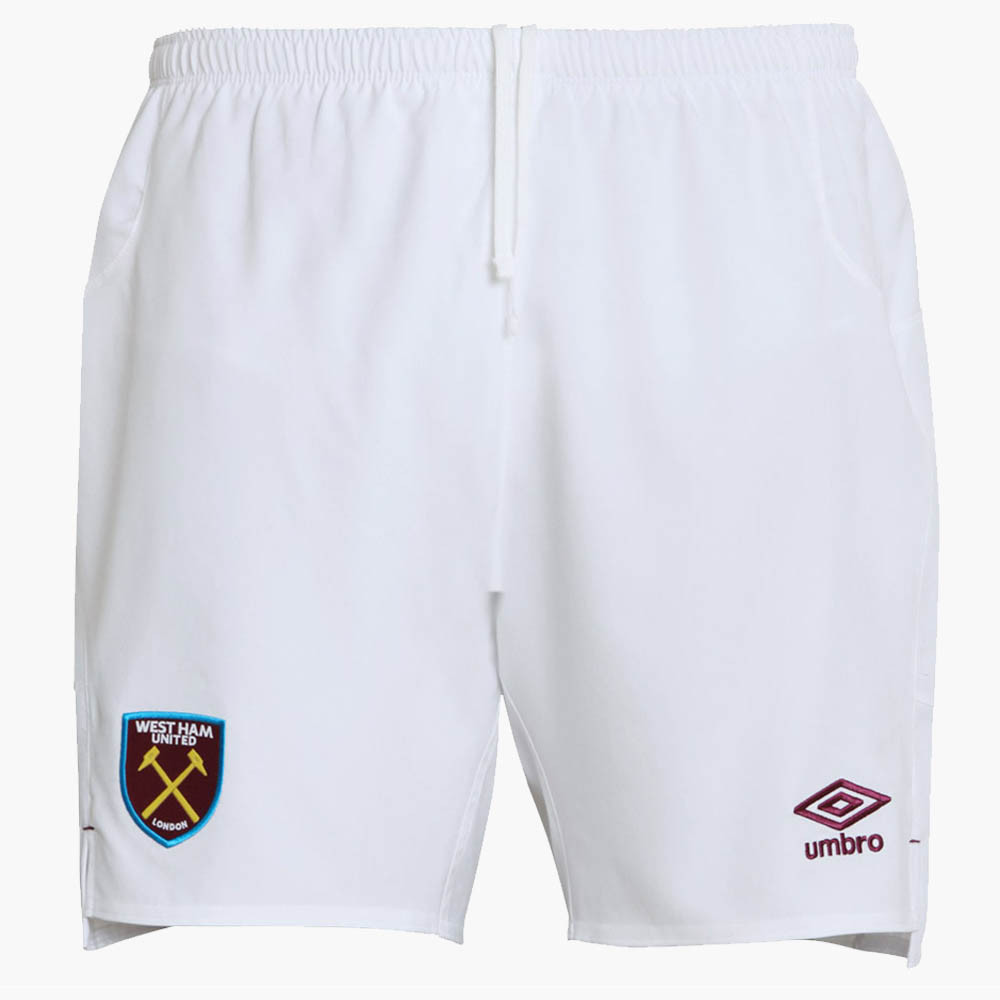 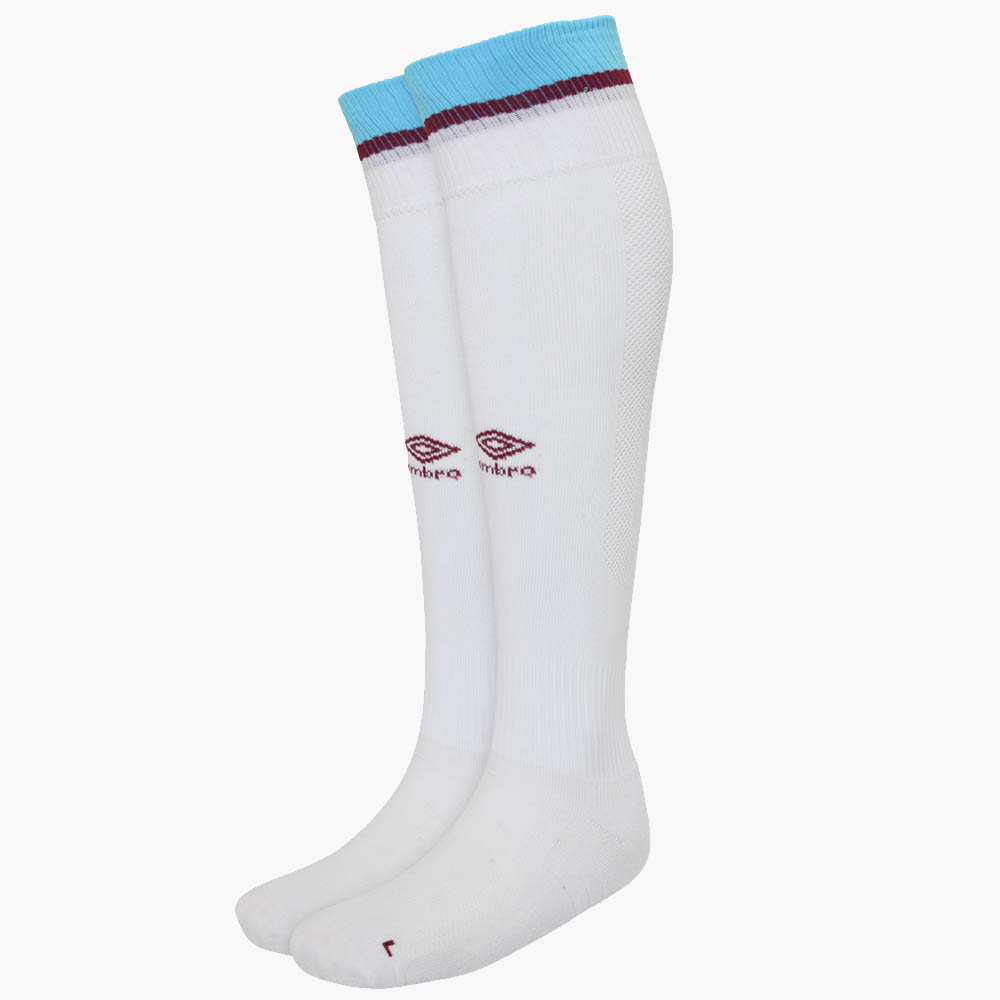 It’s a strip which will find favour with the fans, with the patterning stopping it being a bland design.