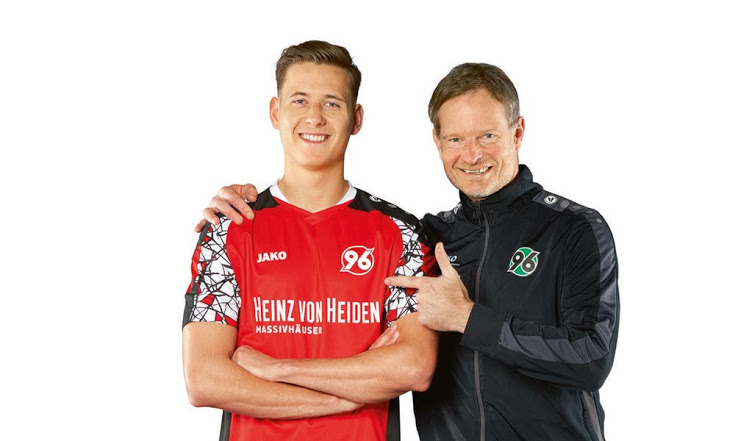 Crowned 2.Bundesliga champions since, Hannover yo-yo between the top two divisions but wasted no time in celebrating their crowning glory of winning the 1992 DFB-Pokal final.

This is the celebratory shirt designed by Jako: 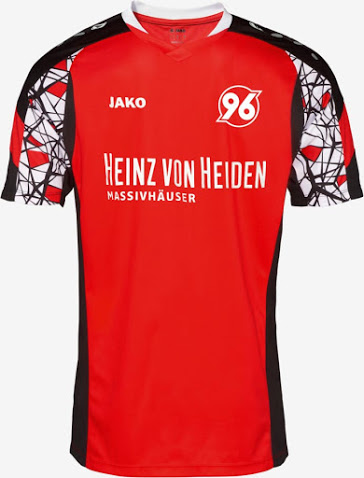 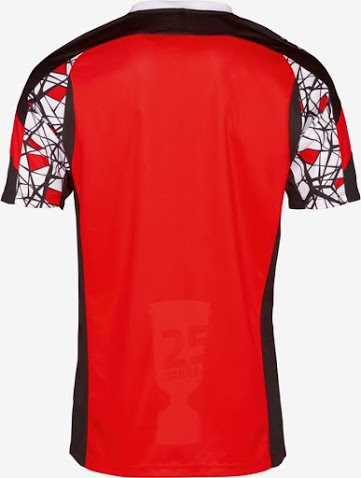 The 1992 cup final kit was designed by Adidas, 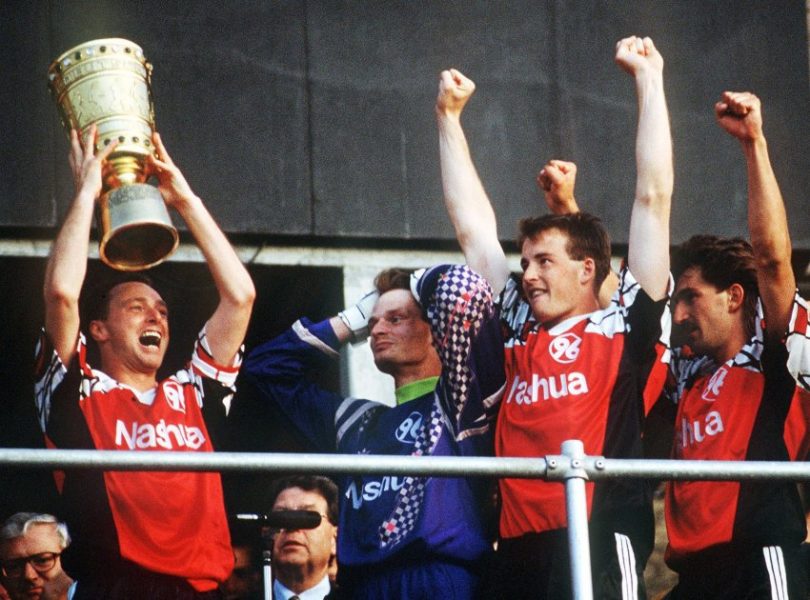 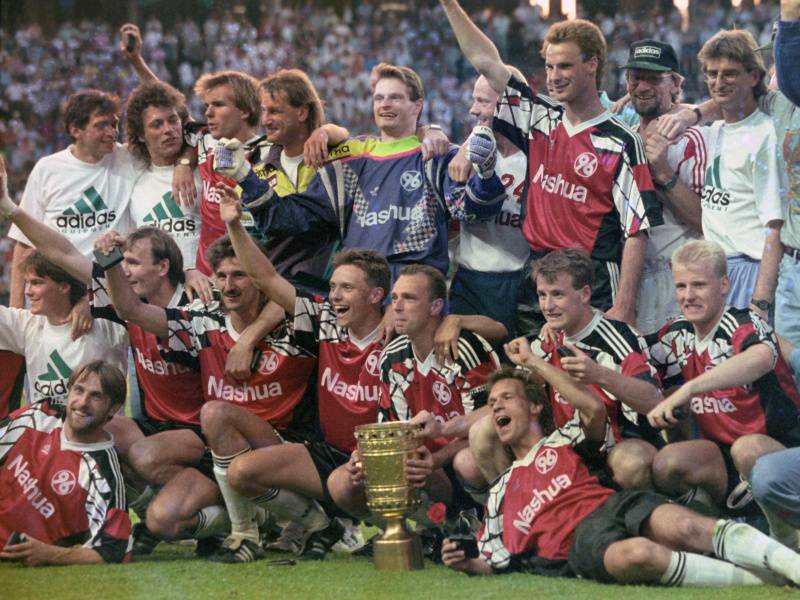 This season’s shirt didn’t enjoy the same good fortune. In 1992, Hannover beat Borussia Monchengladbach 4 – 3 on penalties after a 0 – 0 draw. This time, Eintracht Frankfurt won in Hannover, 2 – 1 and now face Arminia Bielefeld in the quarter-final.

Jako took the base red shirt and created a similar crazy paving black-and-white graphic for the sleeves, infused with red patches. A thick black panel housing the manufacturers logo runs across the shoulders. Two black side panels run from the underarm to the hemline.

At the bottom on the reverse of the shirt is a tonal graphic print of the DFB-Pokal. 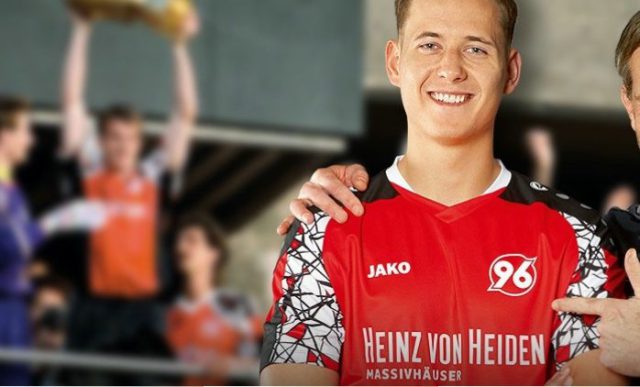 The design proved popular with supporters; the adult sizes sold out very quickly with no plans to manufacture any more while a limited number of children’s sizes remain.