Nike recently extended their contract with the Football Association and will produce the England kits until 2030. Supporters will rejoice for the American sportswear giant is a lucky omen, with the performances at the last World Cup and European Championships something to behold.

At least England improved in France. In Brazil in 2014, they utterly useless, graduating to hopeless last summer.

The first fruits of the refreshed loins are set to the third kit for England, using Nike’s current preferred template.

This is believed to be the England third kit from Nike: 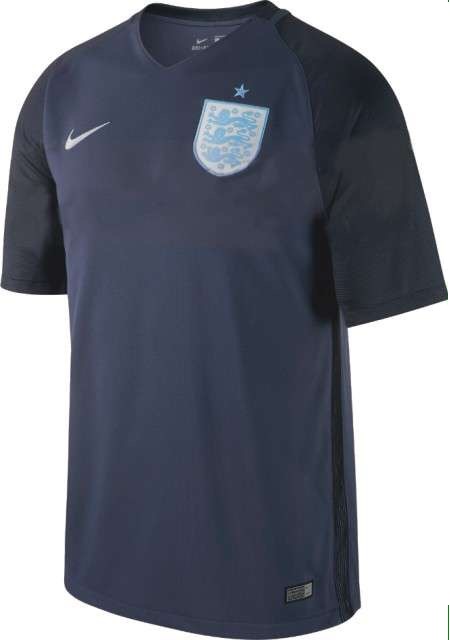 Given the monstrosities Nike served up for the home and away kits, this is actually quite good. The navy blue top with what appears to be contrasting black or darker blue stripes.

It’s not dissimilar to the home goalkeeper kit.

Nike’s template works well with the darker colours, as France’s home kit proves. This one, if the actual shirt, improves the current kit range in the same leaps and bounds with the same heroic giant steps Gareth Southgate has brought to the squad.

The colour of the shorts isn’t yet known but Nike prefer to match the body of the shirt, which would be a good combination. This is the FA though, and never underestimate their ability to get it horribly wrong!