They finished 14th in the Allsvenskan which meant they faced Halmstads BK in the play-offs. A creditable 1 – 1 draw in the western Swedish coastal city left the Reds in a good position to retain their top flight status.

In the return leg, they scored a late goal through Jordan Larsson, the son of Swedish football legend Henrik Larsson. However, Halmstads scored twice in the last four minutes to relegate Helsingborgs. After the final whistle, a group of supporters attacked the Larssons, ending Henrik’s association with the club. 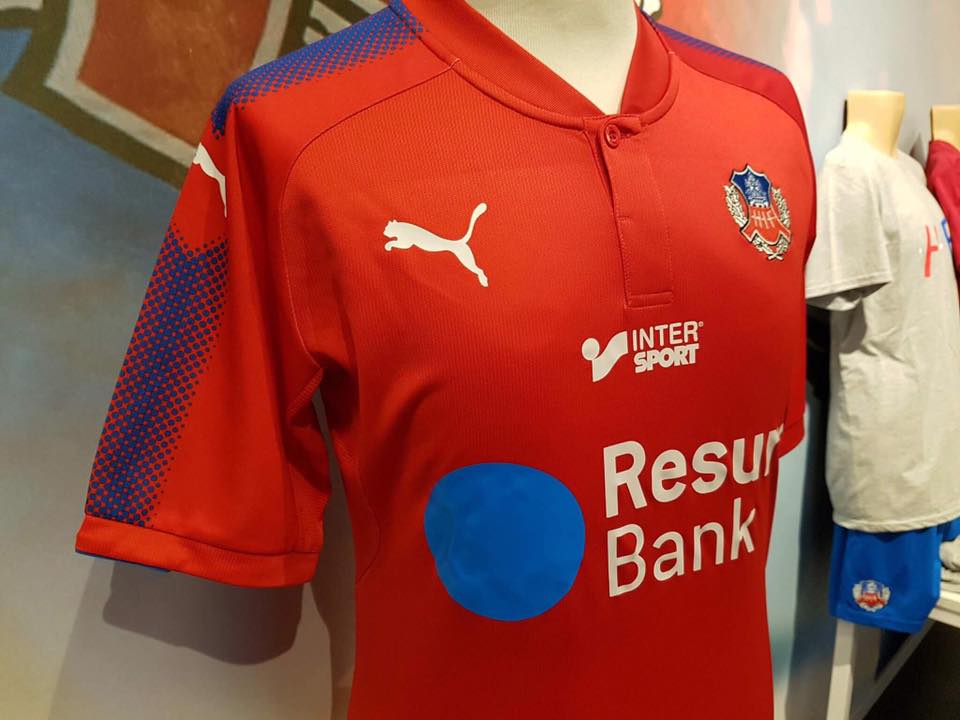 This is the Helsingborgs 2017 home shirt: 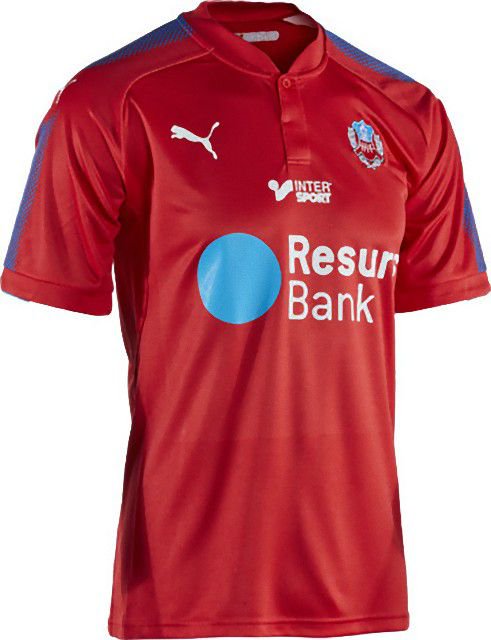 Puma used their new kt template featuring the revised sleeve stripe. The new design sees a solid central band has dots on either side. In this case, the stripe is blue.

On the reverse, “Skanes Stolthet” – Pride of Scania – with the words separated by the city flag. 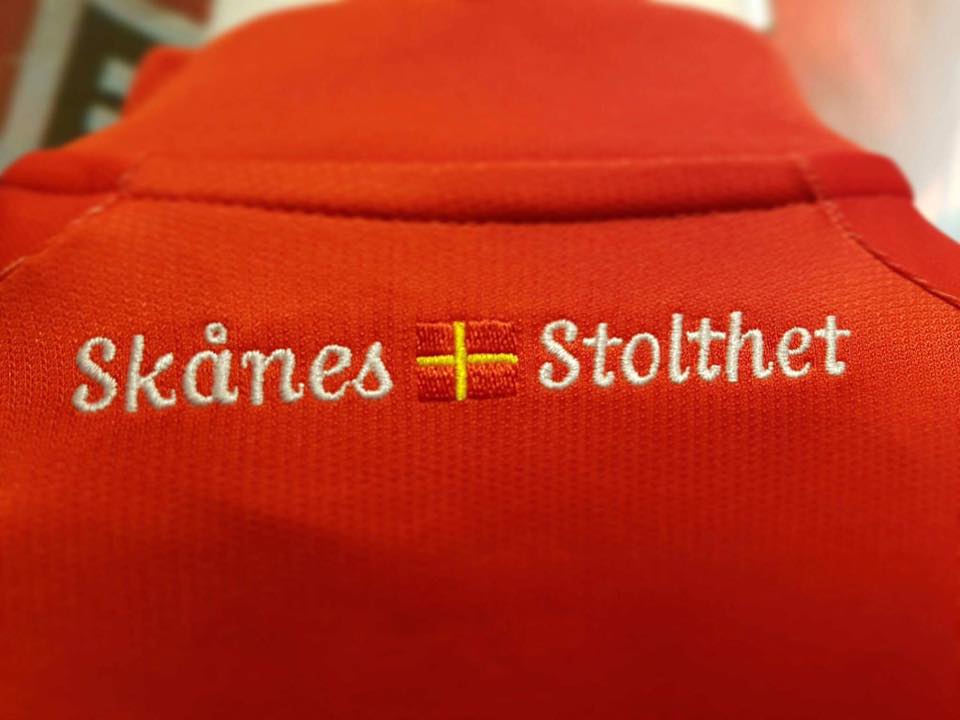 Fans of Dortmund and Arsenal will be horrified at the prospect of the sleeve design turning up on their 2017-18 shirts. The gradiented pattern won’t sit comfortably with either set of supporters.