The new St. Pauli Home Kit comes in the club’s traditional brown color, completed with a stunning all-over pattern incorporating Hummel’s iconic logo.  A stripe in a lighter shade of brown runs down each sleeve. 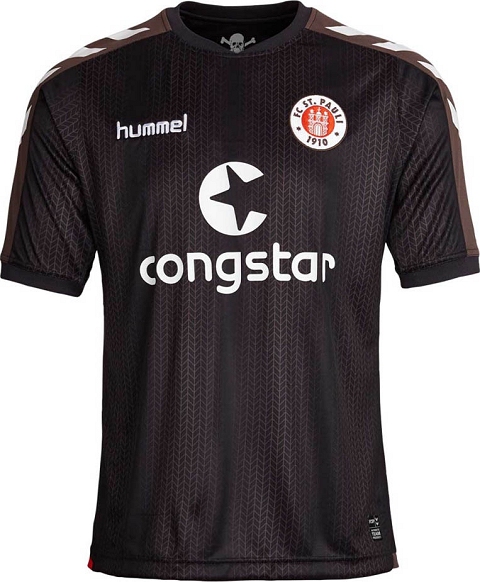 The new FC St. Pauli 2015-16 Away Shirt boasts a unique lines gradient design featuring the traditional club colors white and brown. It fades from white (right sleeve) to brown (left sleeve) using differently sized diagonal lines. It’s likely a statement against the workaday theory of the two genders – that there are only two and not more genders and that all individuals are either assigned to one or the other by nature.

The new Hummel St. Pauli 2015-2016 Kit introduces a striking design with a rainbow flag on the sleeve cuffs to support the fight against homophobia. 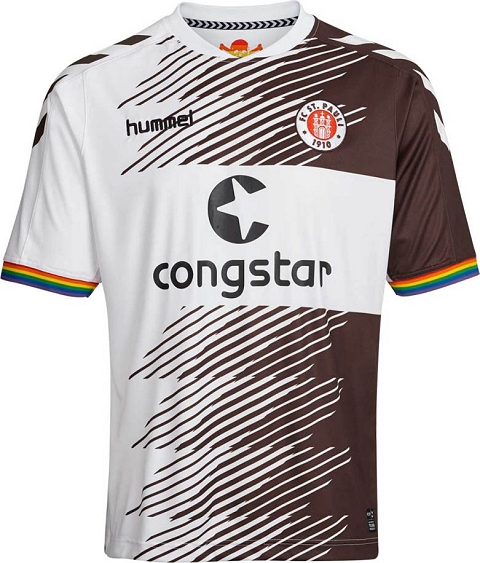 The new St. Pauli 2015-16 Third Jersey is red with black details, set to be used primarily in cup matches, as well as in the league in case of color clashes. A striking pattern graces the front of the St. Pauli Third Kit, which boasts a unique neckline with black accents. 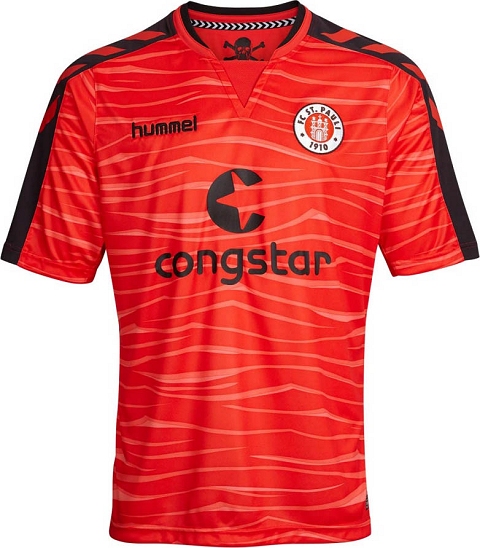