On August 9 1945, the US forces dropped an atomic bomb during World War Two in the Japanese city of Nagasaki, and at least 70,000 people died in the attack. However, 70 % of Japanese people doesn’t know the exact date. Therefore, Hummel and V-Varen Nagasaki revealed a special jersey in remembrance of 9th of August, 1945.

The front of the new V-Varen Nagasaki Kit boasts the pray statue in Nagasaki made by sculptor Seibo Kitamura to arouse the threat of the atomic bomb and the significance of peace. The statue symbolizes God’s love and Buddha’s mercy. The right hand symbolizes the threat of the atomic bomb, the left hand peace, the right leg the silence of Nagasaki City immediately after atomic bombing of Nagasaki and the left leg the lives that were saved. 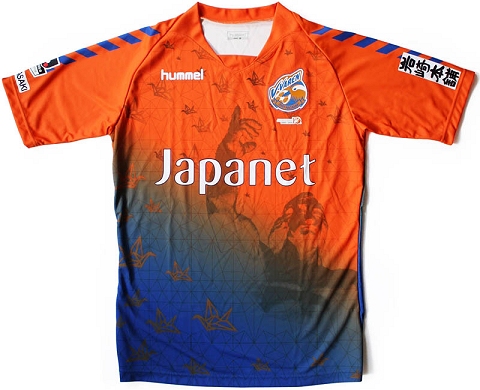 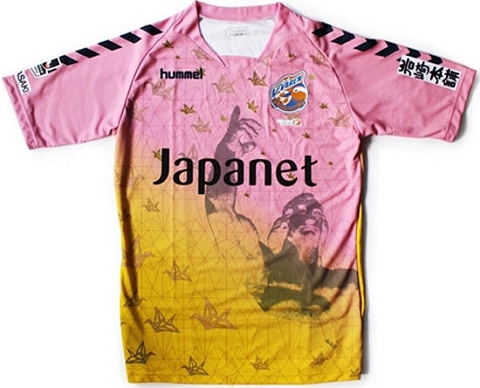