Whatever Arsenal do, it almost always seems to backfire in some quarters. The rumblings of discontent, quietened by the outstanding performance in beating Chelsea in the FA Cup final, are surfacing in the absence of any new signings.

All the while, the club ploughs on, releasing their 2017/18 home kit at Kings Cross Station. It wasn’t without controversy; no shirts for Szczesny, Wilshere or Debuchy, while Welbeck was briefly offered the #7 shirt on the official site. 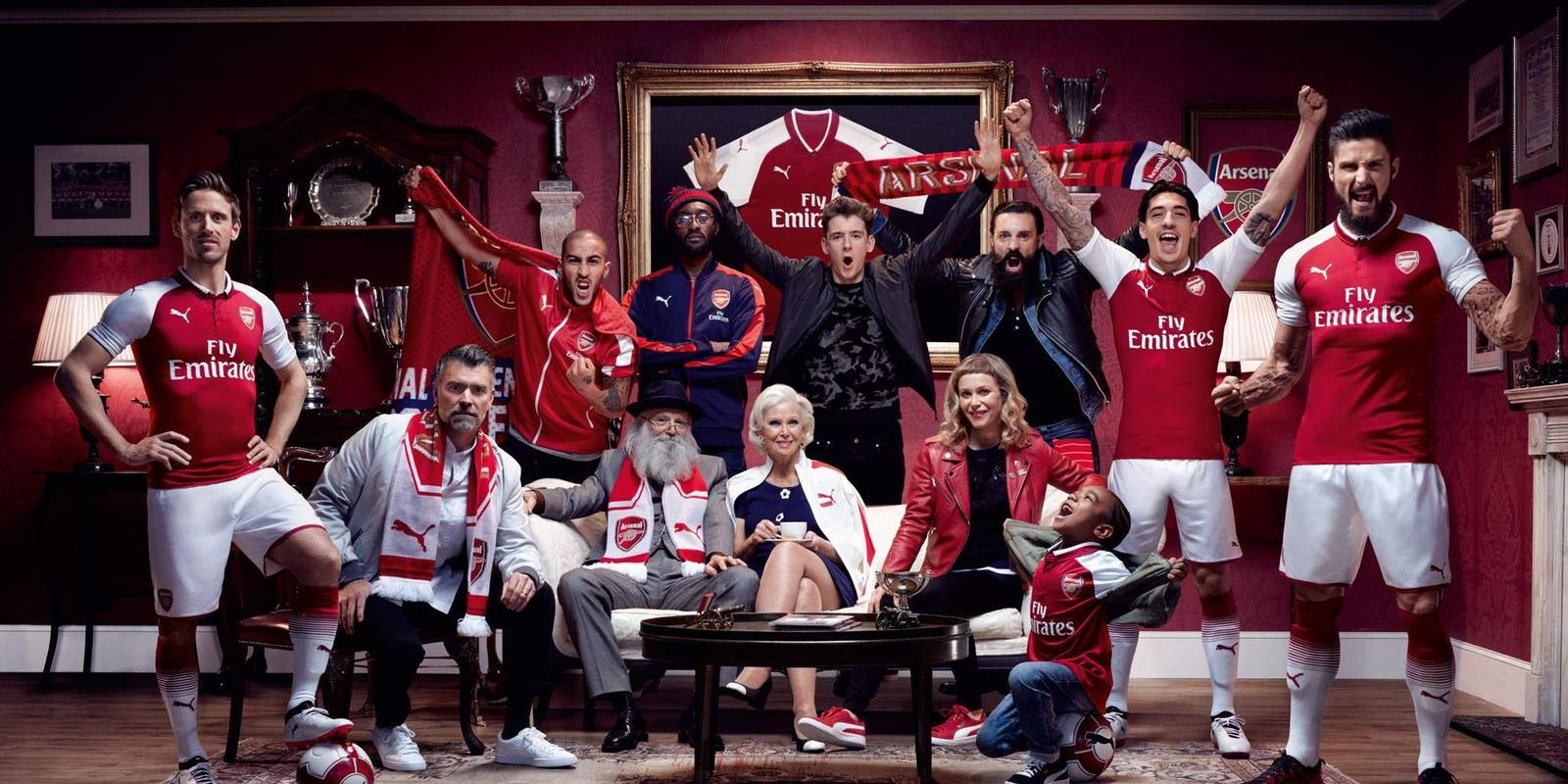 The reaction from supporters has been mixed. Criticism of the white shoulders and collar were countered with praise for Puma in using the ‘proper’ shade of red. Called this “Chilli Pepper”, it is the deeper red usually associated with Arsenal kits. 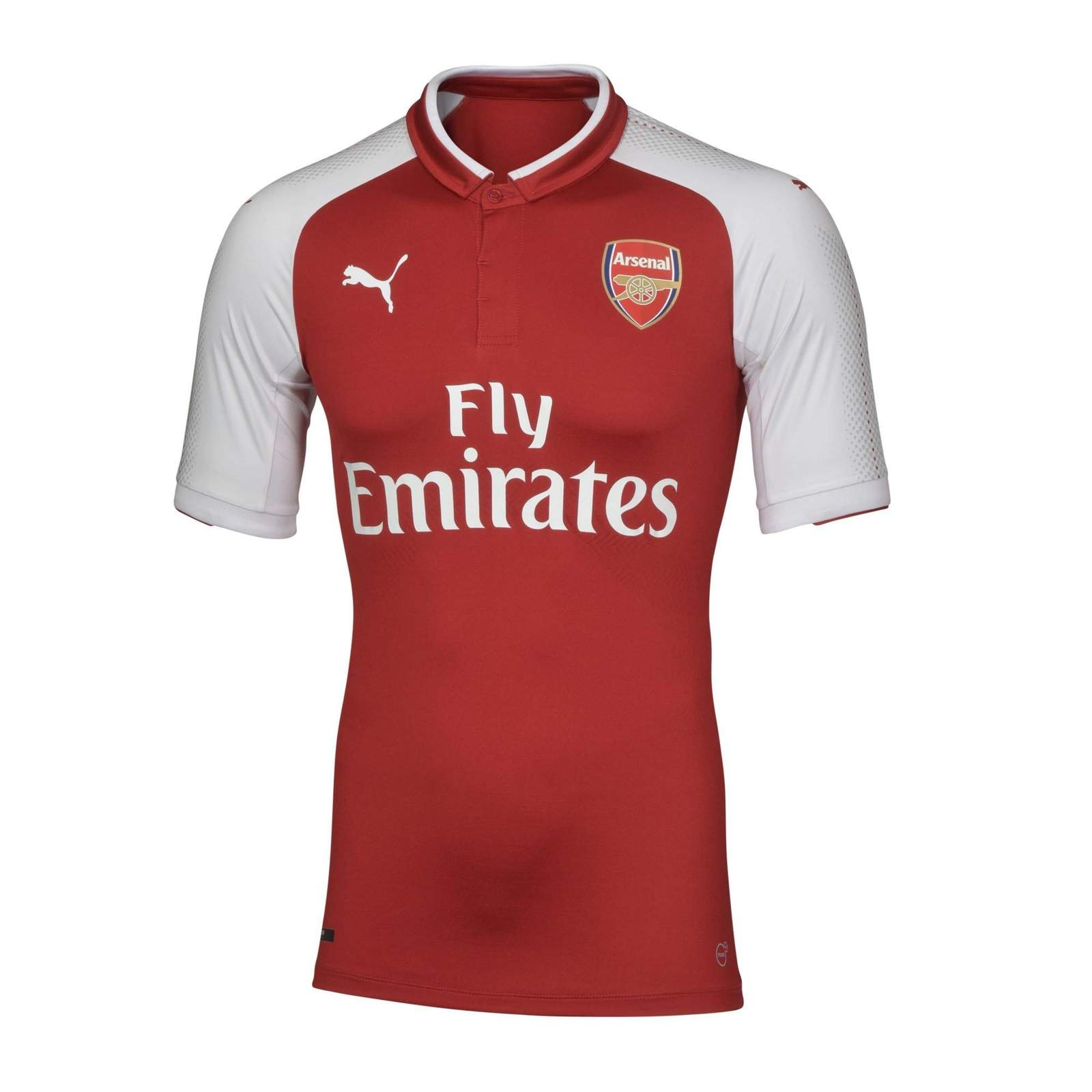 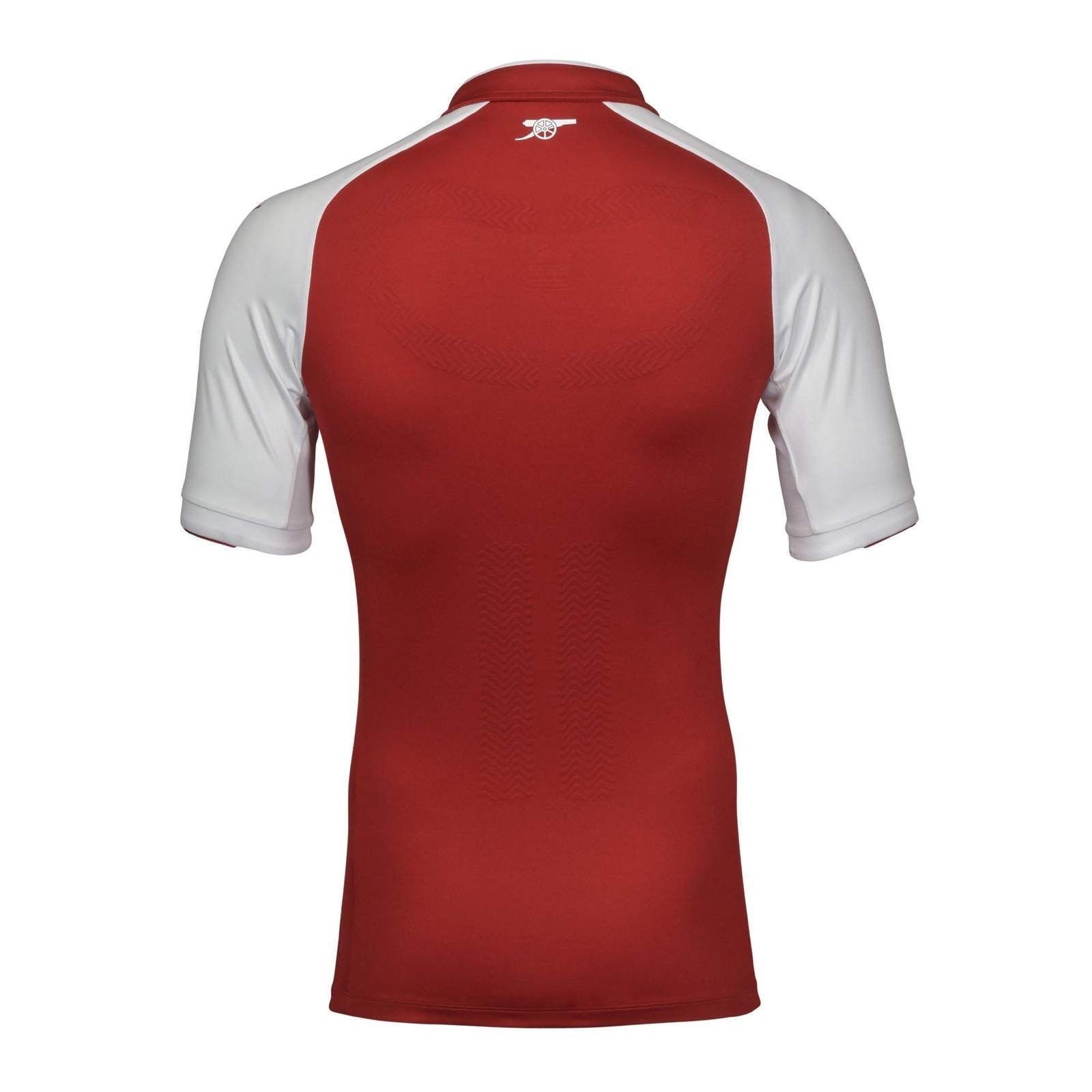 A clean red and white pattern makes the shirt instantly recognisable. The twist this season comes with the full white sleeves merging into the shoulders which houses Puma’s logo in red.

Unlike a number of other clubs, Arsenal are unable to take advantage of the change in Premier League rules which permit sponsors logos on the sleeve. Their contract with Emirates Airlines doesn’t permit other companies to advertise on any Arsenal attire. 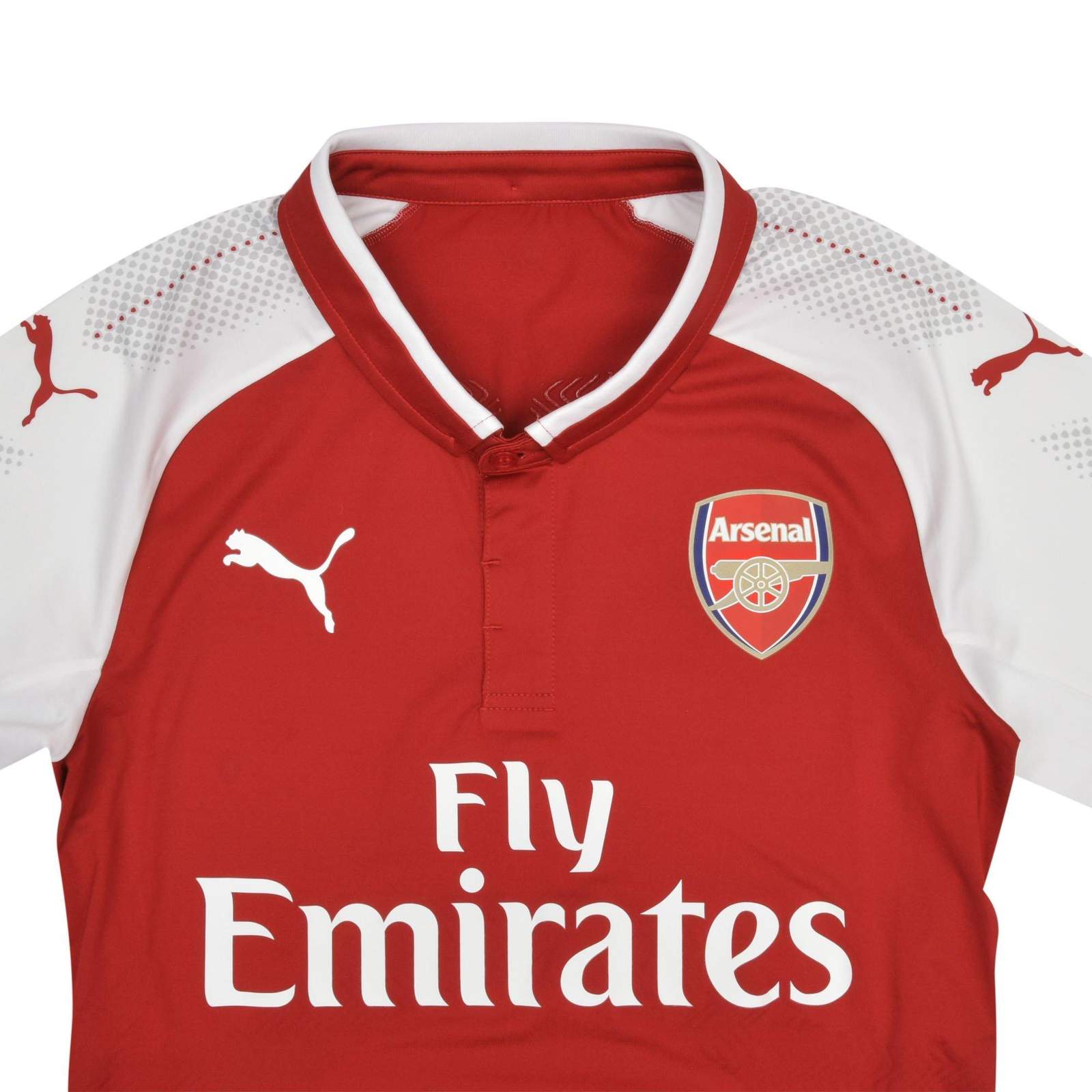 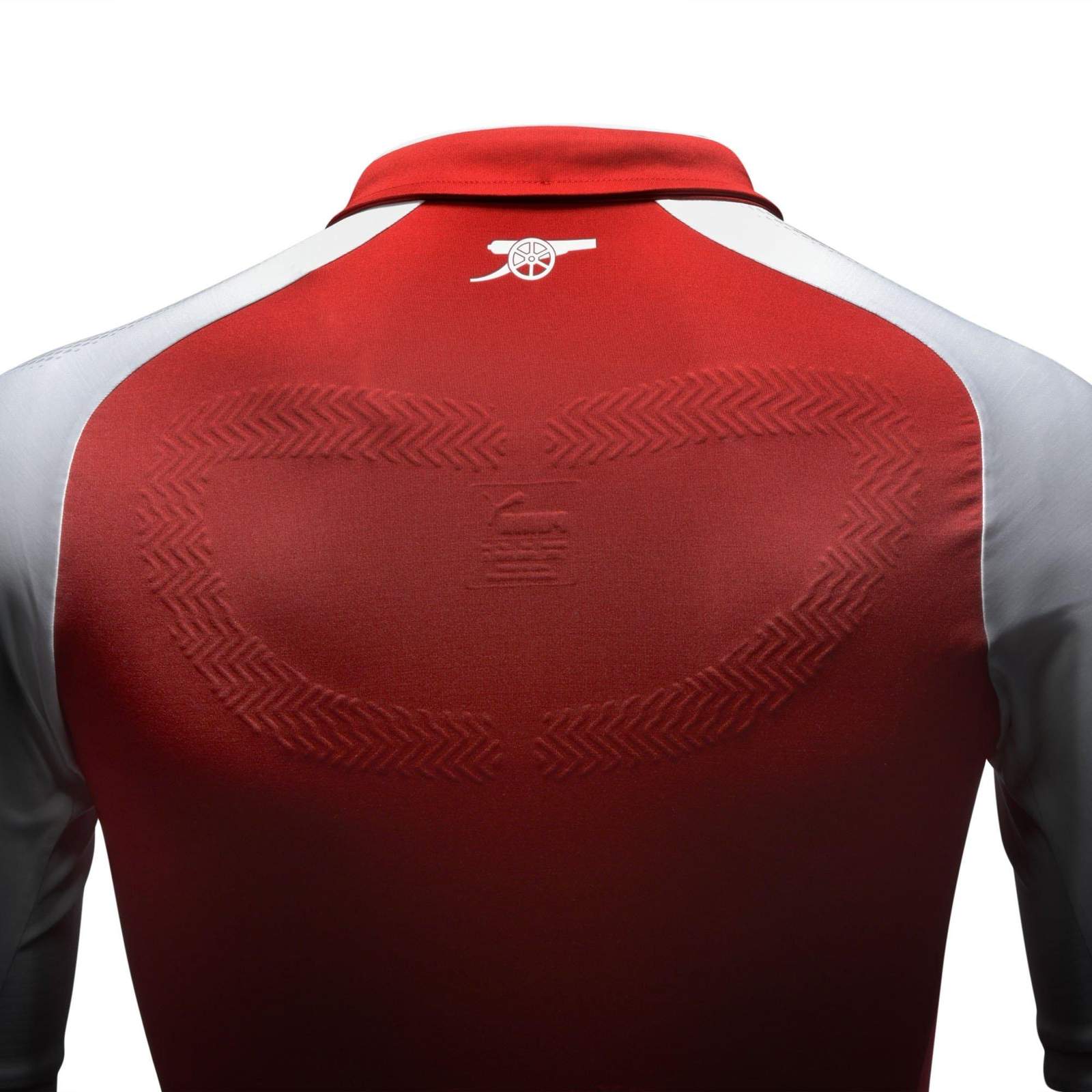 The collar is a two-button polo style. Predominantly red, it comes with a white band at the top. At the back, below the collar, is the club’s famous cannon motif in white.

Meanwhile, there is an embossed laurel wreath between the shoulder blades. 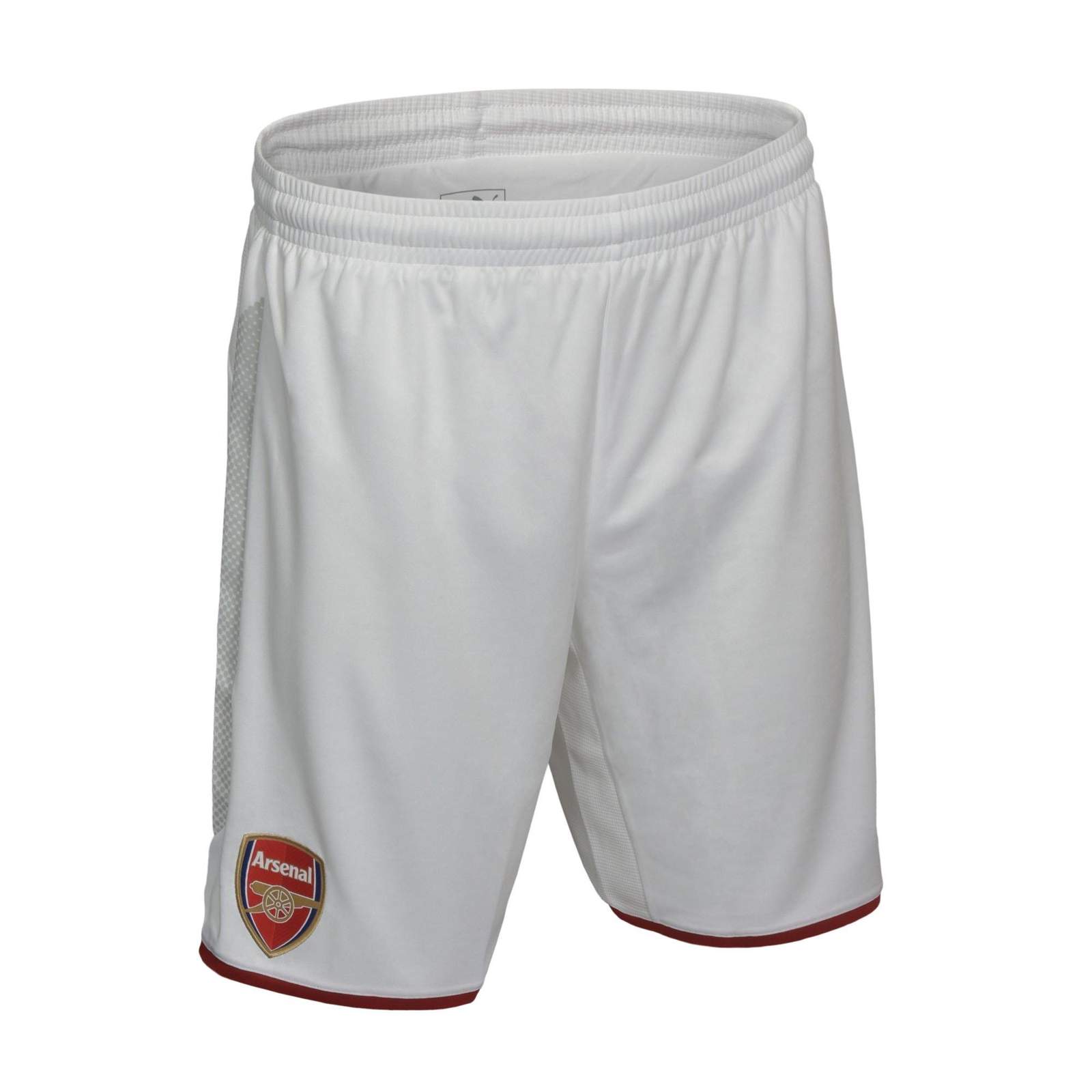 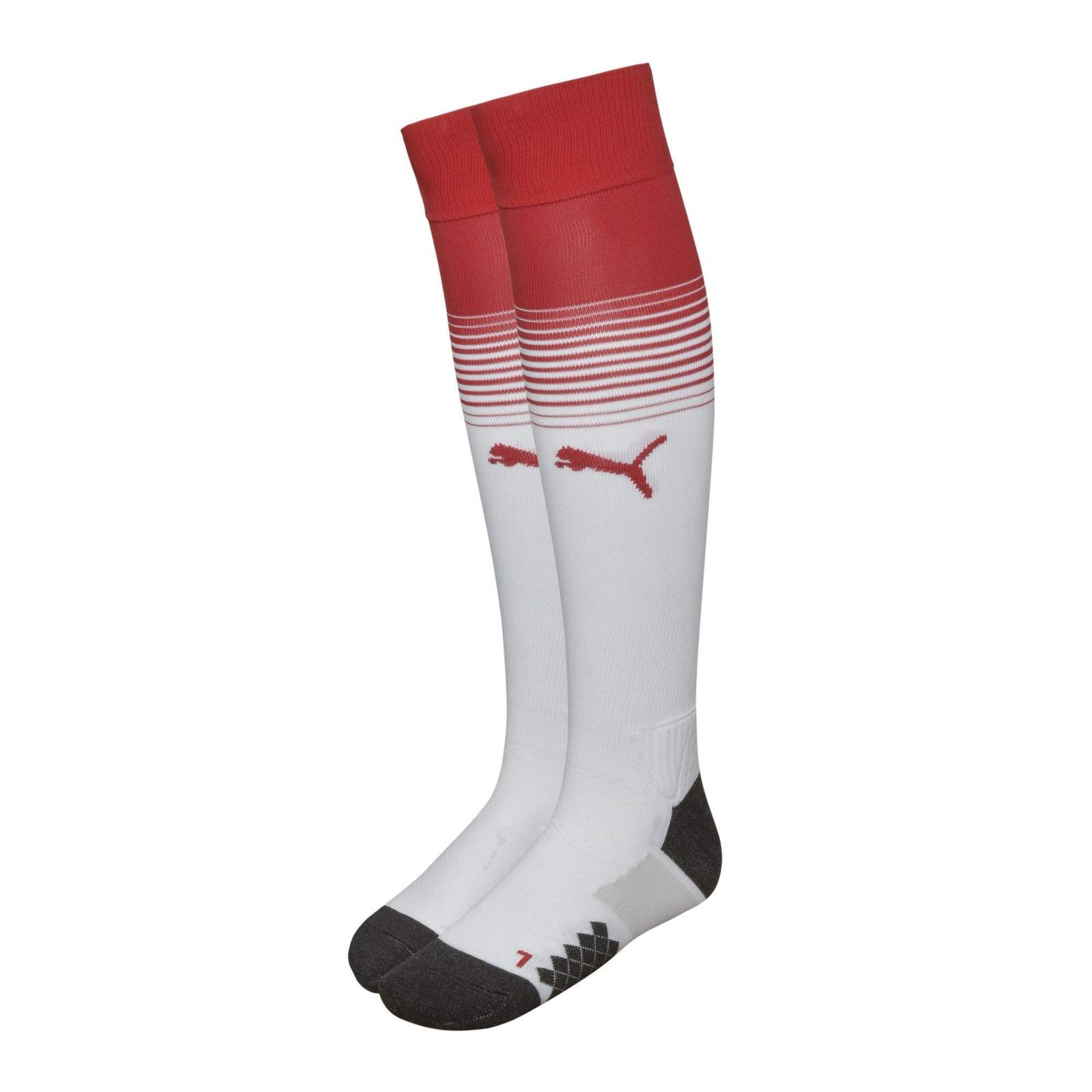 Finishing the kit is white shorts, featuring a thin red band at the bottom of each leg, while the white socks use a red turnover.

This is the Arsenal 2017-18 home goalkeeper shirt: 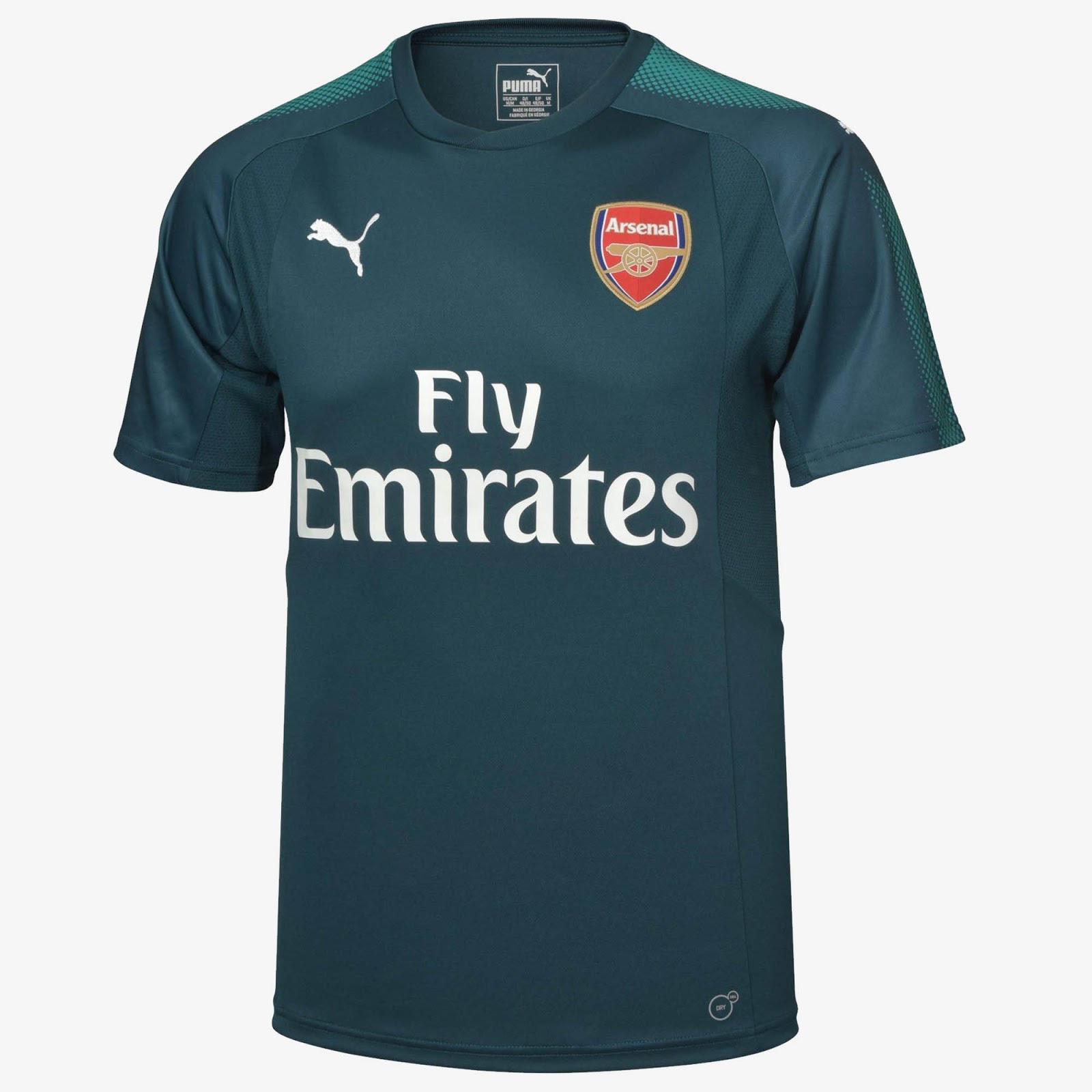 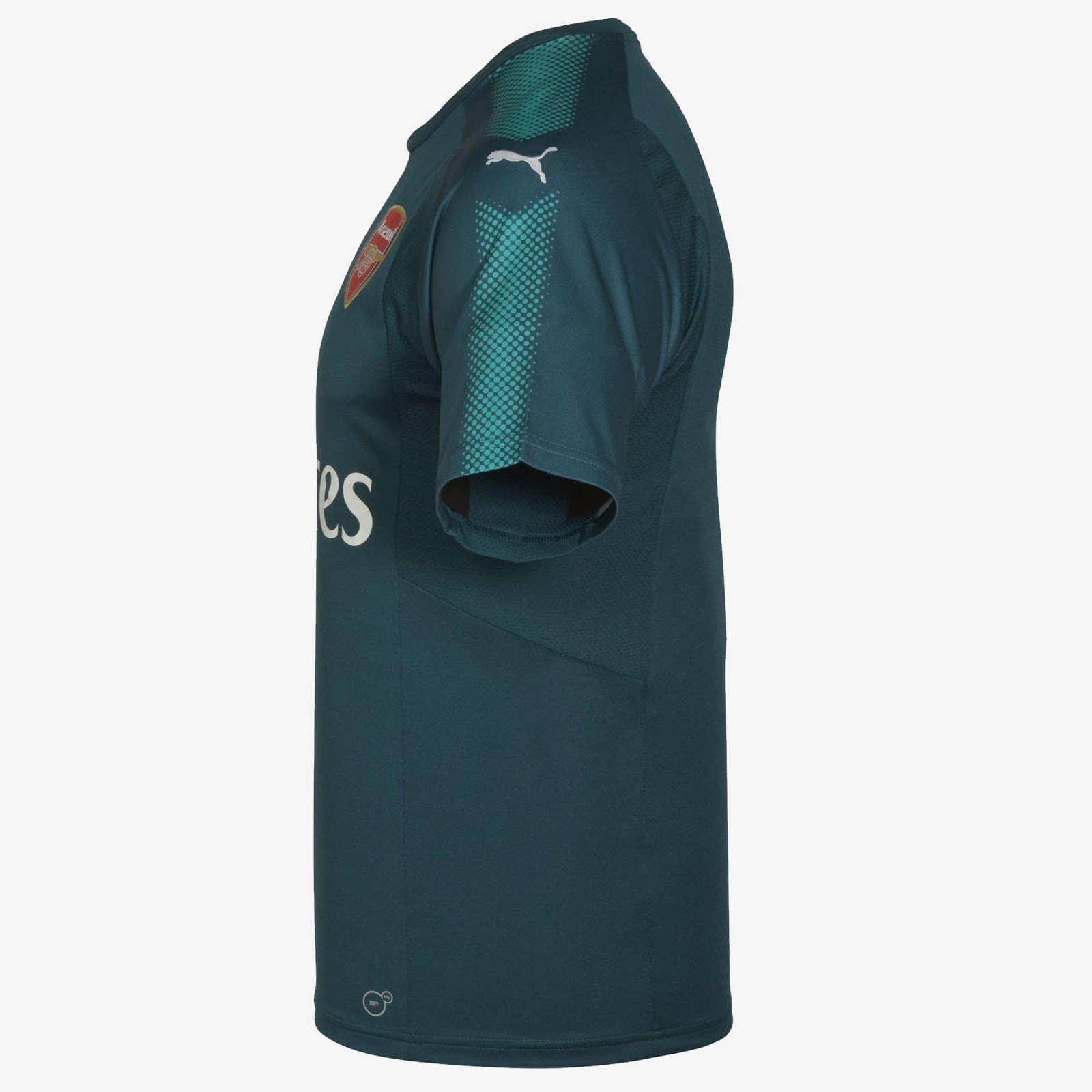 The deep green shirt is a clean template, devoid of colour interruption beyond the grey-green graphics down each shoulder and sleeve. 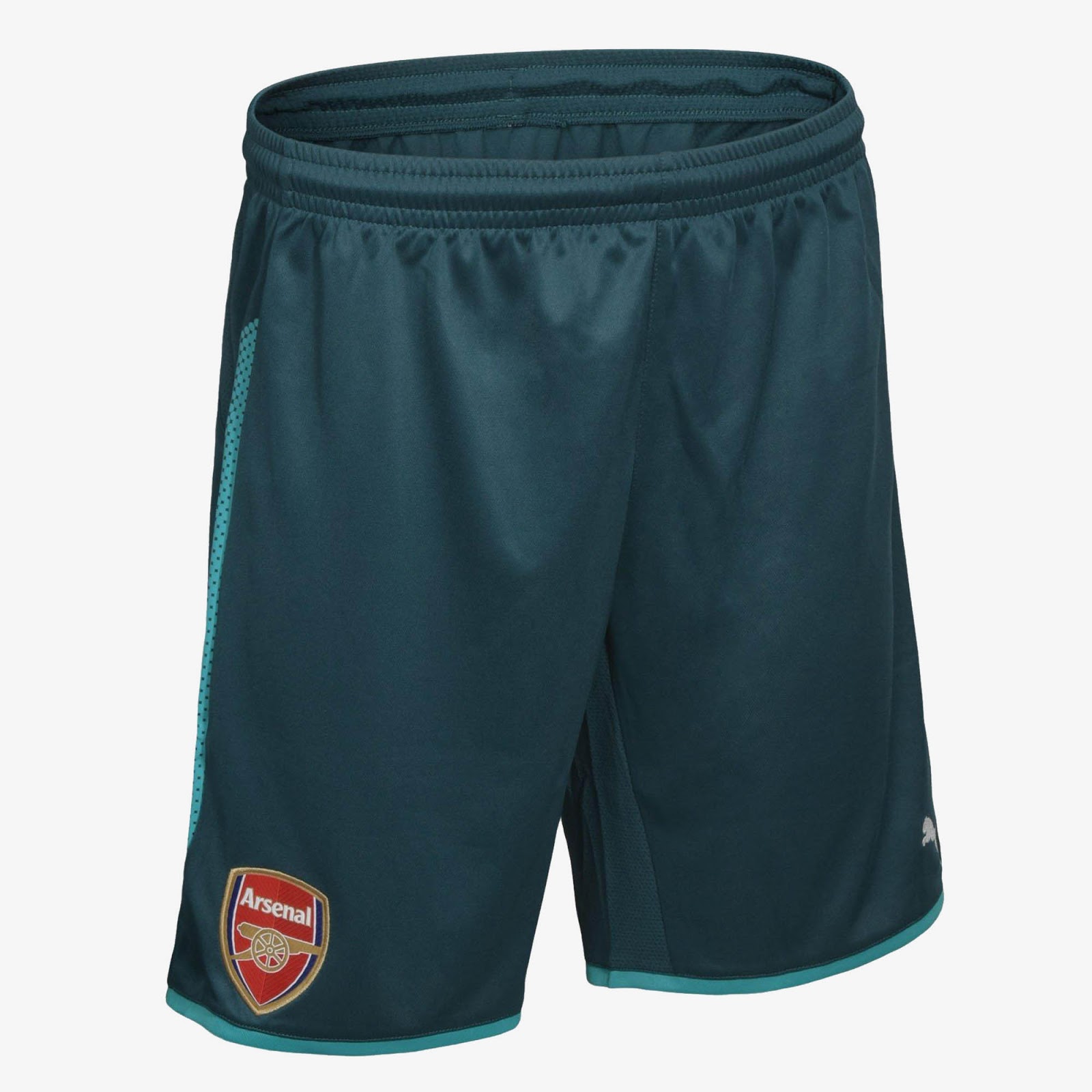 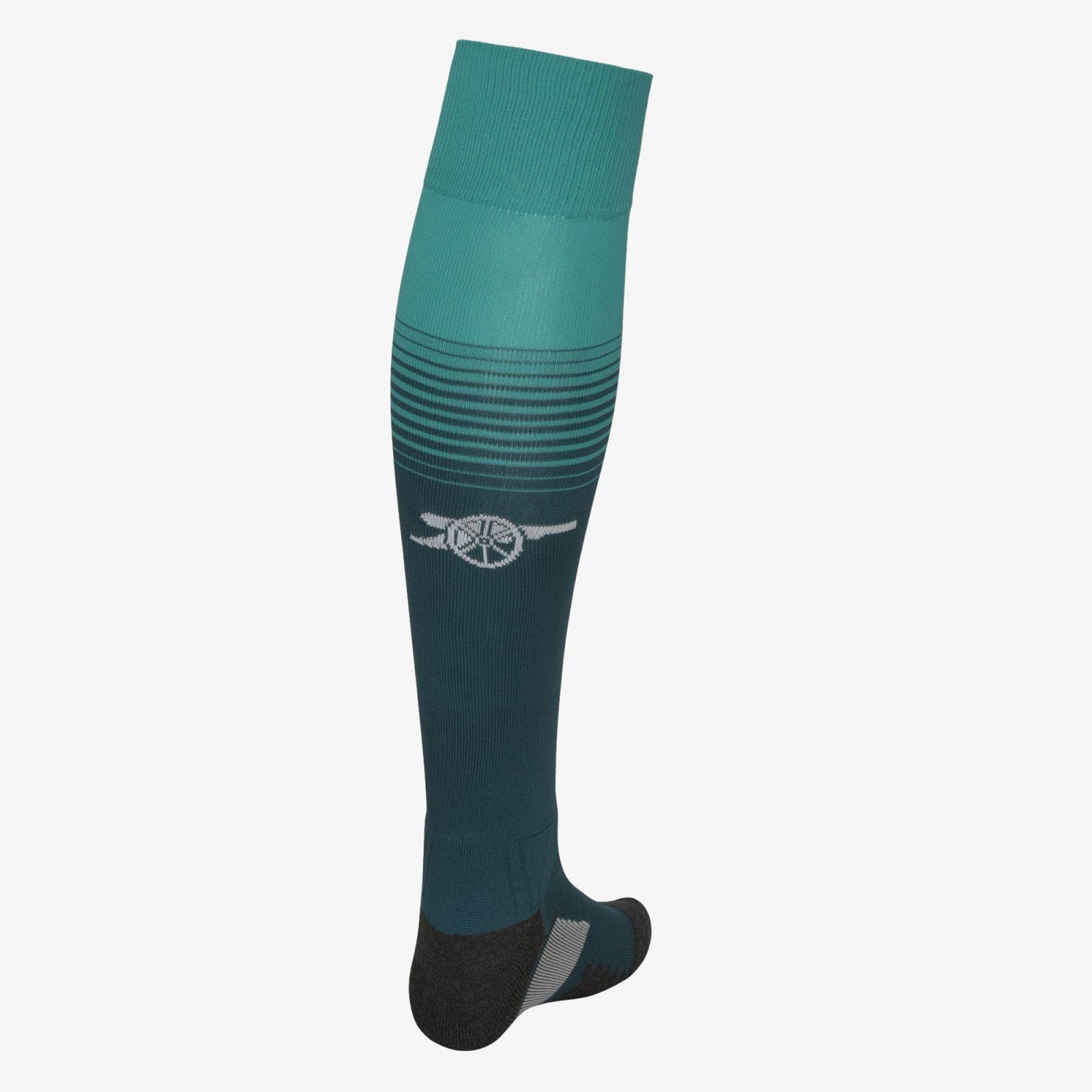 Meanwhile, the shorts and socks are predominantly green with the same contrasting colour as trim.